Mr. Selfish and I feared the consequences of eating out too much and not working out while on this year-long adventure.  Therefore, one of our first priorities was to find a gym in London.

The first gym that we found was an L.A. Fitness, which is where we had gym memberships back in Orlando.  We signed up for free 5-day passes and worked out every single one of those five days.  I even took a few yoga classes – even though I had difficulty understanding the instructor’s British at times.  Once that expired, L.A. Fitness wanted to charge us 45 pounds each for 2 weeks.  Since we had a month longer in London, that would have been 180 pounds (~$285 USD) for the both of us!

Luckily, we found the Archway Leisure Center, which was having a summer deal for a 30-day membership for only 30 pounds.  So we paid 60 pounds (~$95 USD) (instead of 180 pounds at L.A. Fitness) in order to work out and avoid the appearance of Jabba the Ho. 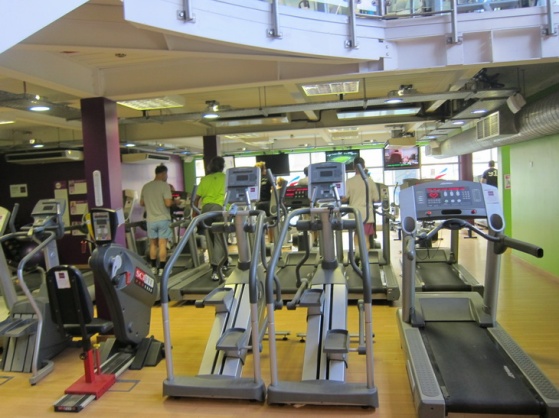 Mr. Selfish likes to swim laps so the pool will come in handy.  I must also note that L.A. Fitness didn’t have a huge monster slide.  Although I haven’t gone down it yet, I will soon! 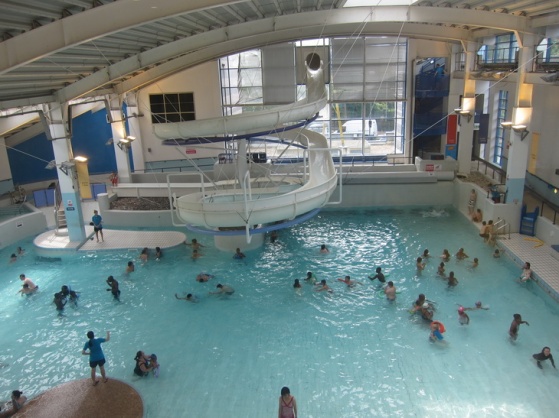