Mr. Selfish and I adore Downton Abbey so when we learned that the exterior and interior shots were filmed at Highclere Castle, we knew we had to take a day trip there.  Unfortunately, we used up all of good weather karma in Ireland and London. It was raining the entire time and extremely chilly.

Highclere Castle was still magnificent.  It was built in the 1830’s in the same style as the Houses of Parliament in London.  The Earl of Carnarvon and his wife currently reside in Highclere Castle.

We weren’t allowed to take photographs inside but I snuck a couple of Lady Edith’s room and the servant’s board.  As we toured the other many rooms, such as the saloon and the dining room, we could imagine the Dowager Countess of Grantham, as played by Maggie Smith, making snippy and disparaging remarks. 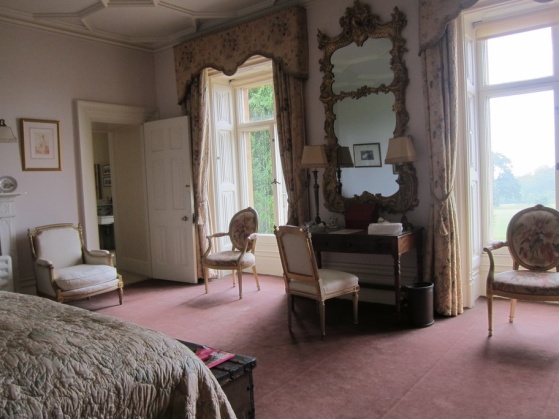 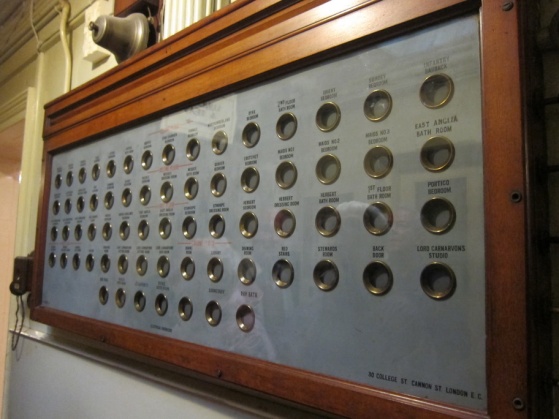 We had hoped that the rain would cease by the time we finished the inside tour, but we had no such luck.  We nevertheless toured the extensive grounds and gardens. It would have been lovely to lounge about on the grass on a sunny day… 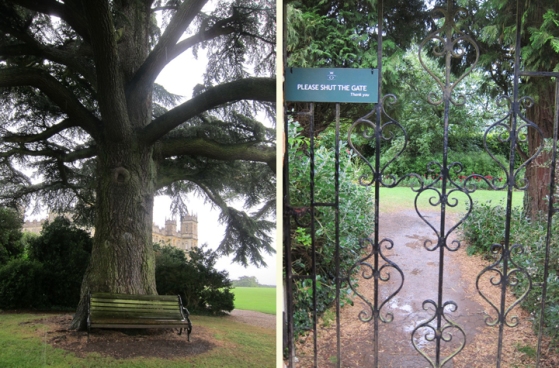 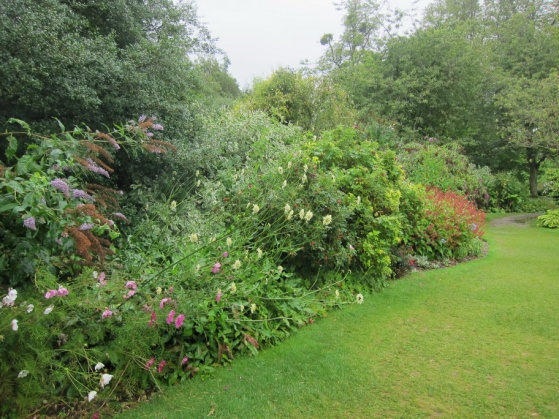 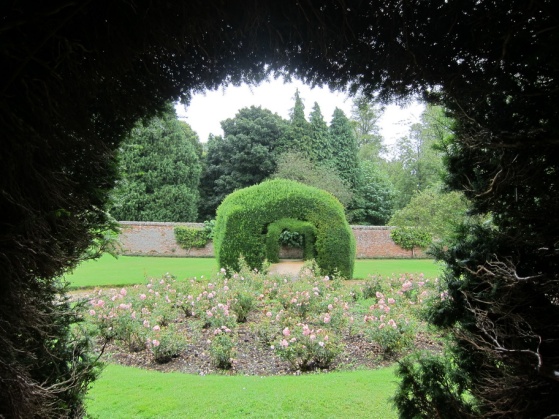 We came upon a wild flower field that was ideal for photographs. 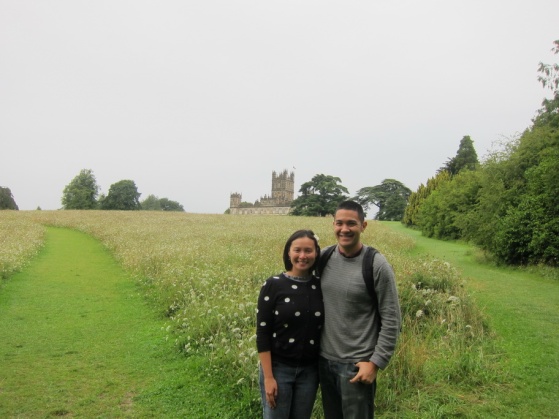 Even though the rain didn’t stop and the sun never came out (as the weather man had promised), I still mustered a jump for joy before we left.