Mr. Selfish and I did a “homeland honeymoon,” which means we went to Hong Kong and Vietnam.  While we were in Hanoi, we decided to try snake.  We hired a driver to take us to a restaurant in the village where they serve snake.

The restaurant had an outdoor courtyard that was lovely.  We were relaxing a bit when they brought out a snake and started playing with it.  After a couple of minutes, the negotiation for the price started.  Once we settled on the price, they got to business! 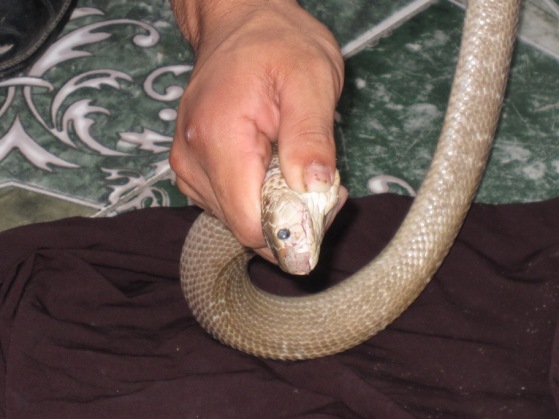 They quickly killed the snake and gave Mr. Selfish the beating heart in whiskey. They made a motion to indicate that he was to take it like a shot, and he willing obliged. They then took the rest of the snake into the kitchen and prepared us a feast of snake. There were at least six dishes – snake fried rice, snake egg rolls, snake mince meat, snake soup, deep fried snake skin, and snake stir-fry.  It was all delicious and not as gamey as one would think.  I don’t know if I would eat snake again, but it was definitely a memorable experience. 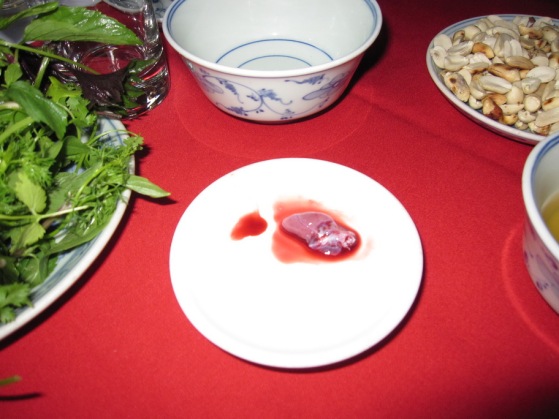 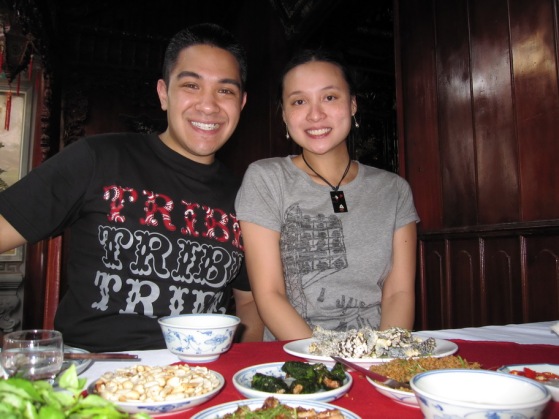