In May 2010, Mr. Selfish and I went to Brussels with our two good friends, Mike and Tini.  We didn’t spend that long in Brussels to really take it in, but here are my thoughts on what is the best of Brussels:

1.  Chocolate – It’s everywhere, and the quality is amazing.  I guess the standards in the U.S. concerning cacao content being lax are true.  The chocolate in Brussels was rich and dark – just the way I like it.  Plus, the hot chocolate is pure melted chocolate – not that horrible powder stuff.

2.  Liege Waffles – Unlike the waffles served in the States (which are known as Brussels waffle), liege waffles are richer, denser, sweeter, and chewier.  They are sold throughout the streets of Brussels, and you can add a variety of toppings from strawberries, bananas, nutella, to whipped cream.  I couldn’t get enough of these waffles! 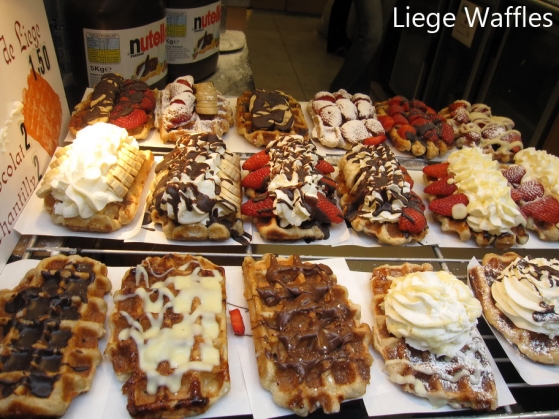 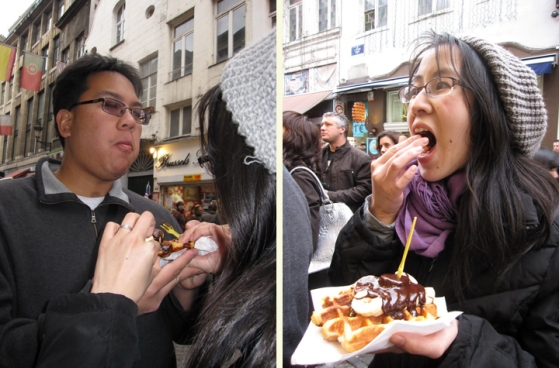 3.  Double-Cooked Fries – Even though we call them french fries, fries were actually invented by the Belgians as early as 1680.  The “french” part was added by American soldiers during World War I since French was the official language of the Belgium army.  In any case, the Belgians know how to make their fries because they double deep fry them.  They also make different flavor of ketchup.  Mr. Selfish and I particularly enjoyed the curry flavored ketchup.  Yum!

4.  Beer – In Belgium, there are approximately 178 breweries.  Mind you, Belgium is not that big.  They just love their beer.  There is an amazing variety of Belgian beer, and Mr. Selfish and I wanted to try them all.  Alas, we only had two days in Belgium. 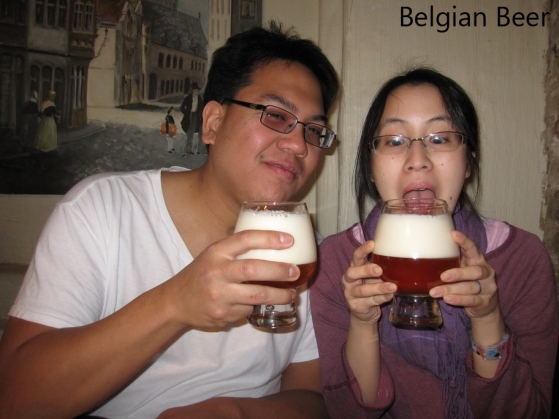 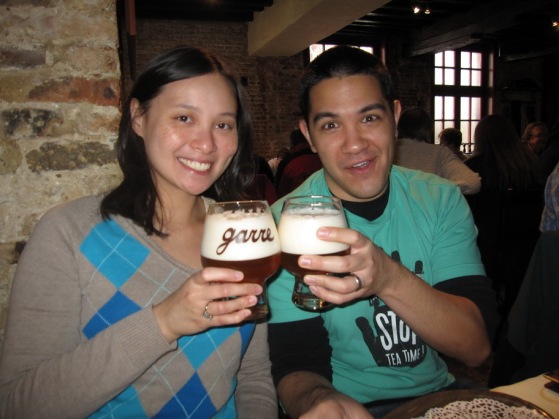