On our honeymoon in 2009, Mr. Selfish and I went to Hanoi, Hue, and Saigon in Vietnam.  Vietnam is a land of motorcycles.  The roads are full of them, and there is a constant honking sound at all times.  We quickly learned that honking is not to indicate that something has gone wrong but rather it is to indicate one’s presence.  In other words, a honk is equivalent to “hello, I’m riding here.”  It was definitely something we had to get used to.

In any case, one of our favorite past times was finding interesting items being hauled on motorcycles.  We saw whole families, kegs, ducks, and chickens.  We also found a huge live pig on its back, but we didn’t get the camera out in time to capture it. 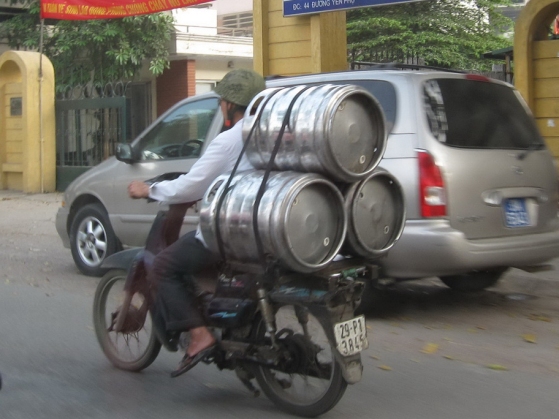 Mr. Selfish and I also took a few cyclo rides.  The first time, we felt bad that the man had to carry the two chubby Americans.  To ease our guilt, the second time around we each hired a cyclo driver instead. 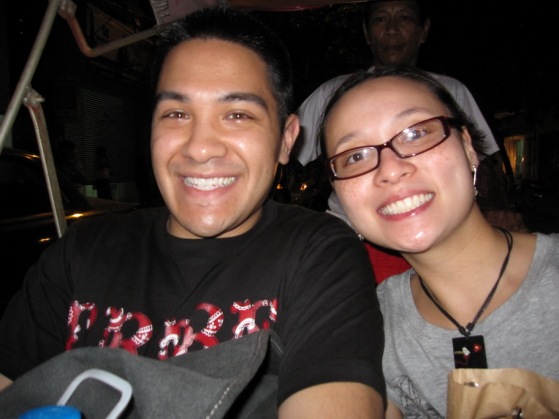 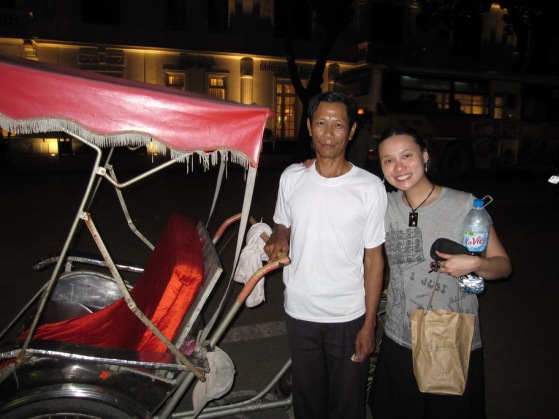 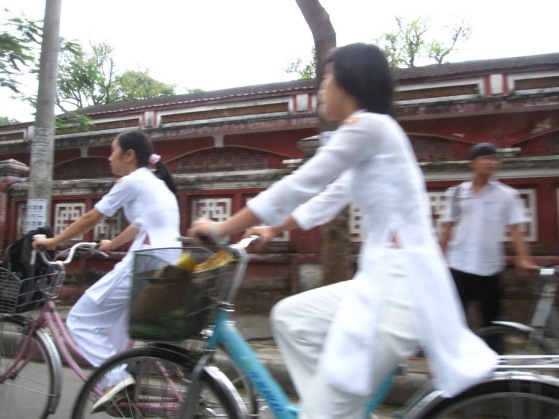 Fun times.  We can’t wait to go back to Vietnam for the Lunar New Year celebration (Tet) at the end of January 2013.