Yesterday, we discussed general impressions about Disneyland Paris (DLP).  Today, we’re going into more detail about the rides at DLP.

My favorite thing about Disneyland Paris is that you can go into Sleeping Beauty’s Castle. It is not just a facade like in Magic Kingdom in Orlando. There is magnificent stain glass windows concerning the major scenes in the movie, and you can see Maleficent as a dragon underneath. 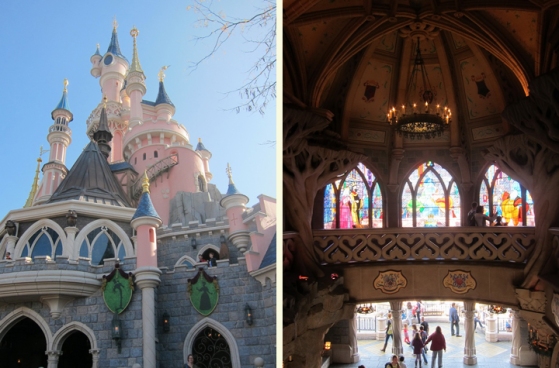 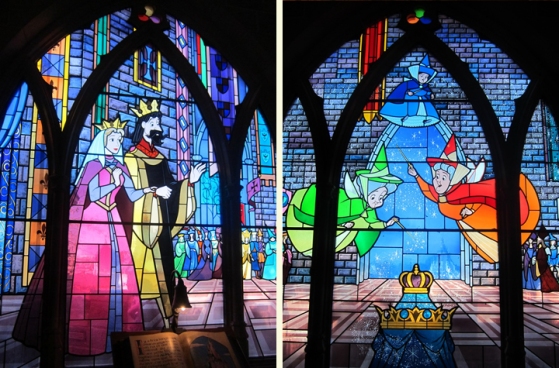 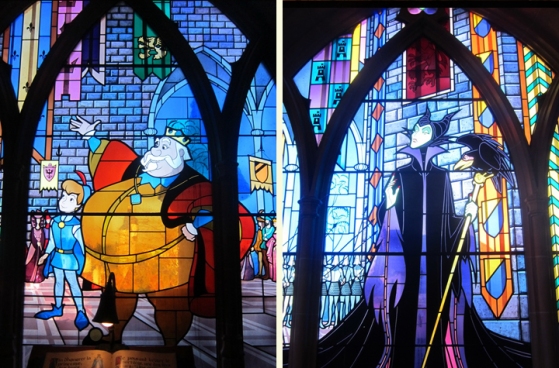 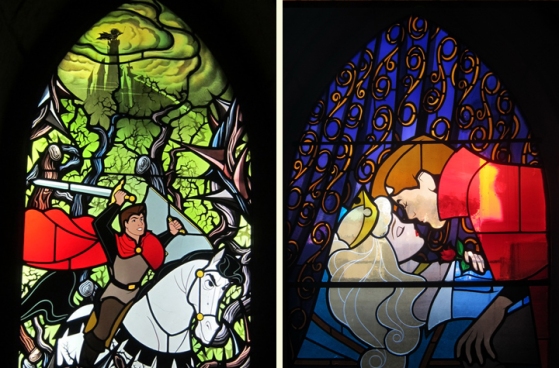 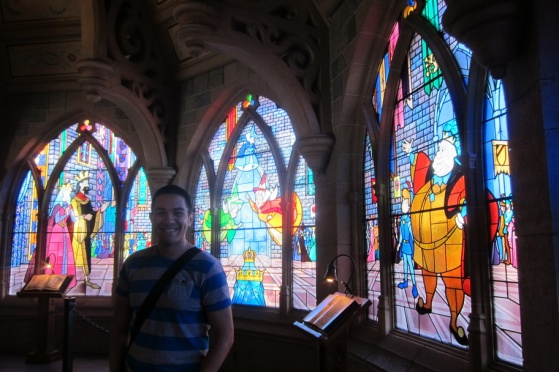 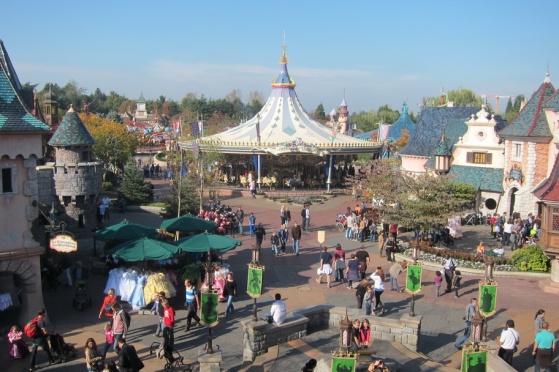 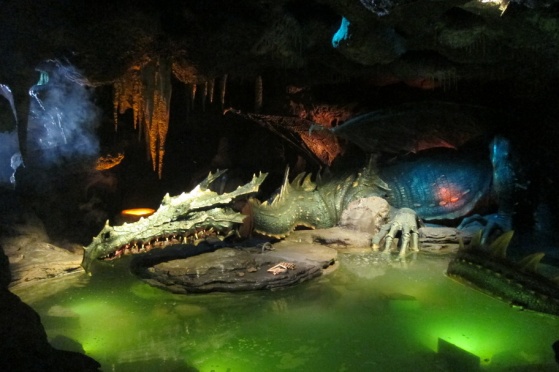 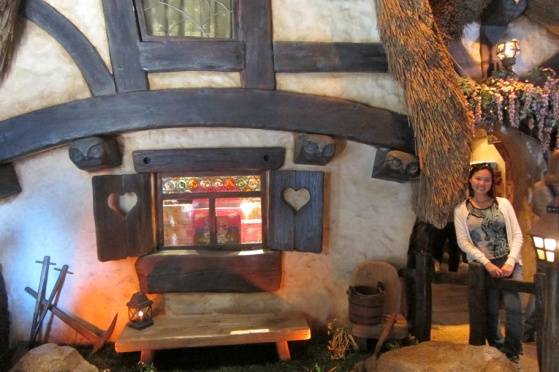 The only ride that I thought was better at DLP than in Orlando was Big Thunder Mountain. DLP’s version was longer and had a lot more twists and turns than the one in Orlando. It was a pleasant surprise! 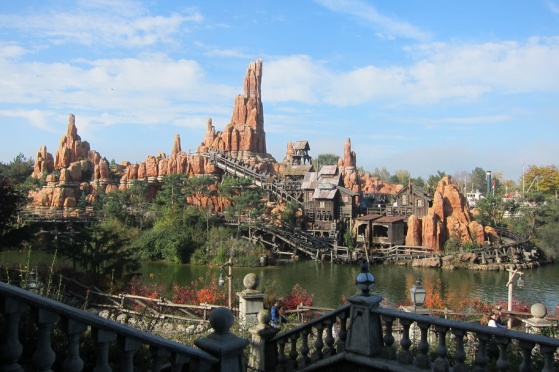 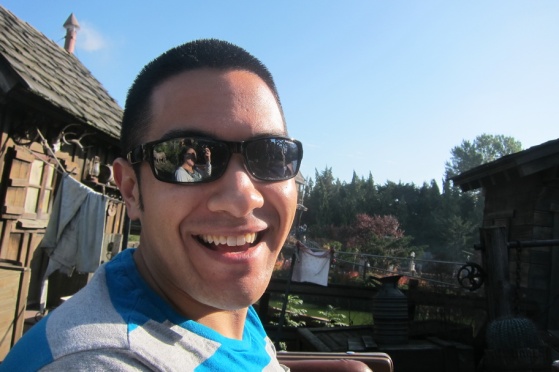 I thought that the Pirates of the Carribean was different – not better or worst. There were some of the same scenes, such as the “Dead Men Tell No Lies,” the prison inmates trying to tempt the dog with the keys, and the selling of women bit. But there were also differences – particularly the scenes when the town was on fire were well done and the scenes with the skeletons at the end.  Notably, Johnny Depp is absent from Pirates at DLP.  They must have just added him to the US parks. 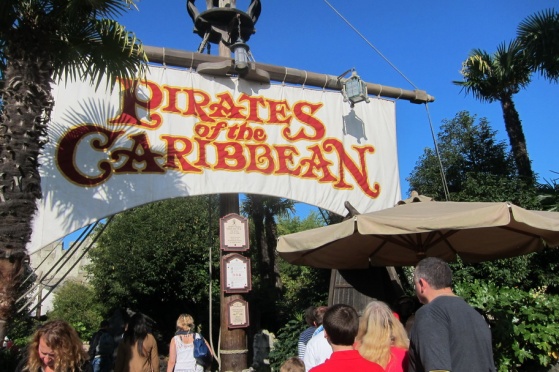 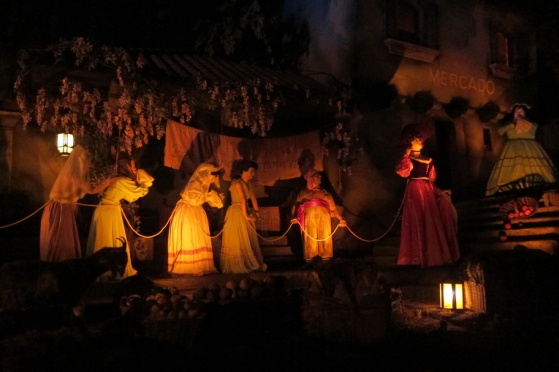 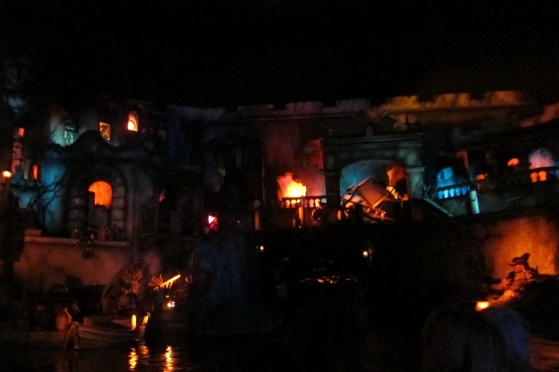 Mr. Selfish and I also went on the Tower of Terror and Buzz Lightyear and found those two rides to be quite similar to their Orlando counterparts. 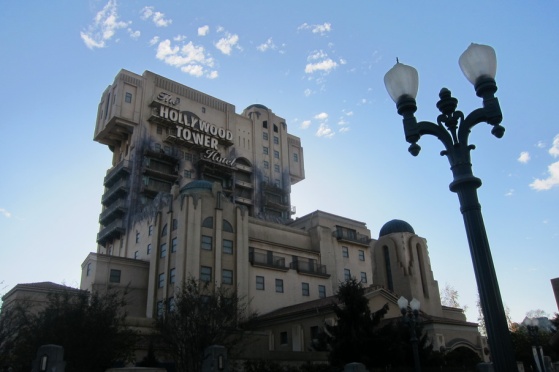 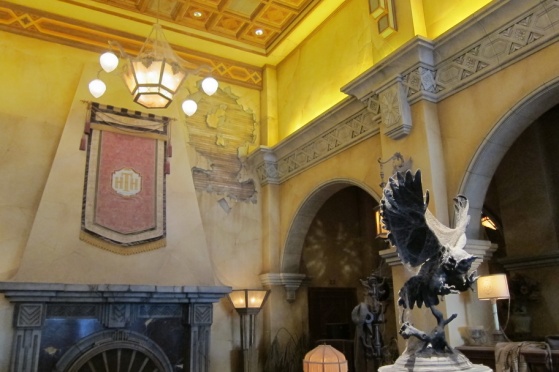 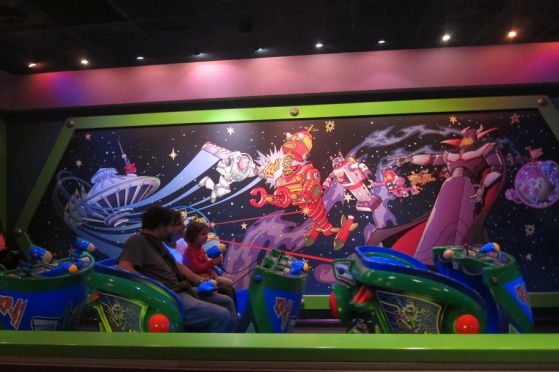 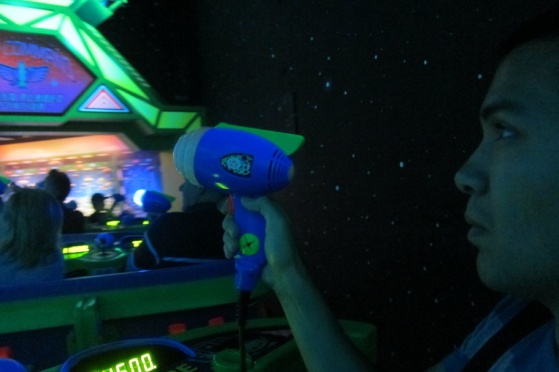 The ride that I thought was inferior was the Haunted Mansion.  First of all, there was no narrator throughout the ride.  I don’t know if they didn’t want to translate or something but it was just quiet.  Second, the paintings in the waiting room were not as well done.  We still stood under the woman with the parasol and booked through the door first, but the paintings were not as intricate.  Third, they cut back on some of the transparent ghosts.  Fourth, it seemed like they were trying to actually being scary instead of campy (see creepy dog and skeletons below). 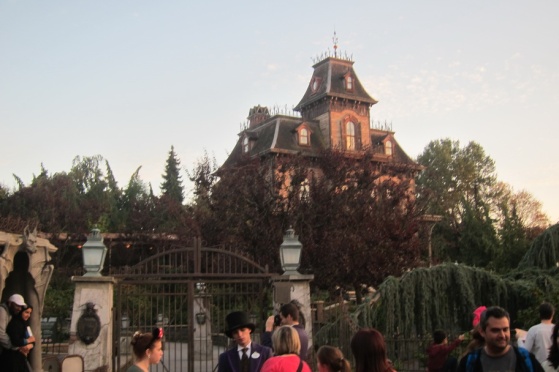 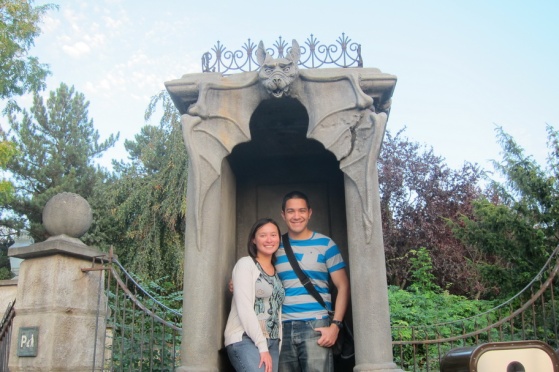 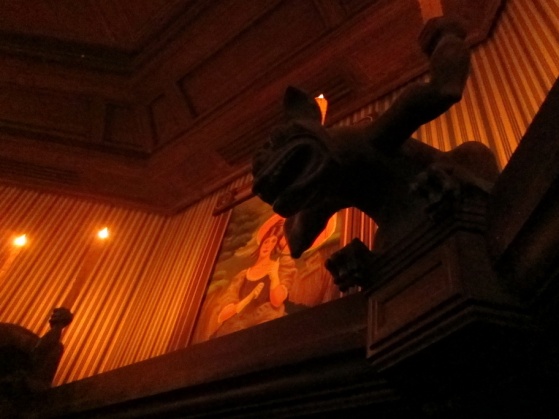 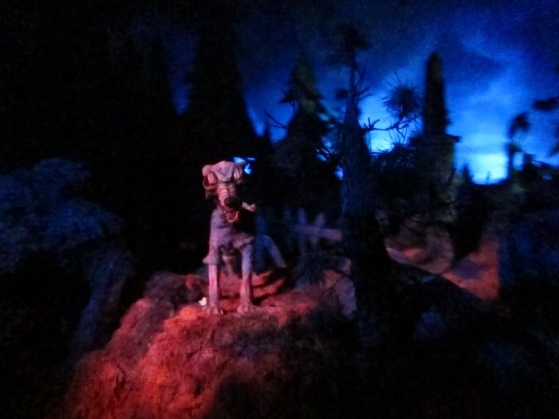 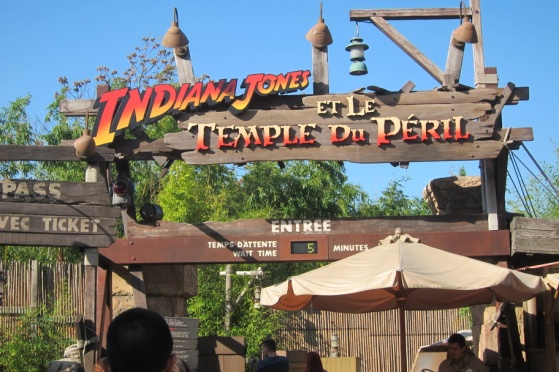 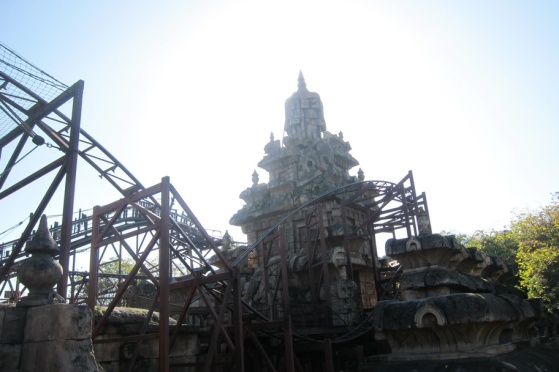 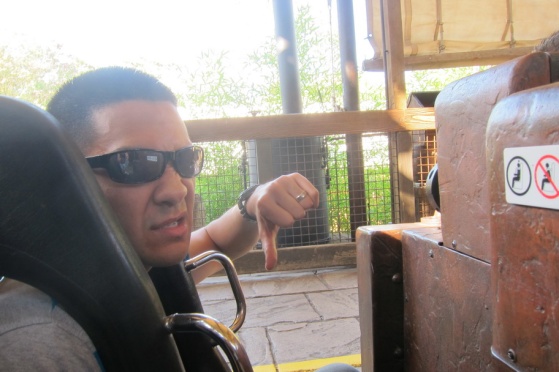 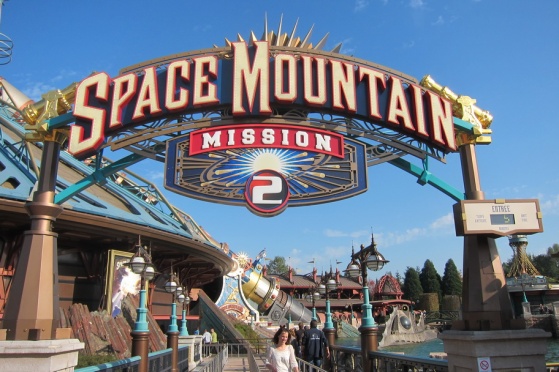 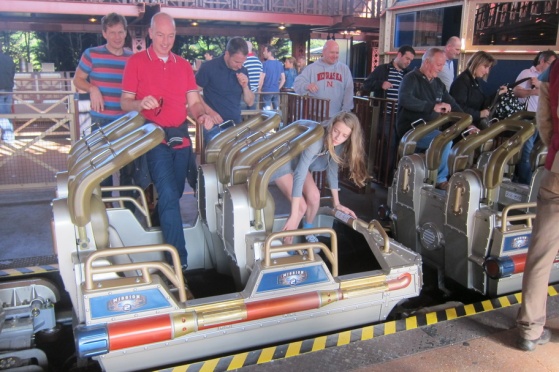 On the other hand, we went to Alice’s Curious Labyrinth and CinéMagique. Both of these were well-done and fun. We especially enjoyed CinéMagique, which was an interactive movie starring Martin Short and Julie Delpy. 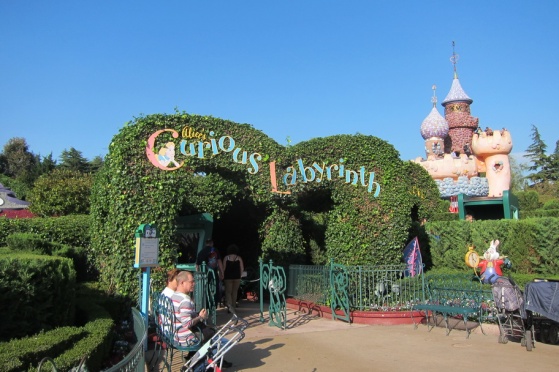 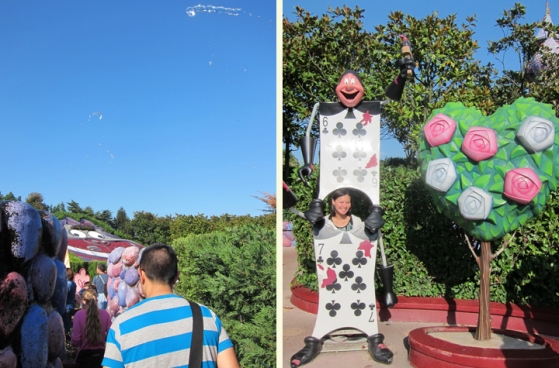 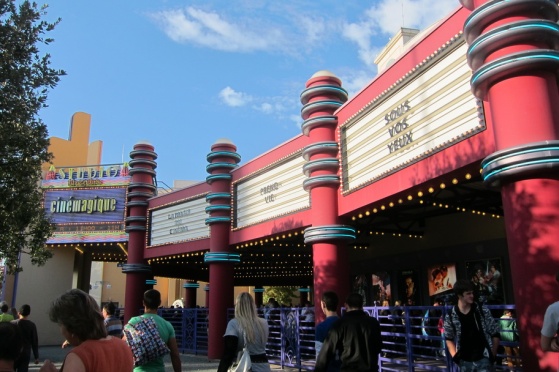 All in all, Mr. Selfish and I enjoyed DLP – just not as much as Disney World.  But that is only to be expected since we lived in Orlando for more than 7 years.