I have mixed feelings about the 14th Arrondissement. On the one hand, Montparnasse Tower was quite nice. On the other, we weren’t able to go to the Catacombs because it was closed.

To go up Montparnasse Tower, you have to take a lift that only takes 38 seconds. It takes you to the 56th floor, which has a cafe and is encased in glass. You can take photos but the reflection from the glass and lights makes the photos not too ideal.

However, you can walk up three levels to the roof-top terrace, which is dark and is not entirely covered with glass. The plus is you can take beautiful photos, of course. The minus is that it is cold and windy at the top. Mr. Selfish and I stayed on the terrace until 8pm, so that we could see the Eiffel Tower lit up. 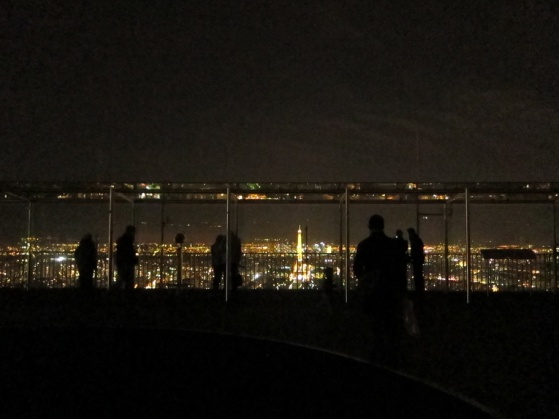 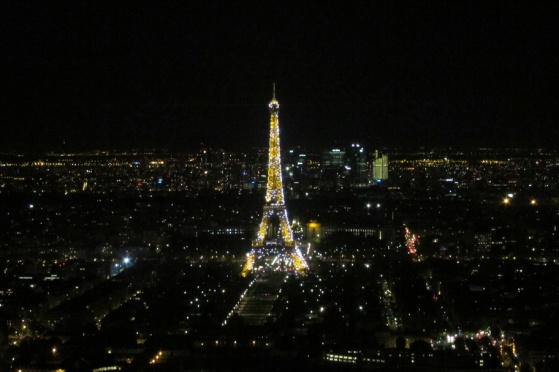 Excuse all of the Eiffel Tower photos, but as I’ve mentioned previously, I’m a little obsessed with the Tower.

As for the Catacombs, it was a huge disappointment. I had been looking forward to the Catacombs since we arrived in Paris, and we decided to wait until Halloween to do it. However, on Halloween, it was a bright and sunny day so we changed plans and went to the Père Lachaise Cemetery instead. Then, when we went to the Catacombs a few days later, it was closed. Yes, closed due to some sort of air conditioning problem. I called the Catacombs every day after that to inquire if it was open but to no avail. It remained closed until we left Paris. 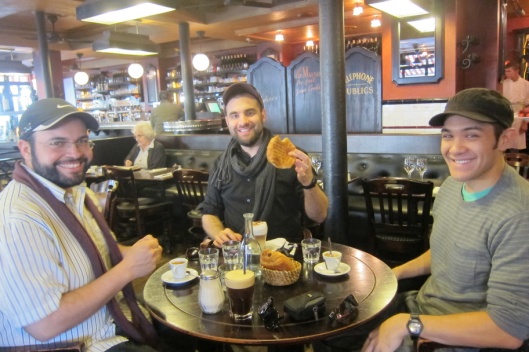