Although the weather was a bit chilly, Mr. Selfish and I enjoyed Lyon. We particularly enjoyed the Roman ruins and the Parc de la Tête d’Or.

The Roman ruins are on the hilltop near the Basilica of Notre-Dame de Fourvière. They may not be as impressive as the ruins in Rome but they were free and pretty empty. 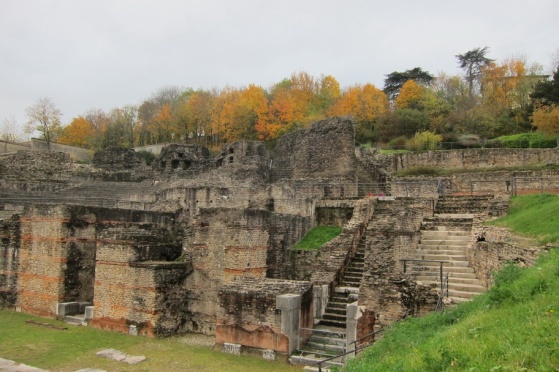 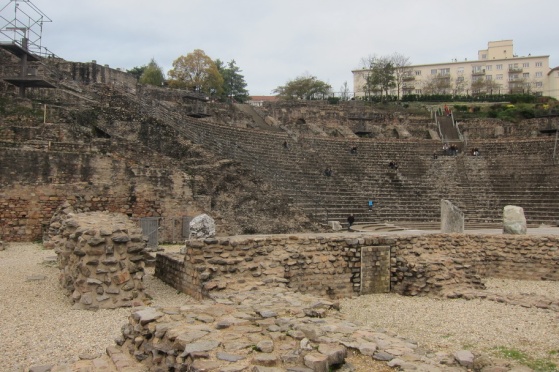 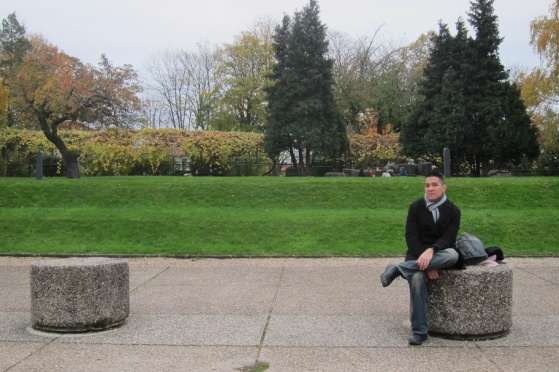 The day that we went to the Parc de la Tête d’Or was quite rainy and chilly. At first, we weren’t that impressed with the Parc since there wasn’t much to it. The leaves were nice but it was too cold outside. We did go into the green house to warm up a bit. 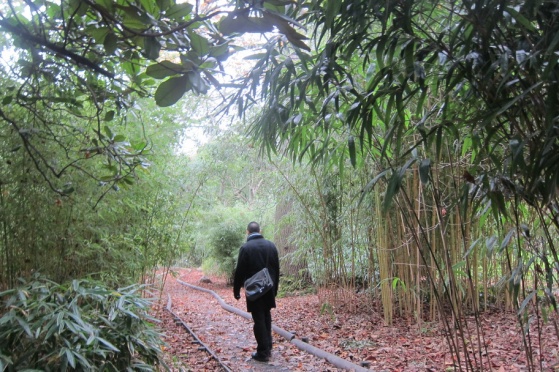 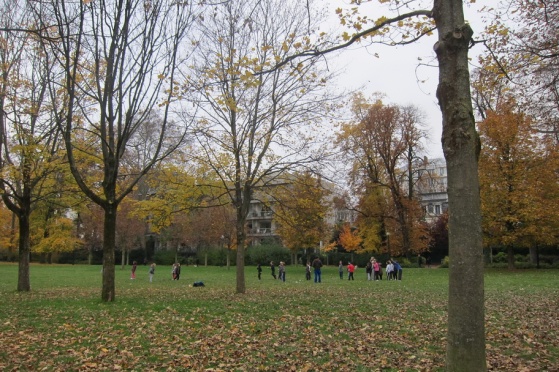 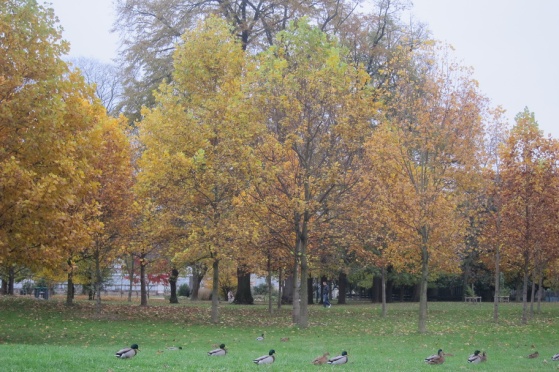 However, as we went further into the Parc, we realized that there was a free zoo. First, we happened upon this huge open grassy area where deer and ostrich were grazing. Then, we went into the more traditional zoo area and saw lions, monkeys, buffaloes, giraffes, leopards, and other animals. Our opinion drastically changed of the Parc, and we now deem it to be one of the better parks we’ve visited 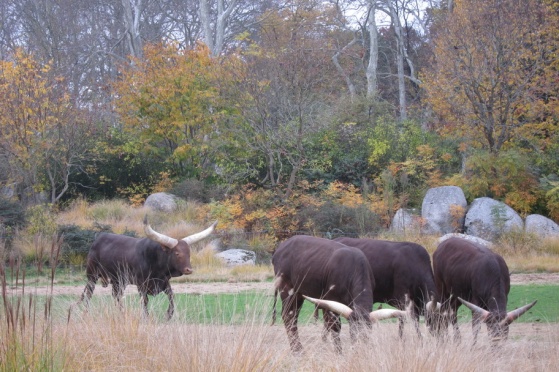 Finally, Mr. Selfish and I enjoyed wandering around old town, especially at night.

We were always looking for good places to eat since Lyon is allegedly the food capital of France, but I’ll get more into that tomorrow when I go over our culinary adventures in Lyon.