Mr. Selfish and I spent the week of Thanksgiving in Barcelona. We stayed in a lovely apartment with his parents and his sister. It was nice to have some family time during our selfish year.

Barcelona is known for its Gaudi architecture. I found it interesting that Antoni Gaudi died from his injuries from a tram accident. He was dressed like a bum and no one recognized him at the hospital until it was too late. Gaudi was certainly a character, and his architecture showed his crazy way of thinking.

My favorite work of Gaudi is Casa Milà (better known as La Pedrera). It is an apartment building that was built from 1905-1910 and was designed for a married couple – the Milàs. It was innovative since the façade is self-supporting and an underground car garage was built. I particularly liked the wrought iron decoration of the balconies and windows. 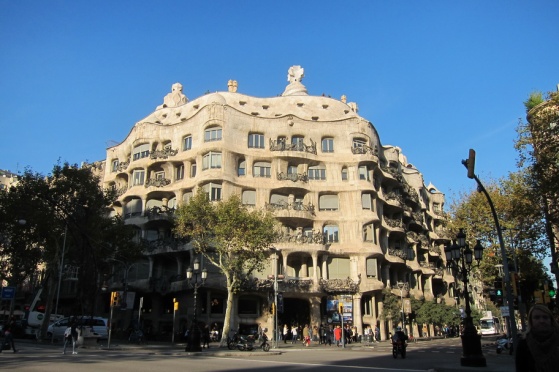 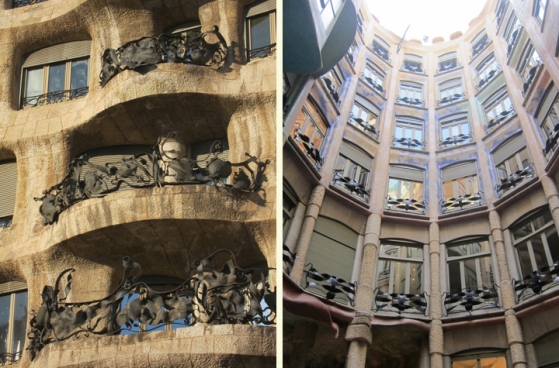 However, the best part for me was the roof. I love the views and the chimney structures that looked like soldier heads. You could also see a view of La Sagrada Família from there. 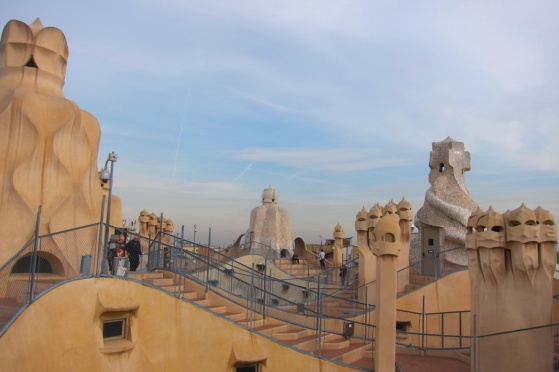 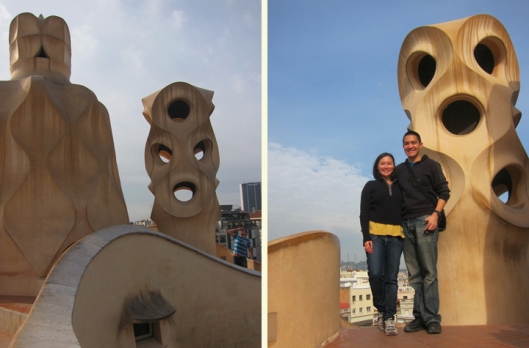 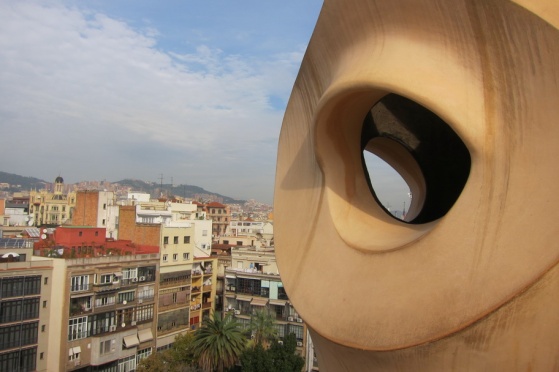 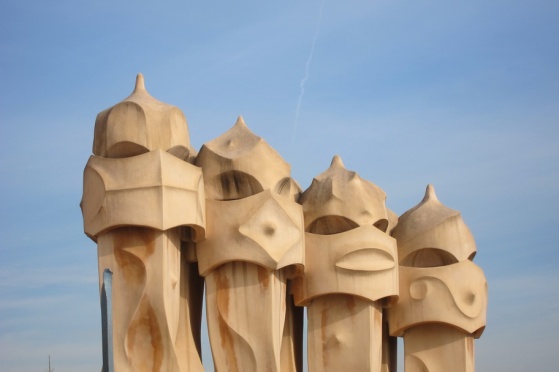 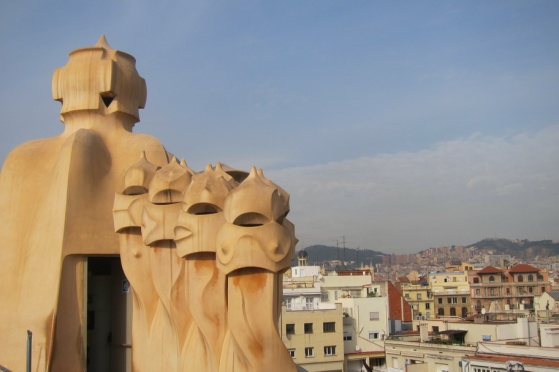 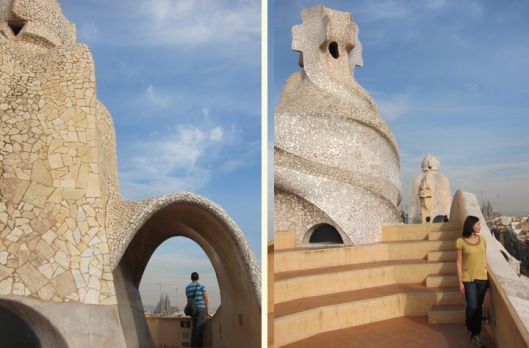 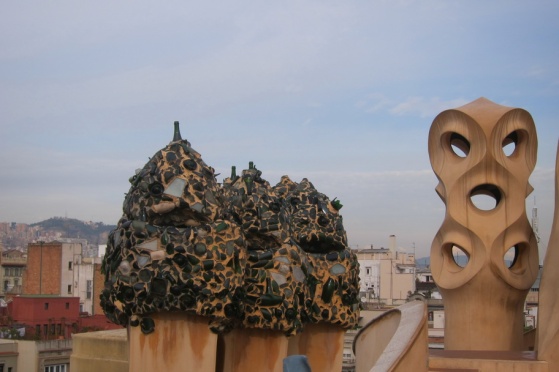 Finally, you could go inside the second floor of the building, which has been reconstructed to look like it did during Gaudi’s time. There was also an exhibit explaining Gaudi’s architecture. 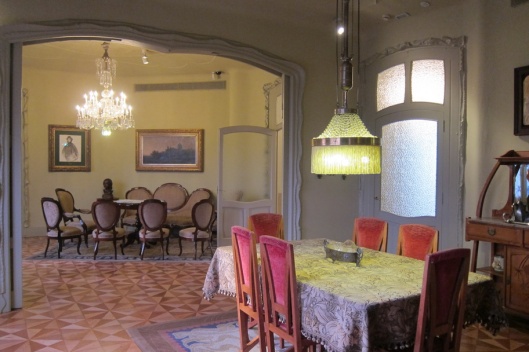 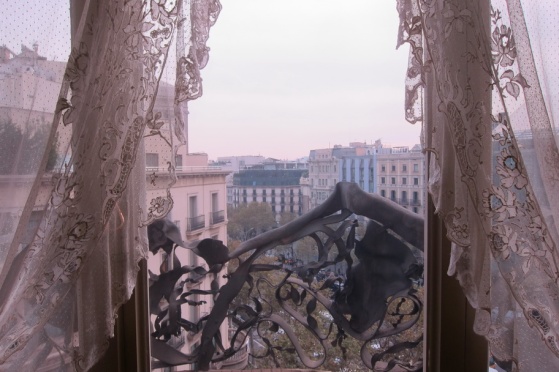 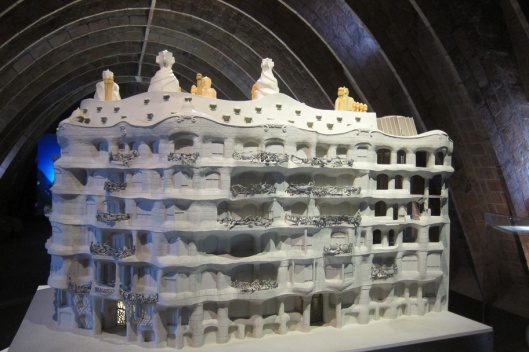 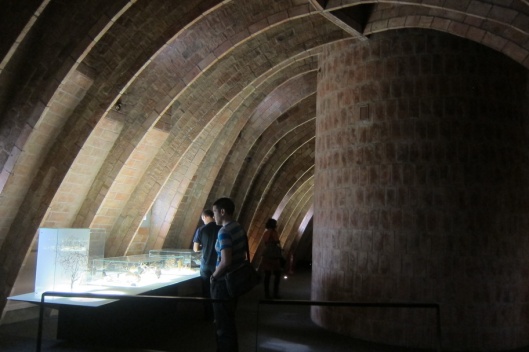