On our way to the Parque del Retiro, Mr. Selfish and I walked past the Palacio de Comunicaciones, which is the old post office, and the iconic Puerta de Alcalá, which is a monumental gate to the city. 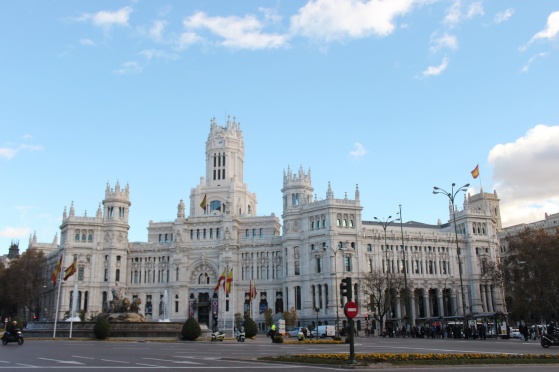 The Parque del Retiro previously belonged to the Spanish monarchy. It became a public park in the 19th century. The park is full of sculptures, fountains, and galleries. It even has a lake on which you can paddle boat. I tried to talk Mr. Selfish into it but it was kinda cold that day. 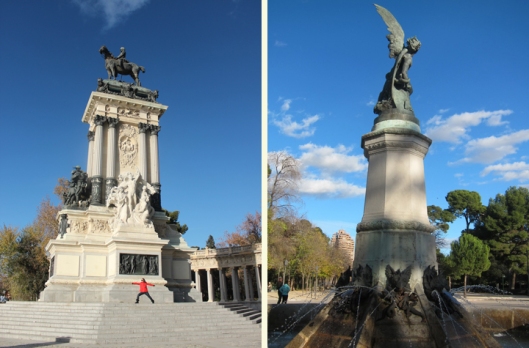 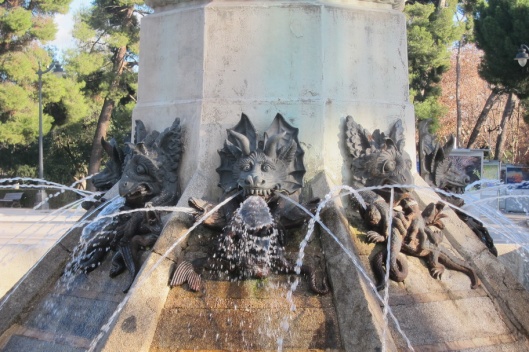 Right near the parque is Museum Triangle. Mr. Selfish and I only went to two out of the three museums – the Museo del Prado (fine art) and the Reina Sofía National Museum and Art Center (modern art).

You are not allowed to take photos inside the Prado but suffice it to say, it is an outstanding museum. I also discovered that there is free admission to the Prado on Tuesdays through Fridays from 6-8pm. Of course, this is when Mr. Selfish and I went. Here’s a photo of the outside of the Prado:

On the other hand, you could take photos inside the Reina, which was also free from 7-9pm daily. As I’ve mentioned previously, Mr. Selfish and I are not huge fans of modern art. However, the Reina had some nice modern pieces, including Picasso’s famous Guernica (of which you could not take photos). Once again, we merely ridiculed the more modern modern art. 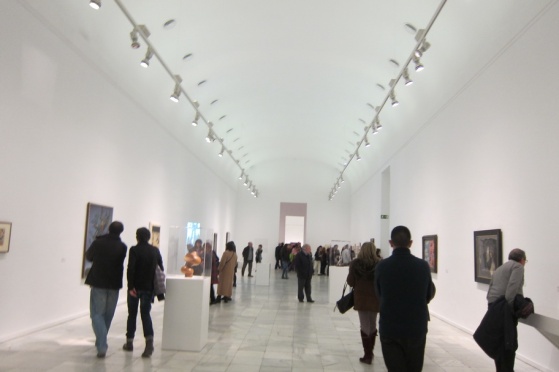 Madrid certainly has some first class free attractions. I highly recommend the Parque del Retiro, as well as the Prado and the Reina.