We started with a local restaurant right outside of the market. There was an outdoor elevated patio, at which we enjoyed a nice view of the market. We ate the tangine and couscous, both of which were divine.

Thereafter, we felt braver and started eating all of our meals at the market stands. At the first market stand, we had kebabs, sausages, and tomato sauce with pitas. The kebabs and sausages were grilled right in front of us. Our anticipation from the smoke and aroma was palatable. 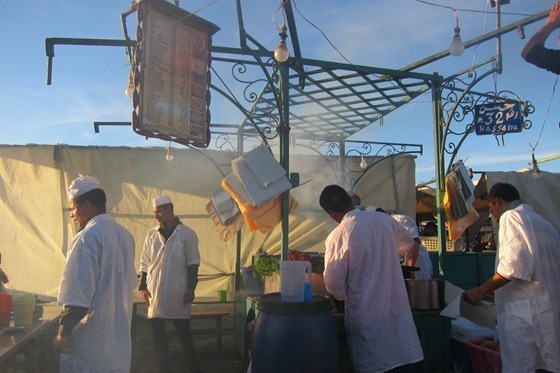 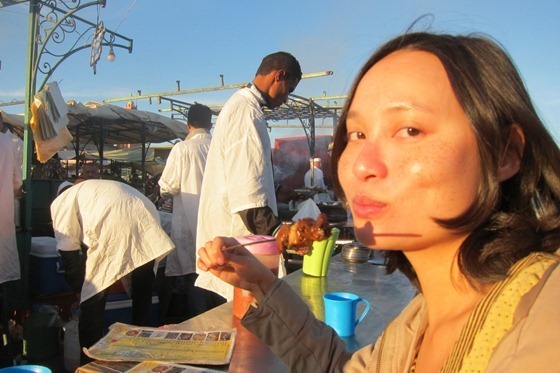 We also went to a market stand that was highly recommended by Trip Advisor. There was an extensive menu but once again, we went with the tangine, sausages, and tomato sauce with pita. The sausages and tomato sauce were not as good as the first stand, but the tangine was quite tasty. 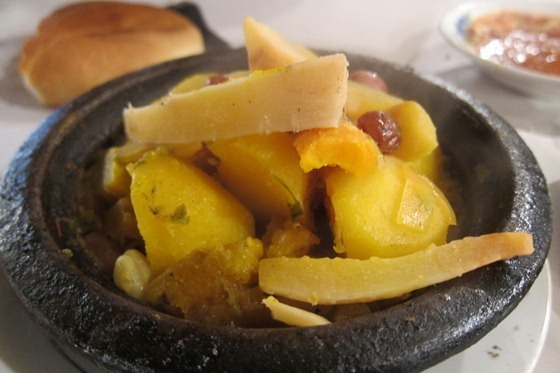 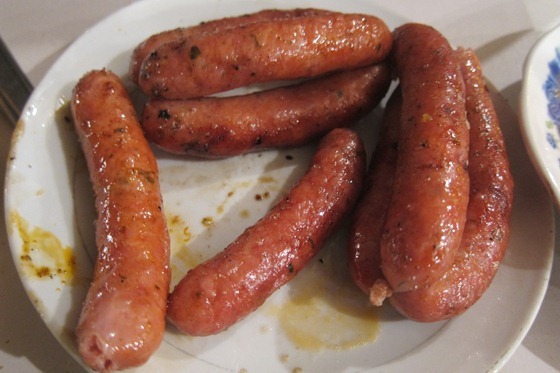 For our last dinner in Marrakech, we wanted to try the sheep head, as well as a beef stew that was cooked with oranges. We found the sheep head to be a little fatty but the beef stew was the best thing that we ate in Marrakech. It was savory but tangy at the same time.

For dessert, we had cinnamon pastries with cinnamon tea. The cinnamon was a bit strong for me since I’m not a big cinnamon fan, but Mr. Selfish loved it.