During our homeland honeymoon, Mr. Selfish and I stayed in the Sofitel in Hanoi, Vietnam. The hotel had a French colonial theme and was utterly charming. It is one of our favorite hotels of all time. Since our good friends (Uyen-Minh and Mike) paid for a day trip to Halong Bay as our wedding present, we decided to splurge and arranged for the trip through the Sofitel.

It was a little extravagant but we had a private driver and an English-speaking tour guide to Halong Bay, which was about 1.5 hours away. Along the way, the tour guide made some disparaging remarks about Americans to us, which is fine but we found a little odd since we had just told him that we were American.

When we arrived at Halong Bay, we discovered that we had an entire junk boat to ourselves. It was a two-story junk boat that could probably fit about 100 tourists. There was also an entire crew just for us.

We couldn’t stop taking photos of Halong Bay. The limestone structures were breathtaking. 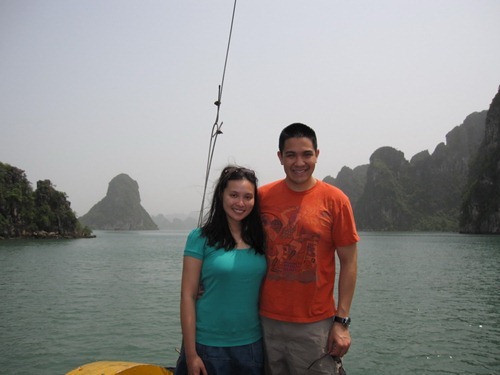 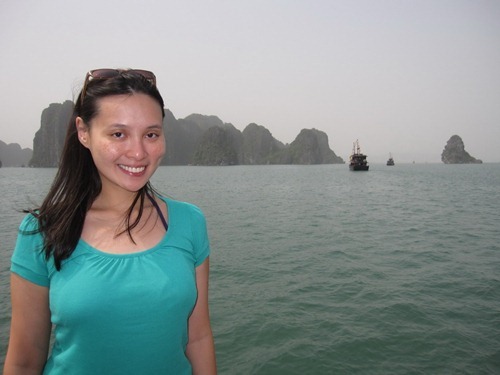 The crew also prepared a seafood feast just for us. It was delicious and fresh. 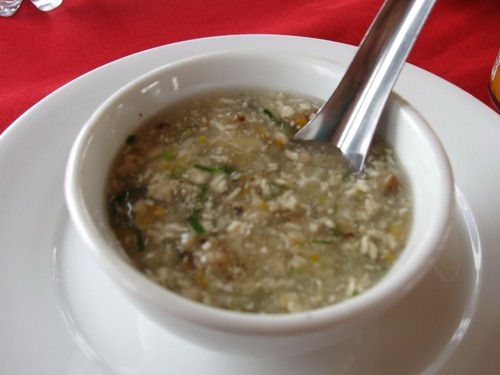 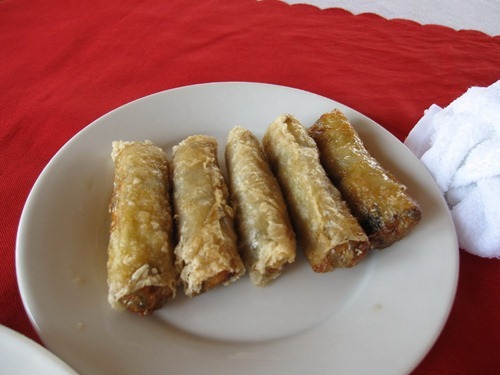 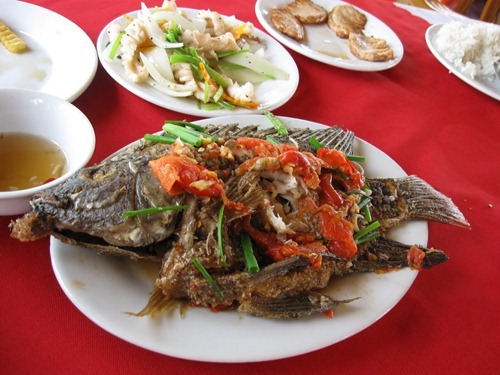 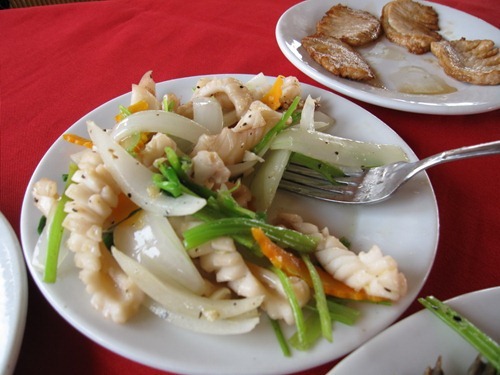 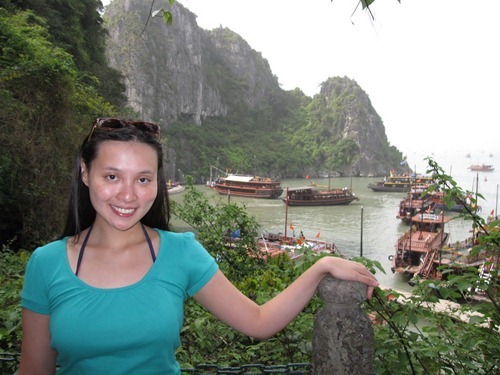 Although we are taking a trip to Vietnam during our selfish year, we decided to focus on central and southern Vietnam, so we will not be visiting Halong Bay again this time around. However, I would love go to back and spend the night on a boat in the future.