The primary reason that Mr. Selfish and I wanted to go to Singapore was to eat at the hawker stands. We had heard tales of delicious and cheap food in government-regulated hawker stands, and we wanted to try as many hawker stands as possible. Unfortunately, we only made it to two hawker stands.

The first hawker center we visited was the Amoy Street Food Centre, which is near Chinatown. We were still jet-lagged so we showed up at around 10:30 am. As a result, there were no lines, and we could eat whatever we wanted. 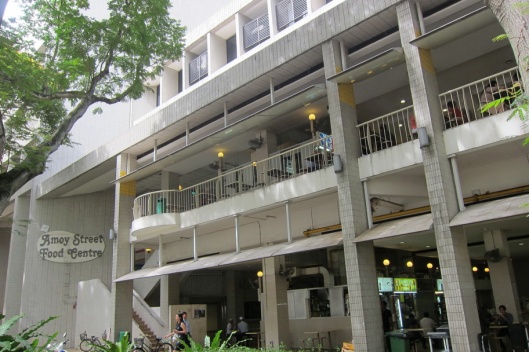 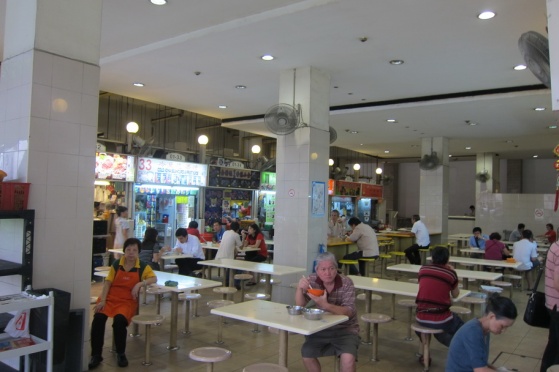 First, we tried the Fried Kway Teow stand, which sold a stir-fried noodle dish comprising of shrimp paste, prawns, cockles, bean sprouts, and chives. It was savory and delicious and only cost $2.50 (Singaporean dollars). 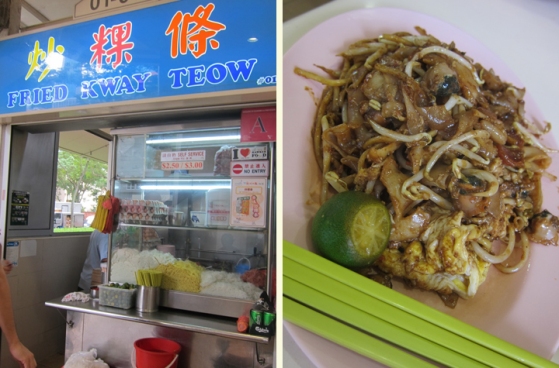 Second, we tried Yuan Chun Famous Lor Mee. Lor mee is a Chinese noodle dish in a thick brown gravy with fish cakes. I never had a noodle dish like this before and although I enjoyed the experience, I don’t know if I would get it again. It only cost $3.00, so it was worth it for the experience. 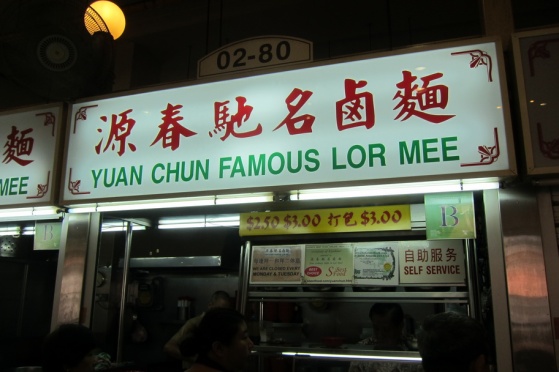 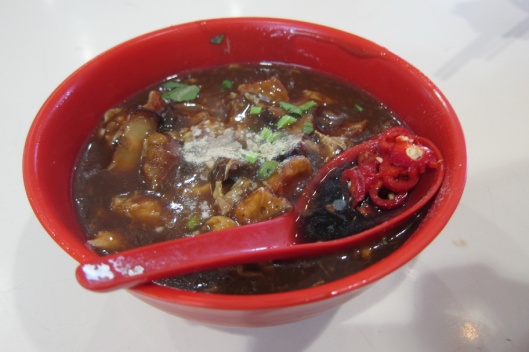 Third, we went to Han Kee for their fish soup, which we had with rice. The pepper sauce, which was on the side, provided a nice kick. The total was $5.00, which is the most we paid at Amoy Street Food Centre. This fish soup reminded me of Vietnamese canh. Mr. Selfish wasn’t too impressed since he is not a big fan of canh. 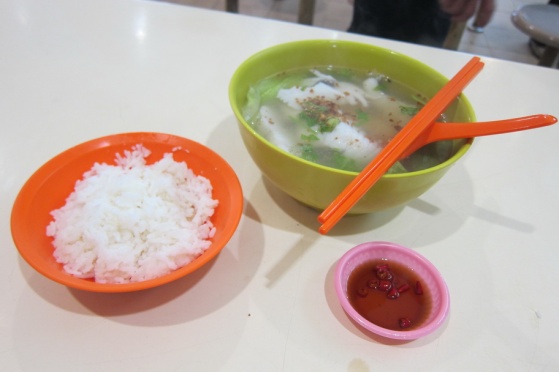 Finally, we had pulled coffee from Rafee’s Corner. The pulling aerates the coffee and makes it frothy and delicious. The coffee only cost $.80. 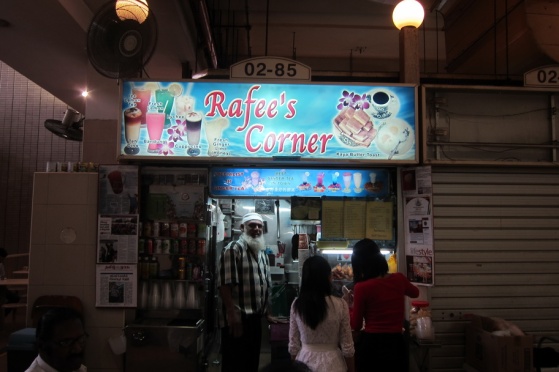 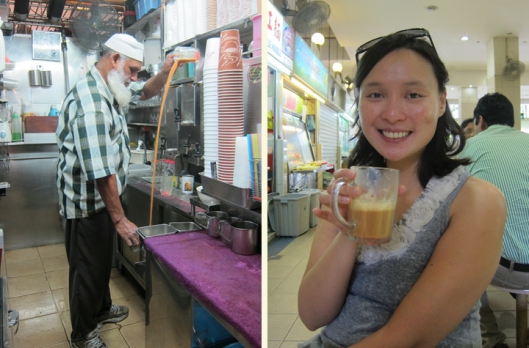 The total we paid at the Amoy Street Food Centre was $12.10 (still in Singaporean dollars), and it was a very filling breakfast/early lunch.

The second hawker center was the Maxwell Food Centre, which is also near Chinatown. We went during lunch time, so we opted to get in the longest line and order whatever the locals were getting. We ended up in line at the Hainanese Curry Rice stand (although there were other stands serving the same dish with much shorter lines). The curry chicken rice only cost $2.40 (which included an extra egg and veggies). 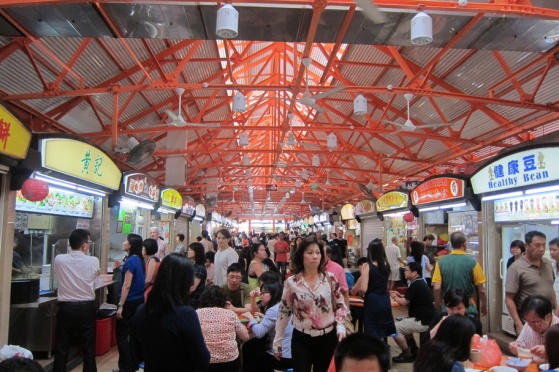 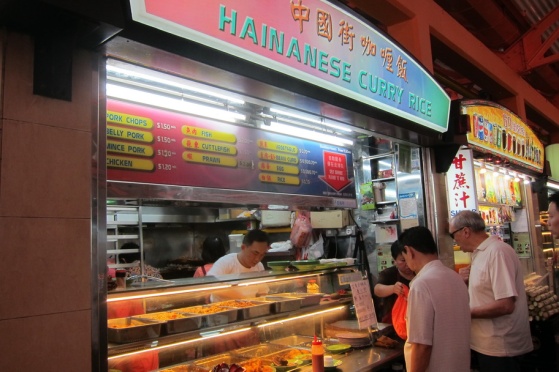 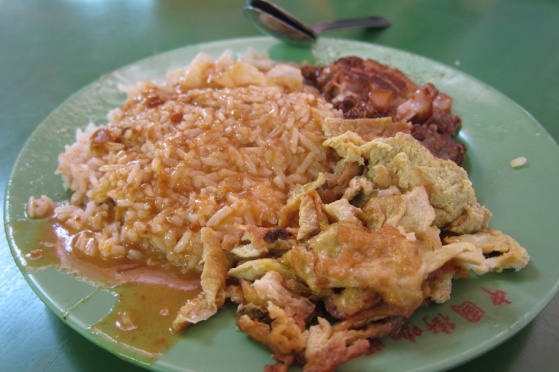 The Hainanese Curry Rice was pretty good but then I saw much longer line at a stand that had photos of Anthony Bourdain. It turns out that he had visited the Tian Tian Hainanese Chicken Rice stand on No Reservations. He highly recommended it, so we had to try it too. We actually liked it so much that we went back and got a second portion. The preparation for Hainanese chicken rice uses a lot of pork and chicken bone stock. The whole chicken is boiled in the broth, and then the rice is cooked in a separate broth. This preparation makes the chicken quite juicy and succulent and the rice quite flavorful as well. It was heaven for only $4.20. 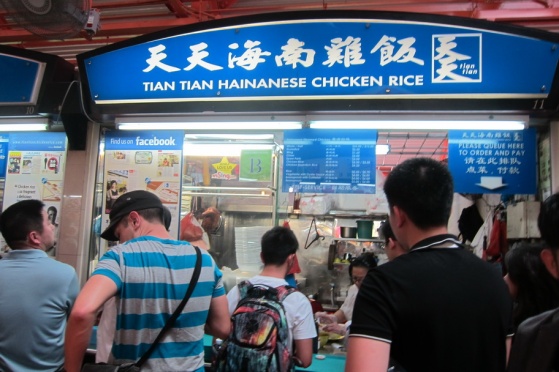 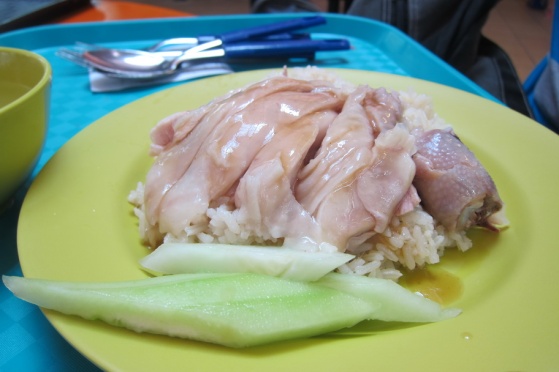 Finally, Mr. Selfish decided to stop at two other stands for an oyster cake ($2.00) and a crispy curry puff ($1.40). Both were well-priced and pretty tasty. 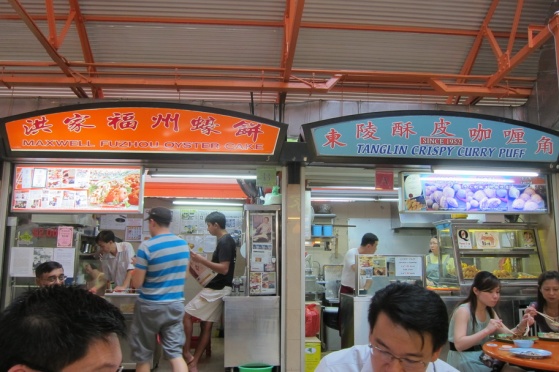 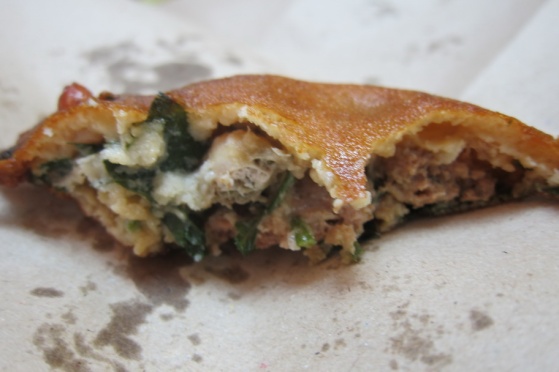 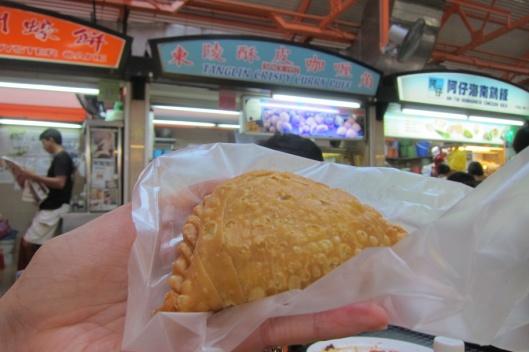 We’re coming back to Singapore on March 14th, so we’ll happily hit up more hawker stands then. Mmmmmm…hawker stands.