As I’ve mentioned previously, Mr. Selfish and I are currently taking it easy in Saigon. However, when we came here for our homeland honeymoon in 2009, we took a couple of day trips during our short 3-day stay in Saigon.

First, we went to the Mekong Delta, which is where the Mekong River approaches and empties into the sea through a network of streams. It was lovely but quite hot (as it tends to be in Saigon). We were given straw hats for the short canoe trip, which I found quaint but quickly discovered were mostly functional due to the scorching sun. 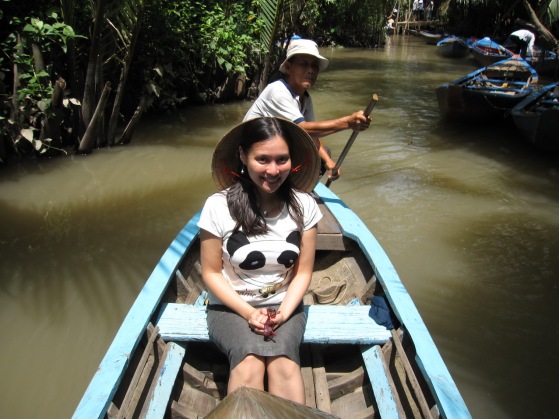 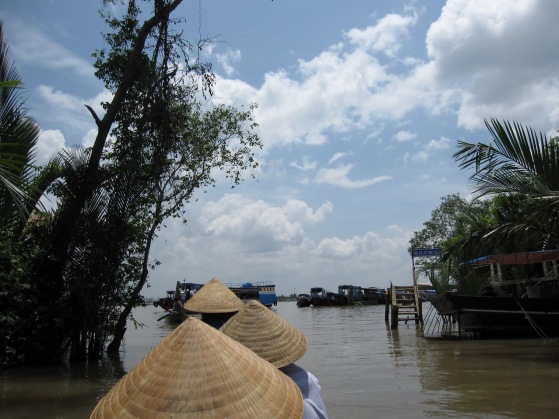 We also took a day trip to the Cu Chi Tunnels, which is the network of underground tunnels that was the Viet Cong’s base of operations during the Tet Offensive in 1968. There was lots of propaganda against Americans and displays showing round-eye Americans being skewered to death on stakes. It was certainly interesting. 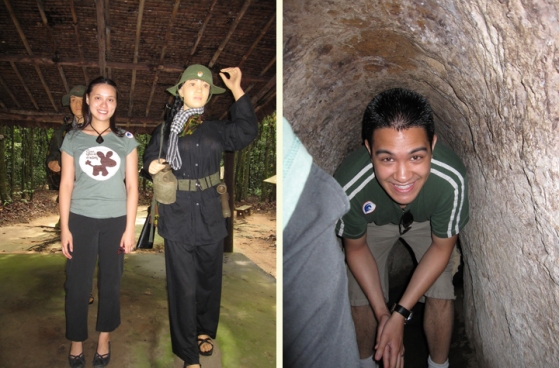 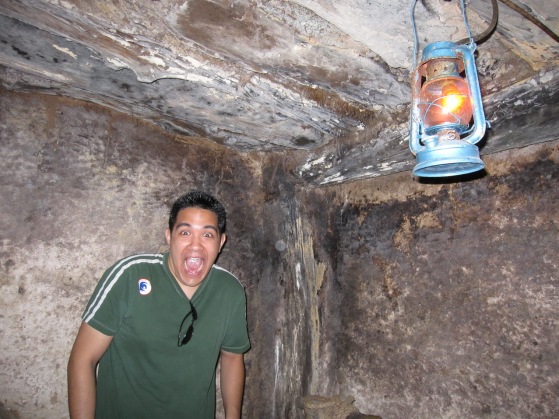 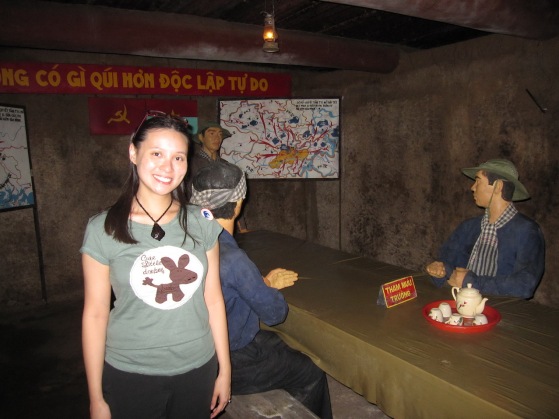 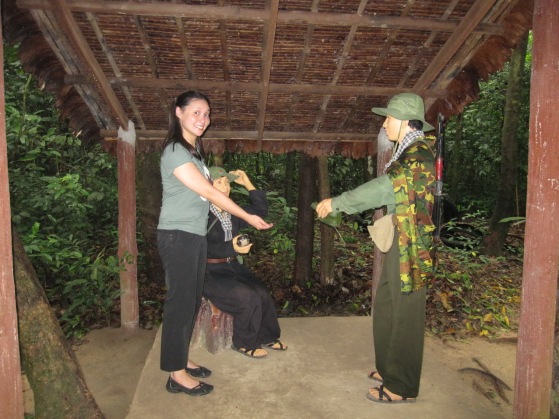 The Cu Chi Tunnels also had other photo opportunities. There was a helicopter, and Mr. Selfish and I both decided to try our hand at shooting M-16’s. We weren’t good at it. 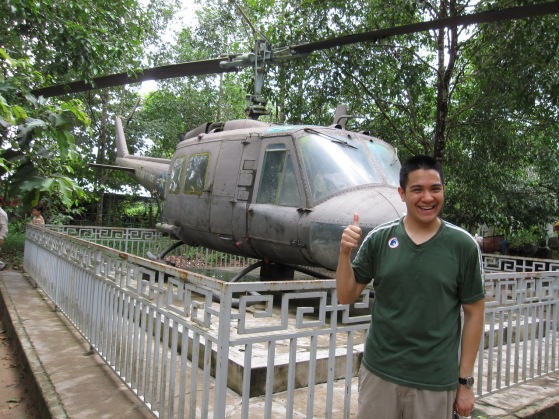 Any other recommendations for day trips from Saigon?