Mr. Selfish and I signed up for a day tour of Dalat, during which we were able to choose eight attractions to visit. Half of our attractions ended up being pagodas or temples. Our tour guide noted that we wanted to see lots of pagodas and pagodas and asked me if I was Buddhist. I replied in the negative but told him that I wanted to visit them because I thought they were beautiful. I was proven correct that day in Dalat.

First, we went to the Linh Phước Pagoda, which is a relatively modern pagoda that was constructed in 1950. It was quite beautiful, especially because it was a bright, sunny day. Many of the designs and creatures are made from beer bottles. Mr. Selfish opted to climb the tower whereas I stayed below. It wasn’t due to laziness but because the photo ops are better that way. 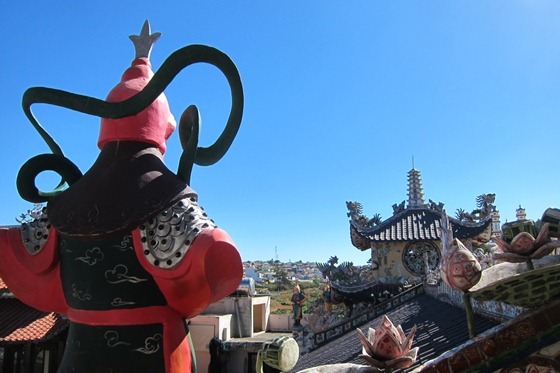 Second, we visited the Thien Vuong Co Sat Pagoda, which is also known as the Chinese pagoda. Although the pagoda didn’t seem that impressive from the front, there was a huge white Buddha through a clearing in the woods in the back. 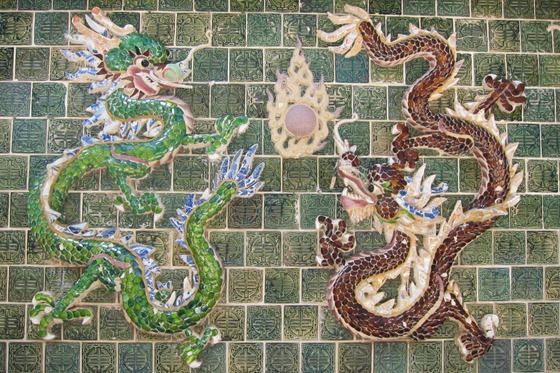 Third, Mr. Selfish and I went to the Trúc Lâm Temple, which was my favorite of the day. The temple is located near the banks of the Tuyền Lăm Lake and is an active temple with monks and nuns living on the premises. It was quite tranquil and beautiful. 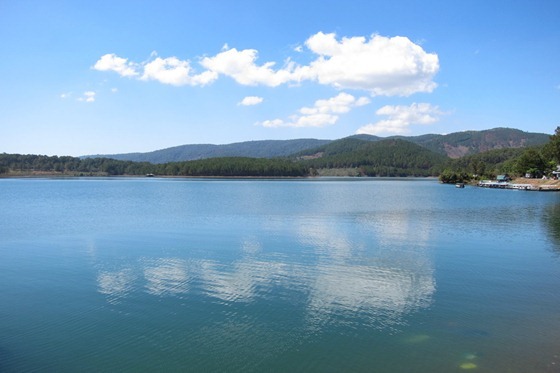 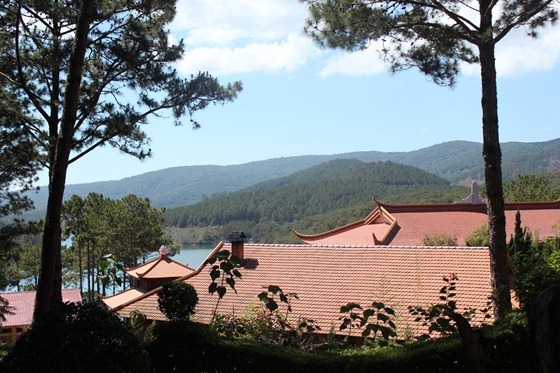 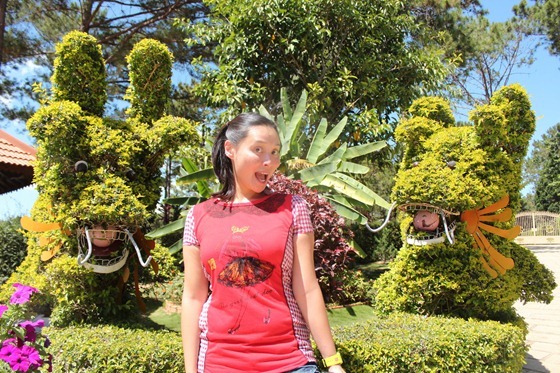 Fourth and last, we visited the Linh Sơn Pagoda. This pagoda is mainly used for worship and not frequently visited by tourists. Other than me, Mr. Selfish, and a couple of monks, no one else was there.

Tomorrow, I’ll go over the other attractions that we visited on a day trip of Dalat.