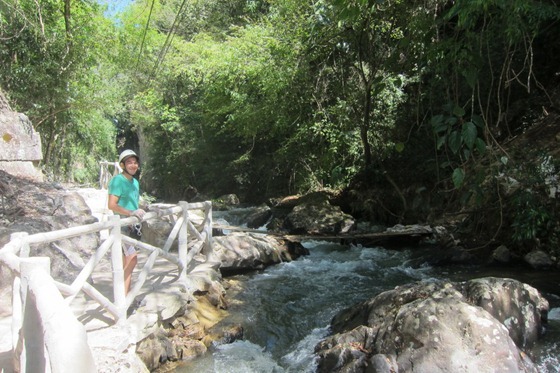 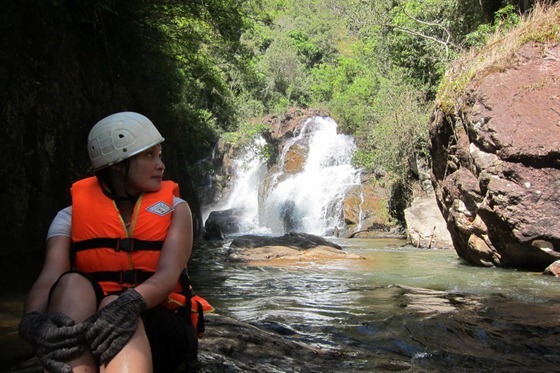 Our first waterfall was only 59-foot tall. It looks much taller from up above. Luckily, we rappelled down a dry wall. Unfortunately, you had to dunk in the water at the bottom. Whoa, that water was cold. 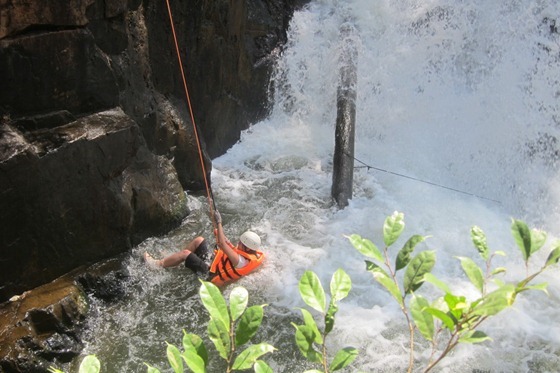 We also went on some “water slides,” which is basically when you slide down rocks next to the waterfall. The head-first slide was particularly scary. We also did two cliff jumps. The first was a 16-foot jump, and the second was a 23-foot jump. Mr. Selfish opted for the extra 33-foot jump whereas I chickened out. Although we don’t have any photos of the water slide, we did manage to take a video of Mr. Selfish doing the 33-foot jump. Here are some screen shots of that epic jump. 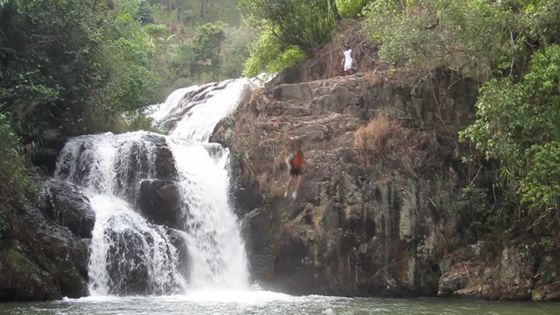 After lunch, we rappelled down a 82-feet waterfall. You had to go straight down the middle, which was right in the water. Toward the bottom, you had to let go of the rope and fall into the water. This was a difficult rappel. I took it slow and didn’t fall once. Mr. Selfish, on the other hand, slipped on the rocks about five times and then just fell down the waterfall. 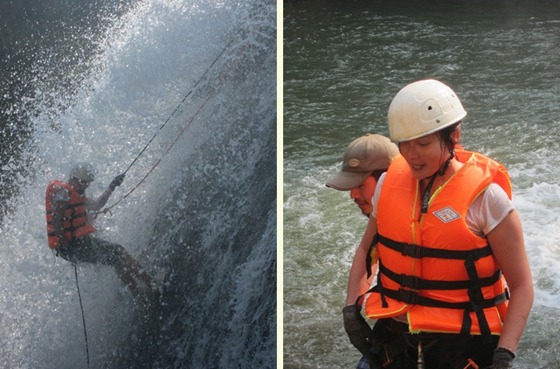 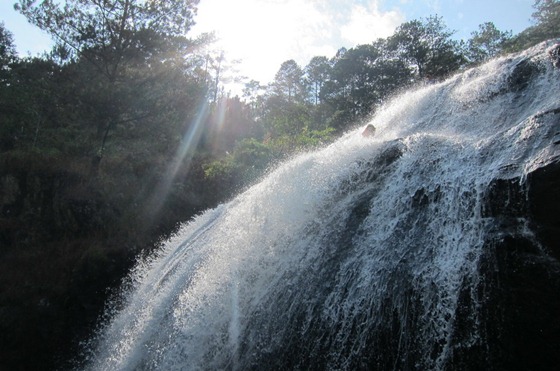 Unfortunately, the waterfall canyoning incorporated a bit of trekking, and I have pretty bad knees. I was sore for about four days afterward, and the people in Hoi An (our next location) thought something was wrong with me since I was walking funny. I would do it again though. Groovy Gecko Tours is the best!