Mr. Selfish and I oscillate between cities and smaller towns. After being in Siem Reap for a few days, we were craving the big lights of a city. Hence, when we arrived in Bangkok, we knew that we would hang out in the delightfully air-conditioned malls.

We stayed at the Westin, which was right next to Terminal 21. This is the most well-themed mall I’ve ever visited. We enjoyed browsing the stores and taking silly photos.

Every floor of Terminal 21 was themed after a city – Tokyo, Los Angeles, San Fran, London, etc. 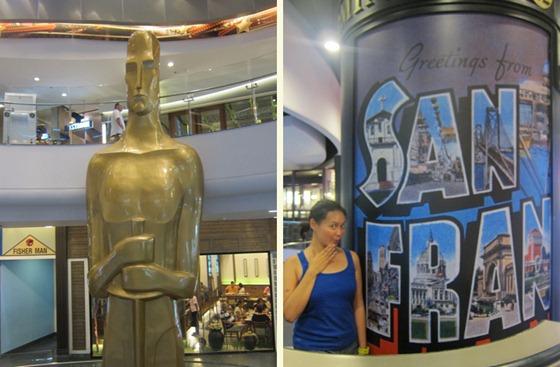 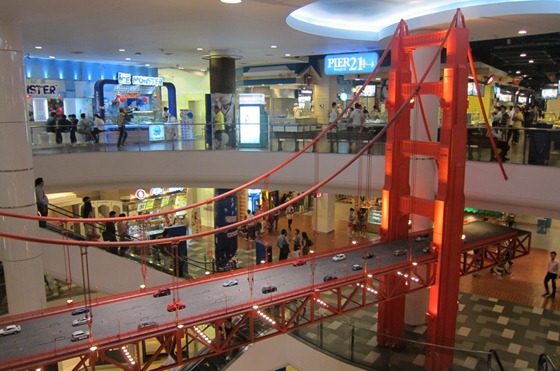 Mr. Selfish and I also watched a movie at Terminal 21. It is one of the simple things in life that we have missed these past 7 months – watching a movie in a movie theatre. We used to watch movies all the time in Orlando but had only seen Skyfall in these past 7 months and that was in November!

The movie tickets at Terminal 21 were well-priced, and the concessions were even cheaper. We opted to upgrade to the premium sofas in the back for 450 baht ($15 USD) total for both seats. They were quite comfy. We also bought a bottle of water for 25 baht ($.84 USD), an extra large popcorn for 80 baht ($2.69 USD) and a spicy sausage for 35 baht ($1.16 USD), which is a splurge for Mr. Selfish since he is always craving popcorn but we hardly ever eat it. I don’t remember the last time that concessions only cost $4.70 USD! 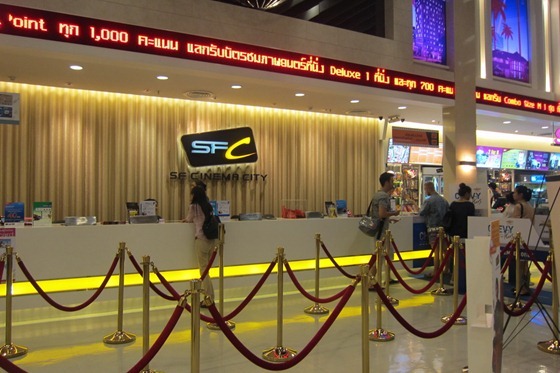 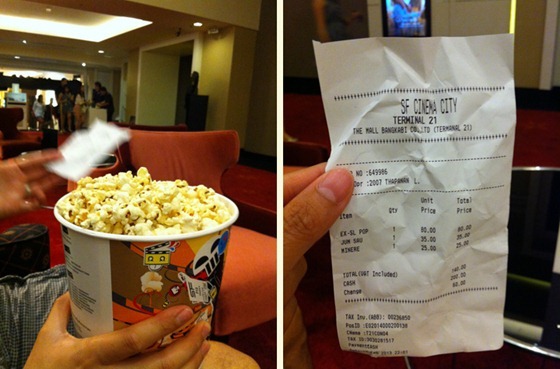 We also visited two other malls called the Siam Paragon and Siam Center. The food court in Siam Paragon was interesting since you have to load up a card at the cashier counter and then use that card at each individual food court stand. We tried paying with cash at one of the stands, and the lady laughed at us and pointed to the cashier. If you don’t use all of the money on your card, they will refund it to you if you bring back the card. 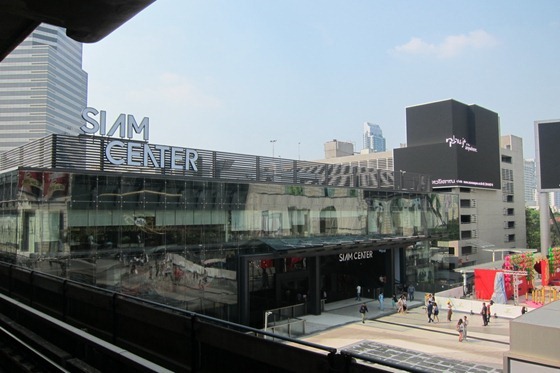 We bought pad thai that was cooked in an egg and Hainanese chicken with chicken rice and veggies. I must say that this food court food was quite good. 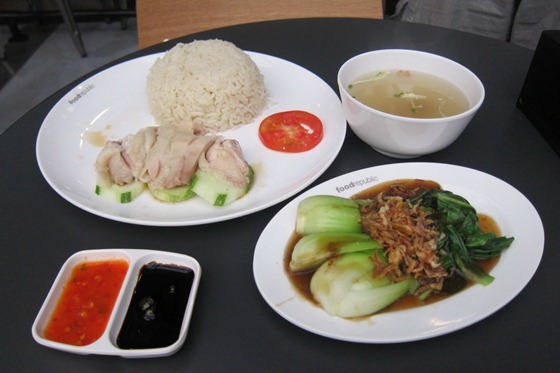 We also wandered around Siam Square and Paragon but they mostly had western brands (with western prices). We preferred the local Thai brands as in Terminal 21.

Finally, we discovered the Magnum ice cream store where you can custom-make your own Magnum bar. We chose dark chocolate with pistachios and a chocolate swirl. It was the best ice cream bar I’ve ever had. I’ve never seen one of these stores before, but they need to open them in the States!

This concludes our luxuriating in the air con of Bangkok malls. Tomorrow, I’ll go over our sweaty day of templing in Bangkok.

1 thought on “Enjoying the Malls in Bangkok”