Although the weather was hotter than predicted, Mr. Selfish and I still managed to tour the notable wats in Chiang Mai. First, we took a songthaew (a pick-up truck converted into a taxi) up Doi Suthep to visit Wat Phrathat. The elevation at the wat is about 3,500 feet, and I already had problems with my breath as we were going up the mountain. I have certainly learned that I am prone to elevation sickness. 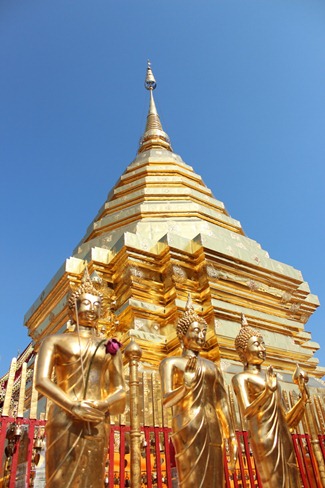 The wat was constructed in the late 1300’s. Legend has it that an elephant chose the site of wat when it climbed the mountain and collapsed on the spot.

There were many photo ops around the wat, but man, was it hot! 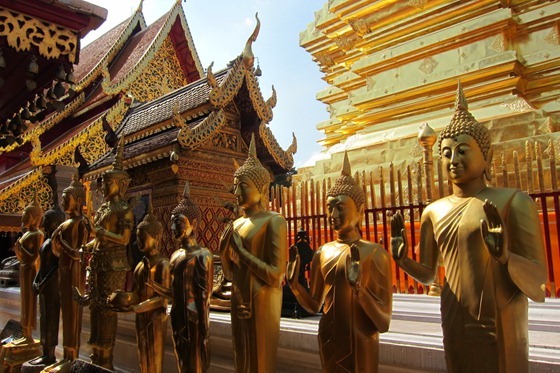 The view of Chiang Mai from the wat was nice. We also ran into some monks that had some puppies. They were adorably sleeping in a row. One of the monks offered to sell me a puppy for 3,000 baht. 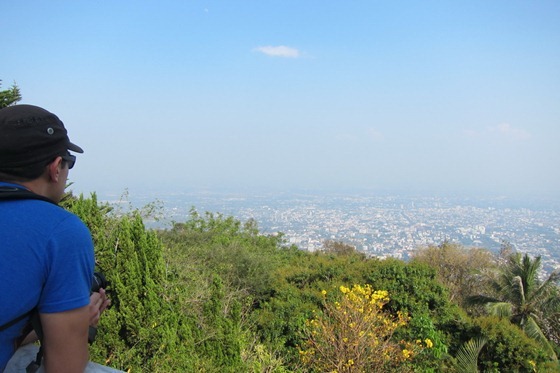 Next, we walked around Chiang Mai’s Old Town and visited some of the wats there. We went to Wat Phra Singh, which is probably the most popular wat in Chiang Mai. Wat Phra Singh was constructed in 1345 and houses the Phra Buddha Singh, from which the wat derives its name. In the back, there is also a reclining Buddha, which is definitely my favorite type of Buddha. 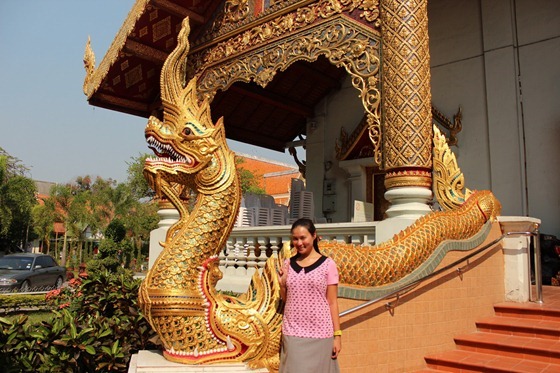 We then visited Wat Chedi Luang, which had a ruined chedi dating back to 1441. This chedi was believed to be the tallest structure in ancient Chiang Mai. We also participated in the monk chat there and learned all about Buddhism from a friendly Cambodian monk wishing to practice his English. 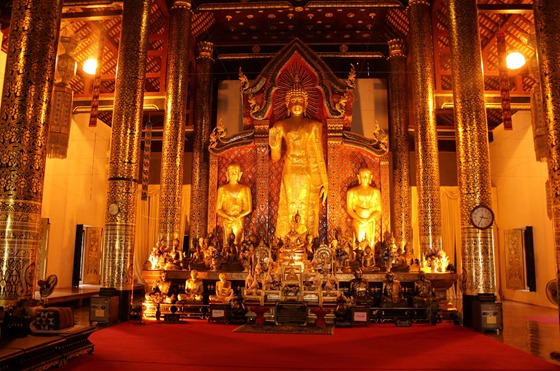 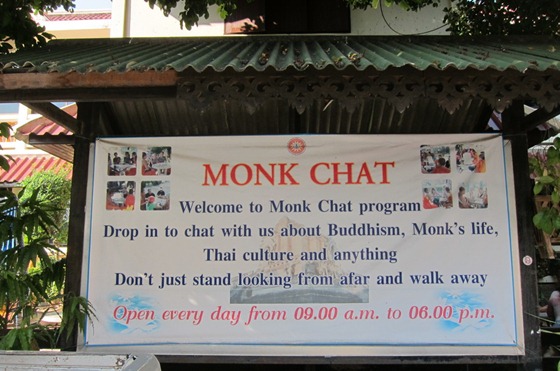 Lastly, we visited Wat Phan Tao, which is a less popular wat that I found to be quite lovely.