Yesterday, I posted about how great the yoga holiday at the Sanctuary was. However, I had quite a bit of trepidation about actually getting to the Sanctuary.

Our flight to Koh Samui landed rather late in the evening, and February is known for rough waves at Koh Phangan, which is the island where the Sanctuary is based. I wasn’t sure that we were going to find affordable transportation to the Sanctuary. I also found the directions on the Sanctuary’s website to be missing critical information, such as pricing and photos.

So, I’ve decided to break it down here in this post. Here’s a map of where we needed to go:

Moreover, the staff at the Sanctuary had informed me that there was only one evening ferry from Koh Samui to Koh Phangan but that depending on the weather, it could be cancelled. If it were cancelled, we would have to hire a private boat to take us to the Sanctuary that would cost 6,500 baht ($220 USD)!

Luckily, on the day that we landed at Koh Samui, the waves were not too bad. We took a taxi from the airport to Big Buddha Pier for 400 baht ($13.50 USD). It was only a 3-minute drive, but we were at the mercy of the airport taxi stand. At the pier, we purchased tickets for the 6:30pm ferry, which was the last ferry of the day. The ferry was only 200 baht ($6.75 USD) per person and took about 50 minutes. 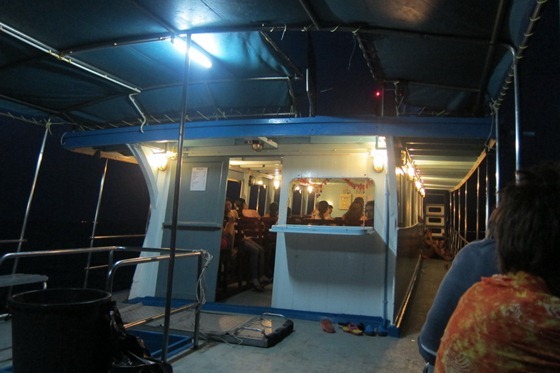 Once we arrived at Haad Rin Town at Koh Phangan, we still had to figure out a way to get to the Sanctuary. Because it was too dark, we couldn’t take a car taxi. The staff at the Sanctuary had warned me that we would have to take a longboat taix, which was known for ripping people off. As a result, Mr. Selfish and I were very skeptical of the longboat drivers.

However, we met a middle-aged man that offered to take us to the Sanctuary for only 400 baht ($13.50 USD). After we made sure that this price was for two people with all of our luggage, we took off in the longboat. It was a bumpy and wet ride. Also, because there is no pier at the Sanctuary, we had to wade through knee-deep water with our 2 backpacks and 2 large suitcases. In any case, we made it. I didn’t take any photos because it was too dark and too wet, but here’s a photo of some longboats so that you can get a sense of us wading through the water with our luggage.

To leave the Sanctuary, we had to get back to Haad Rin Town to take the ferry back to Koh Samui. However, on the day we were leaving, the waves were too bad. We saw someone brave their way onto a longboat, and they got pretty wet. With our multiple pieces of luggage, we decided to travel by land to Haad Rin Town. The “road” to Haad Rin Town was mostly dirt and quite rocky. It was a bumpy ride but at least it wasn’t wet. The car only cost 200 baht ($6.75 USD) per person. 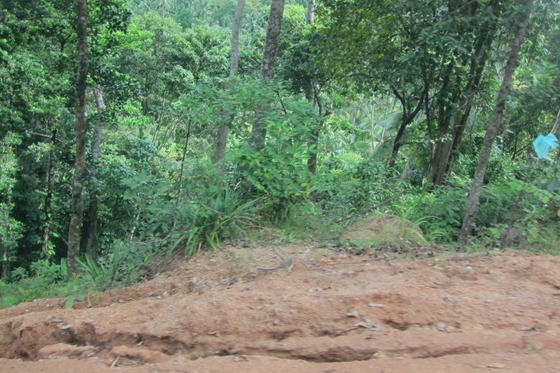 We made it back to the ferry and took it to Koh Samui. 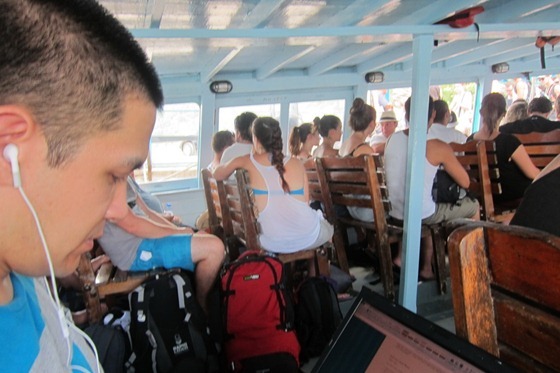 The Sanctuary is a pain in the butt to get to, but it is certainly worth it. I loved our yoga holiday there!

3 thoughts on “Getting To and From the Sanctuary”