The Sanctuary’s restaurant is set right next to the beach. There were even hammocks on which you could lie and doze. 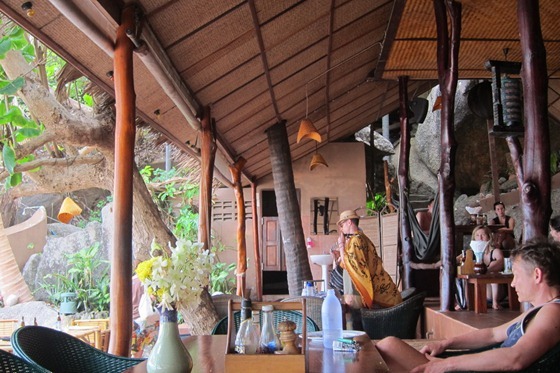 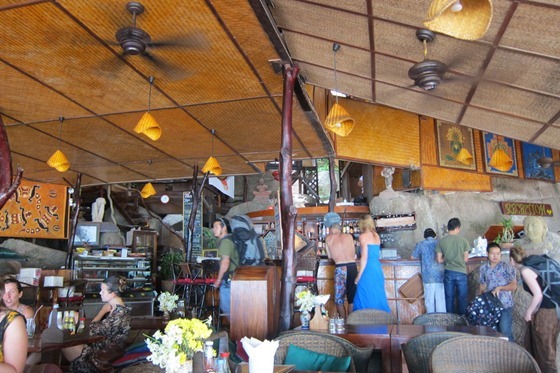 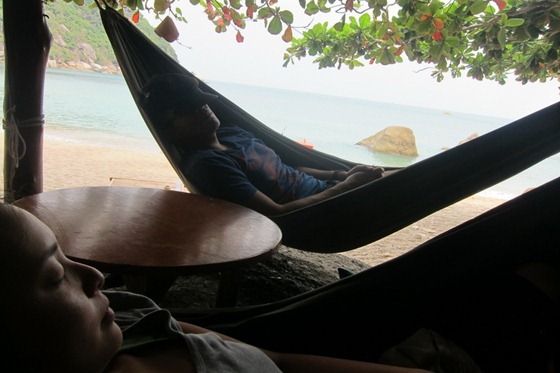 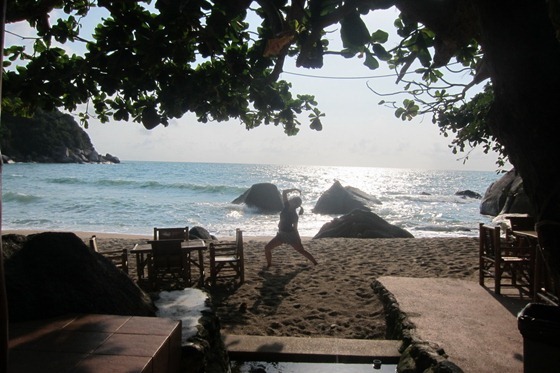 The Sanctuary offered a variety of “hamburgers”. Of course, none of them were made of meat, except for the salmon burger. Mr. Selfish and I tried the chickpea, lentils, nuts and seed, and the salmon burger. They were all delicious. We typically opted to eat the burger without the bun and with extra salad. 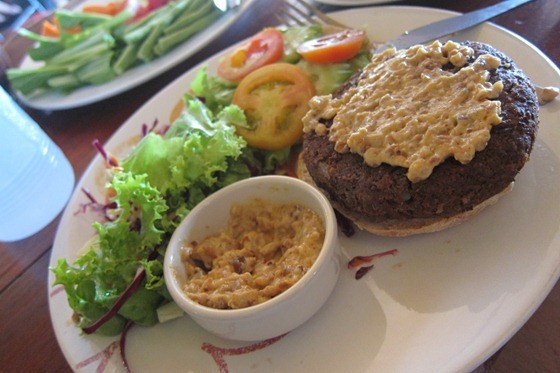 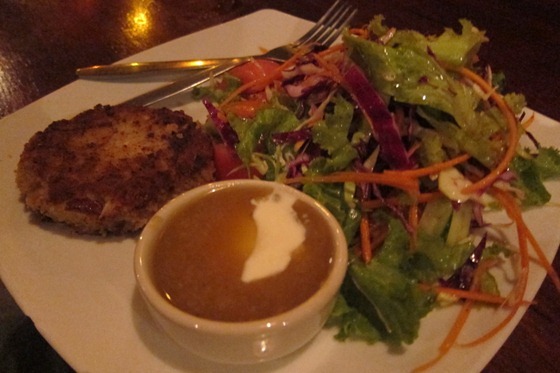 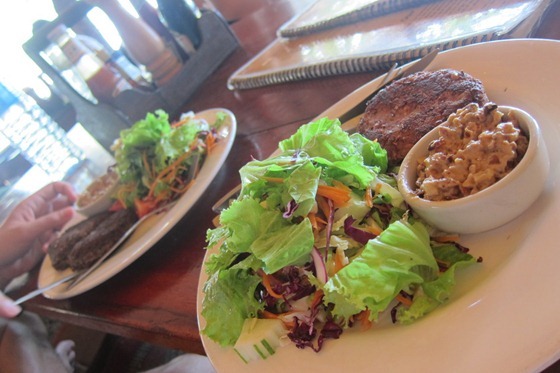 Our yoga instructor, Jamie, is originally from London, and he told us that the Sanctuary had delicious scones. Mr. Selfish was keen to try it and although it was tasty, there was no clotted cream. We also tried the English breakfast, which was also entirely vegetarian. 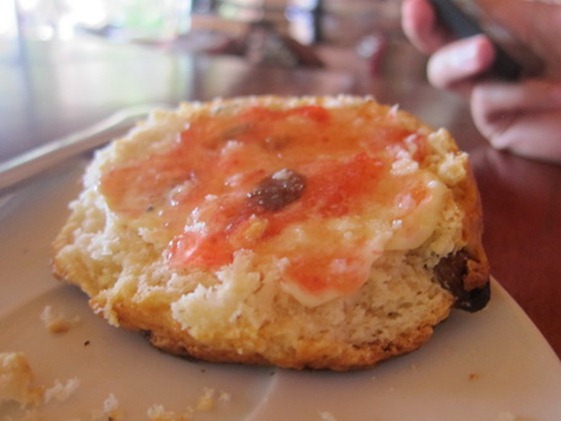 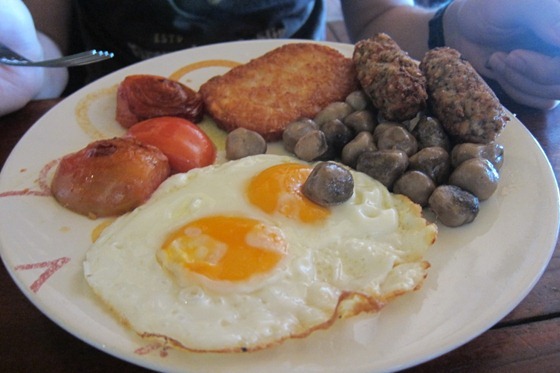 We also tried some of the Sanctuary’s comfort fare, including pizza, nachos, mac and cheese. They didn’t taste quite right but they weren’t bad. I did enjoy the smoothies though. They were very tasty! 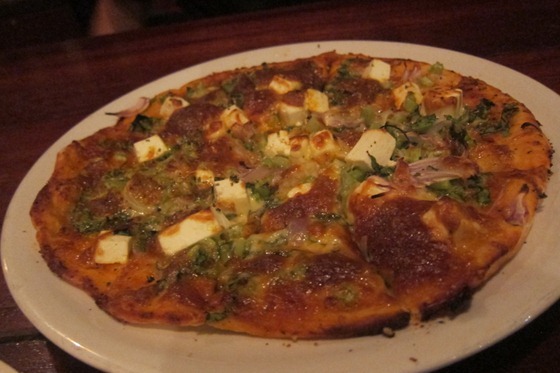 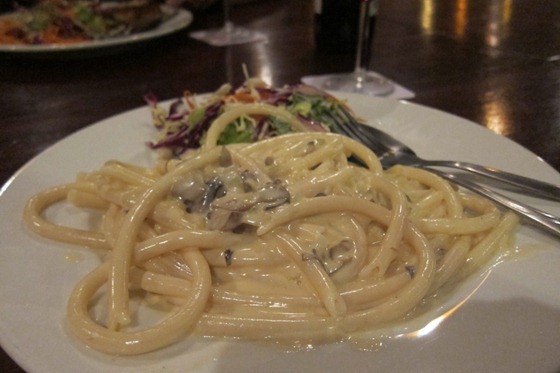 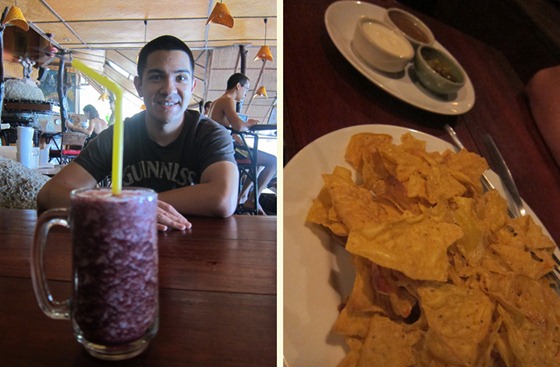 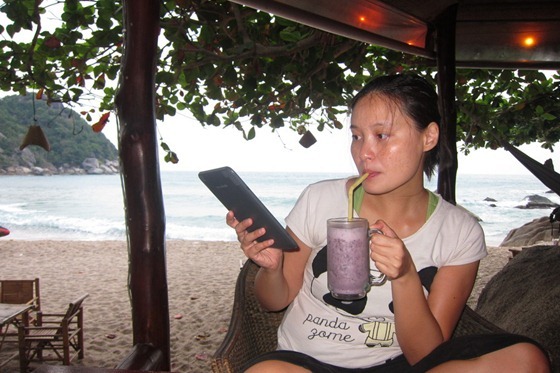 Right outside of the restaurant, Mr. Selfish and I swam in the beach for a little bit but the waves were quite rough and the beach was very rocky. I didn’t find Thailand beaches to be to my liking, probably because I’ve been spoiled by the white powder sands and calm waters of the Florida Gulf beaches. 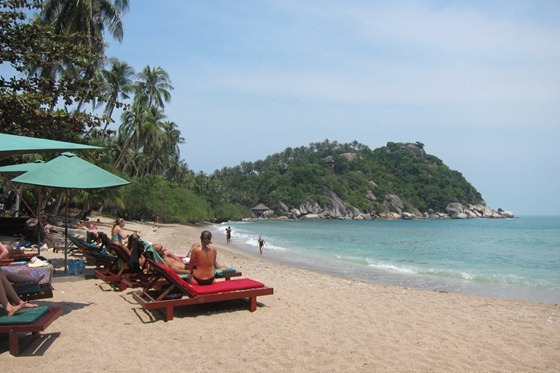 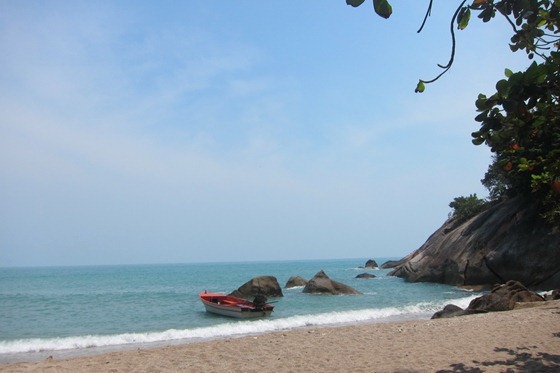 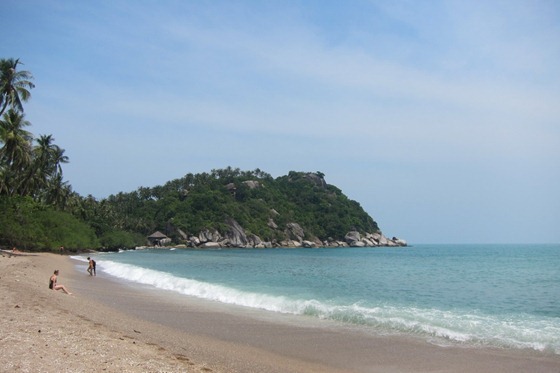 Finally, on Tuesday nights, the Sanctuary shows a film on the beach. We watched “Amelie,” which we had just re-watched while we were in Paris a few months ago. It’s definitely one of our favorite movies, and it was nice to watch it during a full moon on the beach. We also made friends with the many spoiled cats at the Sanctuary. 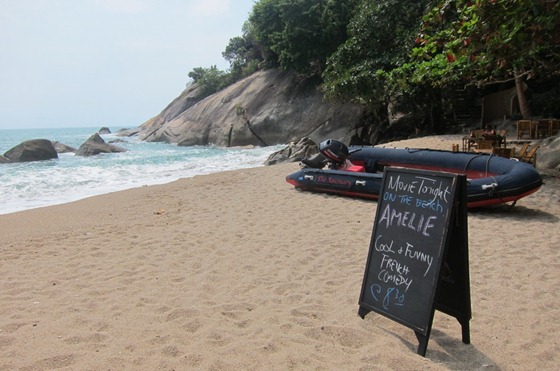 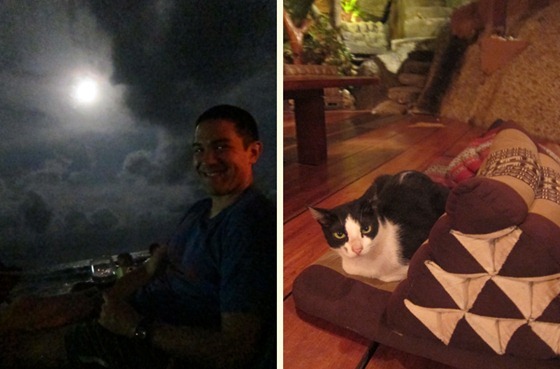 The Sanctuary had the best vegetarian food I’ve ever had. I didn’t even miss the meat. I need to learn how to make those chickpea burgers once we get settled back in the States.