I adore the film “Farewell My Concubine,” which is about two Chinese opera actors prior to the victory of the Communists in 1949. Mr. Selfish didn’t watch the entire movie because he couldn’t stand the Chinese opera singing. Although I initially didn’t like it, the singing grew on me as the film progressed, and it was 171 minutes long.

When I learned that there was a highly recommended Chinese opera performance in Chengdu, I wanted to go. The Shu Feng Ya Yun Sichuan Opera in Chengdu is highly recommended. The performance starts at 8pm every night. If you arrive early, you can watch the actors and actresses putting on their makeup and costumes. Mr. Selfish and I were the only ones watching them during this process but they didn’t seem to mind.

Mr. Selfish and I purchased the premium tickets (320 yuan/$51.65 USD) and sat right in the front row. We figured that we probably wouldn’t ever watch another Chinese opera so we splurged. Our seats came with tea, which was poured from a fancy long teapot.

There were probably 10 different performances. We weren’t quite sure what to expect, but we really enjoyed it. The first performance was what you think of as a traditional Chinese opera. The five actors and actress each sang a little bit on their own and then sang together. 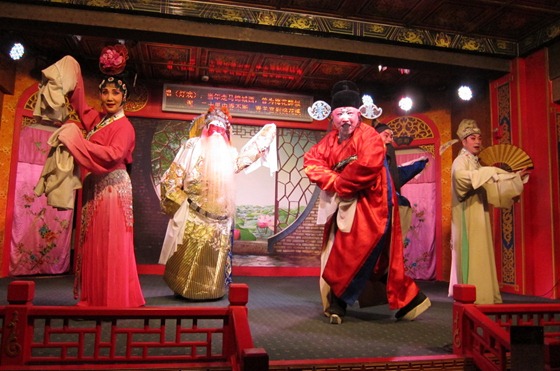 The next performance was a woman controlling a tall stick puppet that was face-changing and eventually spitting fire. I don’t know how the face-changing occurs, which happened about five times, but it is pretty awesome. 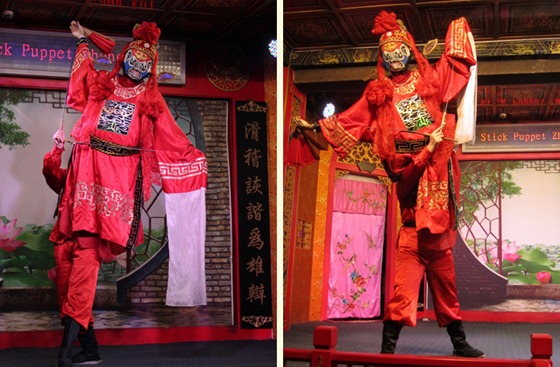 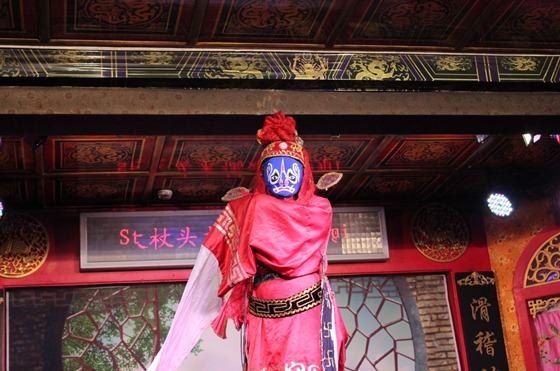 Mr. Selfish and I also enjoyed the other face-changing and clothes-changing performance, which included four people. I still don’t know how they change their entire outfits and faces so quickly. 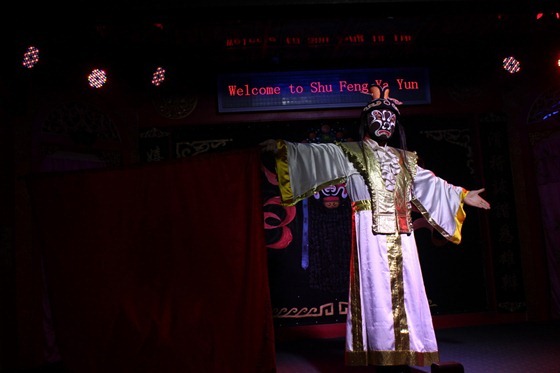 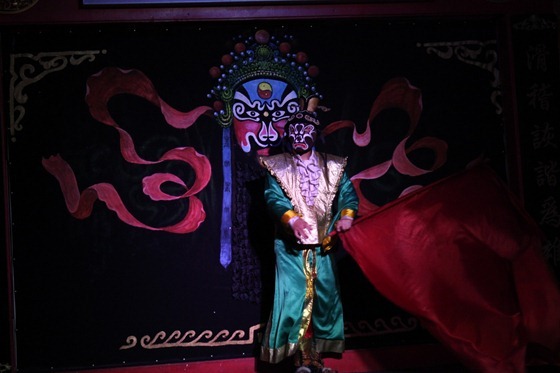 I also liked the “Rolling Light” performance, which had a husband and wife comedic duo. She kept forcing him to put a candle on his head and perform tricks. It was actually quite impressive how he had that candle stay on his head the entire time. 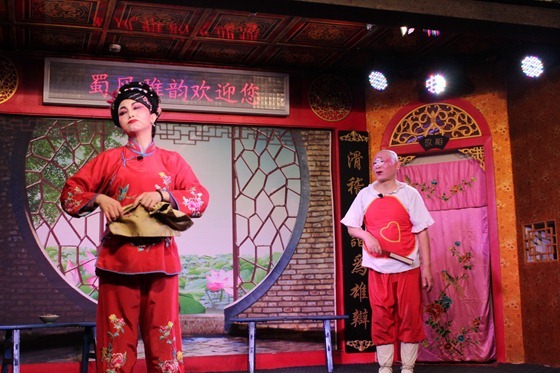 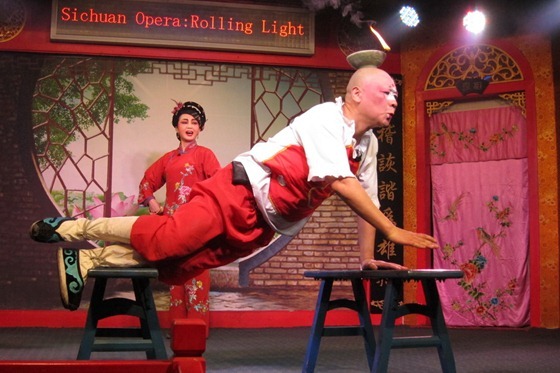 The shadow puppet performance was also very interesting. I didn’t know you could make so many shadow puppets with merely your hands.

Some of the other performances were not as thrilling for us, which were the primarily musical performances. Nevertheless, the costuming was still very nice. 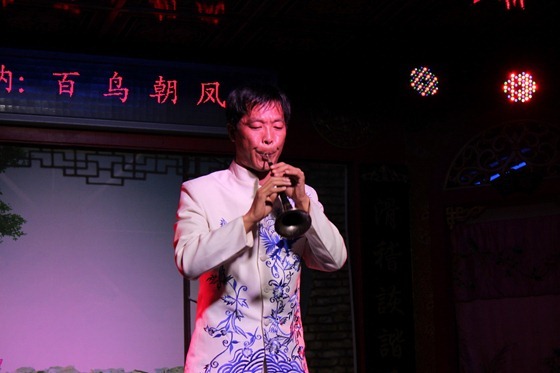 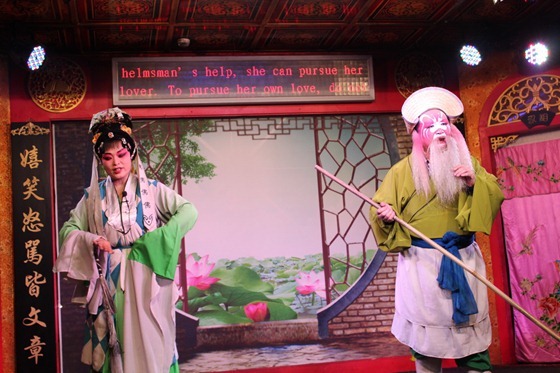 It was quite an experience. Mr. Selfish and I thoroughly enjoyed the Chinese opera and would definitely recommend the Shu Feng Ya Yun Sichuan Opera if you visit Chengdu.

3 thoughts on “Marveling at the Chinese Opera in Chengdu”