Mr. Selfish and I couldn’t go to China for more than a month and not visit the Terracotta Warriors Museum (officially the Museum of Qin Terra-cotta Warriors and Horses) in Xi’an. Unfortunately, we were a little underwhelmed by the experience.

The first building we entered had two large painted bronze chariots. They seemed pretty well-preserved but were swarmed by Chinese tourists. Even though the chariots were behind glass, the throngs of supposed photographers kept utilizing their flash to take photos, which completely defeats the purpose of the photo. 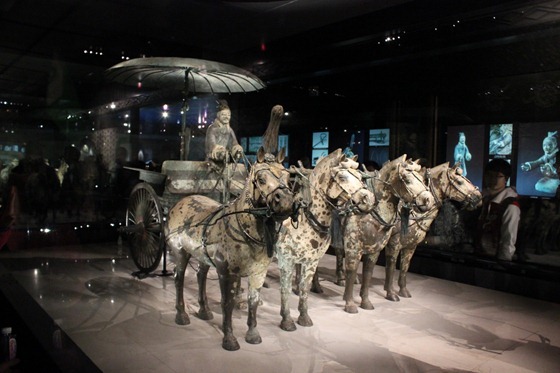 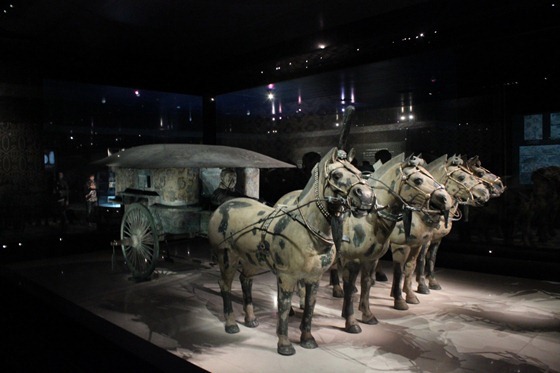 Otherwise, the museum had three large excavation pits in separate buildings. I learned from Trip Advisor that you should see pits 2 and 3 prior to seeing pit 1 since pit 1 is the most epic. As promised, pits 2 and 3 were primarily broken pieces of terracotta. 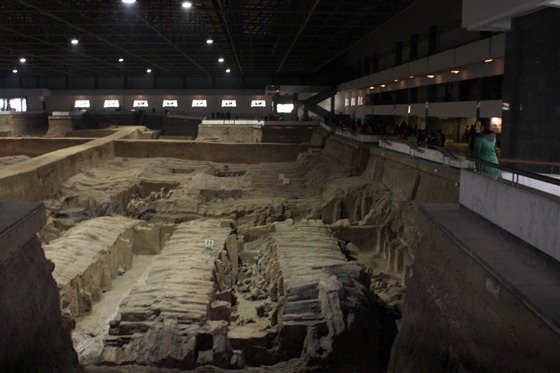 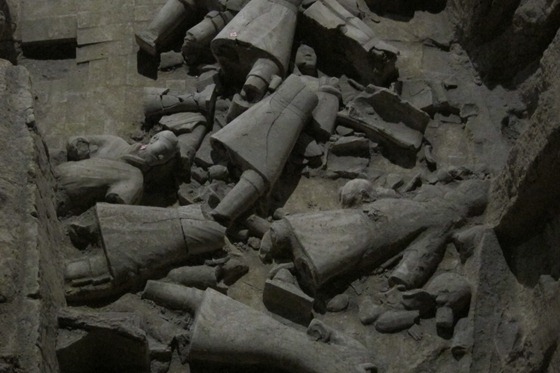 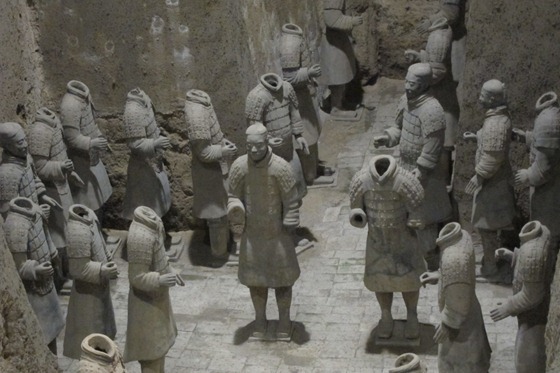 Pit 2 did have a few terracotta soldiers enclosed in glass. This is the closest we could get to them. 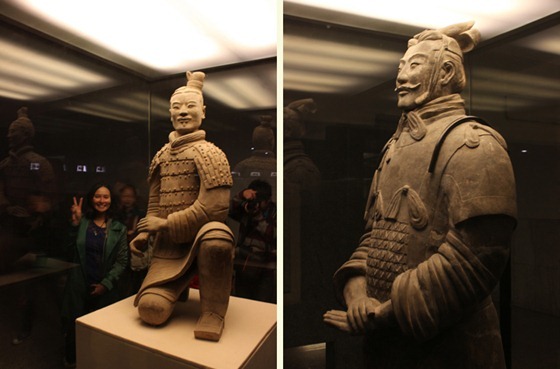 Pit 1 is where the vast majority of terracotta soldiers are located. They are in one large room, and it was difficult to photograph them. Plus, from the front of the room, there is a lot of shoving and pushing from the massive tour groups. Mr. Selfish and I just waited in between the waves of tour groups. 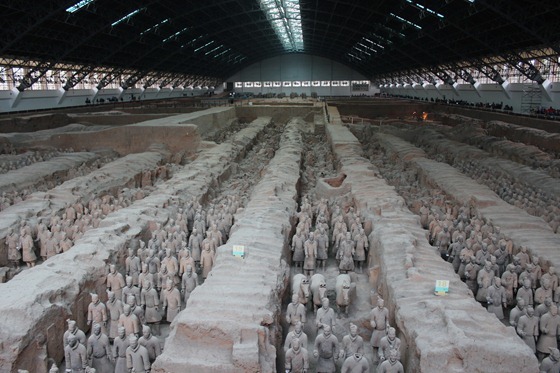 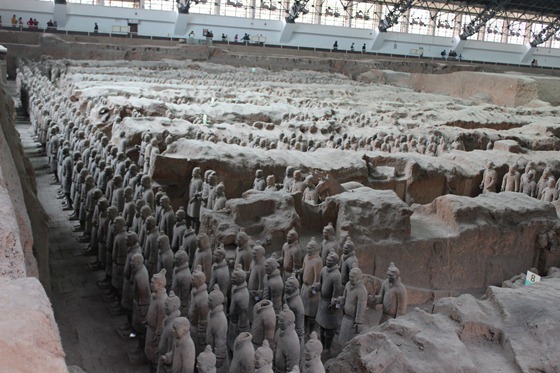 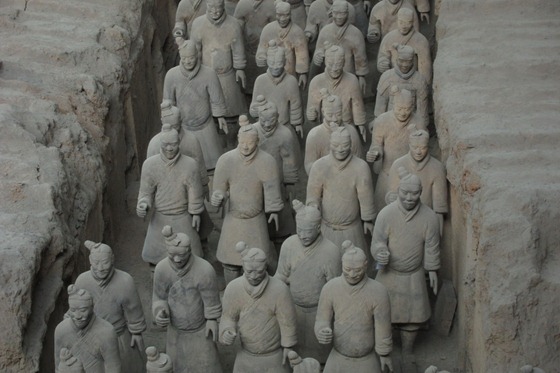 Areas of pit 1 are still being excavated. Also, you can see where the first farmer came upon the soldiers in the second photo (the white and red arrow sign). It must have been pretty dramatic to be the first one to find them. 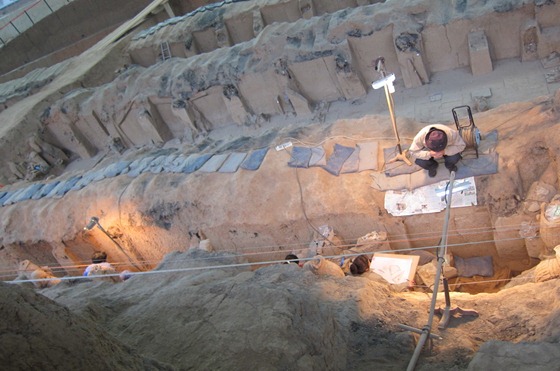 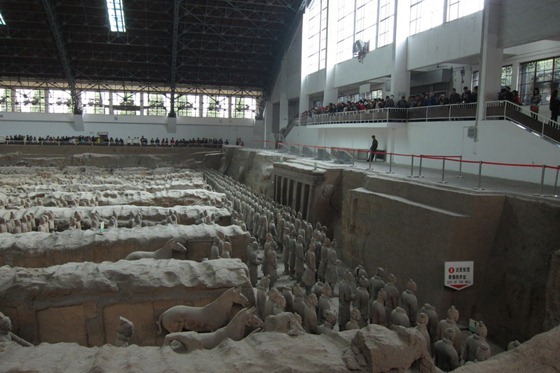 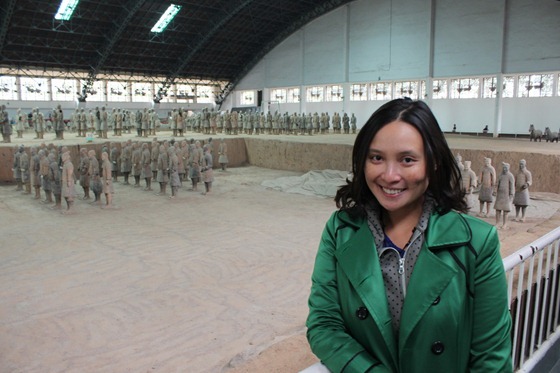 Finally, there was an opportunity for silly photos, so I forced Mr. Selfish to pay the 20 yuan to take the photos. 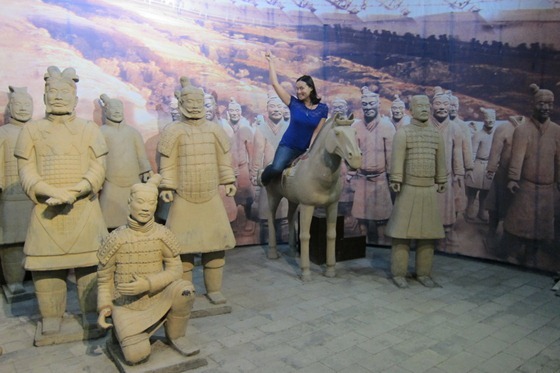 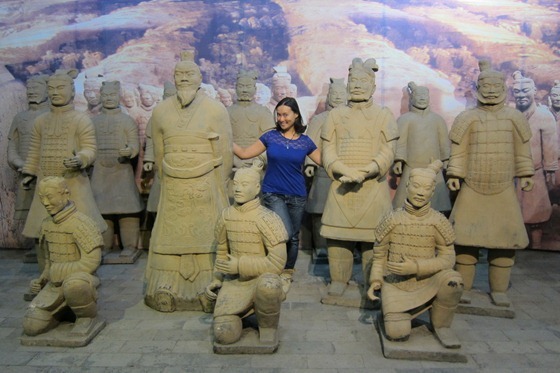 I don’t regret going to Xi’an to see the Terracotta Warriors Museum, but I wouldn’t recommend it if you have limited time in China.