Redeeming for miles and points is a strange beast.  On the one hand, part of me (and I suspect part of many miles & points addicts) wants to redeem my points for the most expensive hotel I can get. On the other hand, another part of me wants to stretch my miles and points across as many days as possible since we’re in this for the long haul.

Sometimes there’s a happy intersection where a quality hotel, for whatever reason, is a complete steal at its current redemption rate.  The JW Marriott Beijing is one such hotel.

Since I still had platinum status, from the “Taste of Platinum” challenge, I used 3 certificates from my account and one from Mrs. Selfish’s.  I added her name to my stay, and vice versa, then emailed the hotel to tell them that we were staying a total of four nights over two reservations.

Upon check-in, I requested an upgrade to a suite, which is a benefit platinum members (even temporary ones) can enjoy at Marriott’s Asian properties.  Mrs. Selfish and I tried this in Hong Kong with great success, so I was surprised when I was immediately rebuffed by the front desk clerk.

She claimed the hotel was completely booked for a “private event” and said that no upgrades were available.  An immediate search online using my smart phone confirmed that the hotel had executive rooms and suites available, which I quickly pointed out.  After a few minutes of conferring with another front desk clerk, we were upgraded to an executive room – success! 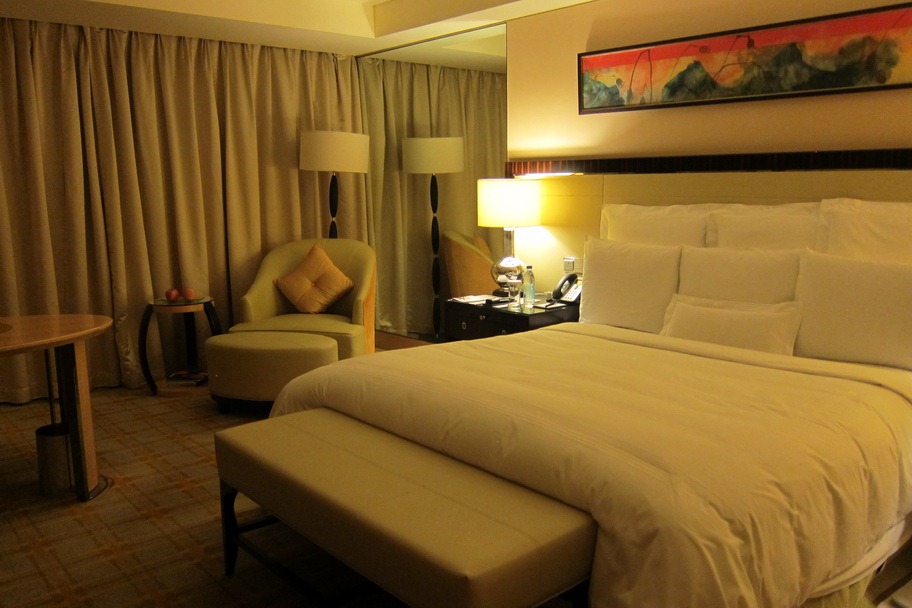 The executive room is a pretty standard size, but is tastefully decorated. Unlike the JW Marriott Hong Kong, the JW Marriott Beijing appears to have been recently updated.

One of the features Mrs. Selfish and I enjoyed the most was the A/V cables by the desk, which we used to connect our laptop to the TV to watch movies.

This being China, the first night we were given 4 bottles of water.  Since I drink roughly a gallon of water a day, I asked for more water the following day and was granted 6 bottles each day for the remainder of our trip – outstanding!

The bathroom was pretty nice as well, sporting a bathtub (with TV!), and a rainfall-styled shower. 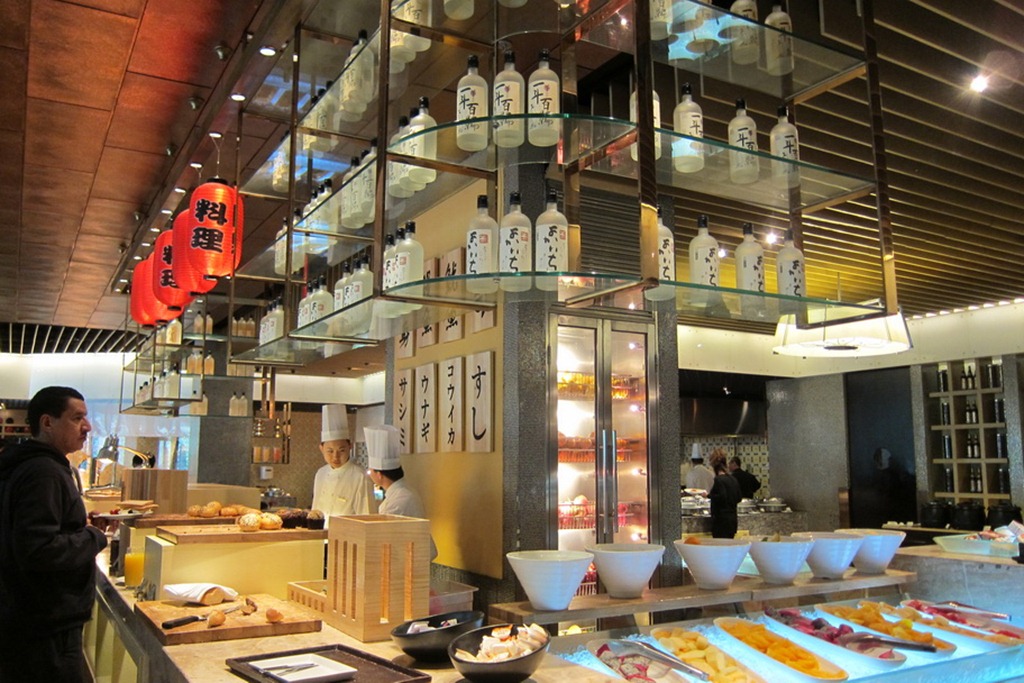 The breakfast bar was pretty typical for a Western hotel in Asia.  They have basically anything you could possibly want to eat for breakfast, and many thing you would not. From cereals and yogurt, to pancakes and bacon, to croissants and cheese, to dumplings and fried rice. 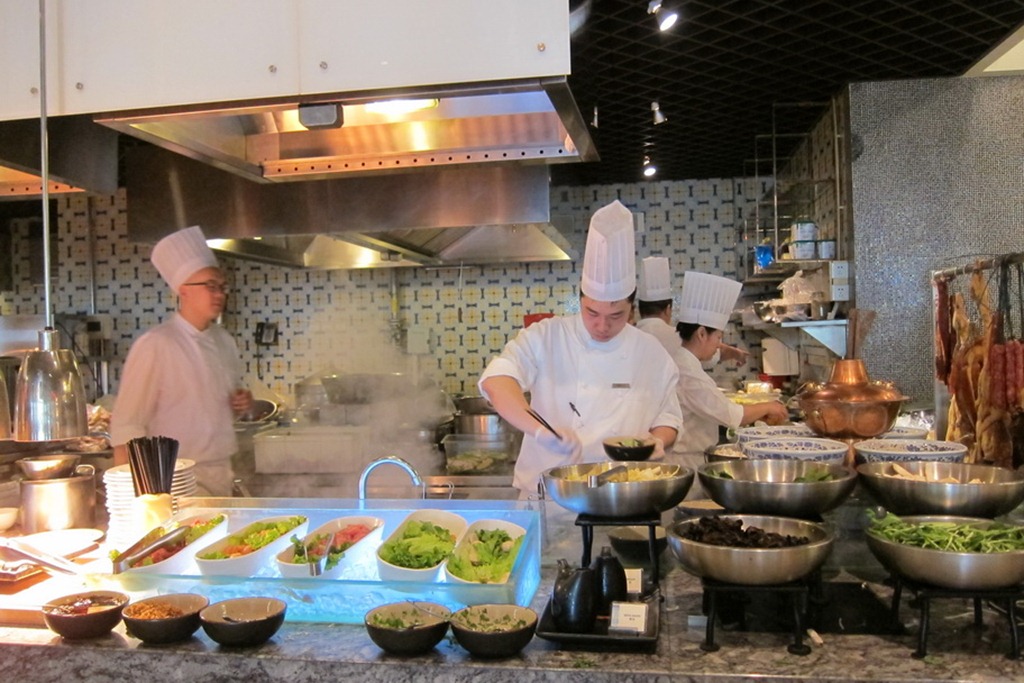 Mrs. Selfish quickly became obsessed with their breakfast soup, which she customarily packed with tofu, mushrooms, and greens – delicious. 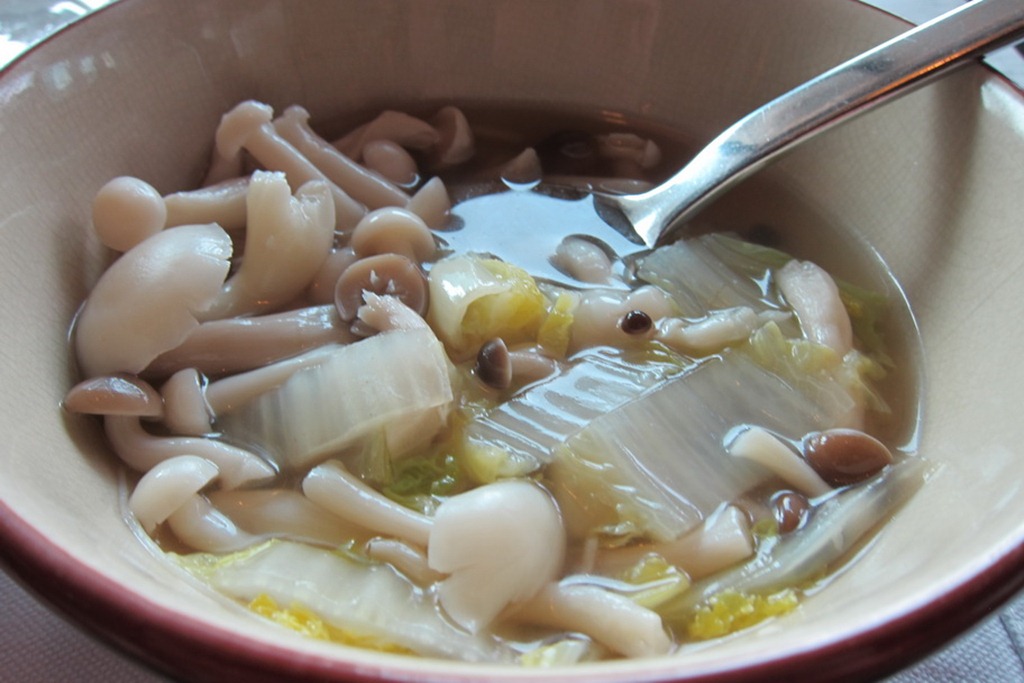 Strangely we didn’t actually have access to the lounge until the last two nights.  Up until this point we’d been told that a “private event” would be taking over the upper three floors of the hotel.

It turns out the event was John Kerry’s press tour of Asia in response to the North Korean nuclear crisis.  Apparently, the JW Marriott is the Secretary of State’s go-to hotel in Beijing (I had read on flyertalk that Hillary Clinton stayed here as well), so don’t be surprised if you see men with earpieces – yes, they are packing.

Once we gained access, we found the lounge to be pretty standard. Although the free drinks and cookies were excellent, the lounge itself lacked the panache of its sister hotel in Hong Kong, but hey, free is free, right? 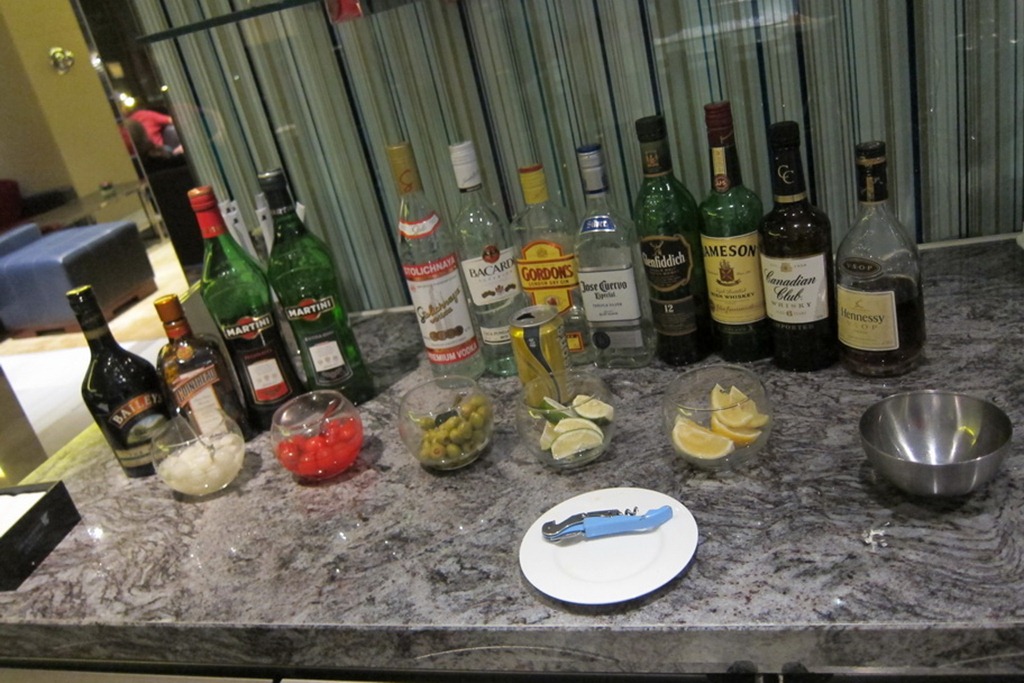 The JW Marriott Beijing is a fantastic, up to date hotel with impeccable service, in a great location.  If you have Marriott free night certificates to burn, I would definitely recommend using them here. Especially considering that a normal room prices out at 1900 CNY ($308) a night – craziness!