Mr. Selfish and I certainly enjoyed the Korean food in Seoul. We loved the bulgogi, galbi, and bibimbap, but there was something missing – chicken. Specifically, we were on the hunt for Korean fried chicken, which is seasoned with many spices, including salt and sugar, prior to frying. We also learned that Korean chickens are different from the ones U.S. since they are typically smaller and have less protein. As a result, the chickens are usually fried whole and then chopped into smaller pieces. The fried chicken is then typically served with pickled radishes of some sort.

Mr. Selfish looked for the best Korean fried chicken places in town, and we decided to go to HanChu Fried Chicken, which was located at 549-9 Sinsa-dong. It wasn’t a fancy place but it sure was tasty. 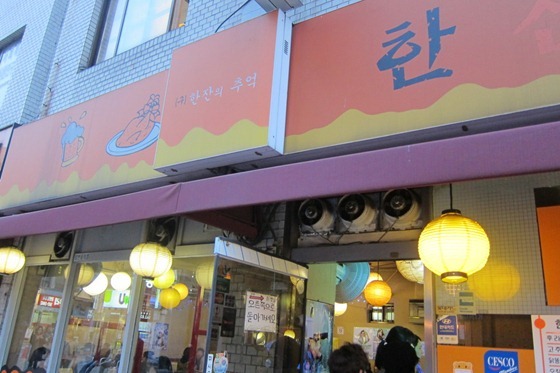 We ordered the regular fried chicken, as well as the spicy version. They cost 17,000 won (~$17 USD) and 18,000 won (~$18 USD), respectively. Both were delicious; the skin was ultra crispy but the meat was still moist. The spicy sauce was also good. It didn’t make the fried chicken soggy as I thought it might. The sauce was actually a very good accompaniment, including the sesame seeds. 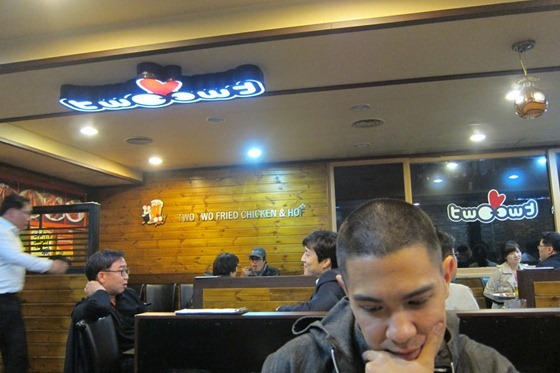 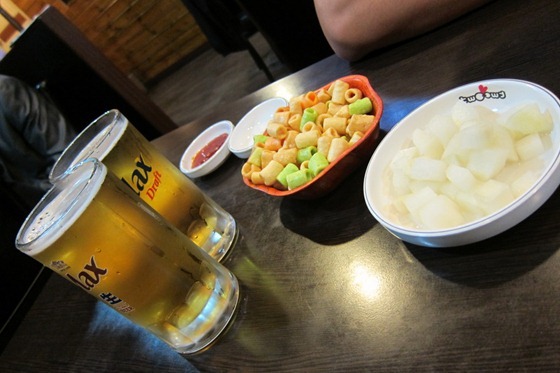 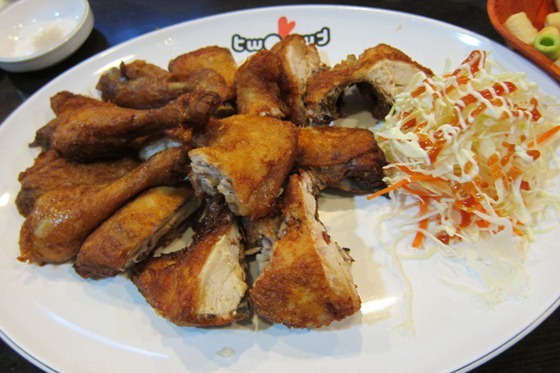 The fried chicken at Two Two was very good, but not as good as HanChu. I didn’t feel that the skin was as crispy. But don’ t get me wrong, it was still very tasty.

Finally, I had read great reviews on Tripadvisor for a restaurant that only served one dish – chicken noodle soup. It is called Myeongdong Dakhanmari and is located at 265-8 Jongno 5-ga. 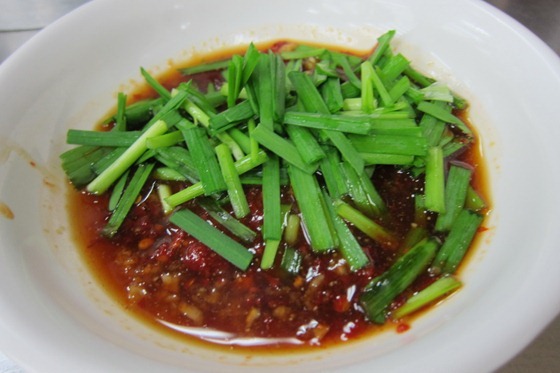 Your table has a pot with broth, noodles, potatoes, and other goodies, into which the staff cuts up a raw chicken. The broth starts to boil, and the pot with the chicken, noodles, and potatoes start to cook. They also give you a side dish of garlic, chili paste, mustard, vinegar, soy sauce, and scallions for dipping pieces of chicken. 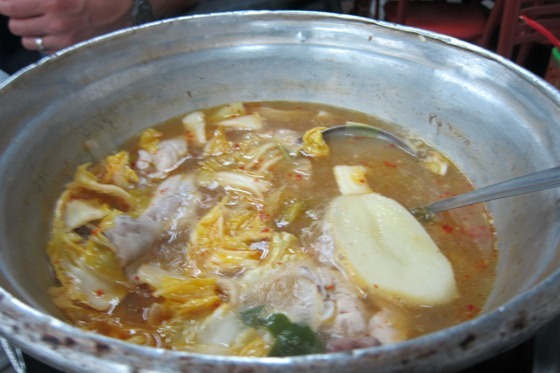 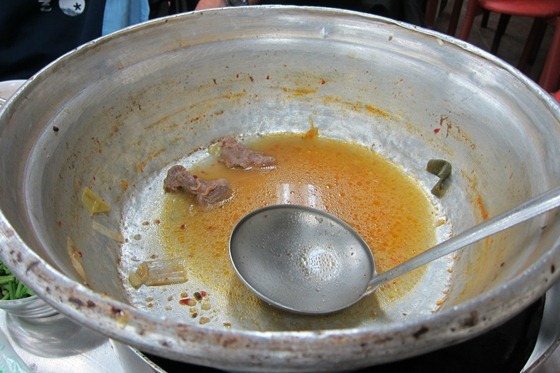 We noticed the the other diners were putting kimchee right into their chicken broth, and we did the same. The chicken noodle soup was utterly delicious. The ingredients were fresh, and the kimchee gave it a nice kick. We ate all of it. The entire meal, which consisted of an entire chicken, only cost 18,000 won (~$18 USD), which was a great deal.

While Mr. Selfish enjoyed the fried chicken the most, I am in love with the chicken noodle soup from Myeongdong Dakhanmari. We are considering going back and visiting other parts of South Korea, mostly for the food.