When looking up pictures of Kyoto, I kept stumbling across the same picture – an arresting grove of bamboo.

Having previously visited Kyoto, I felt this couldn’t be accurate.  After all, if Kyoto had had something this beautiful, shouldn’t we have heard of it and visited last time?

No, apparently.  The bamboo grove was just one of the many spectacular sites of Arashiyama – a beautiful area located on the western outskirts of Kyoto.

Arashiyama is located in the farthest most reaches of Kyoto and takes about an hour to get to from the center of town.

In reality, it probably isn’t that far, but Kyoto has horrible public transportation.  Most of the metro stops don’t connect, often requiring you to exit one line to re-enter another one.

Arshiyama is definitely worth the effort, however.  Not only do they have several beautiful (and largely empty) temples, but they also have a monkey park.

The Monkey Park is a 10 minute walk from Arashiyama Station, and is pretty easy to get to – simply follow the monkey signs.

Tickets to the Monkey Park are 550 yen (~$5.50), and the park itself is a simple winding trail with educational information on monkeys. 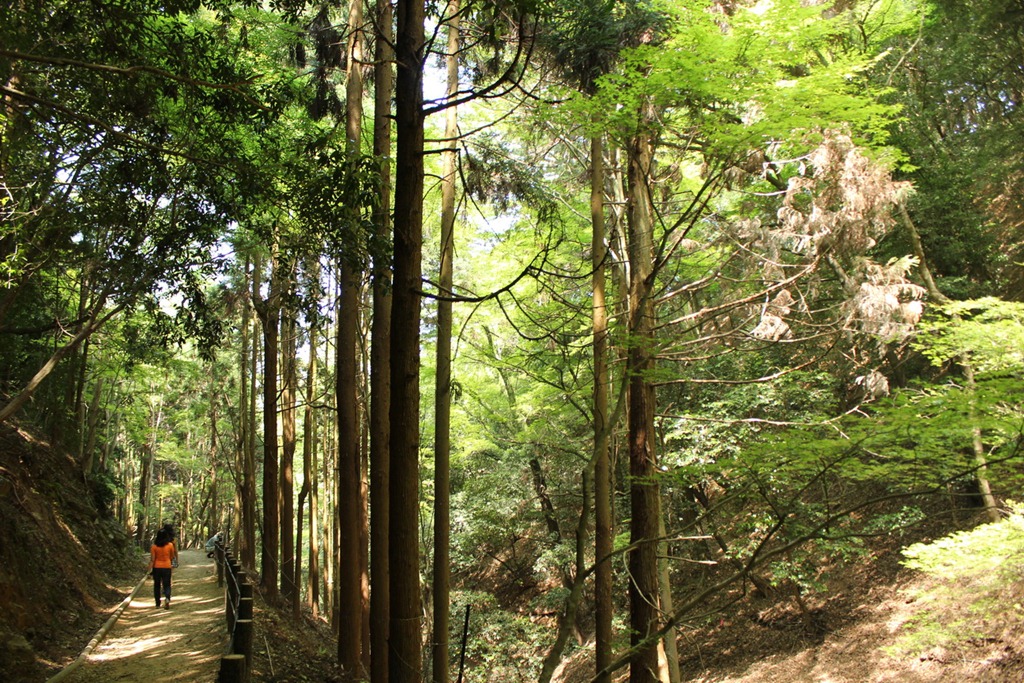 Walking around, you’ll notice more than your fair share of monkey warning signs.  Don’t look at monkeys in the eyes, don’t feed them, don’t approach them – and it’s a good thing the signs are there.  Those monkeys are fierce.

Having survived a monkey attack in the monkey forest at Bali, Mrs. Selfish and I decided to roll the ol’ rabbies dice again, and see if we could get close to the monkeys without getting attacked again. Within a few minutes of entering the forest we finally spotted some monkeys. 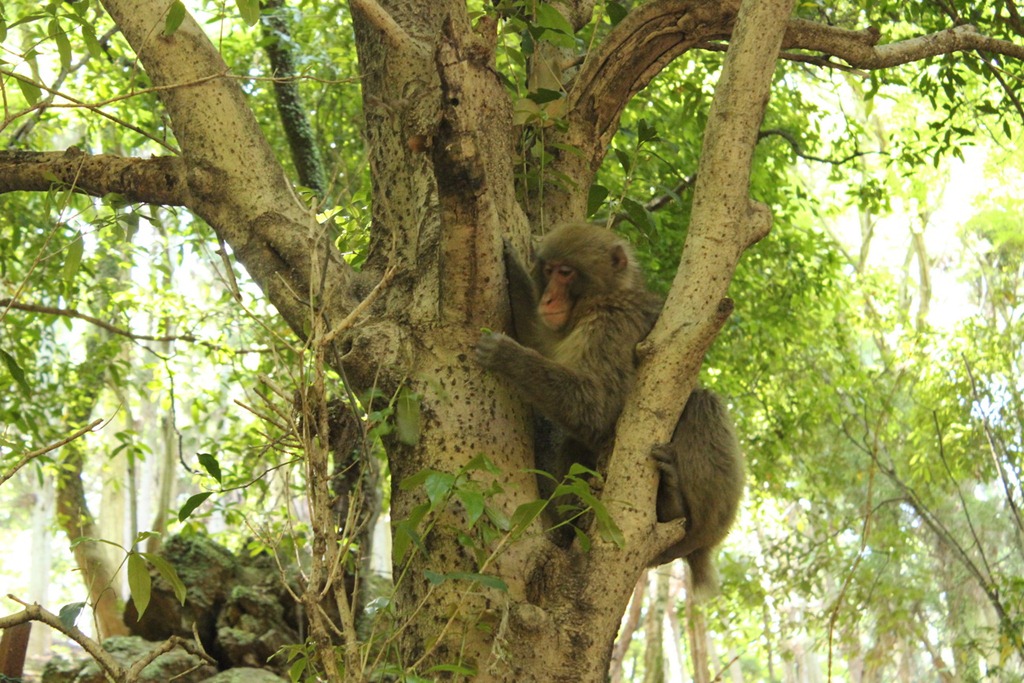 Despite a near encounter with one monkey, we managed to make it to the top of the Monkey Park, where they had a monkey shack in place. 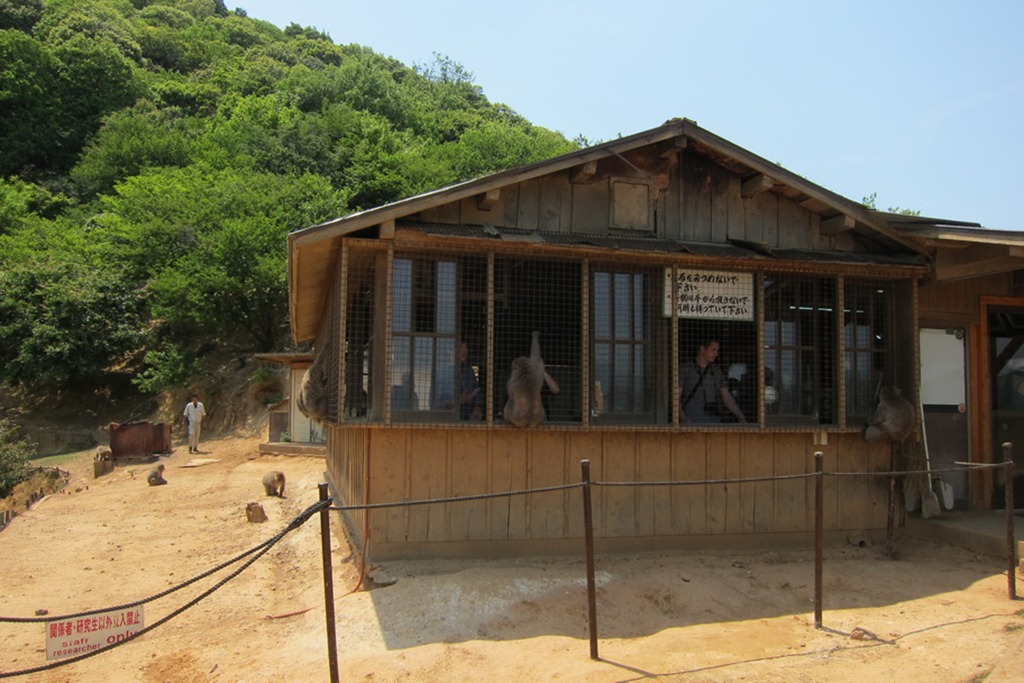 Next, we made a B Line for the Bamboo Grove at Arashiyama.  The bamboo grove is located close to the Torokko Arashiyama station.  I admit I was expecting it to be much larger, but even though it was pretty short, it was still very beautiful. 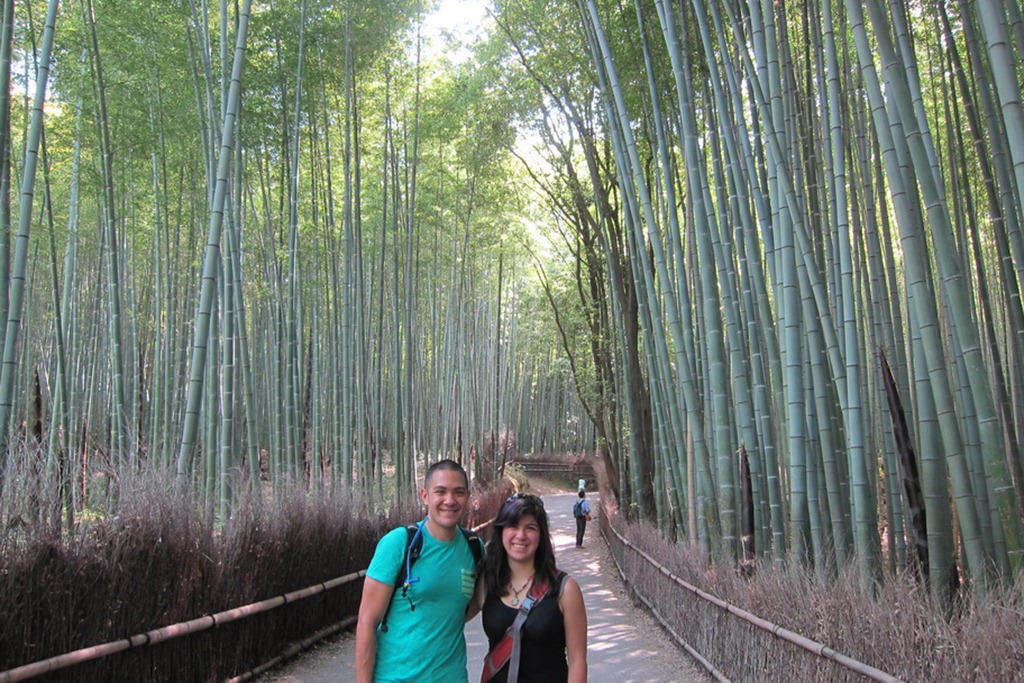 Hanging out with my sister who flew to Japan. On points, of course.

Then, we headed to the under-visited Adashino Nenbutsuji Temple.  The temple belongs to the Pure Land sect of Buddhism and used to be a graveyard.  According to legend, one of the high priests buried over a thousand statues of Buddha in the temple area in the early 800’s.

I’m not sure whether the high priest actually buried that many statues, but there are thousands of stone carvings in various states of erosion in the temple, giving it a very eerie feeling.  Definitely worth the 500 yen entry fee. 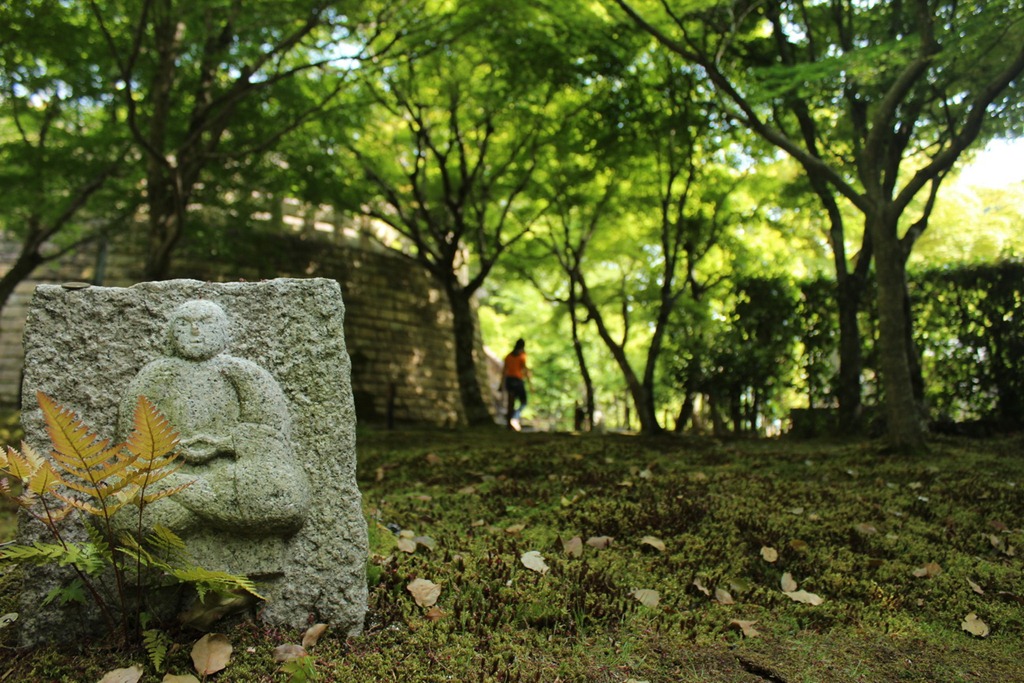 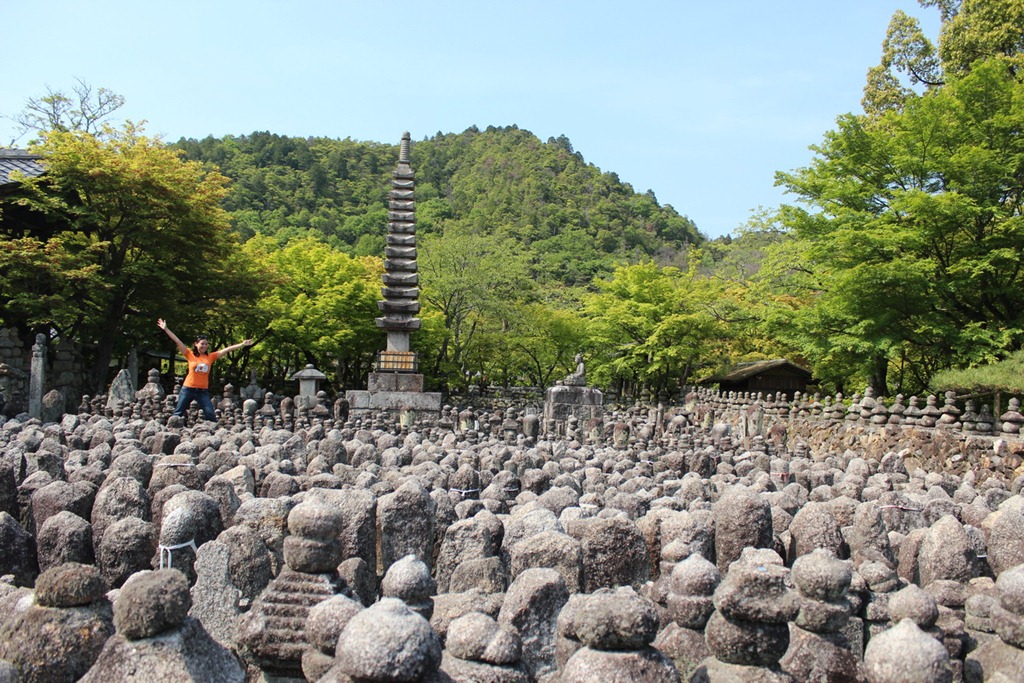 Whoever carved the monks must have had a great sense of humor.  Their expressions run the gamete from stoic to comical and are a must see – especially at 300 yen. 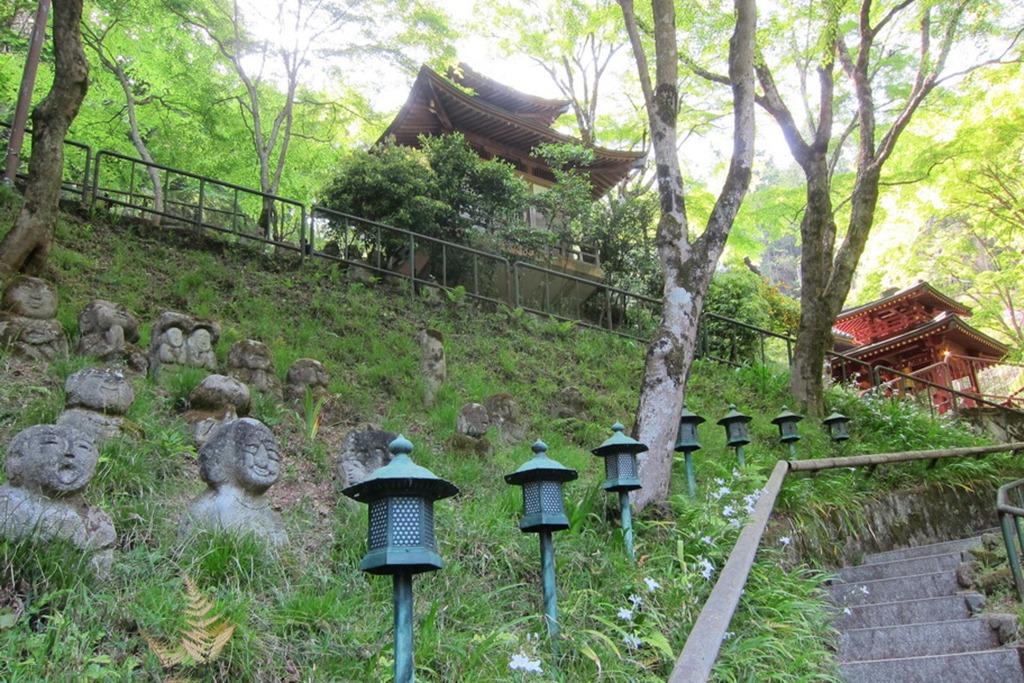 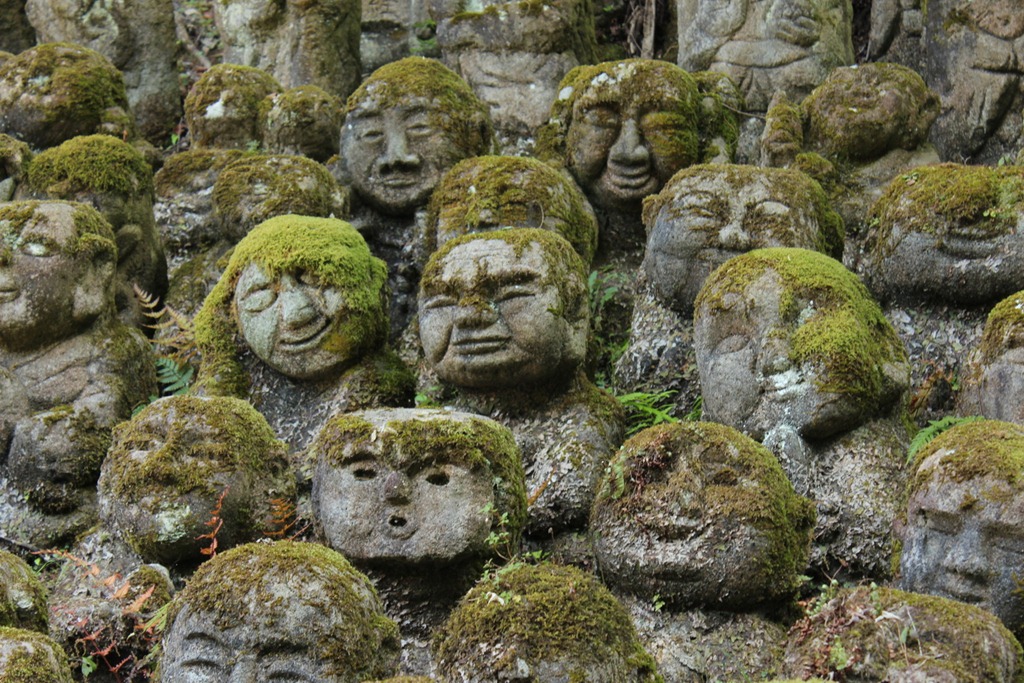 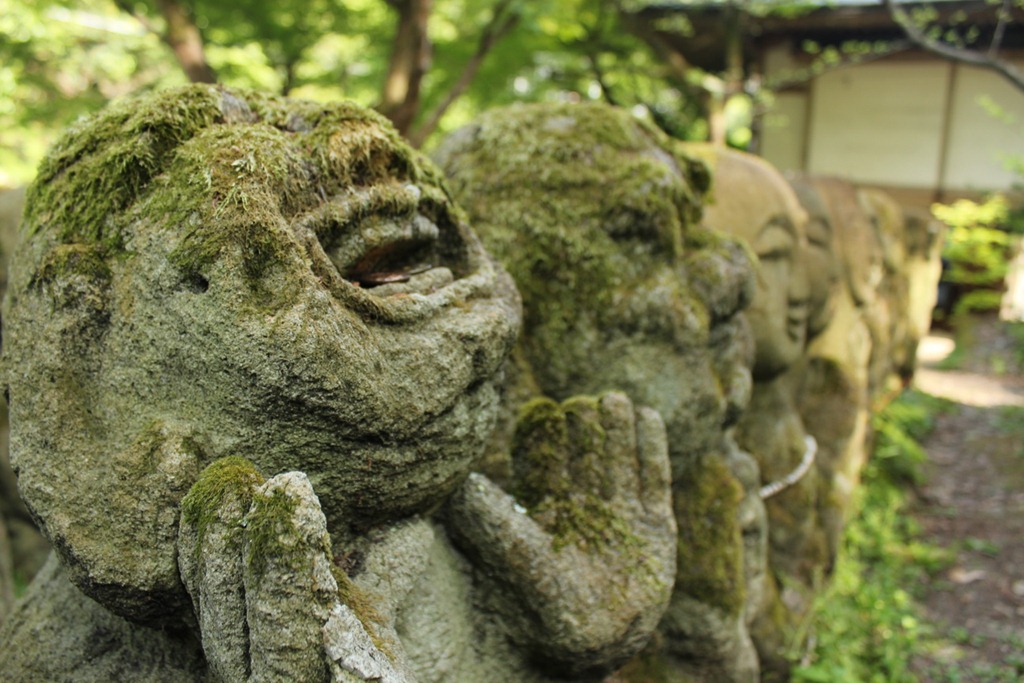 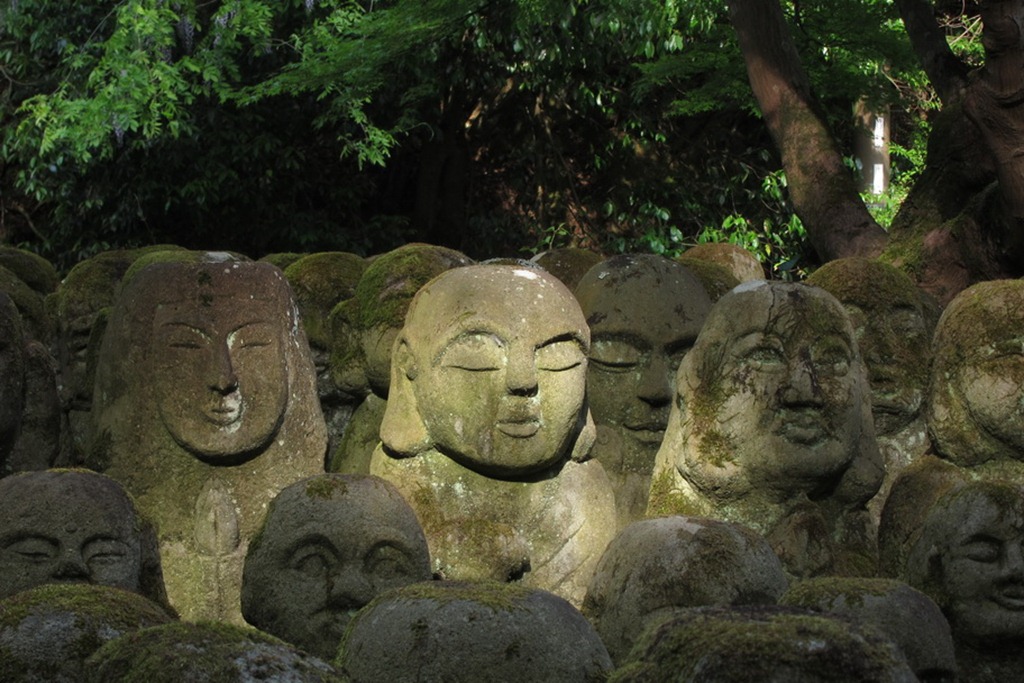 In short, if you’re thinking of visiting Kyoto you should put the Arashiyama area on your itinerary.  It’s a little off the beaten path, but the sites and experiences more than make up for it.  Just don’t look the monkeys in the eyes.