When a lot of us think of Japanese food, our first inclination is to think of sushi.  And it’s true.  Sushi is very popular outside of Japan – chances are that the city or town you live in has at least one sushi restaurant, if not dozens.

It turns out the type of sushi we have in the States, is not true sushi (shocker!).  In the States, rolls rule, and while you occasionally see them in Japan they are not the multicolored-monstrosities stuffed with cream cheese and avocado you find in North America. Nor is Japanese seafoor just sashimi and sushi.

So Mrs. Selfish and I decided we’d undertake a crash course in Japanese seafood, for the sake of our readers, of course. 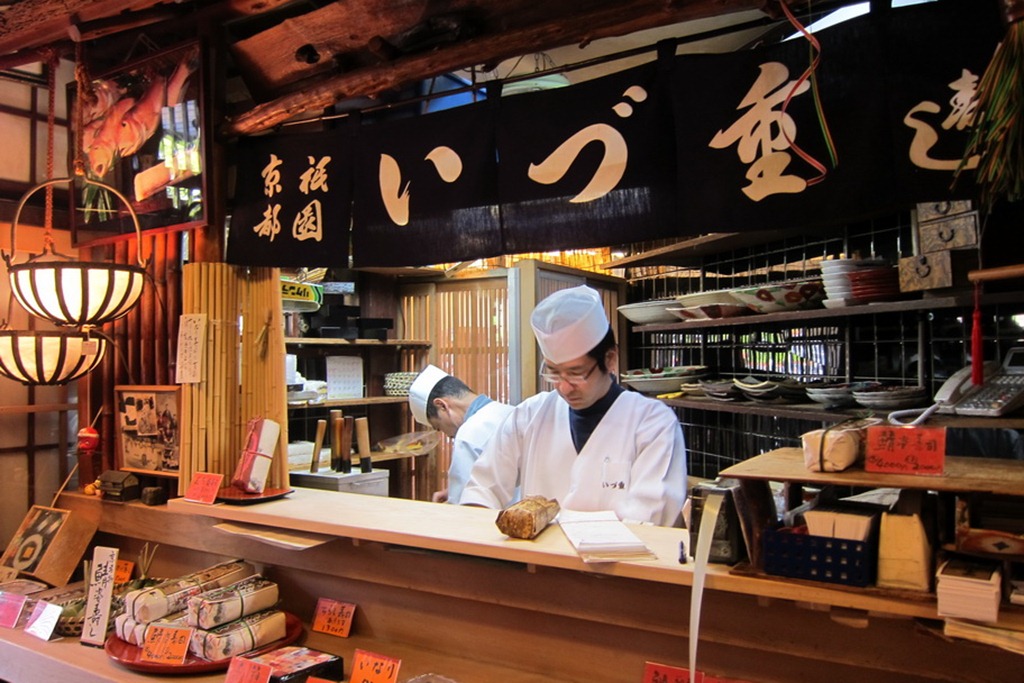 For our first foray into alternate Japanese seafoods, Mrs. Selfish and I decided to try Kyoto-Style sushi.  Unlike typical sushi, Kyoto style sushi uses a lot more vinegar and rice, probably because getting fresh fish in the center of the country would have been quite a feat back in the day. 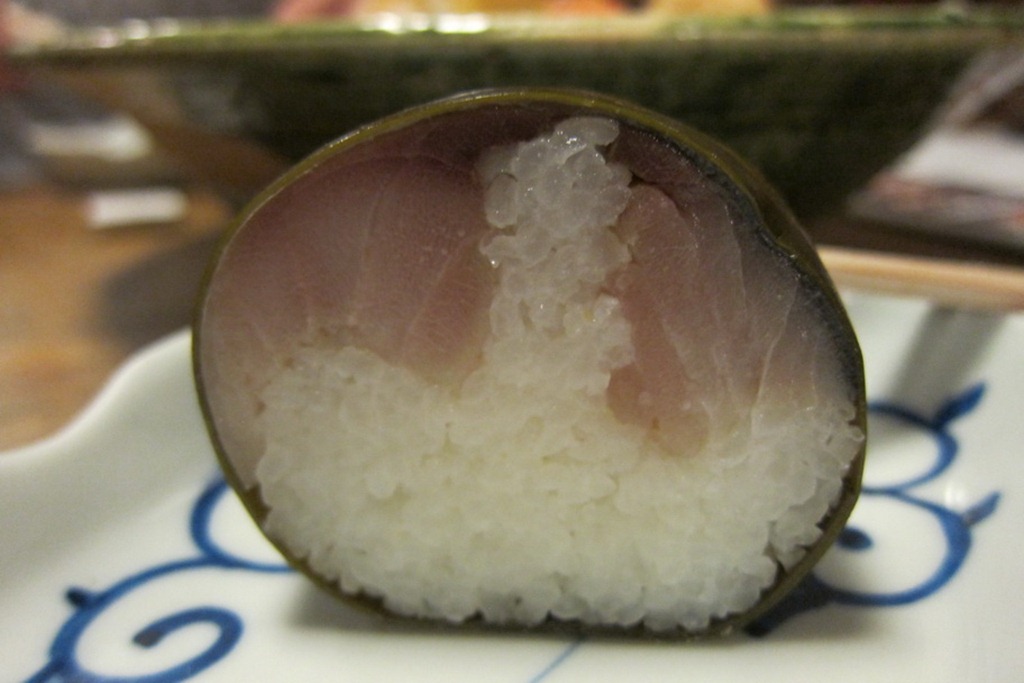 Izuju Sushi, located near the Yasuka Shrine in the Gion district, is one of the more famous Kyoto style sushi restaurants, and has been in business for over 100 years. 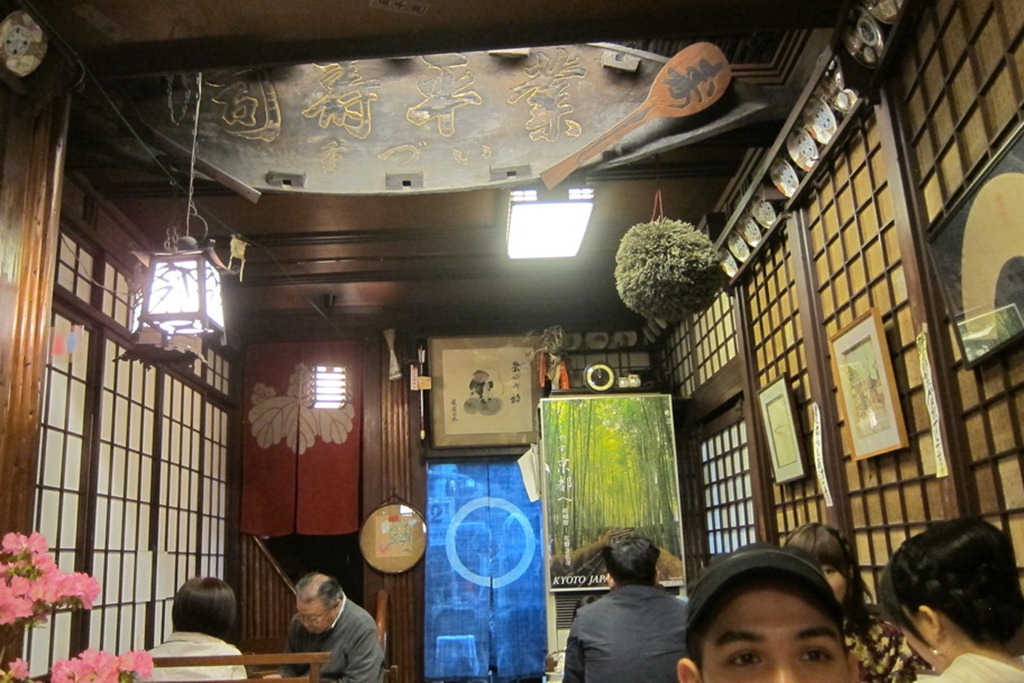 One of their specialties is Inarizushi, which is a pouch of fried tofu stuffed with sushi rice. 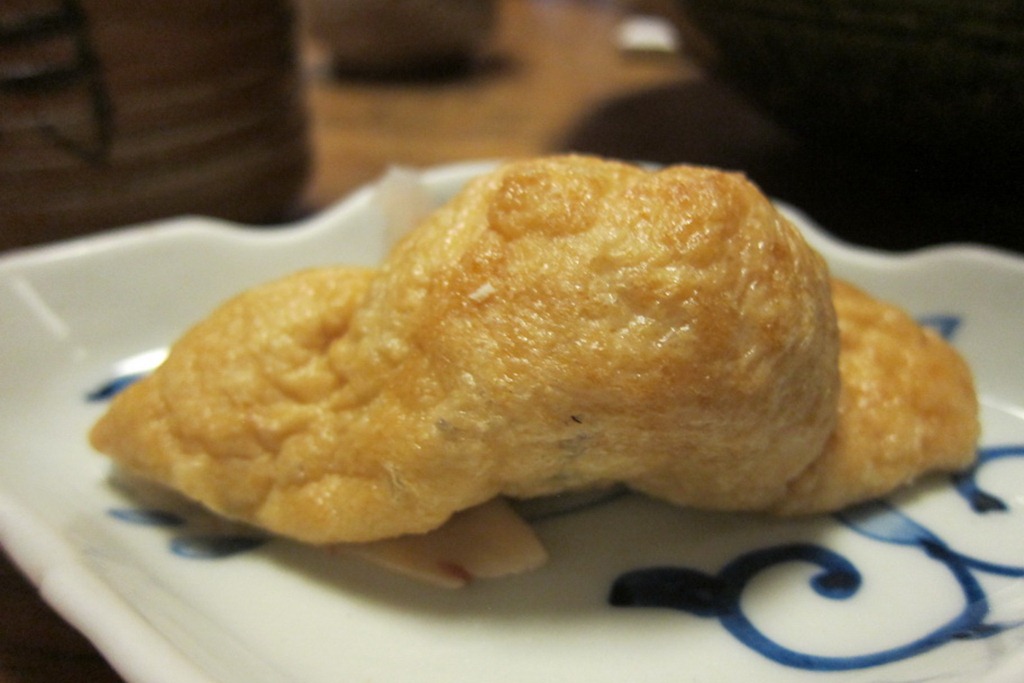 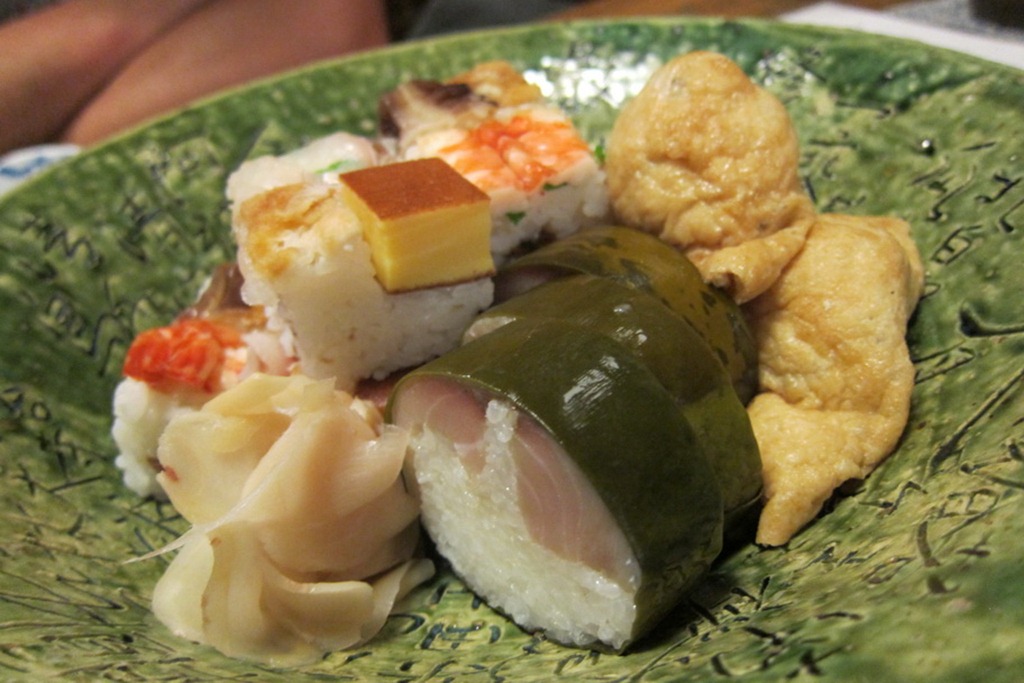 Inarizushi is equal parts sweet and sour, with the light sweetness of the tofu balancing out the vinegary quality of the rice.  It’s utterly delightful.  Other sushi types are decent, but very rice heavy.  It makes sense, considering the origin, but I still prefer normal sushi.

VERDICT: A little strange, but worth experiencing.

The ultimate cheap sushi experience. Conveyor belt sushi is fast, efficient, convenient, and above all cheap.

At Kurazushi, a Kyoto conveyor belt sushi chain, we were paying roughly 100 yen ($1) per plate.  Customers sit down at the counter, or in a booth, and grab trays as they make their way down the conveyor belt.

After finishing up, simply drop your tray down the wall slot in your booth and the sushi console automatically tallies up your bill.  Japanese matcha (green tea) is included free of charge – each table comes with a small container of matcha, and a hot water dispenser. 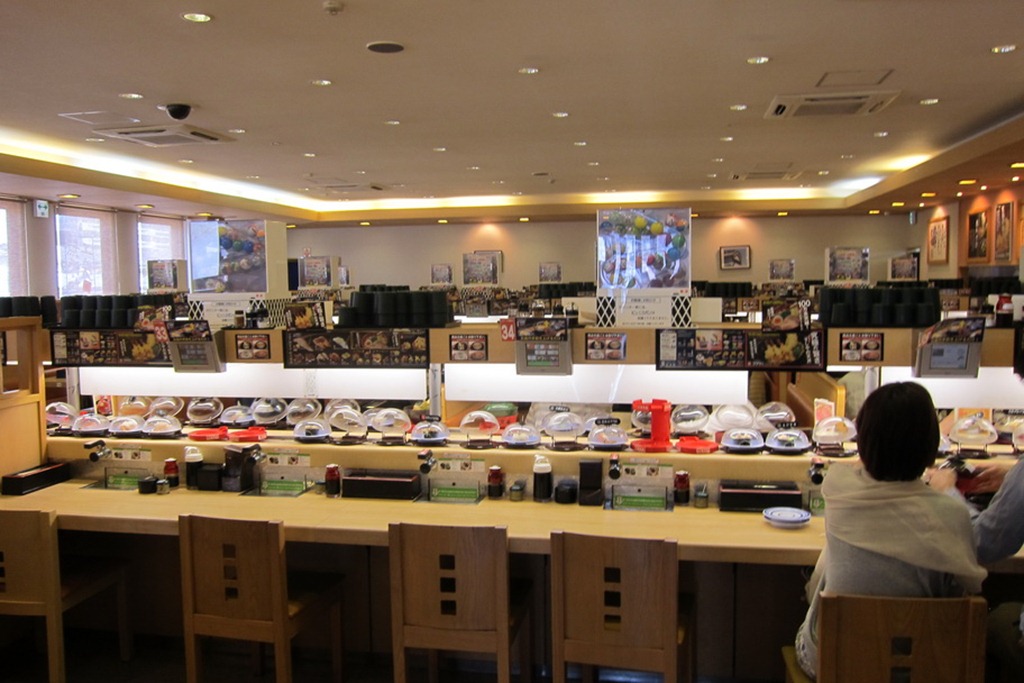 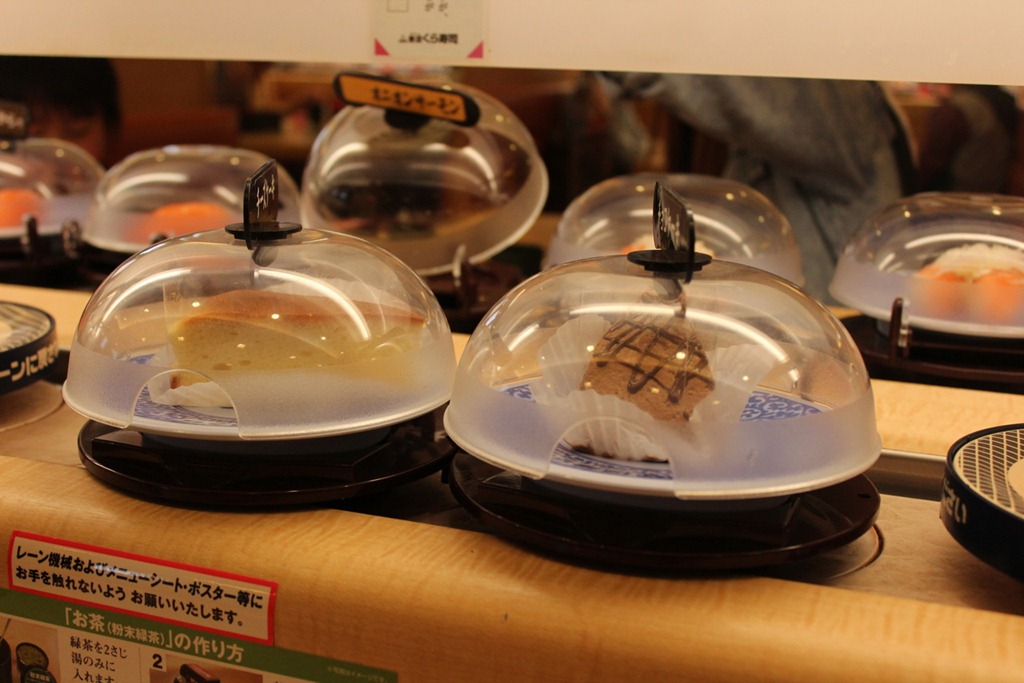 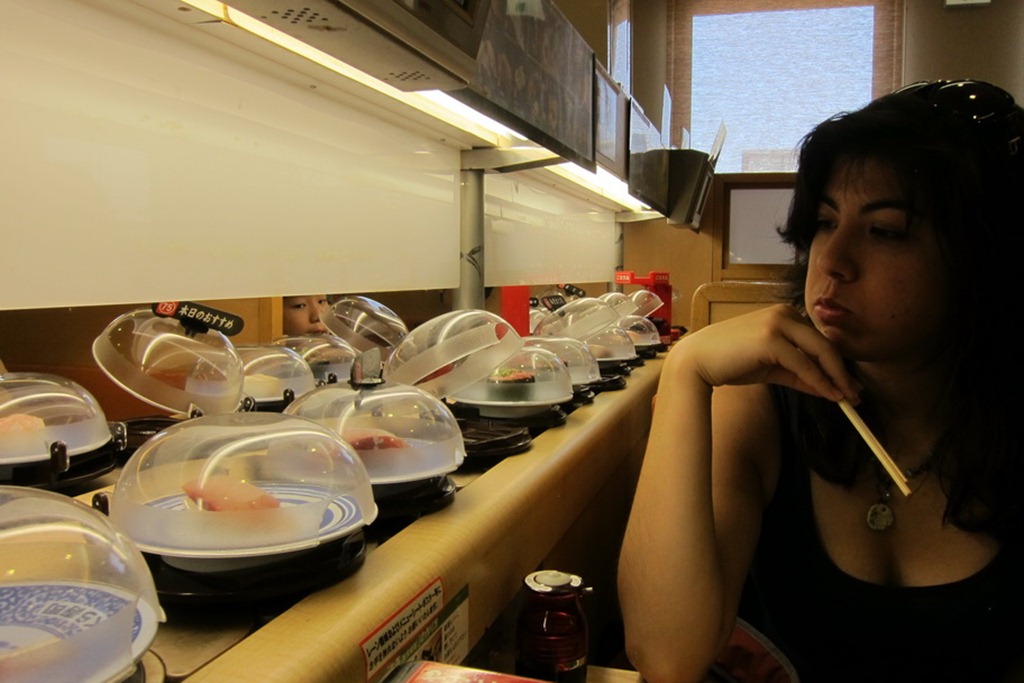 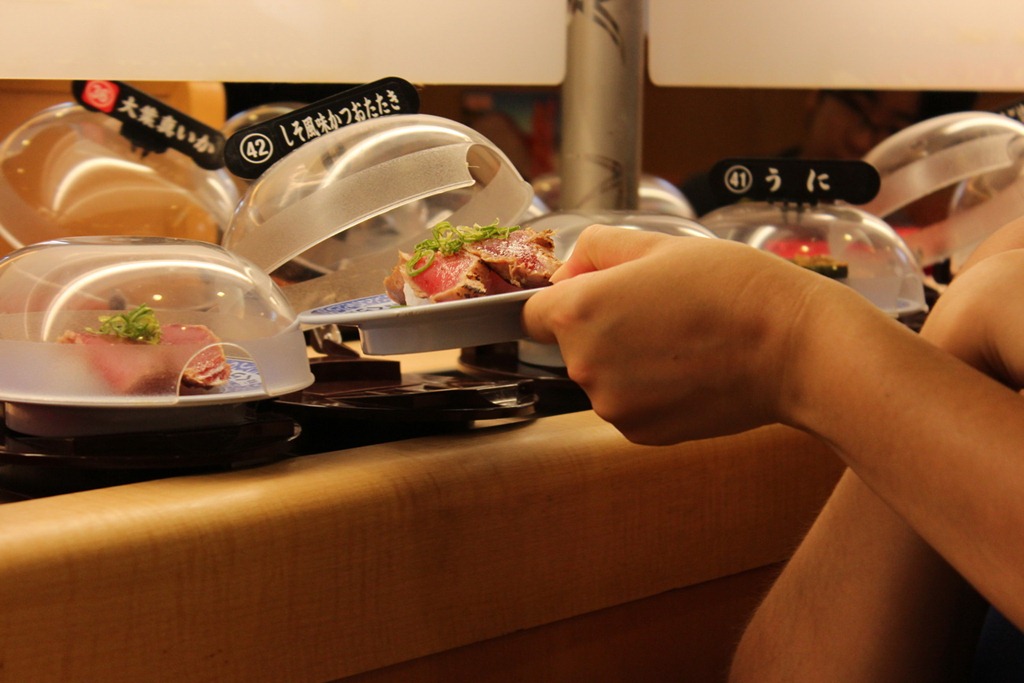 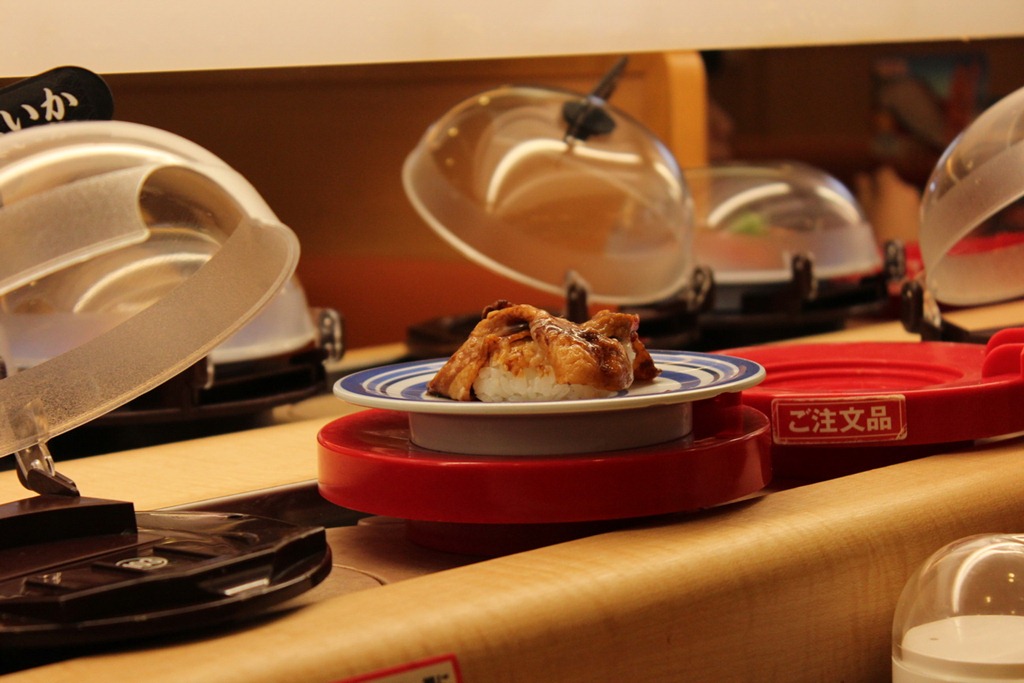 Last we decided to try Unagidon at Kaneyo – a local restaurant found near the Sanjo metro stop. Unagidon is a dish consisting of cooked eel served on top of a bed of rice. Kaneyo is an older restaurant, but don’t be fooled – they have an English menu. 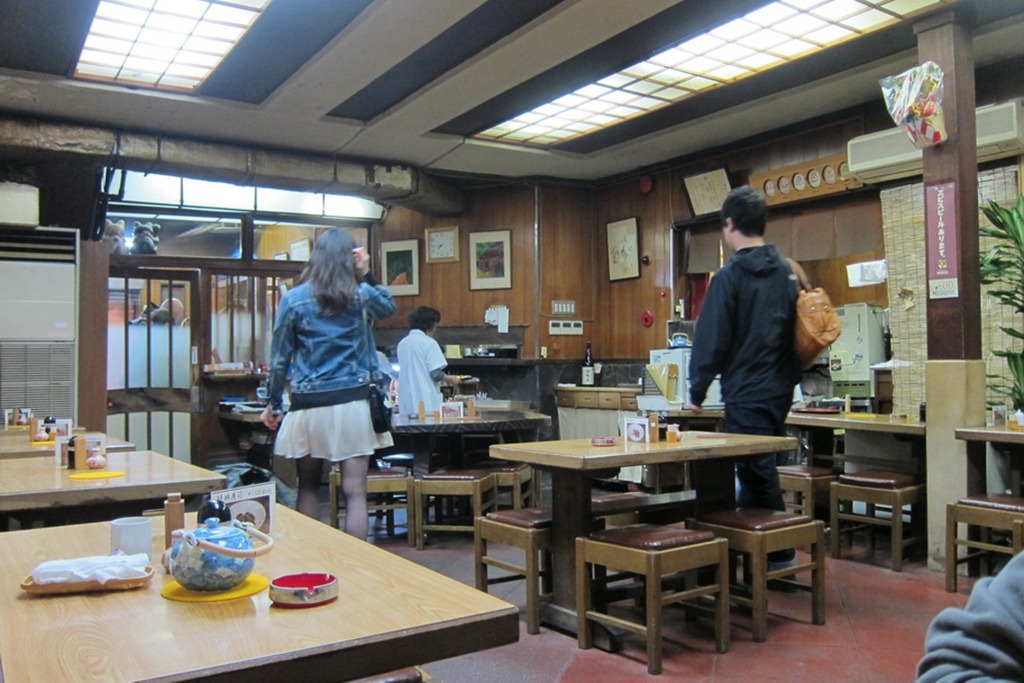 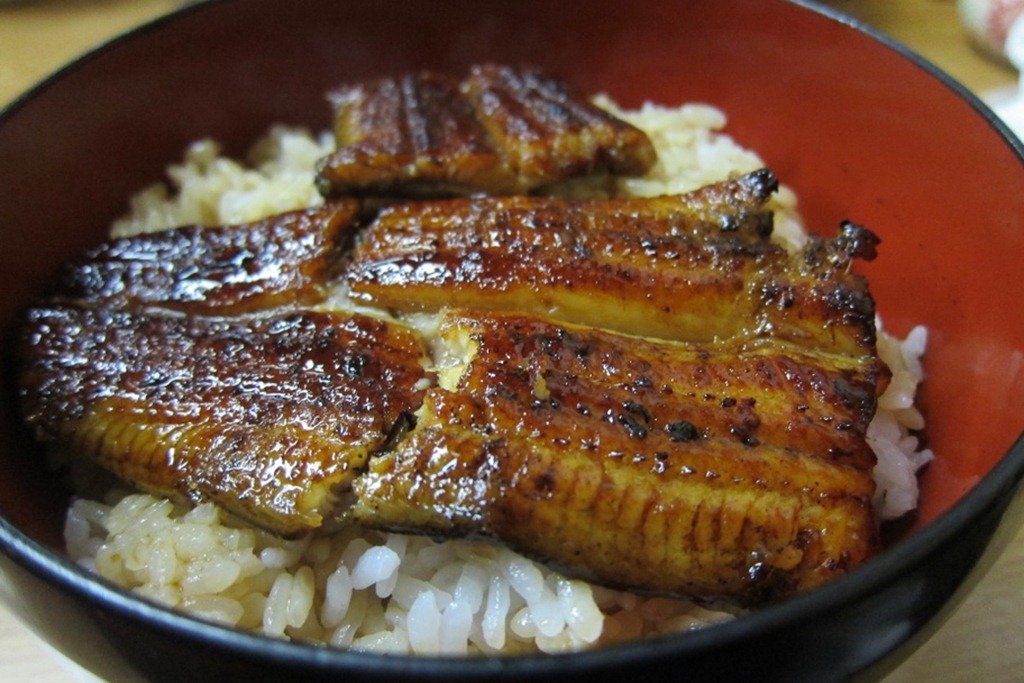 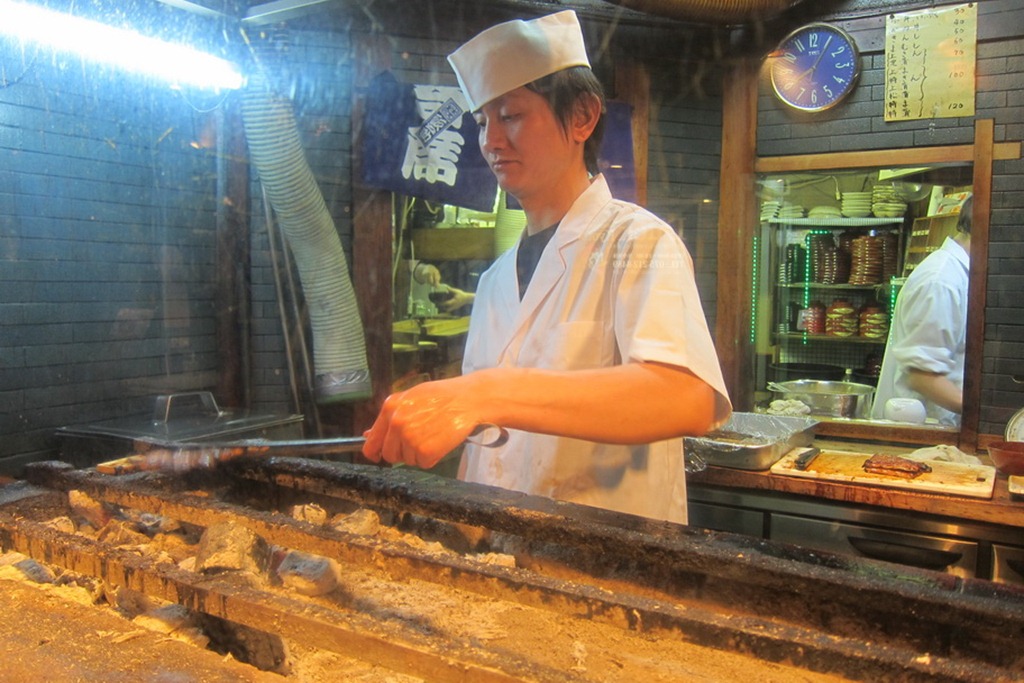 The 3 of us each ordered a small Unagidon for 2100 yen each since we were about to go to a movie and were looking forward to the popcorn.  Otherwise, as an adult male I probably would have ordered a medium.

The Unagi was tender and sweet, and was excellent on rice, but to be honest it tasted just like the Unagidon I had at my local sushi restaurant in Orlando.

VERDICT: The same as eating it in the States.  Try it there for cheaper!

3 thoughts on “Getting Fishy in Kyoto”