Mr. Selfish and I visited the iconic Golden Pavilion (aka Kinkakuji), which is a Zen temple covered in gold leaf. Just like everything else in Kyoto, the temple has burned down several times during its history. This latest version of the Golden Pavilion was built in 1955.

There wasn’t much to the Golden Pavilion. It was pretty and makes for a good photo op. However, the rest of the grounds was a little lackluster. Unless you are looking for an iconic photo, you can probably skip it.

On the other hand, Mr. Selfish and I did enjoy the Ryoanji temple. Ryoanji is famous for its beautiful rock garden. Some say that the rock garden represents a tiger carrying her cubs a pond while others claim that it represents infinity. Aside from the serene rock garden, Ryoanji also has a pretty lake and a moss garden area. Ryoanji temple was our favorite temple in this area. 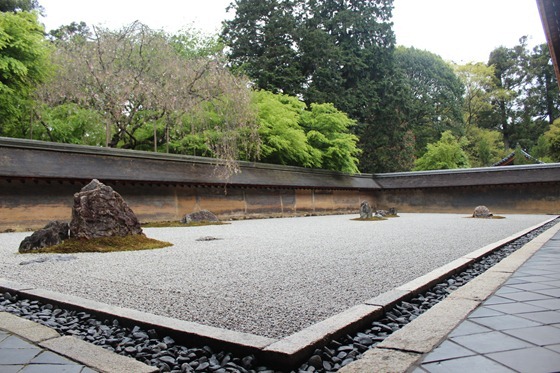 Next, we visited Ninnaji temple, which dates back to the Edo period. The primary reason that we visited this temple was for a chance to see the late blooming cherry blossoms. Unfortunately, we were still too late for the late bloomers. Nevertheless, Ninnaji was lovely. 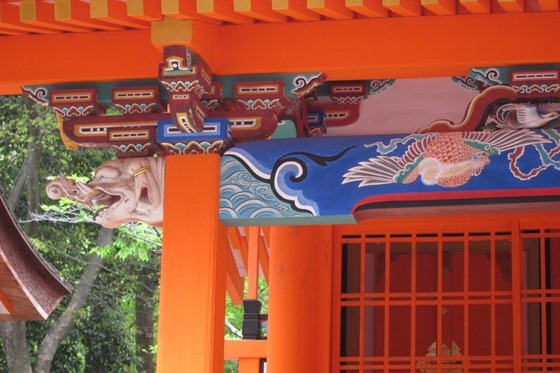 Lastly, we visited Myoshinji, which is a large temple complex in the area. Myoshinji contains forty sub-temples but visitors are not allowed inside most of them. It was still nice to just wander around the complex and see the outside of so many buildings.

However, you are allowed to visit the Hatto Hall on a guided tour. Although the tour was only in Japanese, it was neat to see the inside of Hatto Hall, especially the large mural of a dragon on the ceiling (no pictures were allowed of course). The tour also includes a visit to the temple’s bath house, which dates back to 1603. 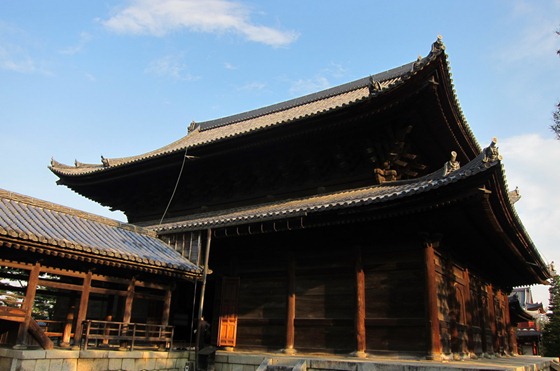 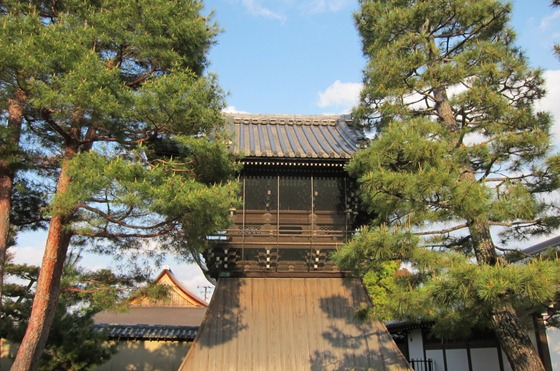 Although the Golden Pavilion failed to meet expectations, it is still worthwhile to visit northwestern Kyoto to see Ryoanji and Myoshinji.

2 thoughts on “Visiting the Temples in the North: The Golden Pavilion, Ryoanji, Ninnaji, and Myoshinji”