Mr. Selfish and I were quite psyched to visit Tokyo DisneySea since we had heard so many wonderful things about it. We had very high expectations for this park, and amazingly, it did not disappoint.

Opening in 2001, Tokyo DisneySea is the most expensive theme park ever built costing over $4 billion USD. It is currently the fourth busiest theme park in the world – just after Disneyland in California, Magic Kingdom in Florida, and Disneyland in Tokyo. However, the park was so well-planned that it actually did not feel that busy. 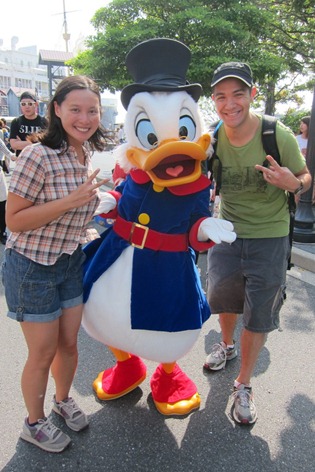 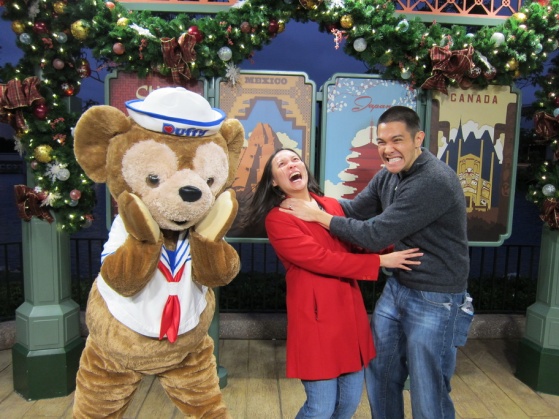 While Duffy isn’t that big in the States, he is HUGE in Japan. Even the men were sporting Duffy merchandise. We ran into couples that had over thirty Duffy bears. 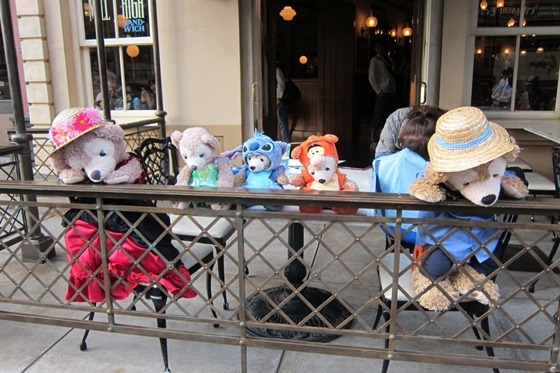 As suggested by its name, Tokyo DisneySea has seven seas to explore. You can see the map here.

Upon entering the park, you start at the Mediterranean Harbor, which is themed like an Italian port city complete with gondolas. This area doesn’t have any rides but only has shops and restaurants. Mr. Selfish and I accordingly didn’t spend much time there. We snapped a few photos and busted butt to get some fast passes.

We headed straight to the Lost River Delta to see the wait times for Raging Spirits and Indiana Jones Adventure: Temple of the Crystal Skull. Raging Spirits had a longer wait time and is the only ride in the park that has an inversion so we opted to grab its fast pass. Unfortunately, the ride is quite lackluster and doesn’t compare to Disney’s other thrilling coasters, such as Rock ‘n’ Roller Coaster. 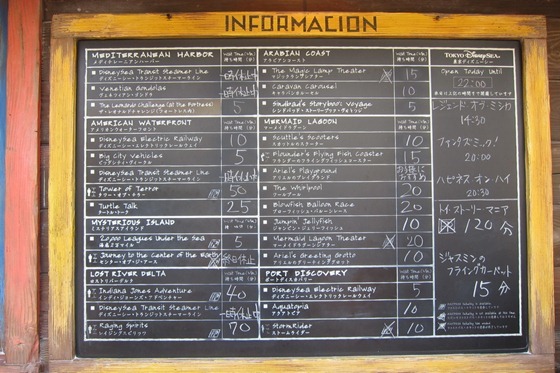 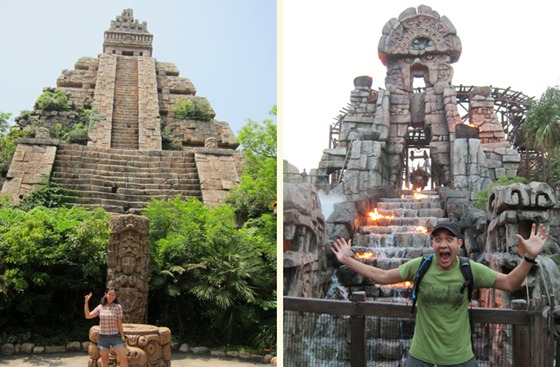 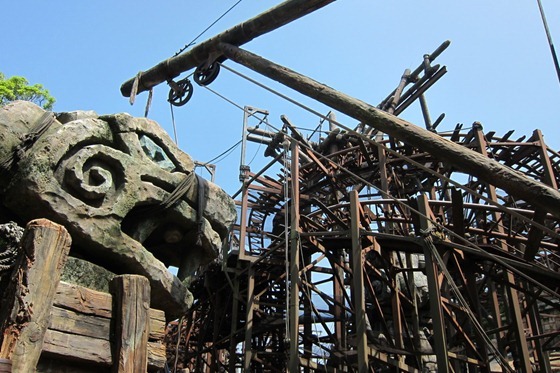 By contrast, the Indiana Jones Adventure was an awesome ride. Mr. Selfish and I actually rode it twice at the end of the night when the wait time was virtually nonexistent. It reminded me of the Mummy at Universal.

Next, we headed to the Arabian Coast, which was very well-themed based on the movie “Aladdin.” Of course, there were lots of Genie references, including the 3D Magic Lamp movie. It was all in Japanese but you can apparently get an English audio guide for the movie (which we didn’t learn until after we watched the movie in Japanese). 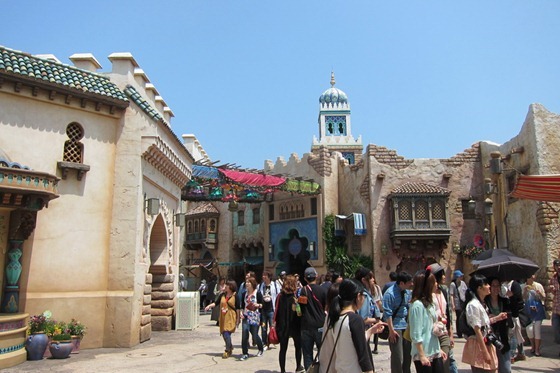 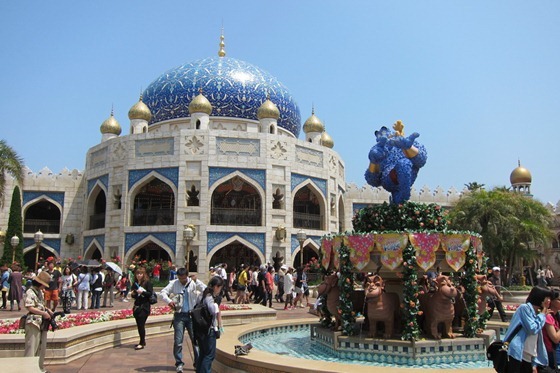 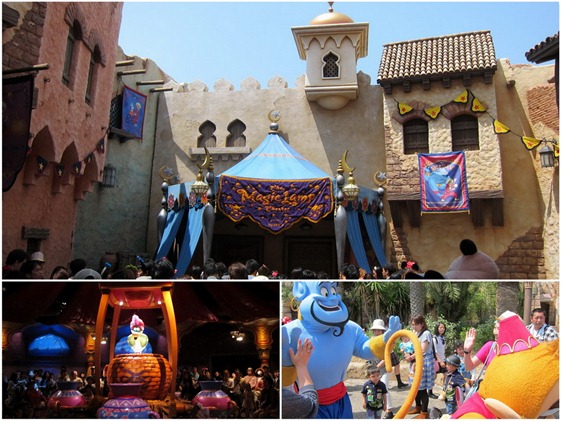 However, the best ride in this area was Sindbad’s Storybook Adventure. It is a slow moving water boat ride (similar to Small World and Pirates of the Caribbean). You follow Sindbad and his tiger cub, Chandu, on their various adventures all to the tune of Alan Menken’s song “Compass of Your Heart.” This ride was a lot of fun and never had a line.

Right next to the Arabian Coast is Mermaid Lagoon, which is based on “The Little Mermaid” of course. Although this area is mostly for children, it was beautifully done. I wanted to ride some of the kids’ rides but I was too big. I also loved the gift shop inside the whale’s mouth. 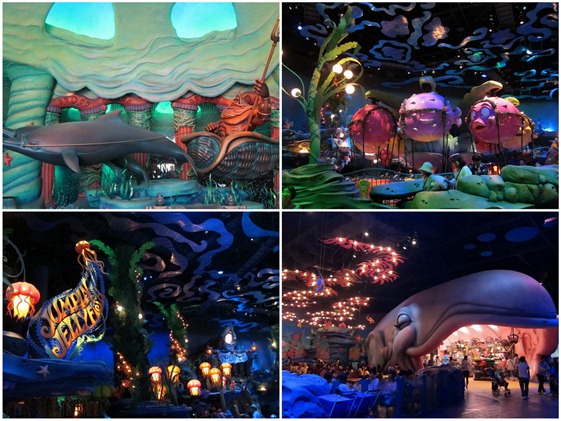 We then headed back toward Port Discovery, which is hailed as the “marina of the future.” The primary ride in this area is StormRide, which had a short line and is a simulator resembling Star Tours. Port Discovery was probably the weakest area at Tokyo DisneySea for me and Mr. Selfish. 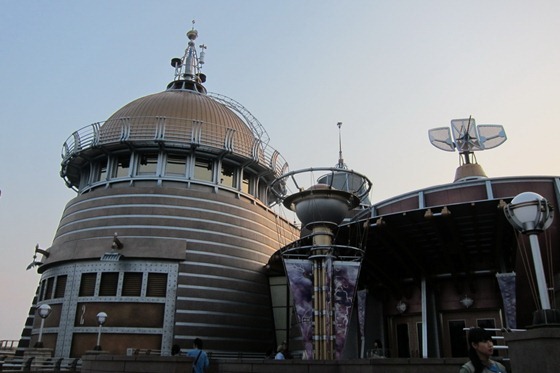 Mr. Selfish and I then visited the Mysterious Island, which is Jules Verne themed. Even though Journey to the Center of the Earth was closed, we still enjoyed this area. We rode 20,000 Leagues Under the Sea, which never had a line and was a quirky little “underwater” ride, a couple of times. We also had some fancy cocktails at Magellan’s bar. 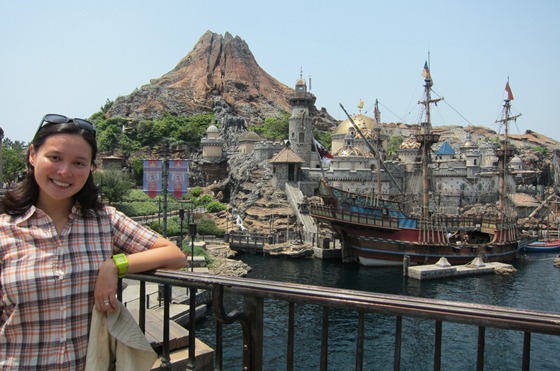 Finally, we visited the American Waterfront, which has the best rides in the park. This area is themed like early 20th century U.S., with the SS Columbia at a New York port. Mr. Selfish and I savored some Sam Adams beer at the Teddy Roosevelt Lounge. 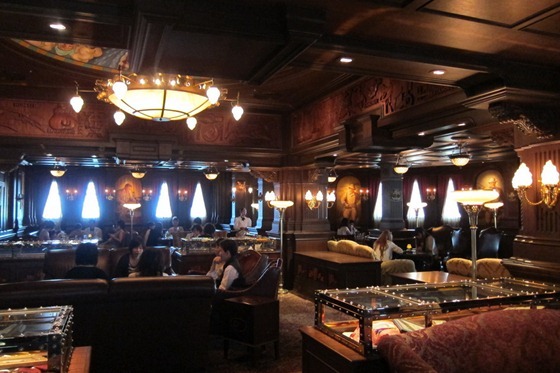 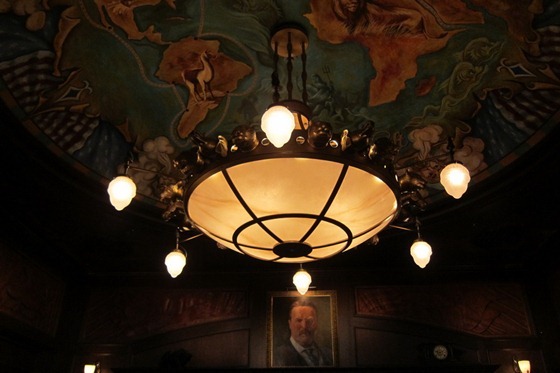 In the hull of the SS Columbia, we watched Turtle Talk. It was interesting to see Crush speaking in Japanese with an Aussie accent.

The other two awesome rides in this area are Tower of Terror and Toy Story Mania. Tower of Terror had a completely different storyline from its counterpart in the States. Instead of a Twilight Zone theme, the Tower was built by a wealthy adventure, Harrison Hightower, who stole artifacts from all over the world. As it turns out, one of the artifacts was cursed and Harrison was killed in the elevator. Harrison Hightower reminded us of Henry Hatsworth from one of Mr. Selfish’s games.

Toy Story Mania wasn’t that different from the one stateside. In particular, similar to the ride stateside, the shortest we saw the line was at 90 minutes. On the plus side, the outside area, known as Toyville Trolley Park, was very well-themed, especially at night. 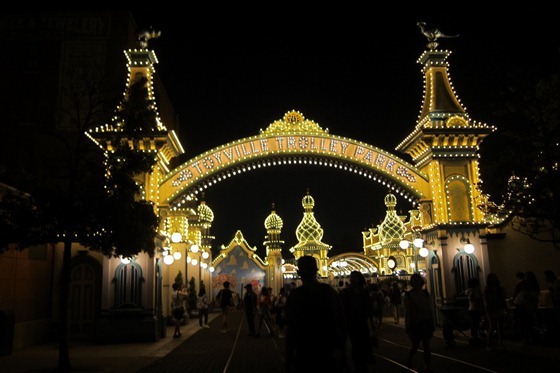 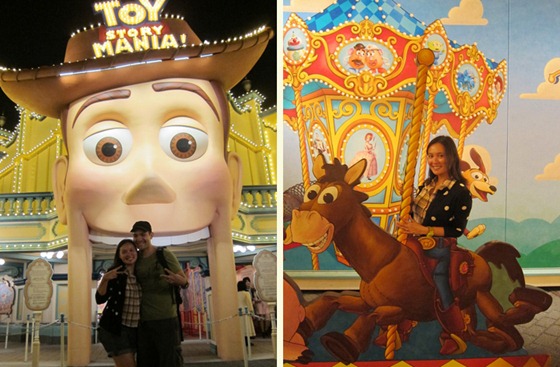 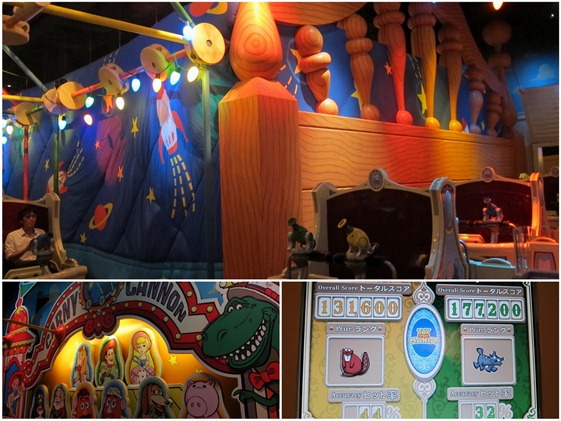 The only downside to Tokyo DisneySea is the transportation. I’m not even not referring to the multiple metro lines you have to take to get there. Rather, once you get to the park, you have to pay 250 yen to ride the monorail in one direction to DisneySea. That is an extra $5 USD for a round trip ticket. I don’t think that any other Disney park charges for riding the monorail. It wasn’t that much money but the admission ticket (10,700 yen for 2 days) itself already cost enough that the cost should be baked in.

In any case, Mr. Selfish and I loved Tokyo DisneySea. Of all the Disney parks we’ve visited thus far, this was definitely our favorite. The theming was on point. There is alcohol for sale. The rides were awesome. And, we loved how Japanese it all was.

8 thoughts on “Sailing the Seven Seas of Tokyo DisneySea”