With 43 days to allocate in Japan this time around, we decided to end the Japan portion of our trip with a two week stay in Tokyo. As one of the largest cities in the world, I figured the sites and food would be enough to keep us perpetually running from one side of the city to the other.

So it was very serendipitous that we happened to catch the tail end of May’s Sumo tournament at Ryoguko Kokugikan.

Japan has six two-week long sumo tournaments a year, which play out on the odd months and take place in Tokyo, Osaka, Fukuoka, and Achi depending on the month.  It used to be somewhat difficult for foreigners to purchase tickets, but it’s a pretty simple matter now.  Mrs. Selfish and I purchased our tickets a month in advance online.

Having enjoyed muay thai in Bangkok, and knowing very little about sumo, I was looking forward to the tournament.

Sumo is an all-day affair, starting around 8am and ending at 6pm.  The day is divided up by matches between wrestlers of different tiers starting in the morning, with the time in between filled with various traditional ceremonies. 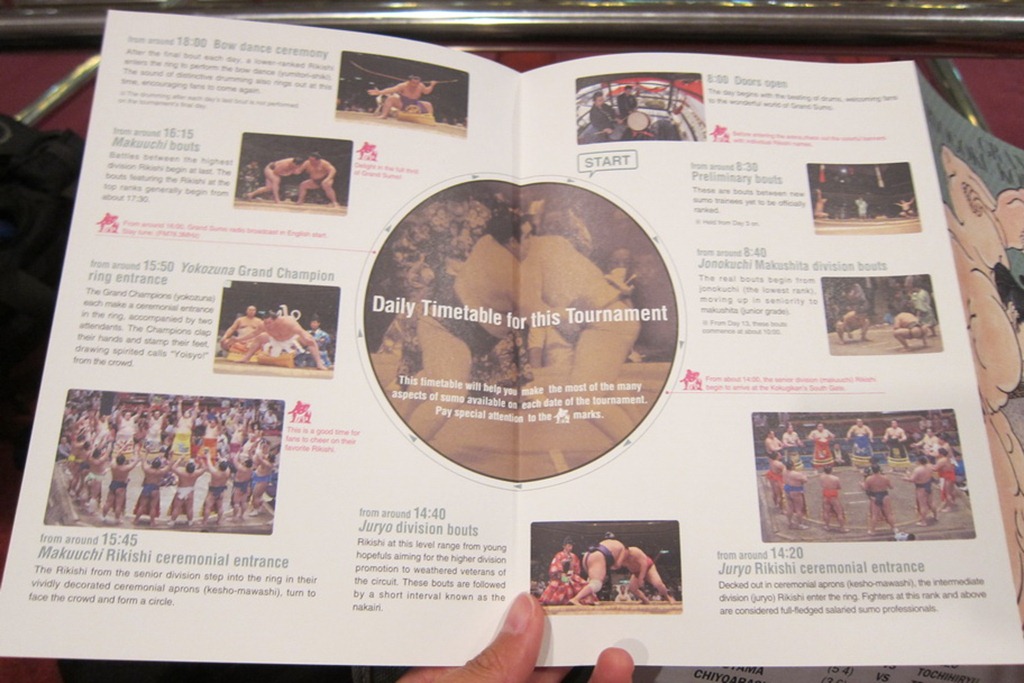 Mrs. Selfish and I showed up shortly after 2pm, when the mid-tier sumo matches started.

We purchased box seats ahead of time, which we noticed a lot of foreigners doing. The seats were pretty spacious, but did require you to sit cross-legged most of the time.

We noticed a lot of Japanese families camping out with food and beer. Since we were allowed to leave once, I was tempted to purchase beverages outside of the stadium, but the markups in Japan tend to be pretty small.

Finally, it was time for the wrestling to get under way – all in all we probably caught over 30 sumo matches in the 4 hours we were there.  Matches ranged from epic struggles… 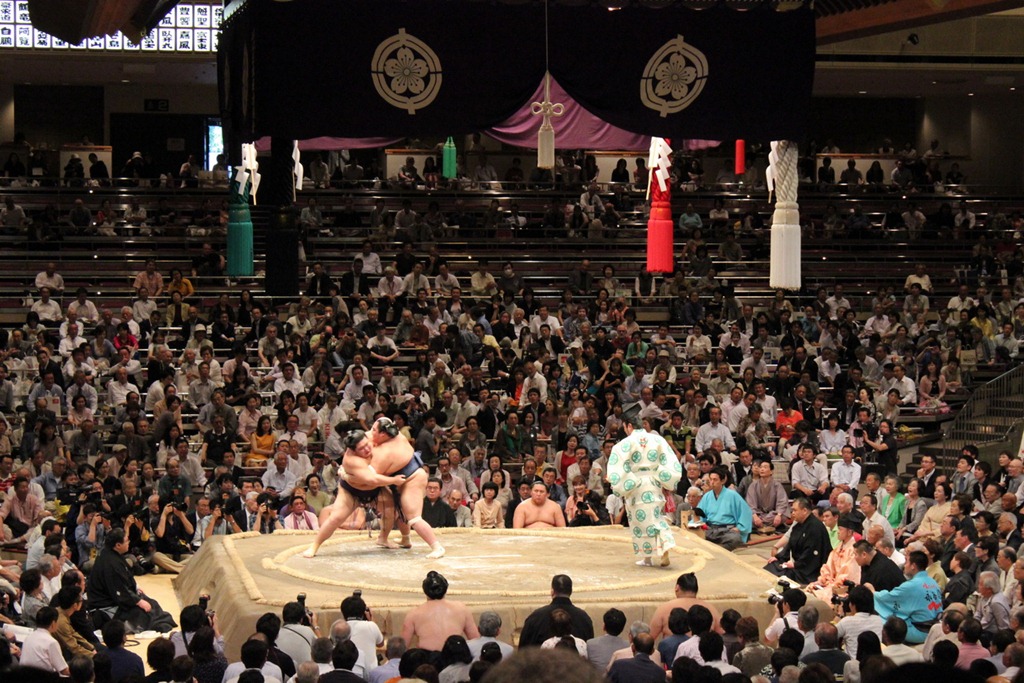 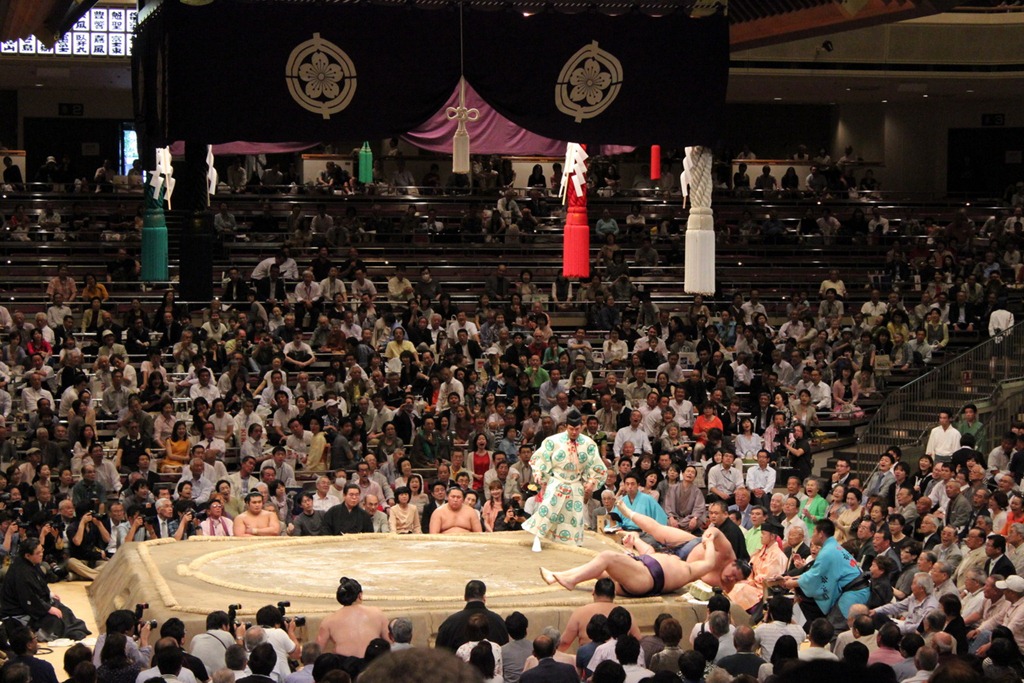 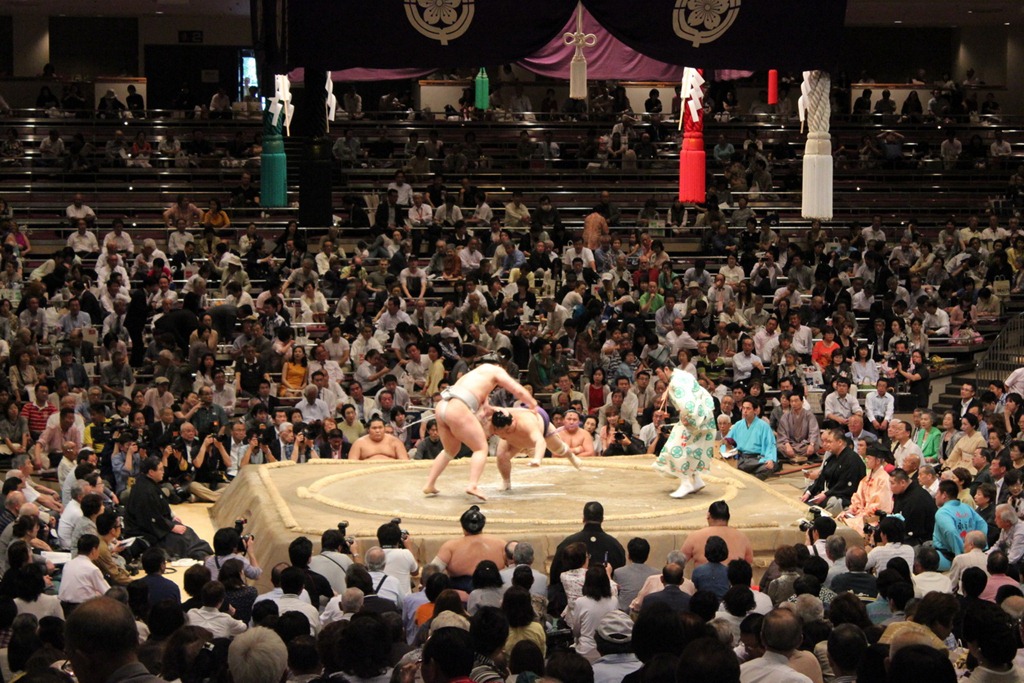 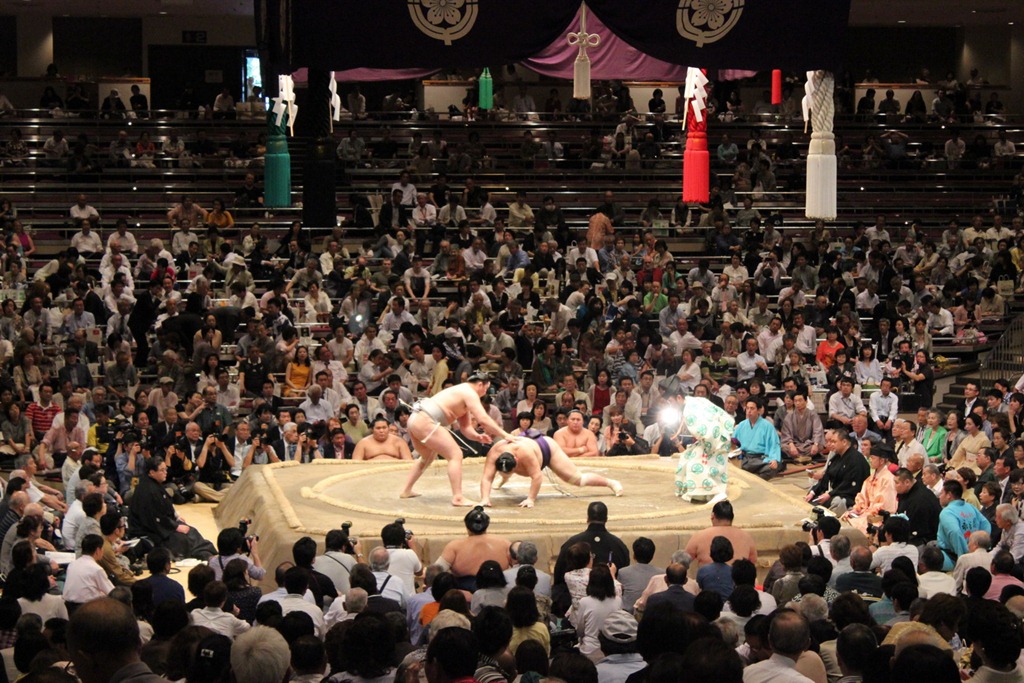 A surprising number of matches ended in a quick psyche-out!

What was most surprising, however, was the sheer amount of ceremony involved in the matches. Most of the actual wrestling time was 10 seconds to 2 minutes.  The majority of the time was taken up by ceremonies. 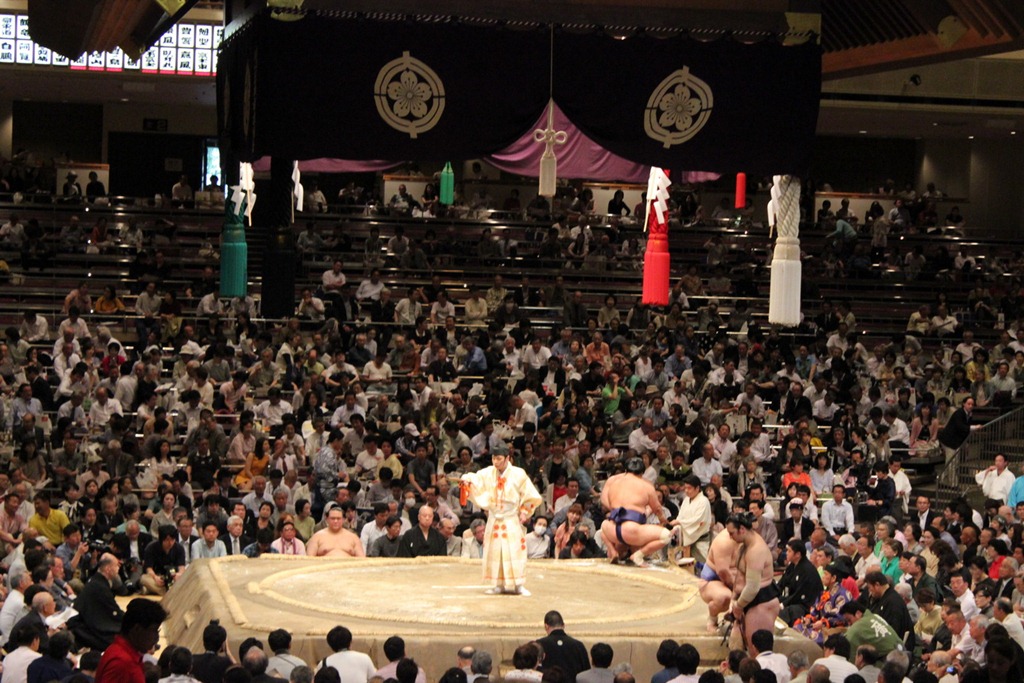 Before a match, the ref usually sang.

Sweeping of the ceremonial rice.

The sumos of an individual tier gathering before their matches.

And of course… advertising!

After the match, everyone cleared out pretty fast to great their favorite wrestlers.  Awesomely, they strolled out in their yukata gear.

All and all, it was a pretty awesome day of traditional Japanese culture. If you find yourself in Tokyo in January, May, or September you should definitely check out a sumo tournament – you won’t be disappointed.