Since Mrs. Selfish and I were visiting Tasmania during Australia’s Winter, we decided to hit Tasmania’s East Coast. Not only is the weather rather temperate for winter (we only experienced temperatures reaching the mid-40’s), but the coast is full of many naturally gorgeous sights. 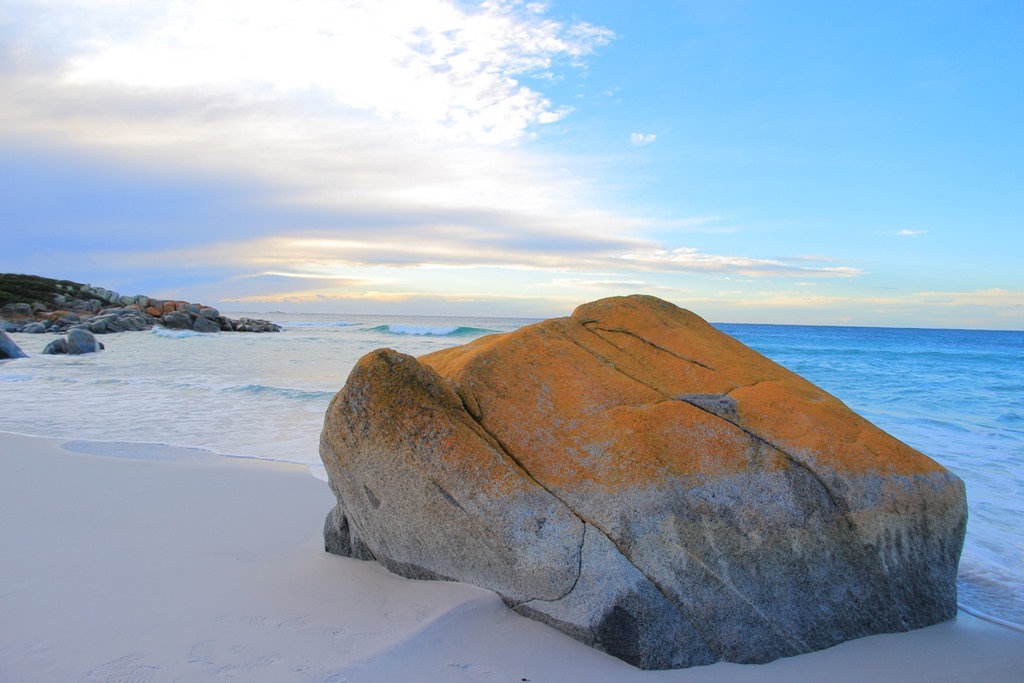 The Bay of Fires is located on the North Eastern coast of Tasmania. While you’d think the area was called that due to the redish-orange colors of the rocks, it’s actually called the “Bay of Fires” because the British captain who named it happened to see the fires of Aboriginal people on the beach. Go figure.

Regardless, the beach is breathtakingly beautiful. So beautiful that Mrs. Selfish and I actually woke up in time for Sunrise to catch it. 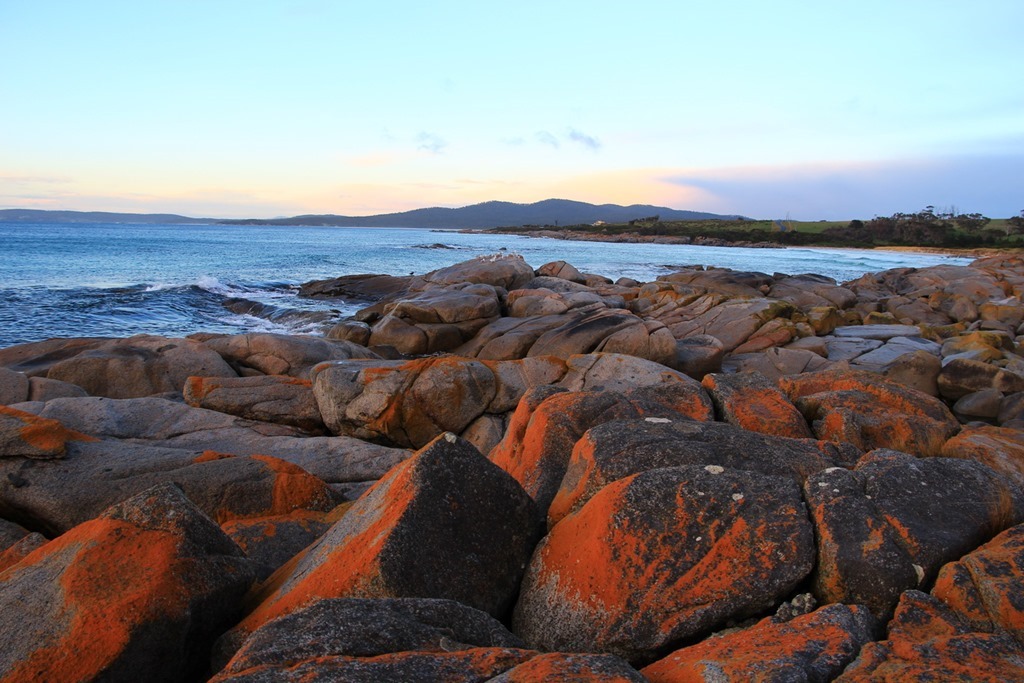 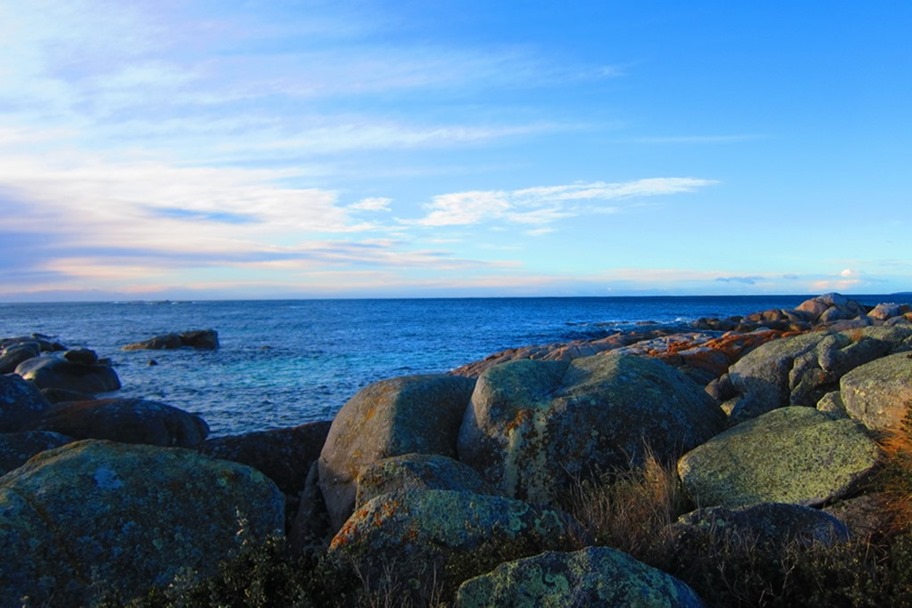 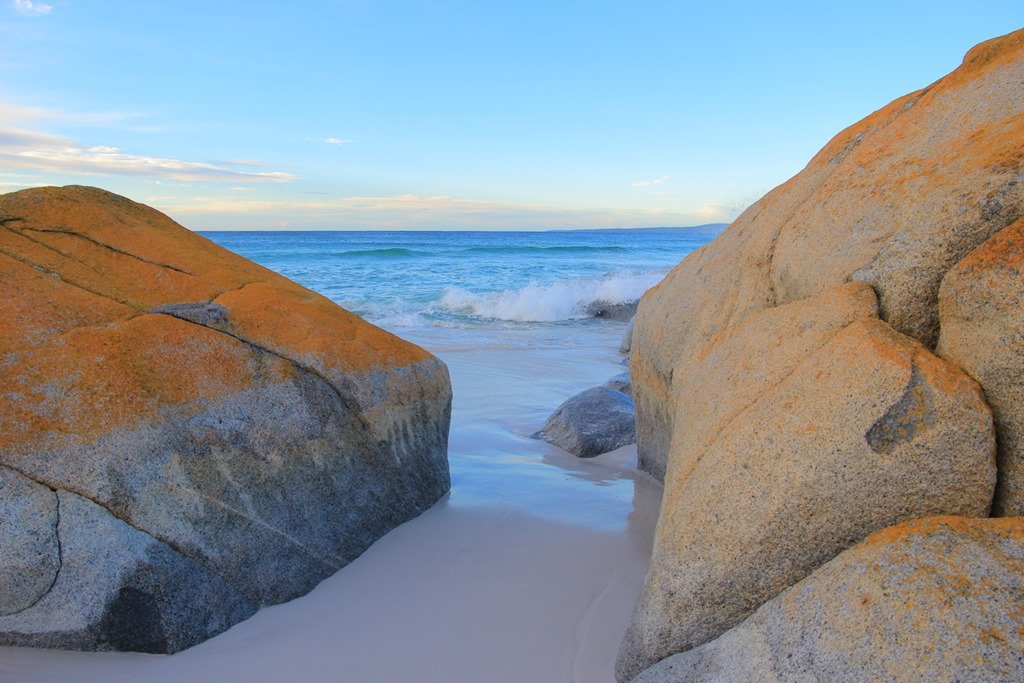 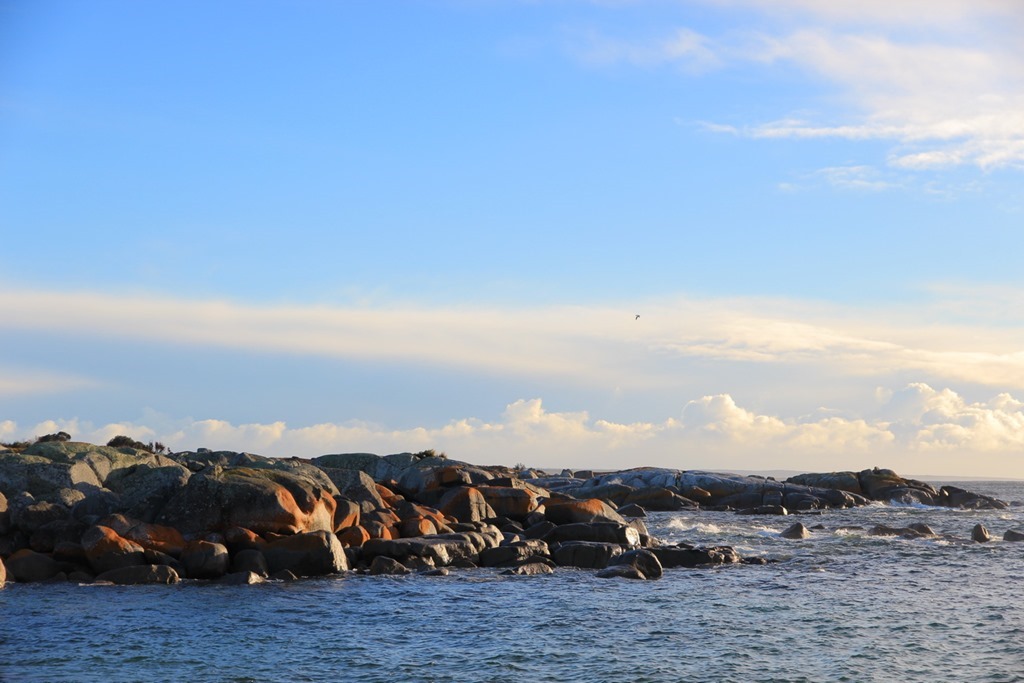 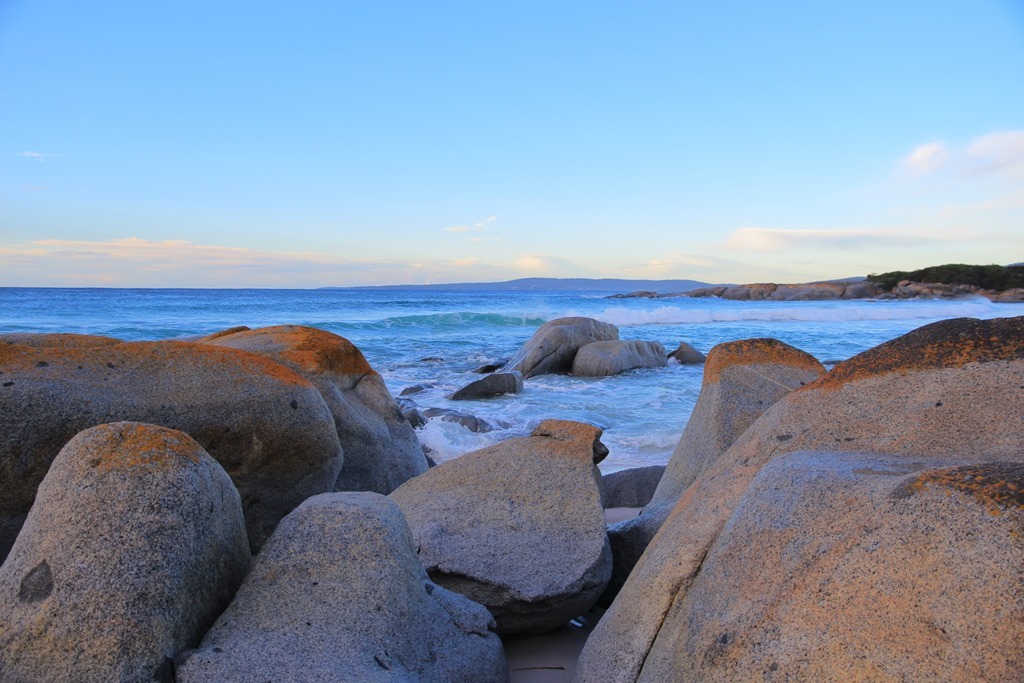 From there, we drove south toward Bicheno Bay. The town of Bicheno is also blessed with the same rock colorings, but seems to be less of a tourist destination, which is great in my book.

On the way we witnessed numerous herds of sheep by crystal blue waters. Just one of the many reasons why Tasmania is one of the most strikingly beautiful places I’ve ever been. 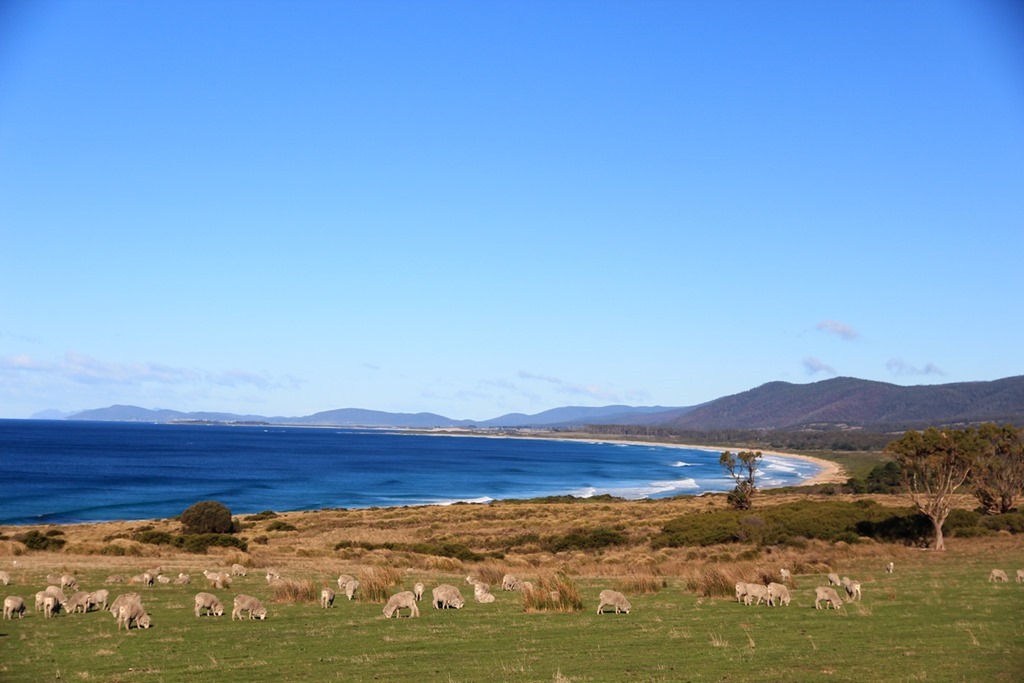 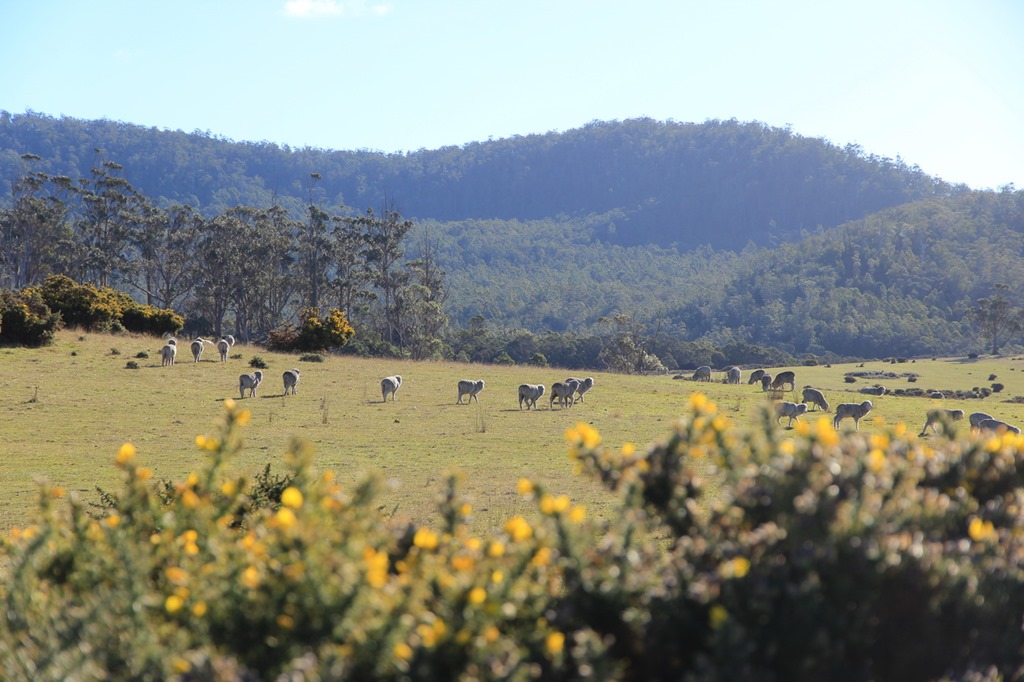 Bicheno Bay itself was quite amazing, commanding blue-green waters that reminded me of Tahiti, while rocking some huge waves. 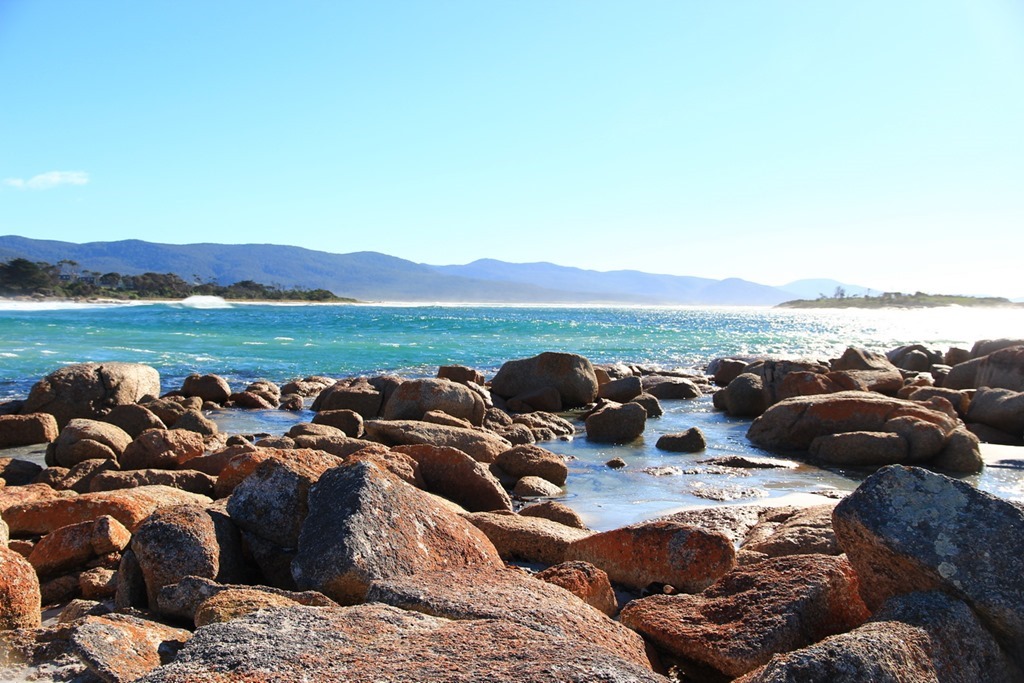 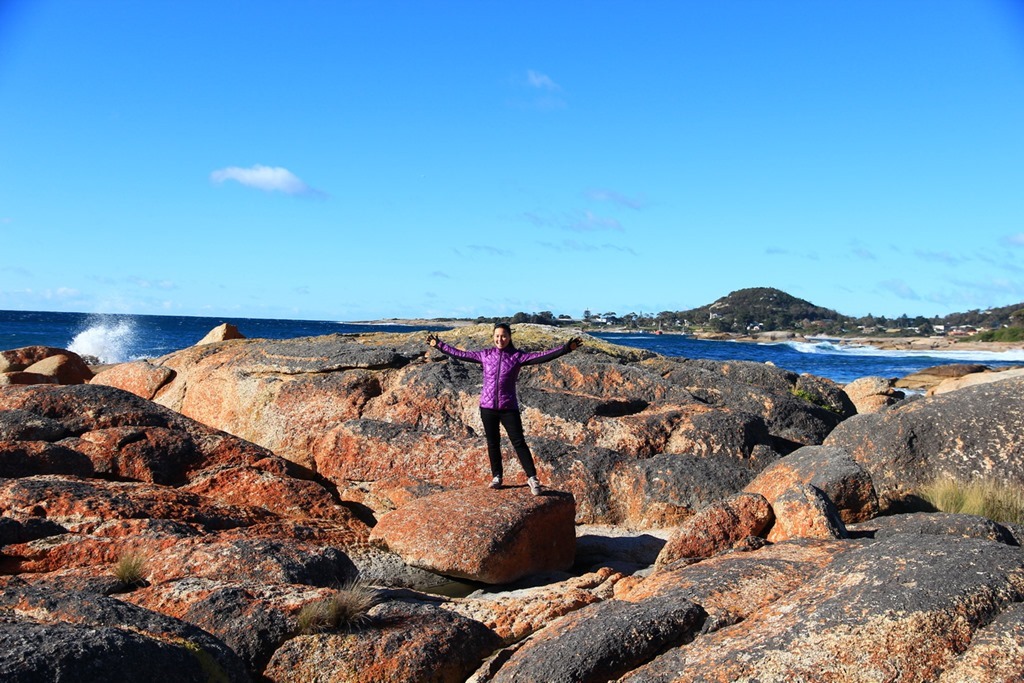 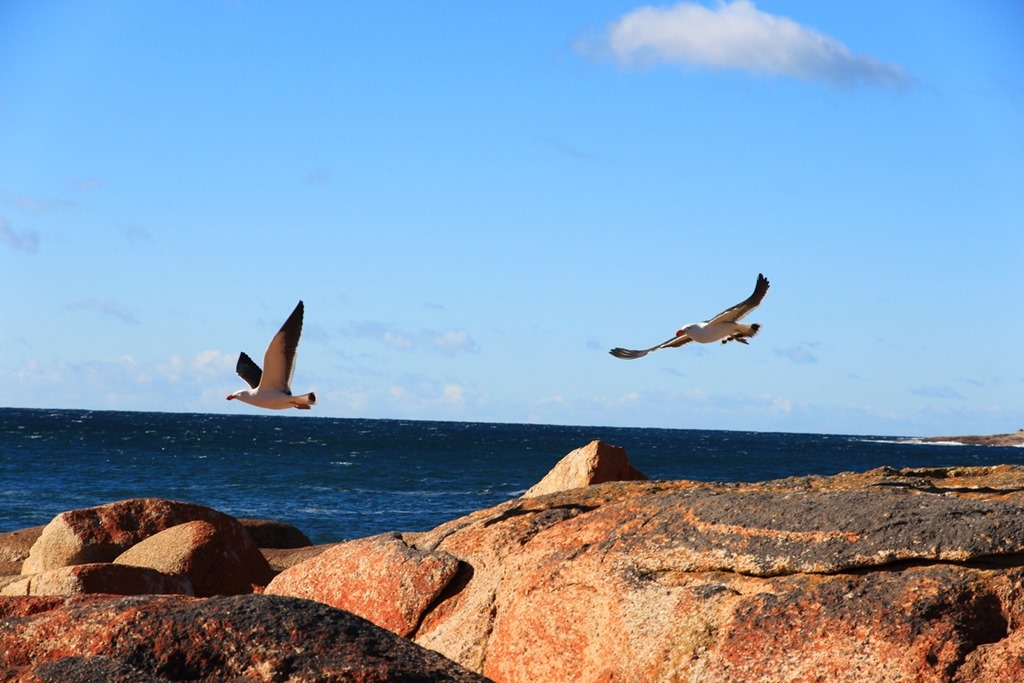 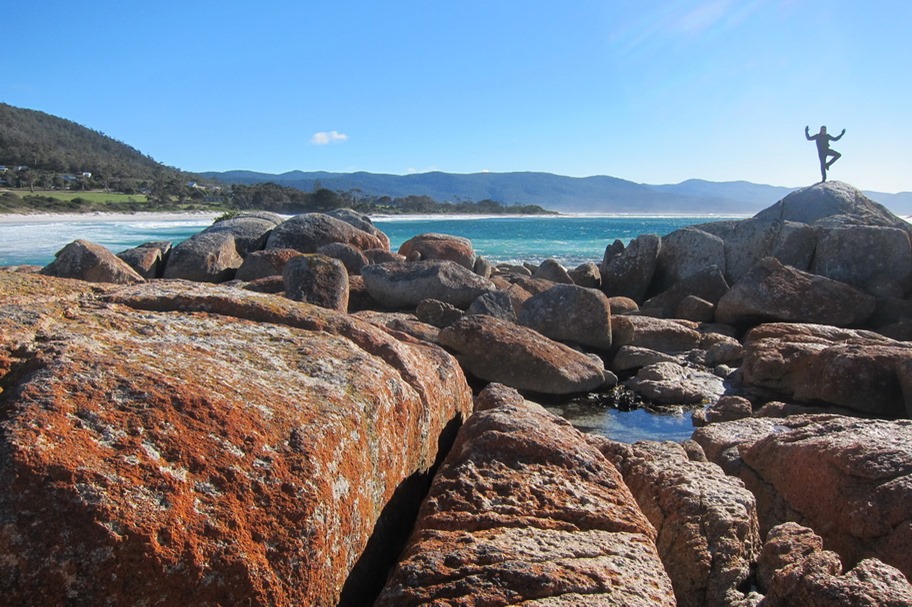 Lastly, we drove down to Freycinet National Park, home to Wineglass Bay. Fun Fact: Tasmania was discovered by two rival explorers – one English, and one French. Hence, all the French-named places in Tasmania.

The hike up to wine glass bay is quite short, taking about one hour round trip. 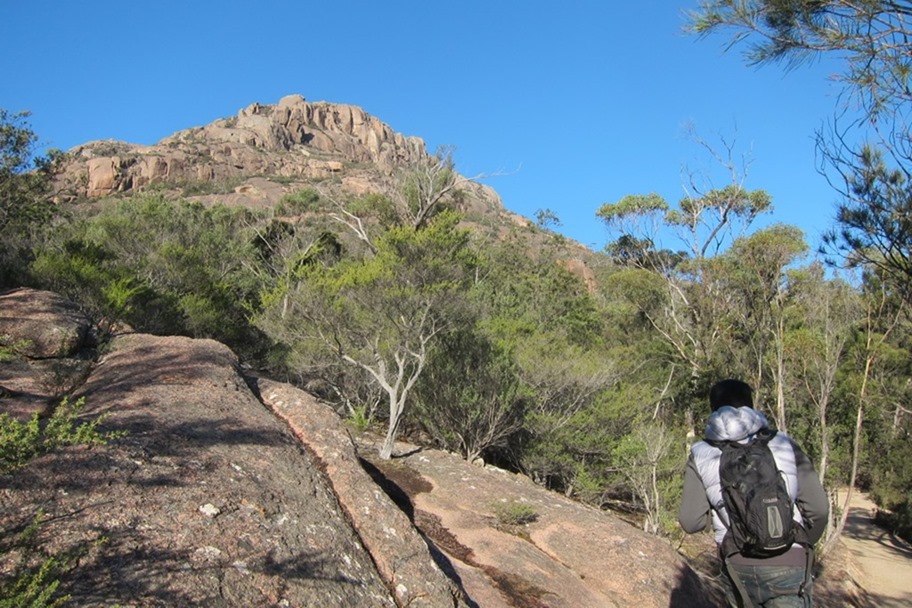 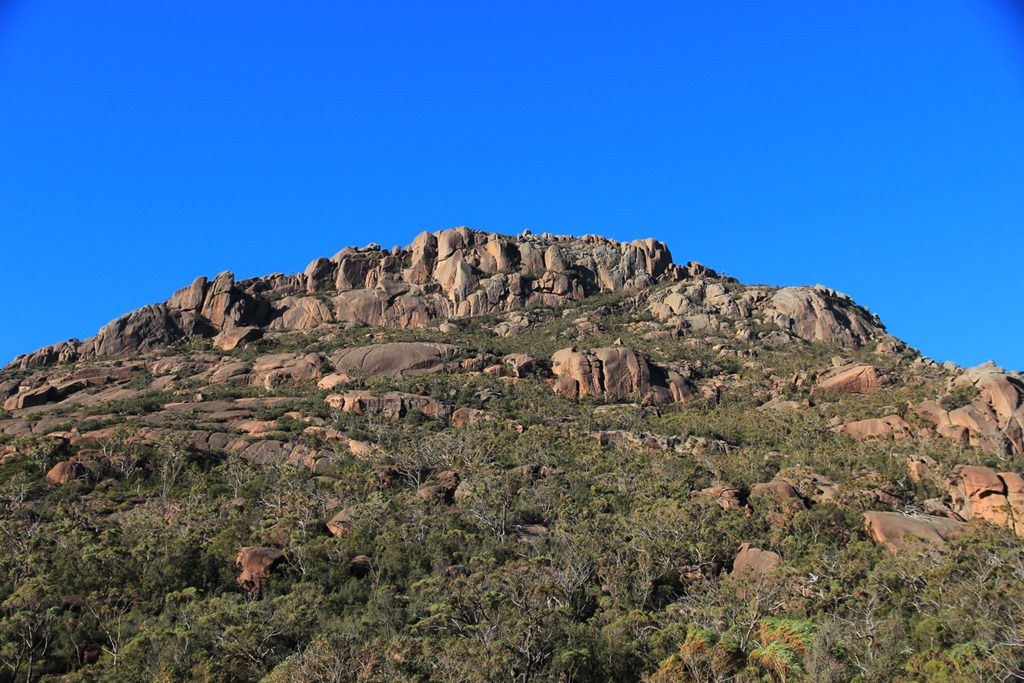 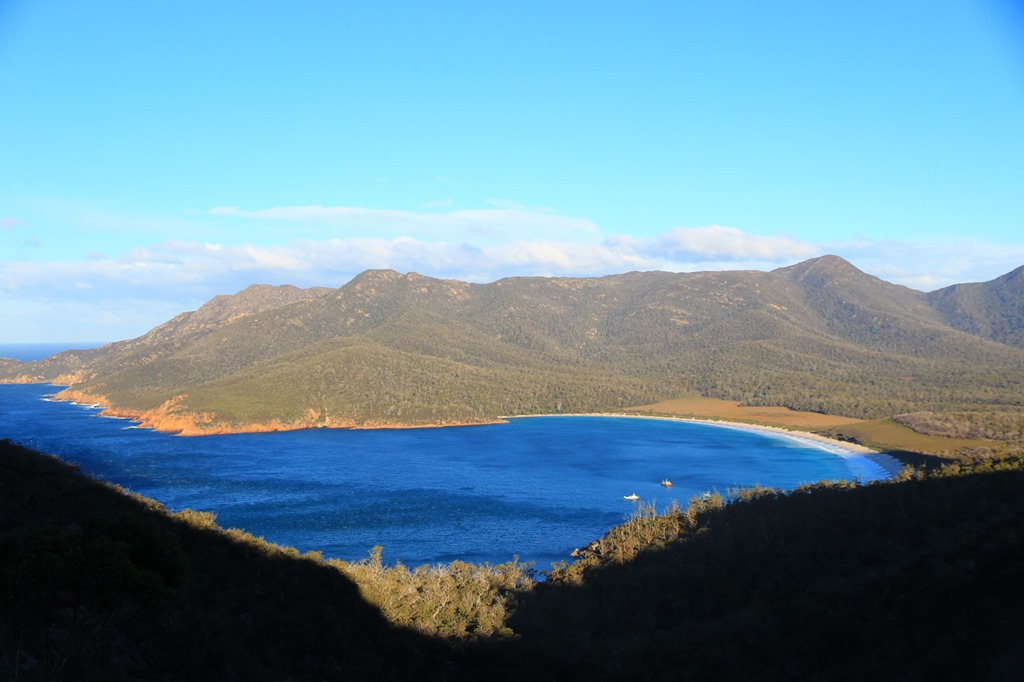 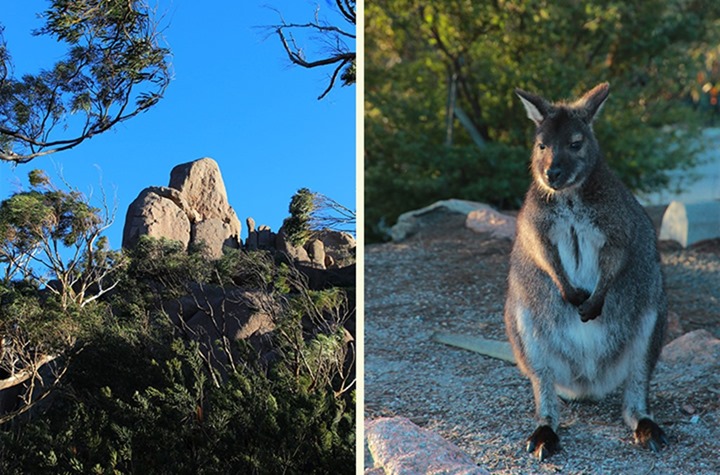 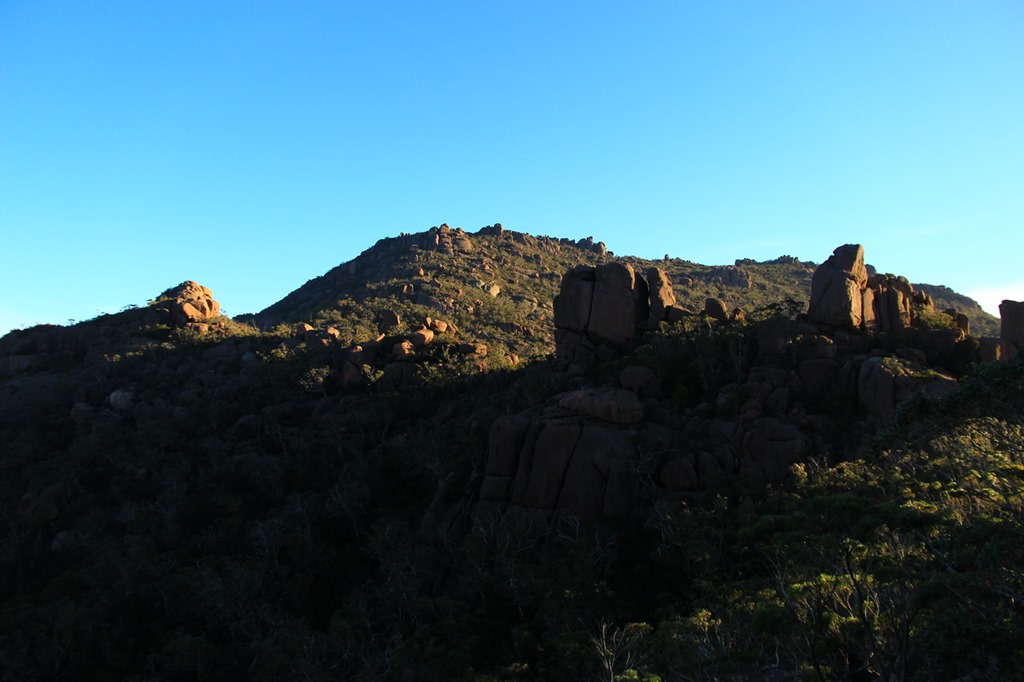 Wineglass Bay is a little more touristy than I would have liked, even in the winter. The parking lot was home to several well-fed wallabies, who seemed pretty accustomed to human visitors.

That being said, the rest of Freycinet National Park was relatively empty, and even more beautiful. 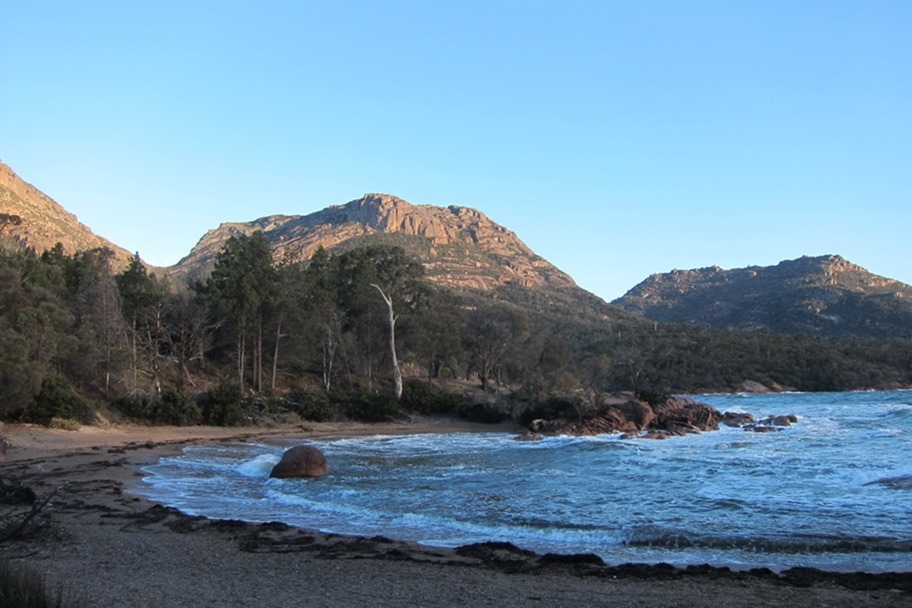 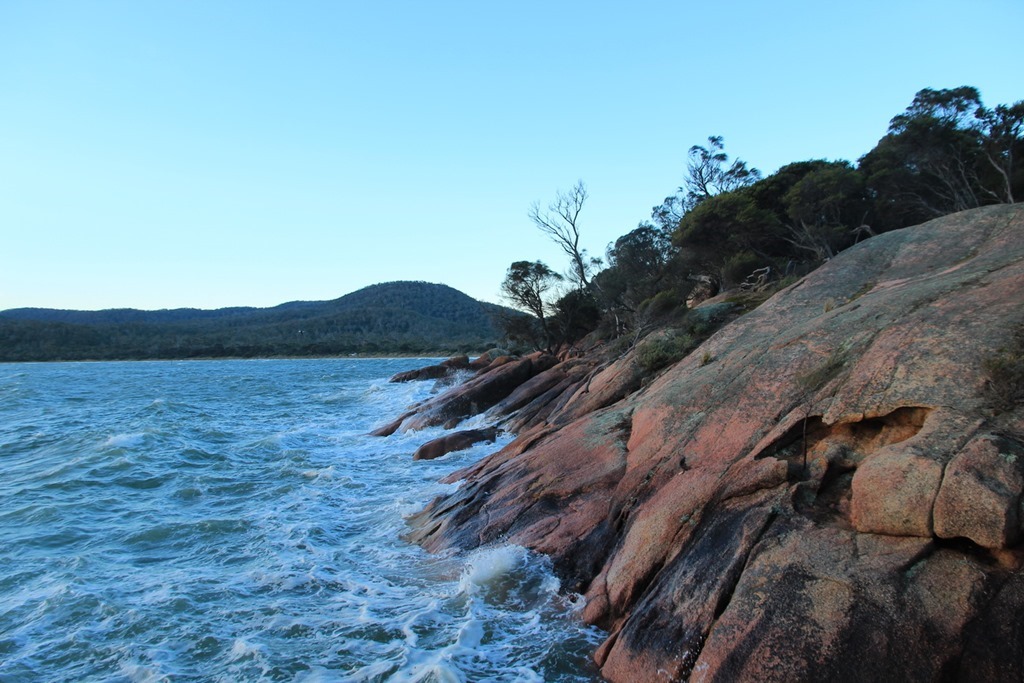 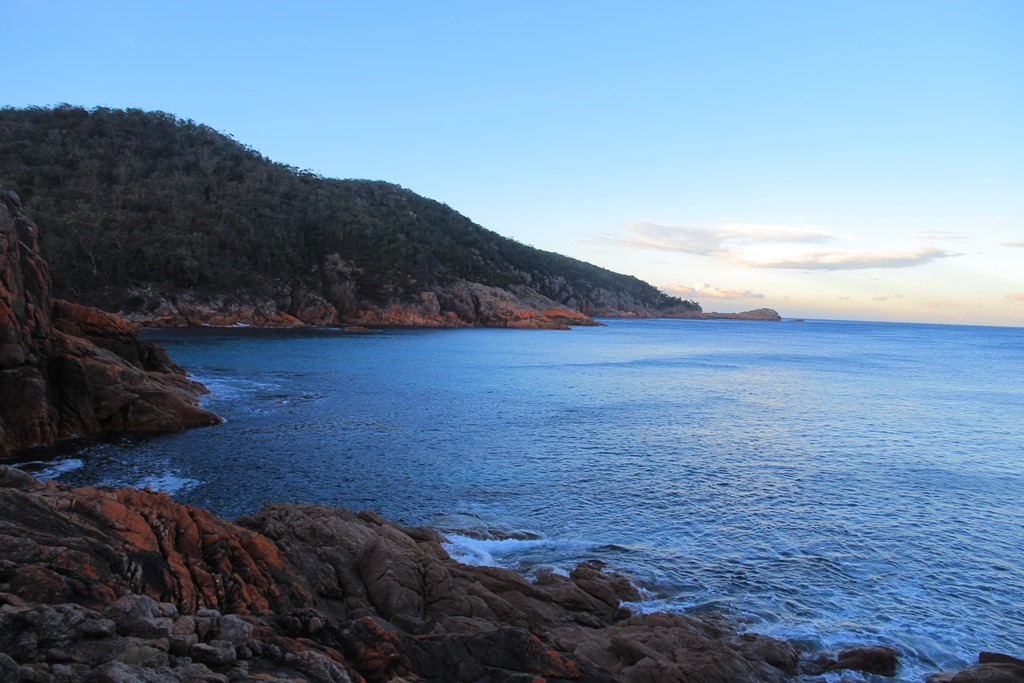 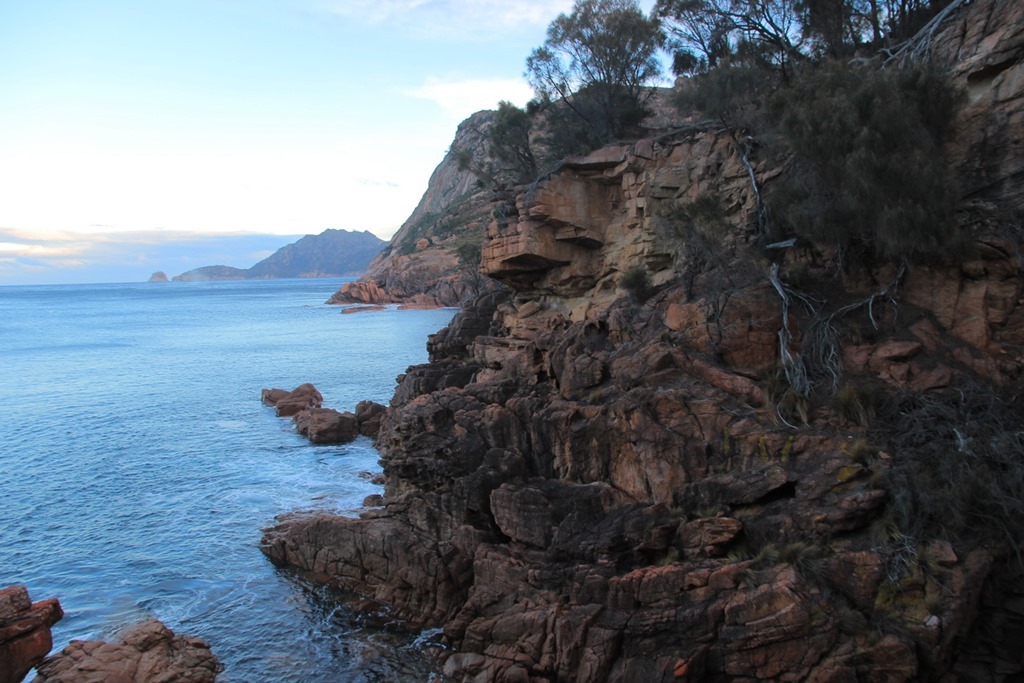 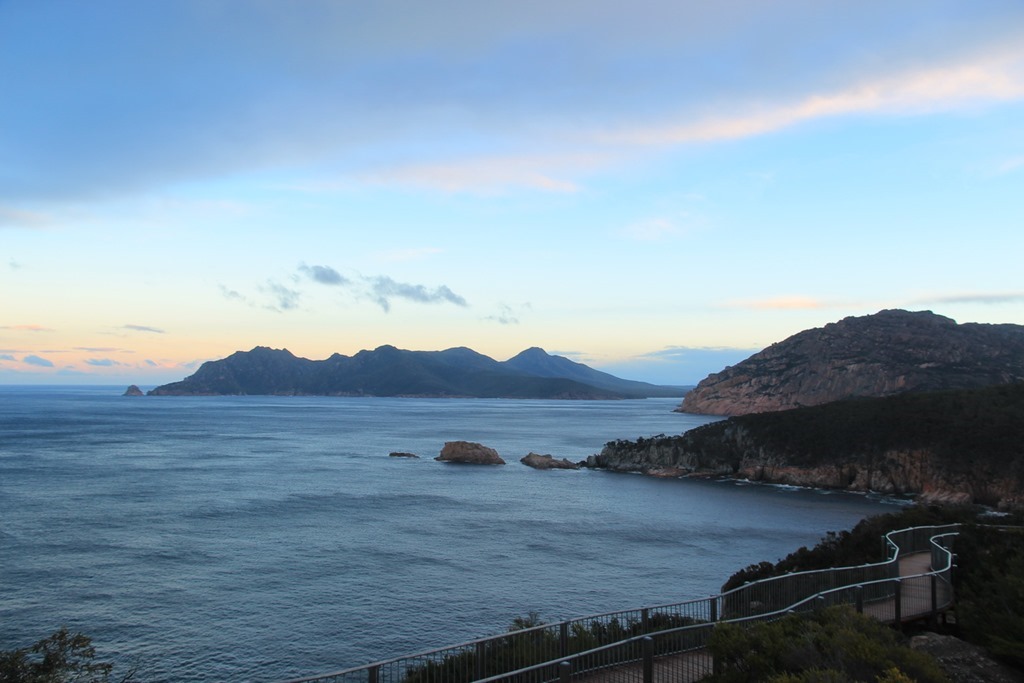 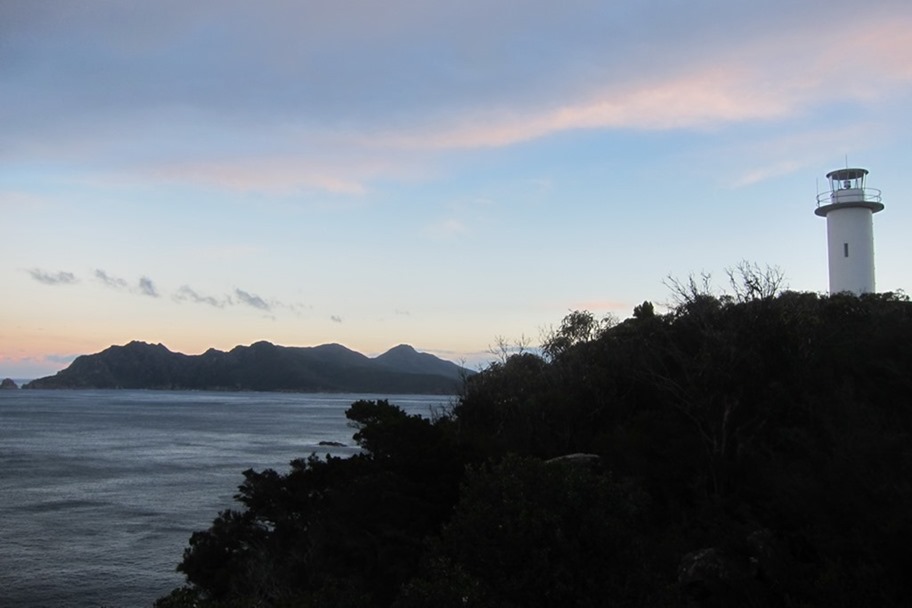 All and all an excellent drive! If you’re thinking of visiting Tasmania, make sure to put the East Coast on your must-see list – it’s definitely worth the 5 hours of driving from the Bay of Fires to Hobart.