Mrs. Selfish and I left Japan on a plane bound for Australia – the Land Down Under! For the next 35 days we visited the country’s east and south coasts, seeing Sydney, the Great Barrier Reef, Tasmania, Adelaide, Kangaroo Island, and Melbourne.

Outside of America, Australia is probably the most American country we’ve ever been to. Not only are a lot of the companies the same as at home (hello Blockbuster!), but many of the customs and culture are very similar. That being said, we spotted many differences in the good ol’ Land Down Under.

*Disclaimer * These observations are purely things I noticed after wandering Australia for 5 weeks and may not be entirely accurate. If you have any explanations or stories, please share away.

Also, to prove we’re not (too) biased I’ll be doing a list of US observations after our cross-country drive in September! 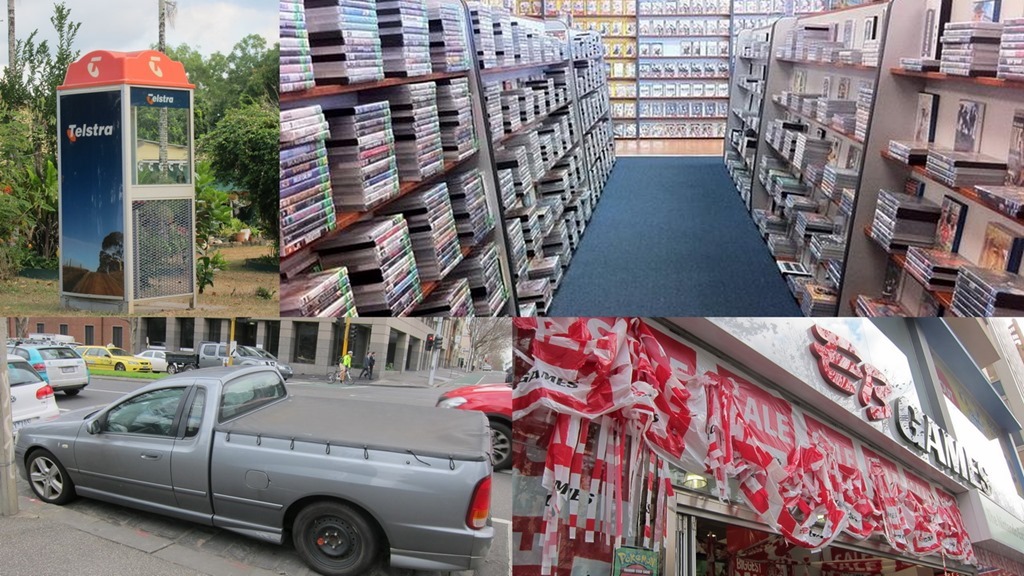 Visiting Australia is like taking a visit to pre-911 America. The average internet speed is ~50% that of the States, so Netflix hasn’t really taken off, so video rentals (or “hires”) are still popular. Phone booths dot the countryside. Amazon hasn’t destroyed retail businesses, since it doesn’t exist locally. Travel agents still have a job.

That being said, people do carry around iPhones and Androids, and credit cards are basically accepted everywhere, so it’s very much like the States in that respect. 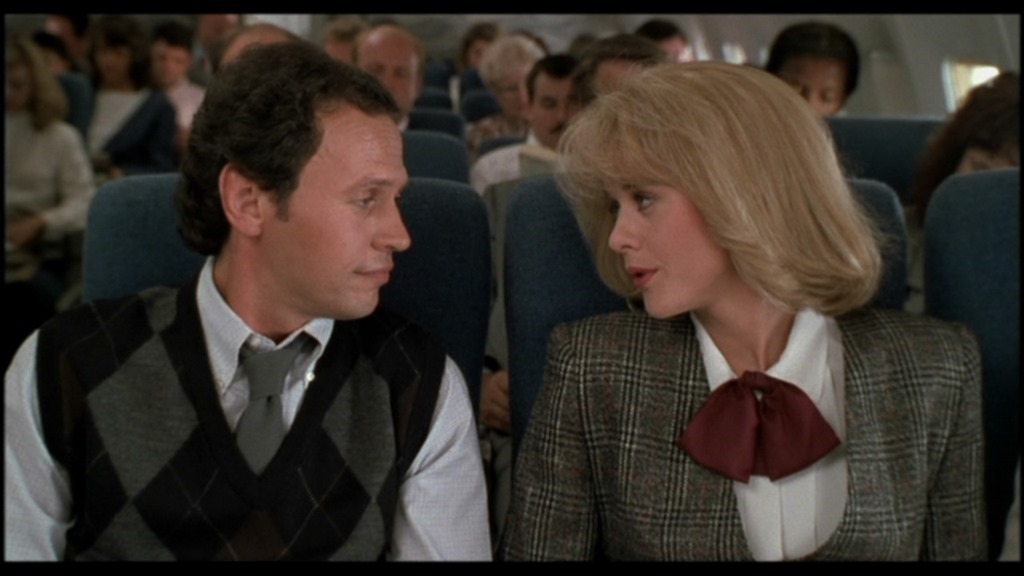 Not taking off your shoes is pretty standard anywhere outside of the States, so that wasn’t a big surprise. What WAS a surprise was the outstanding liquid laws – there are almost no limits on liquids! You can bring up to 6 bottles of wine on a domestic flight and no one bats an eye. And remember meeting people at the airport as they depart the plane? Yep, you can still do that in Australia.

3. EVERYTHING is more expensive in Australia. 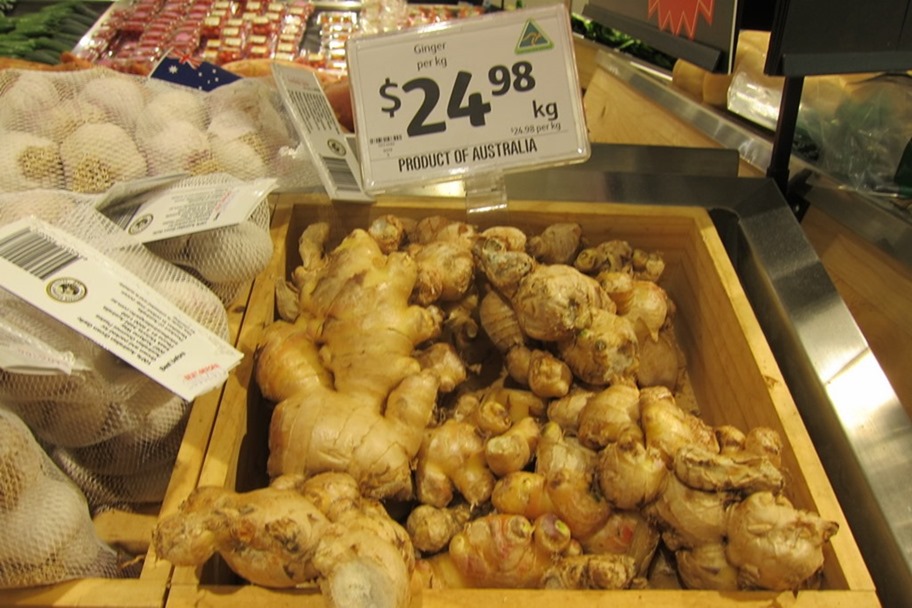 Everything. Especially in Sydney, where buying a cup of coffee is like a punch in the gut. Donut prices start at $3. Cabs count up by 5 cent increments immediately after you board them. A McDonald’s chicken sandwich costs $5. A movie ticket costs $21. Your average lunch? Closer to $15-$22.

I suspect the higher cost of things is due to the minimum wage, which is an amazing $18 an hour. Australian residents are largely unaffected, but as a tourist, Australia was easily the most expensive place we’ve ever visited – including England and Japan.

4. …But the Food is really, really good. 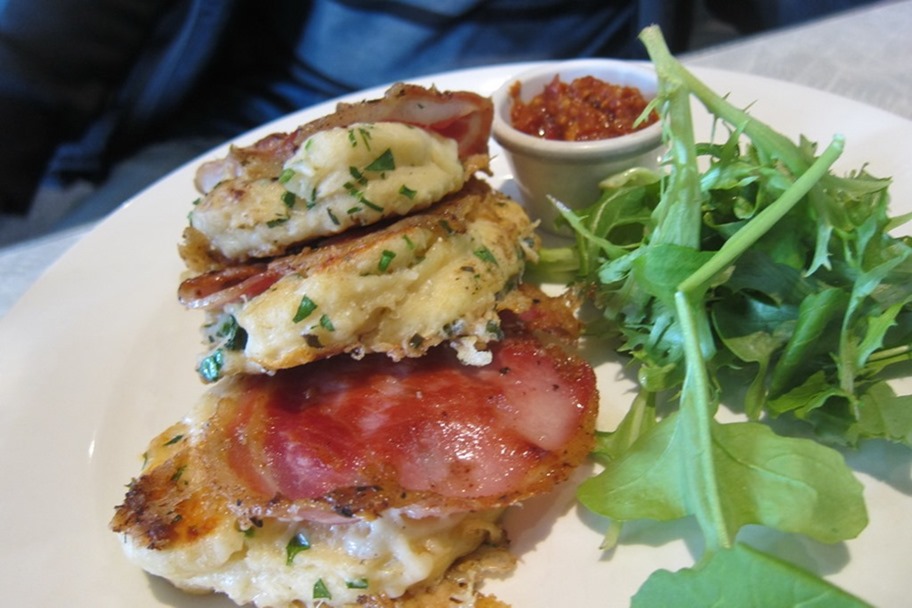 It’s almost impossible to eat a bad meal in Australia. Finding a great meal requires minimal research, while finding a good meal simply requires you to walk into the closest restaurant. Produce is fresh, meat is delicious, and baked goods are as good they are in Europe.

And while there aren’t many native Australian specialties (vegemite! anzac biscuits! kangaroo meat! Aussie pies!), the spin they put on standard fares like hamburgers and breakfast make me sad that I’m back in the States.

5. Australia is the Manliest Country in the World. 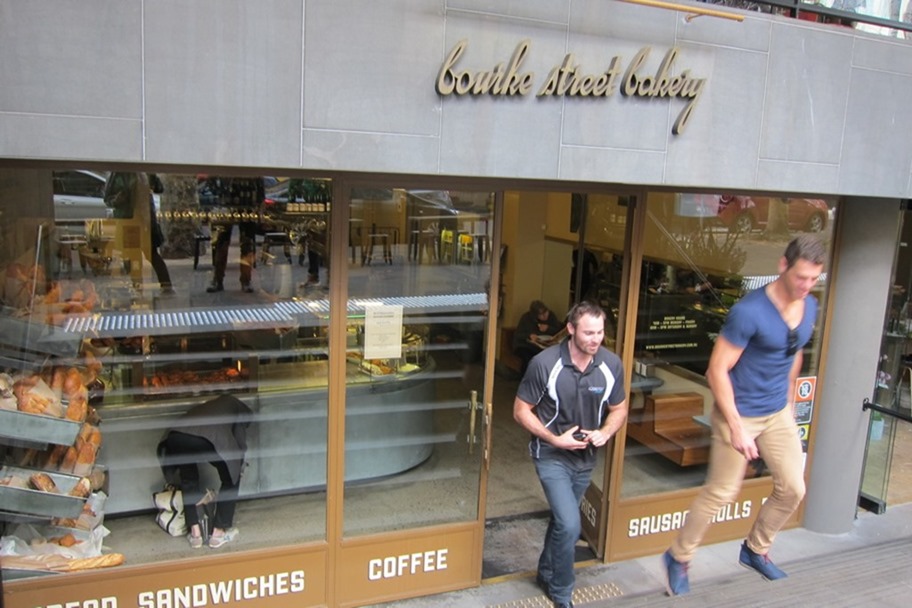 Men and women are on average 1 inch taller than in the US, and who knows how much beefier. Stumbling around Sydney, it felt like everyone was surfing, lifting, and jogging – all at once!

6. …which is perhaps why they have cute names for everything. 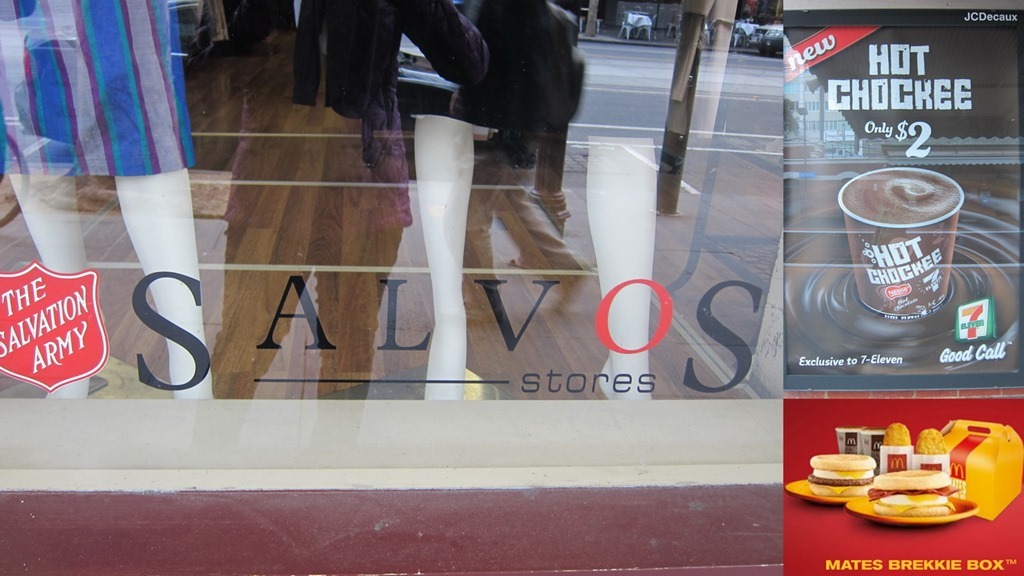 If there’s a way of abbreviating or nick-naming something Australia has done it. Australia? OZ. Tasmania? Tassie. Breakfast? Brekkie. Poker Machines? Pokies. Prostitutes? Prosies. Salvation Army? Salvos. They also appear to get rid of the letter “r” at every opportunity, so if you’re name is Darren or Sarah, you’re Dazza or Shazza.

So if you were to say, “Daren and I went prostitute spotting before breakfast when we were in Tasmania.” It would probably sound something like:

“Me mate Dazza and I went prosie spottin’ before brekkie when we was in Tassie.”

7. In Australia, there is no service. 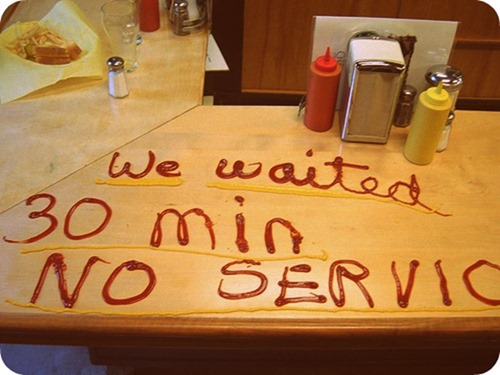 Except for maybe at classy establishments. Eating out is an exercise in patience, as you attempt to flag down a waiter. Oftentimes you’ll have to order at the counter at a sit-down establishment and grab your own cutlery. Even more baffling is most restaurants have a line for tips when you’re paying the bill (at the counter, of course).

8. Still part of the Commonwealth. 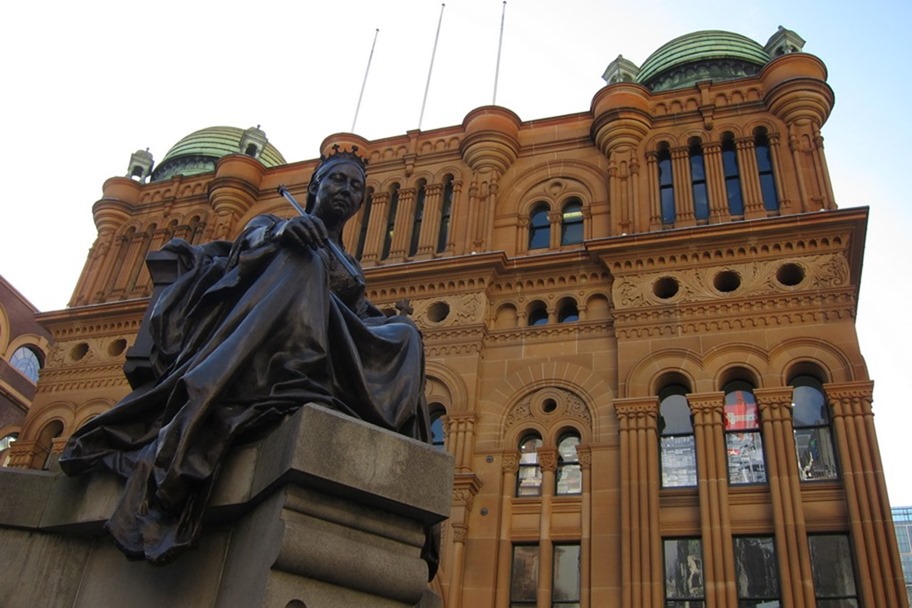 Australia is still very British, and even celebrates British holidays – like the Queen’s birthday. The upside is if you’re hurting for good fish & chips, Cornish pasties, or High Tea, they’re pretty easy to find. 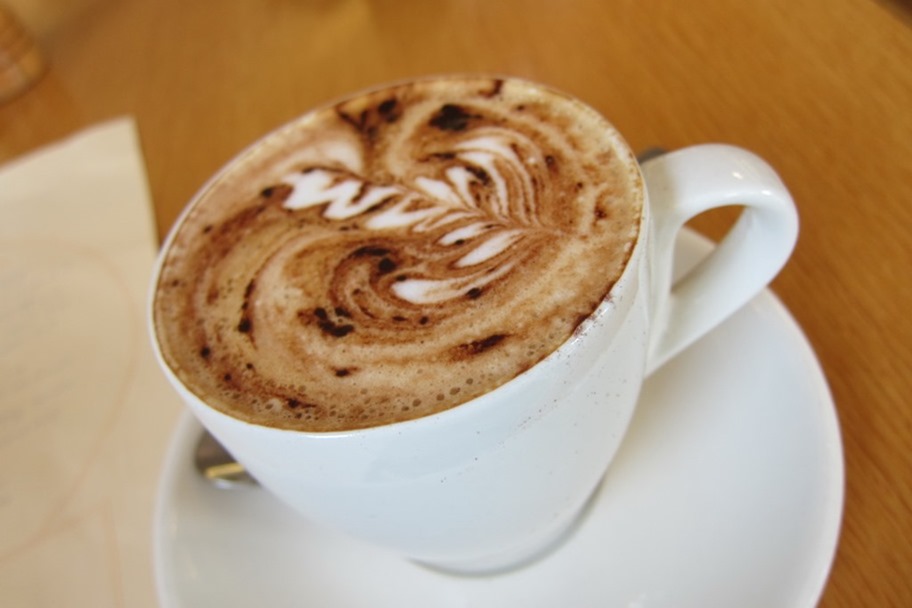 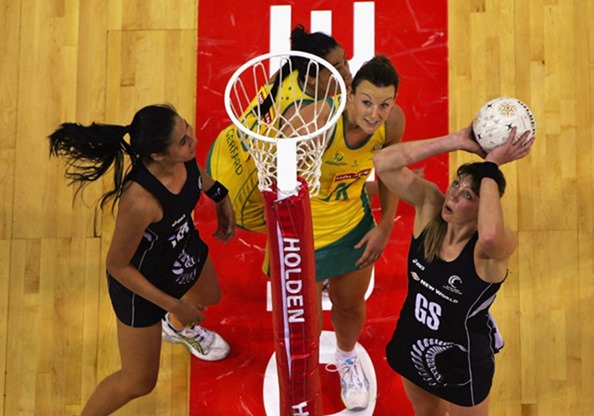 In addition to cricket and rugby, Australia has a few different versions of American sports. For instance, Netball – which is like basketball without dribbling or a backboard, played entirely by ladies. Or there’s footy, which is a combination of rugby and soccer.

11. Bird noises are stranger in Australia. 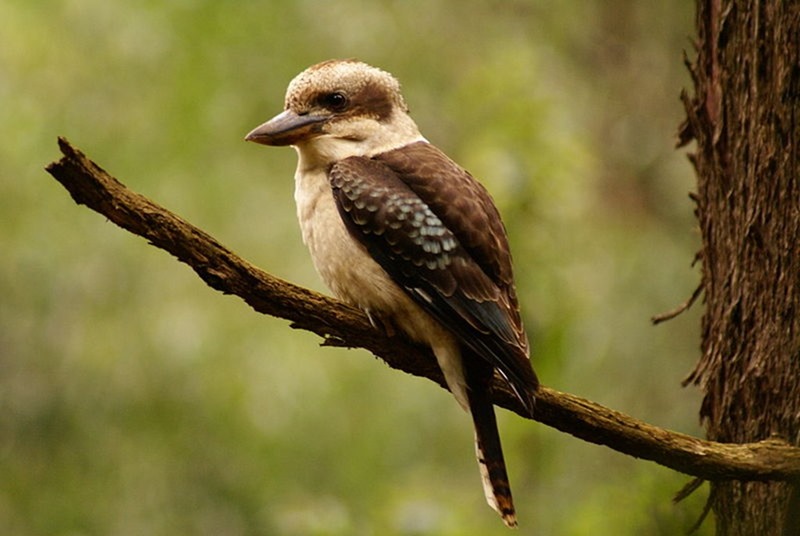 Australia has a number of awesomely weird birds. The most famous, is probably the kookaburra, which makes the noise that American children associate with monkeys in the deepest-darkest part of Africa. Perhaps even odder, however, is the Australian raven which sounds very much like a small, whiny child. 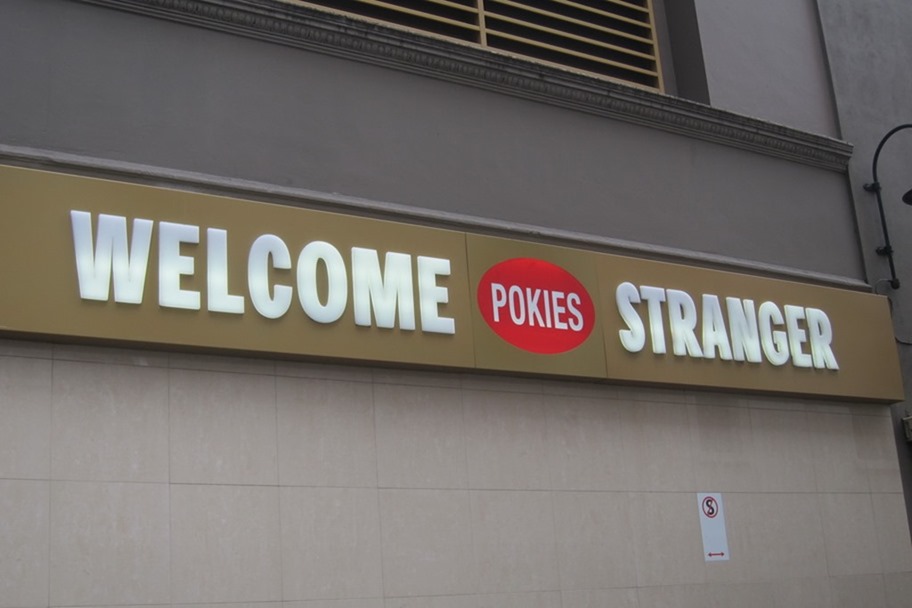 Australia is impressively progressive, legalizing both gambling in prostitution. Walk into almost any bar and you’ll see signs for “pokies,” or slot machines, along with signs that warn you against the dangers of gambling.

That’s it for part 1, more tomorrow!