Mrs. Selfish and I ended up flying into and out of Auckland’s international airport, which left us with a gastronomic dilemma: eat at the same (delicious) place twice, or try for a broader sampling of Auckland’s foodie delights?

While my policy has normally been to spend my last night in a city enjoying the greatest hits, Mrs. Selfish and I decided to vary things up with Auckland. First, we tried Food Alley, a collection of small Asian eateries. For our second and final meal, we ended up eating at something more upscale, the Orbit Restaurant in Auckland’s iconic Sky Tower.

The Bottom: Eating at Food Alley

Only a 10 minute walk away from the Hilton is the awesome Food Alley. A collection of 13 little Asian restaurants, Food Alley is a food court located at 9 Albert Street. The food there is ethic, cheap, and above all delicious. 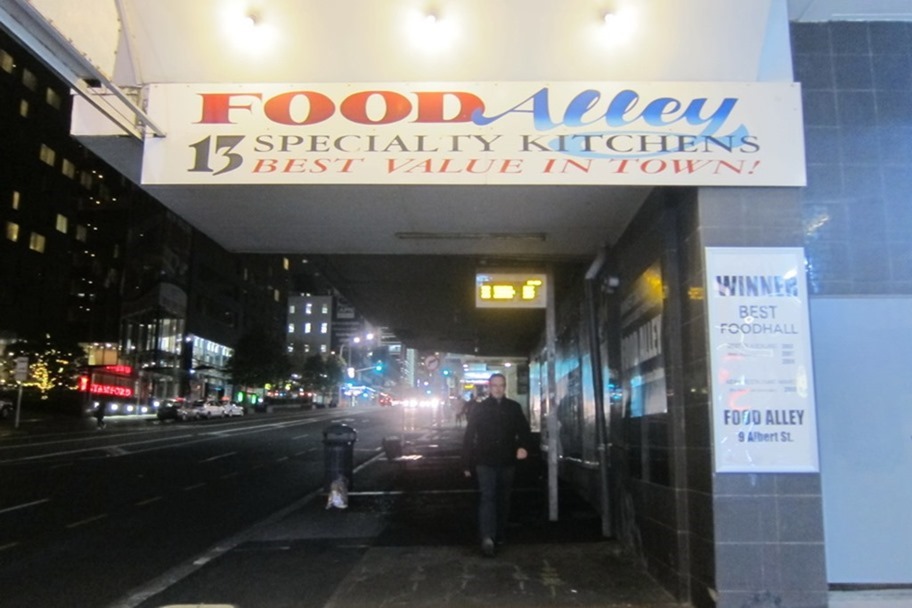 They have pretty much every Asian cuisine you could want: Thai, Vietnamese, Chinese, Korean, Japanese, Malaysian, Indonesian + a few more. Basically everywhere we ended up visiting on our trip, oddly enough. 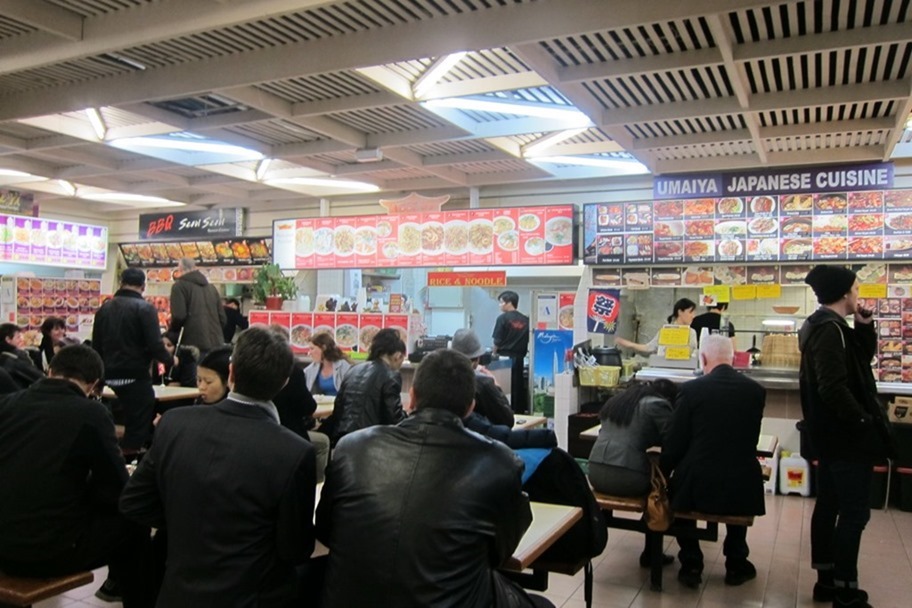 Food Alley has a slightly dodgy vibe, but is actually really clean. Alcohol is allowed on premises and can be purchased from the drinks vendor.

Mrs. Selfish and I decided to go with a Chinese sausage and chicken clay pot dish from Chinese Clay Pot Rose and seafood pad thai from Thai Noodles.

Having not had Chinese food since we left China, I was prepared to give it another shot. Unfortunately, while the clay pot looked good, I found it to be under seasoned and bland. If I had a chance to redo, I probably would have ordered the bibimbap from the Korean restaurant instead. 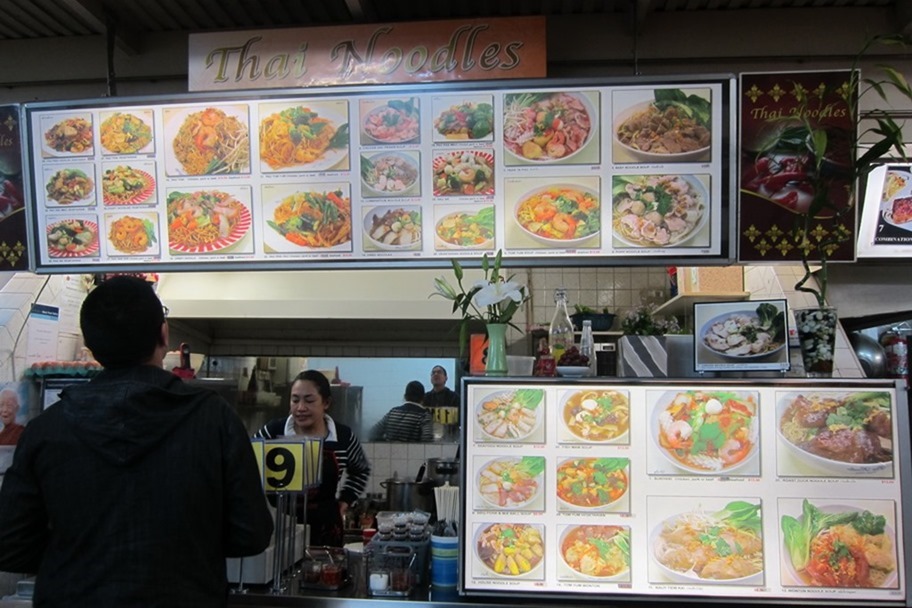 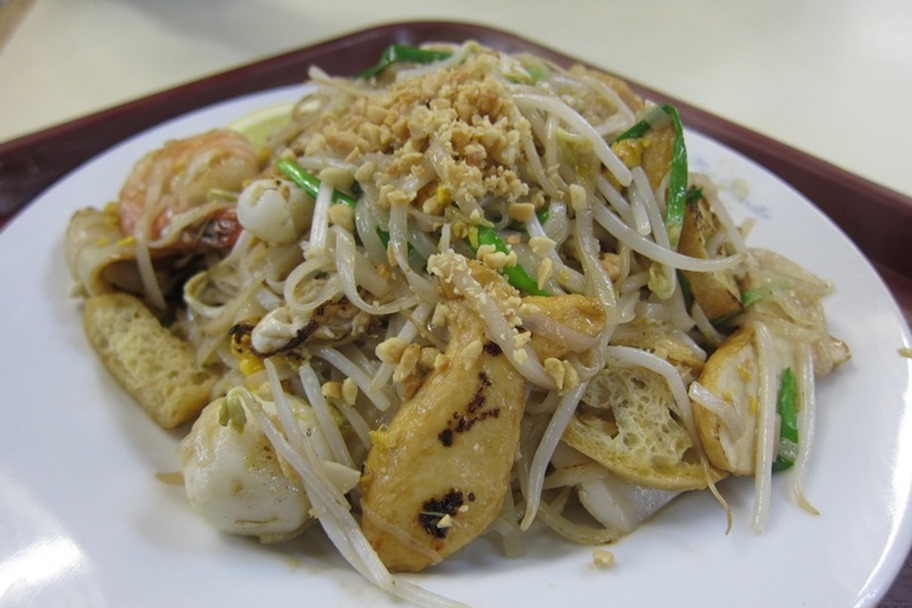 The seafood pad thai, on the other hand, was probably my second favorite pad thai ever (#1 being a food stand in Bangkok). Sweet, slightly sour, and full of fish cakes (shaped like fish), and shrimp – really, really good stuff!

Eating at the Top of the World: The Orbit Restaurant

For our final Auckland dinner we visited the Sky Tower’s Orbit Revolving Restaurant. The Tower is one of those 60 story needle type structures, where one can get a good view of the city, or perhaps bungee jump (this being New Zealand and all). 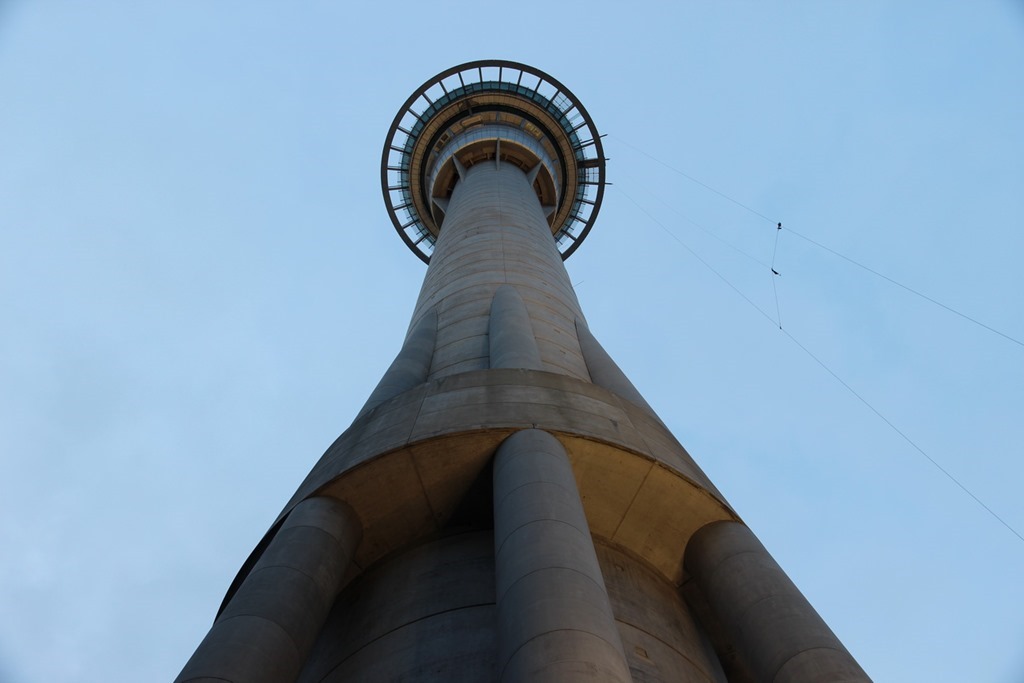 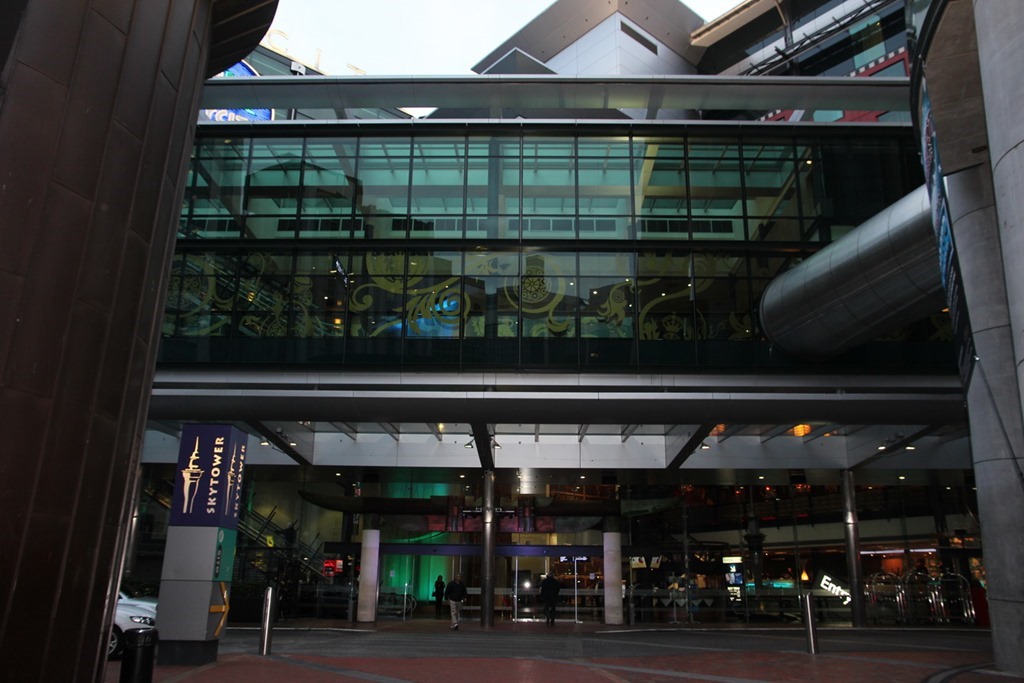 The Orbit Revolving Restaurant is located on the 52nd floor. To get there you take an escalator down to the basement and ride a special elevator to the top.

Since it normally costs $28 NZD to ride the elevator to the Sky Deck for a view of the city, you’re probably better off making a reservation at Orbit and at least get a meal out of it.

Having never eaten at a revolving restaurant before, it was actually pretty cool, with some nice views. 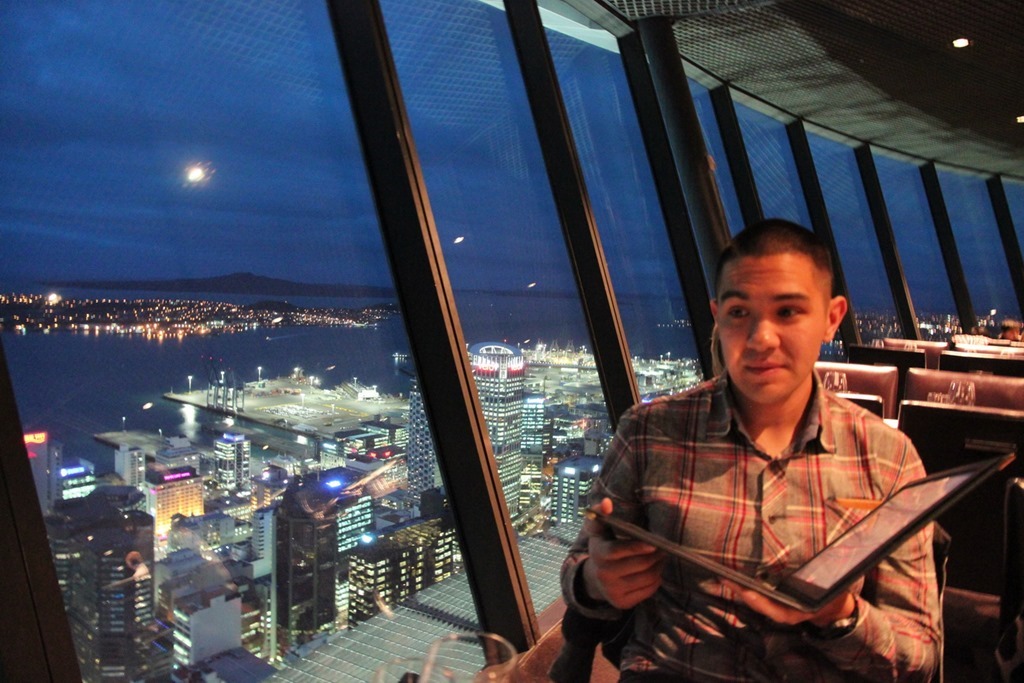 Main courses run anywhere from $25 NZD – $42 NZD, which is about what I’d expect from a revolving restaurant. The menu is French fusion, and is surprisingly good!

The Akorea Harbour salmon came with prawns, crushed potatoes and lemon, hazelnut butter, and baby bok choy. It was fantastic.

Akorea Harbour salmon is a special varietal of salmon, native to New Zealand and has a completely different flavor from the salmon I’ve had in other parts of the world. The bok choy was tender, and the crushed potatoes and lemon were a nice sour compliment to the flavor of the salmon.

The lamb was outstanding, and came with a small lamb neck New Zealand pie, topped with mashed potatoes. It was also accompanied by diced pieces of roasted pumpkins, broccollini, and garlic confit. So good.

My only gripe was that portions were a little on the small side, but it gave us room for dessert, so we ordered the Valrhona Jivara chocolate delight.

VERDICT: An excellent meal with a nice view, but definitely one of Auckland’s more expensive options. If you’re thinking of catching the view at the Sky Tower anyway, do yourself a favor and make a reservation for the Orbit Revolving Restaurant instead.

3 thoughts on “The Top and Bottom of Food in Auckland”