So I was completely taken by surprise when she told me she wanted to take a tour of Hobbiton! 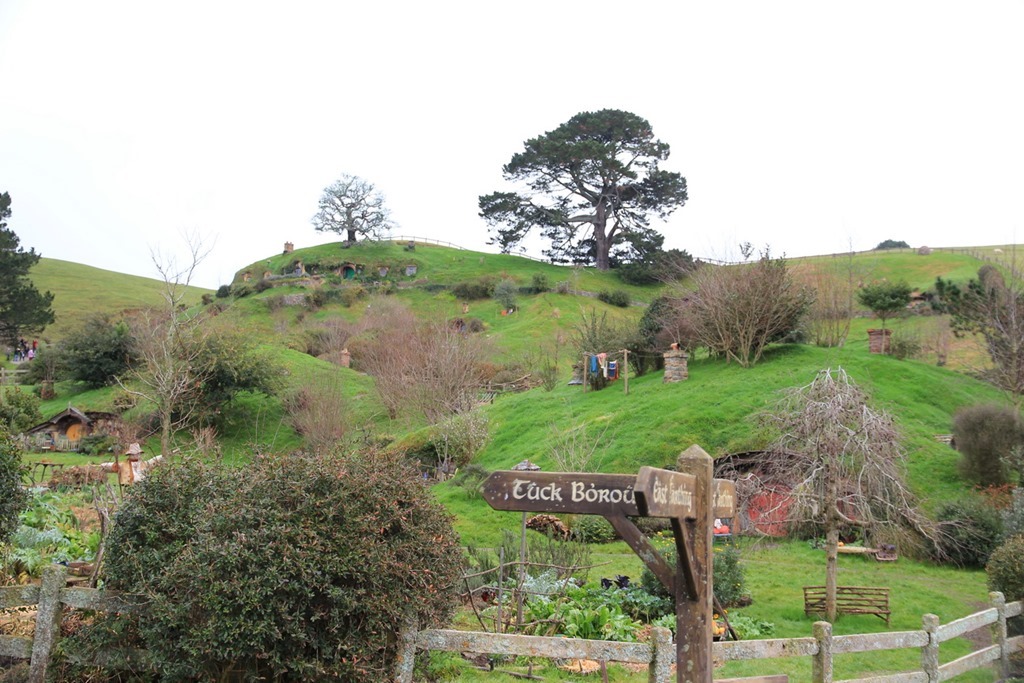 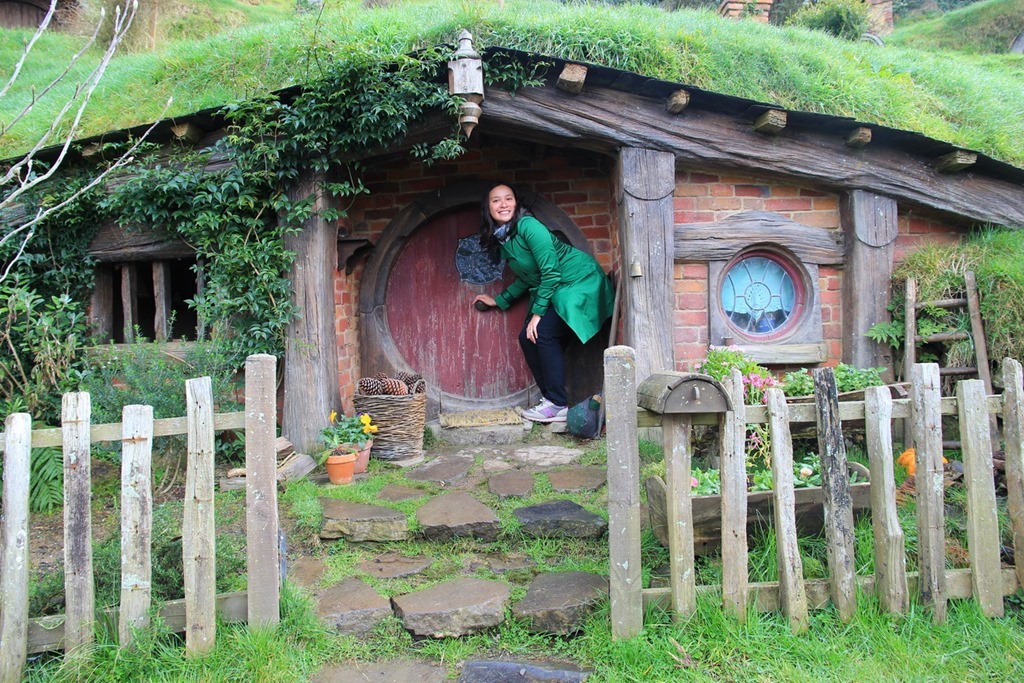 Actually, I think Mrs. Selfish was mostly interested in the photo-ops.

Getting to Hobbiton and the Tour

Apparently, Peter Jackson had picked out as many as 7 locations to shoot Hobbiton when he spotted the Alexander’s lands from his private plane during a location scouting flight. 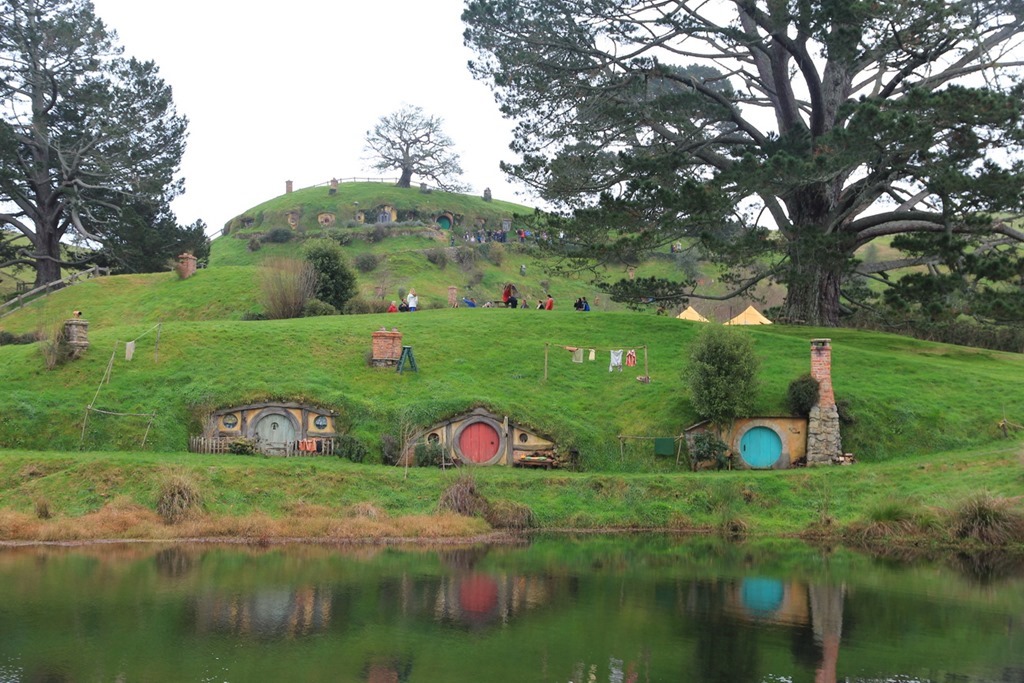 With the help of the New Zealand government, and the permission of the Alexander family, he started construction on the Hobbiton Movie Set. The set was only constructed for the Lord of the Rings movies, but people started coming around and asking to see the Hobbiton set.

So when filming of the Hobbit started, the Alexander family and Peter Jackson decided to make the set permanent to take advantage of peoples’ natural interests.

The movie tour costs $75 NZD ($60 USD) per adult and lasts roughly 2 hours. Mrs. Selfish and I took the 10am tour, which departed from the café. From there we grabbed a map and boarded the bus for Hobbiton, which was only a short 5-minute drive away. 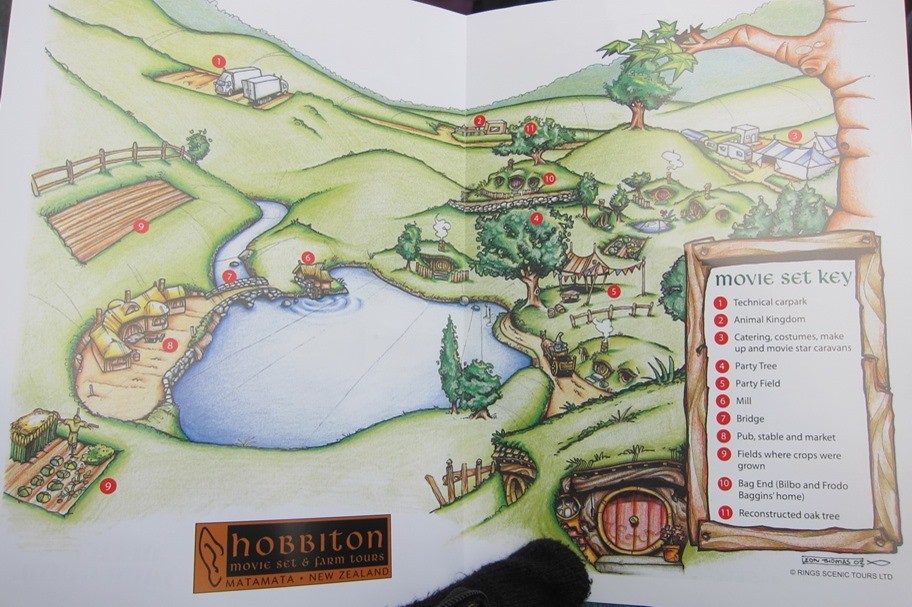 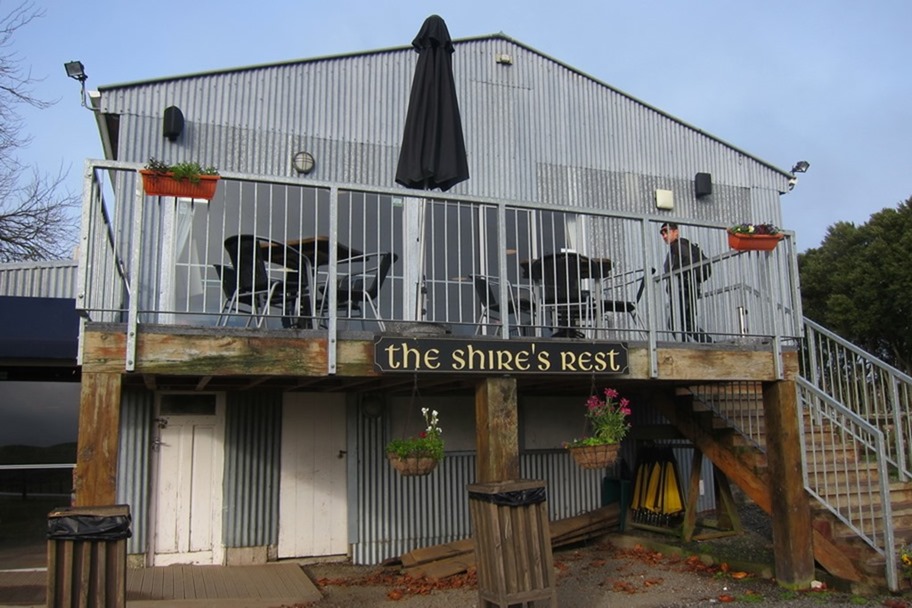 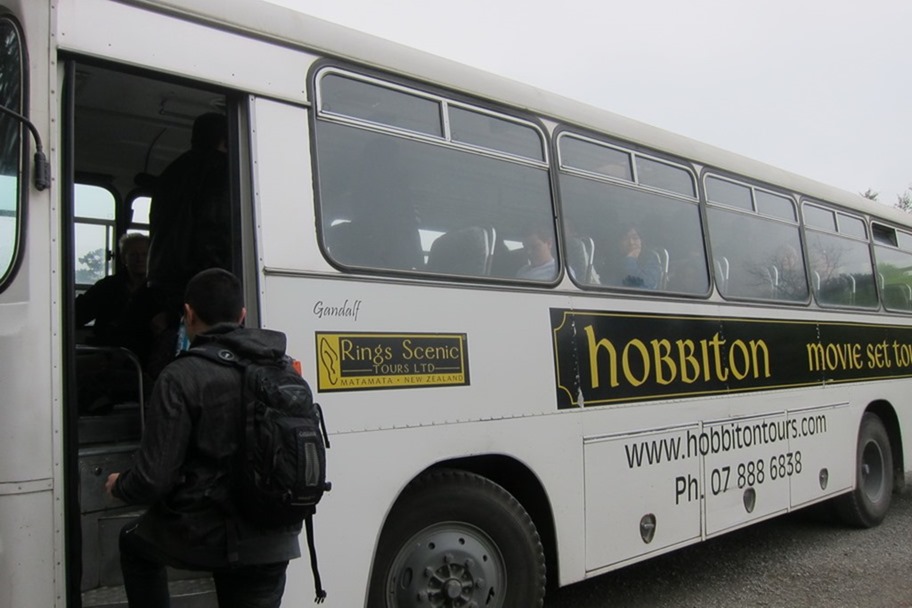 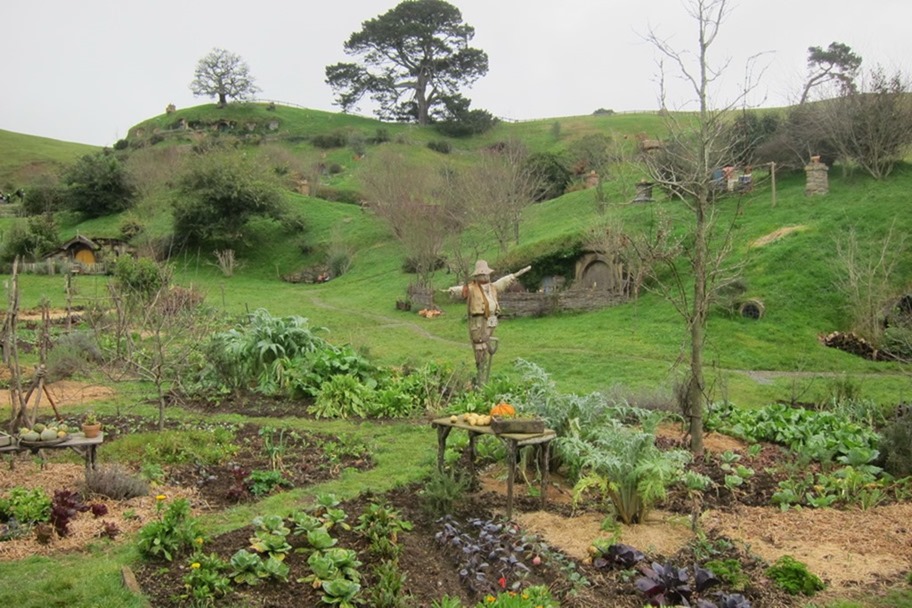 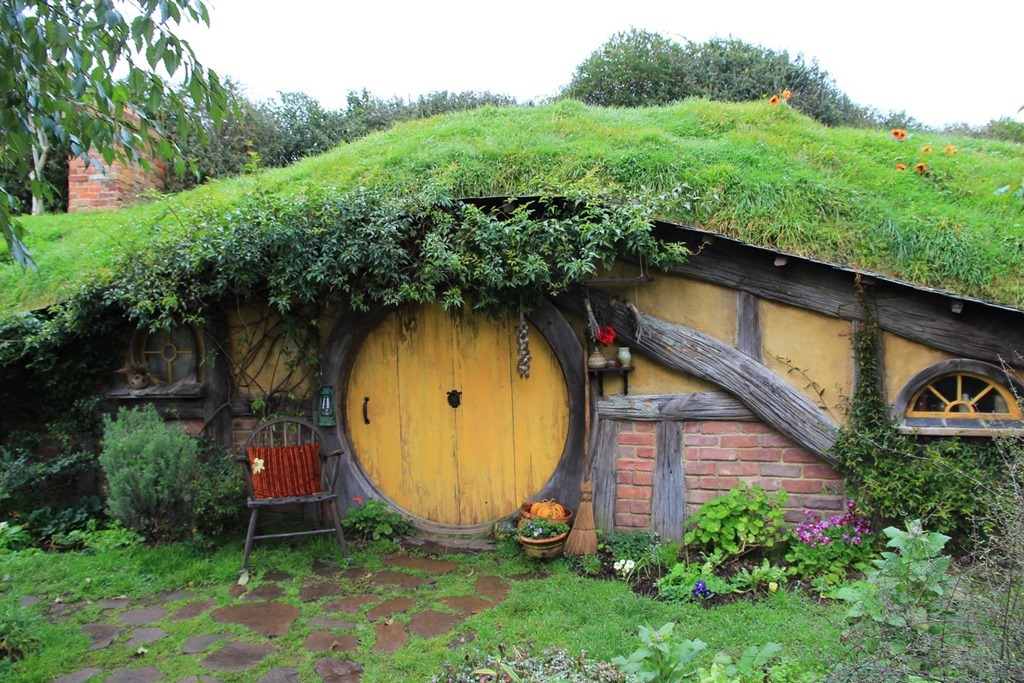 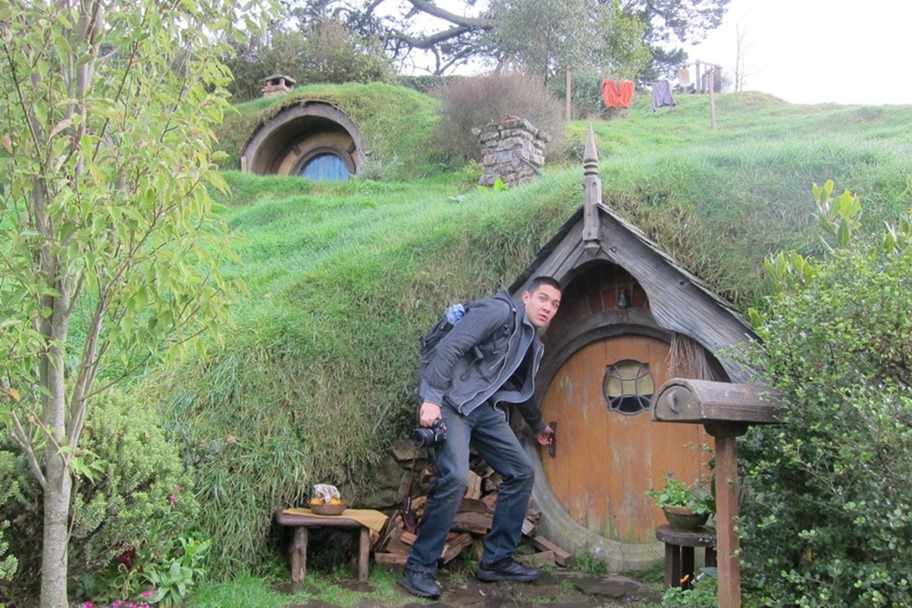 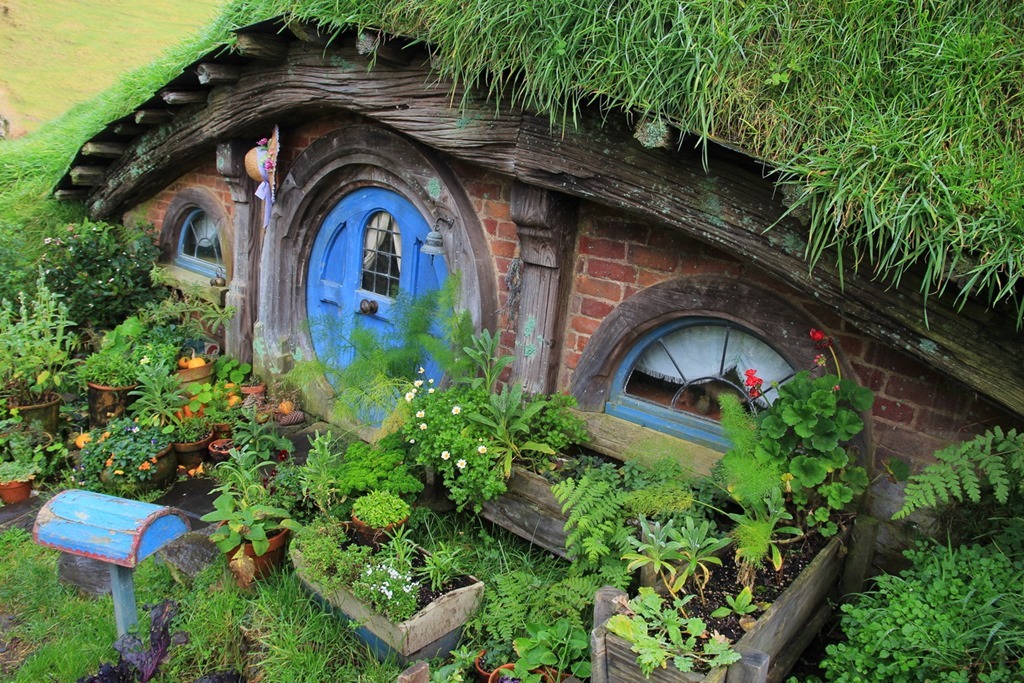 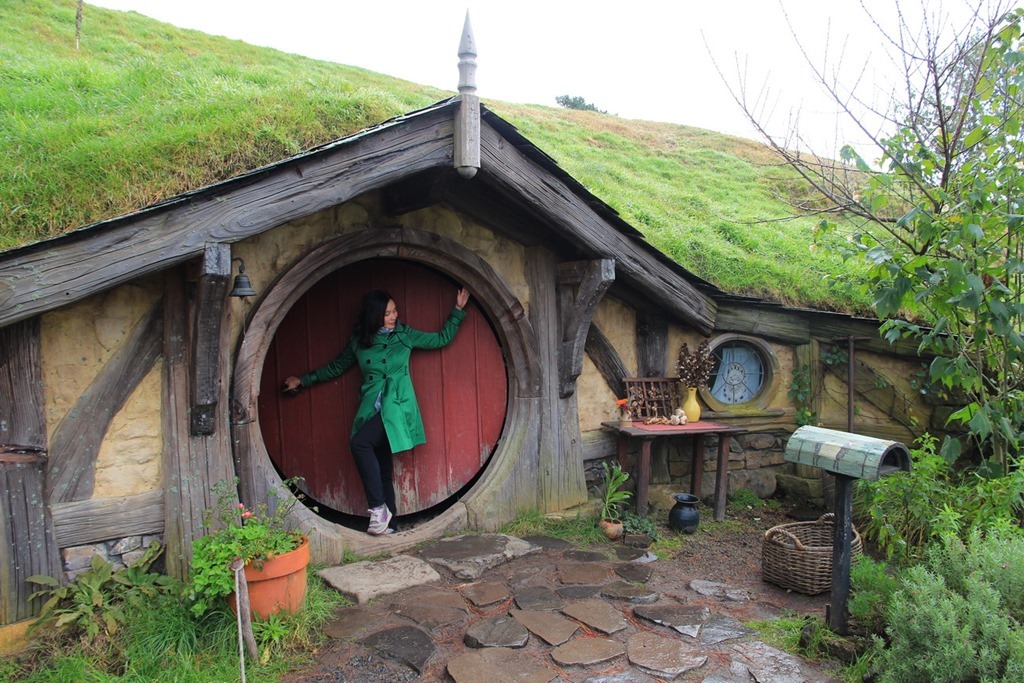 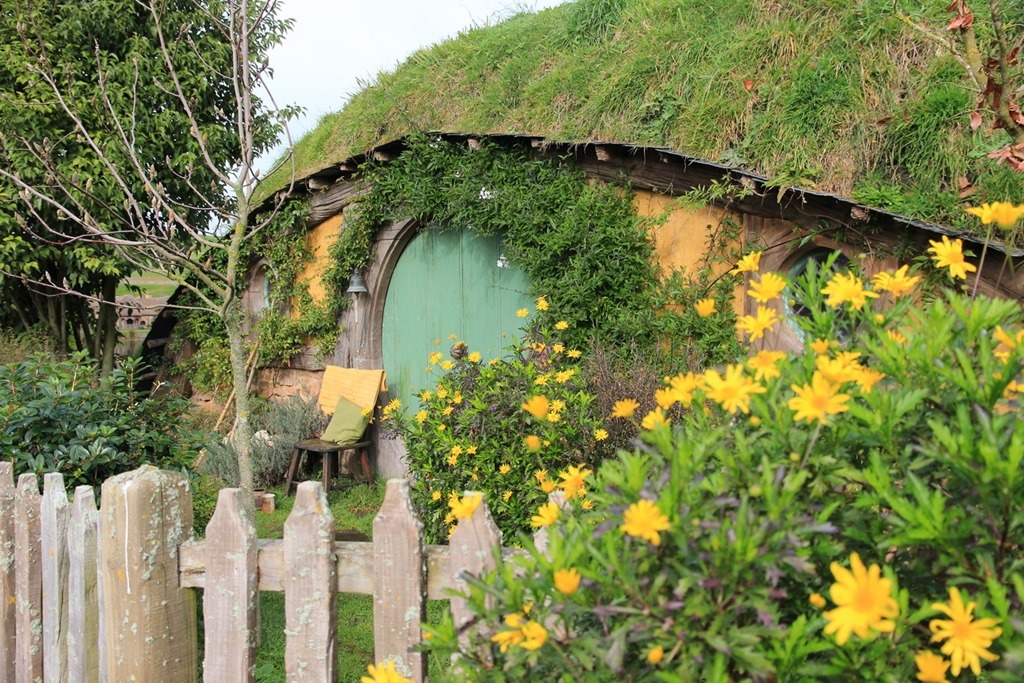 Apparently there are over 50+ Hobbit holes. Sadly, none of them are more than one or two feet deep. The tour takes you past nearly all of them, including Bilbo Baggin’s house. 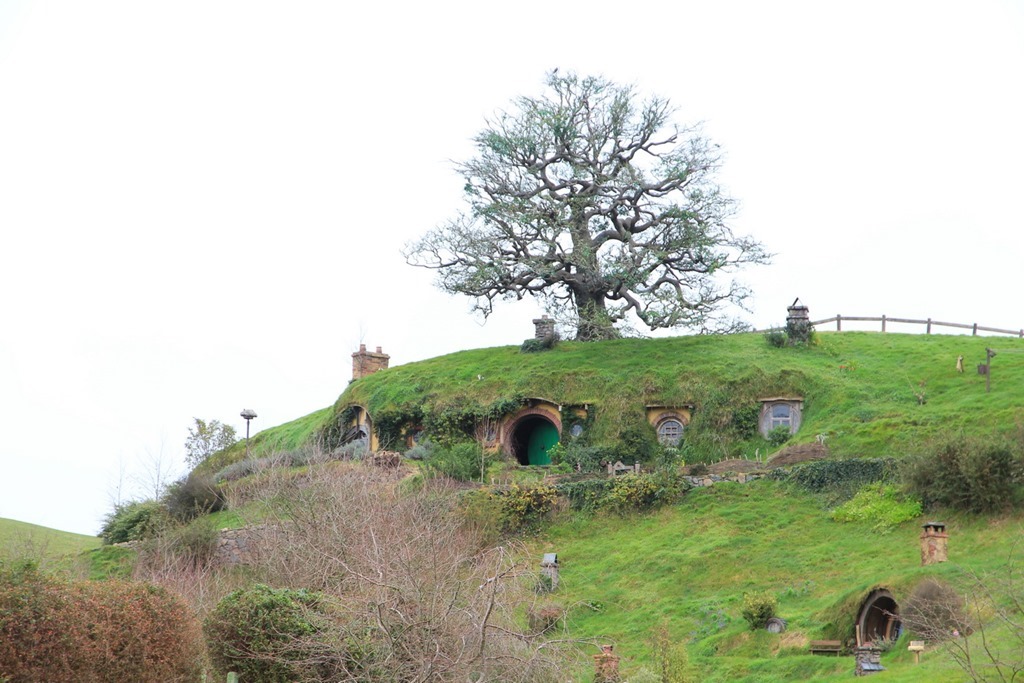 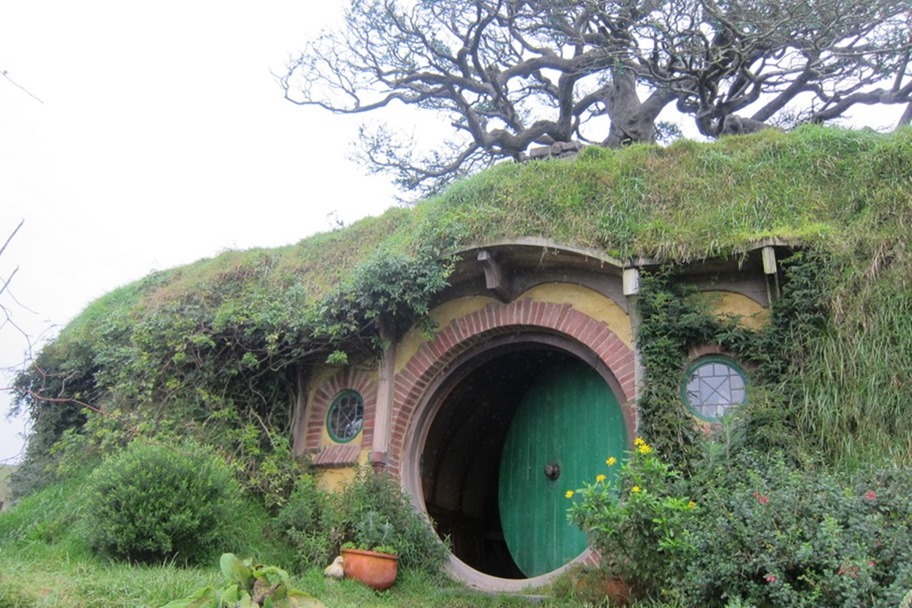 We heard you can go inside Bilbo Baggin’s house if you pay for the private tour. Mrs. Selfish and I did not, however, so we had to content ourselves with pictures of the outside.

As our tour came to an end, the guide informed us we’d be ending it with drinks at the Green Dragon. Huzzah! 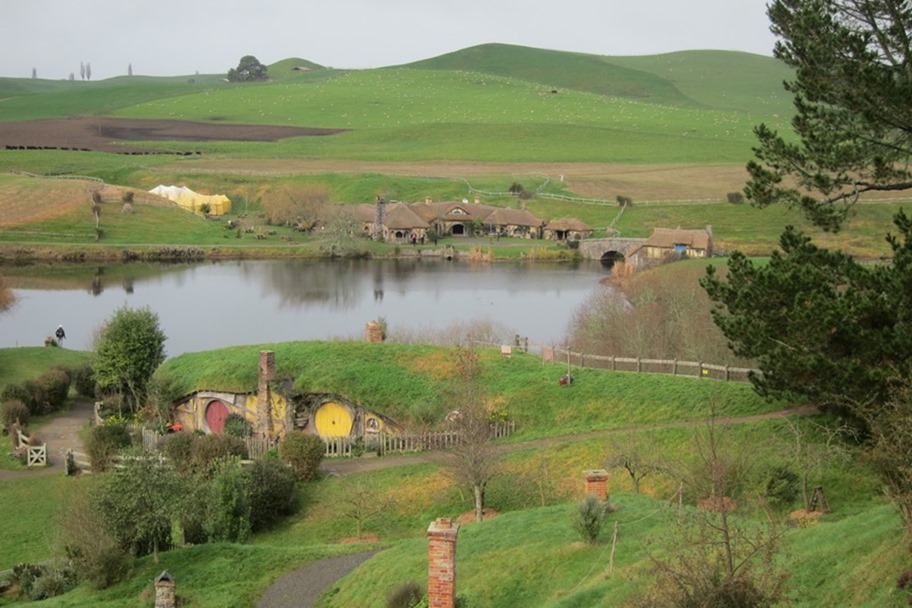 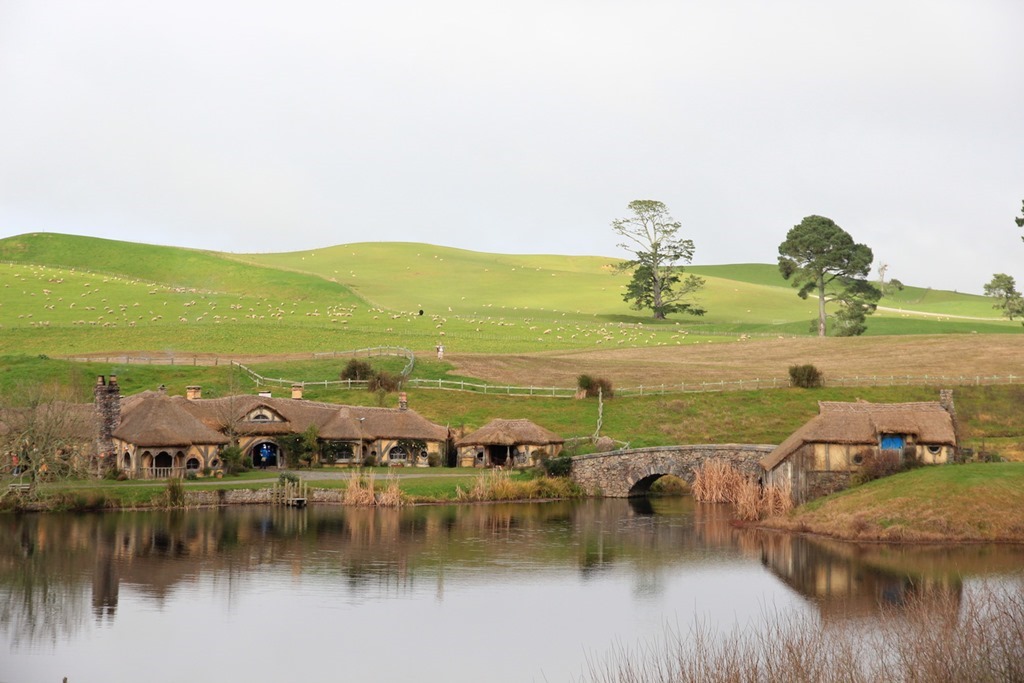 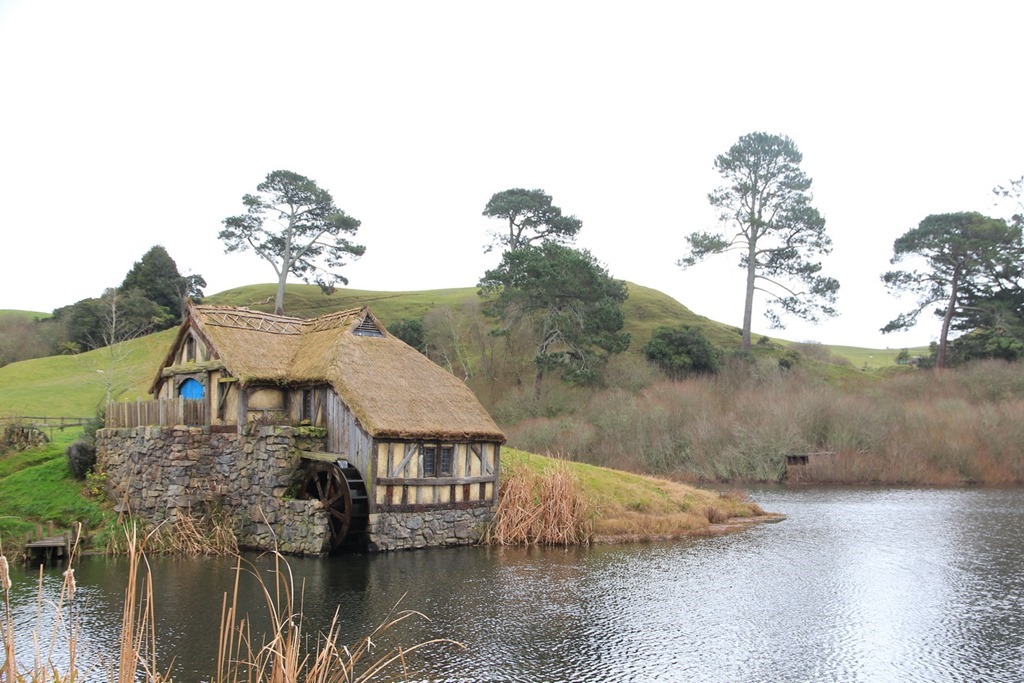 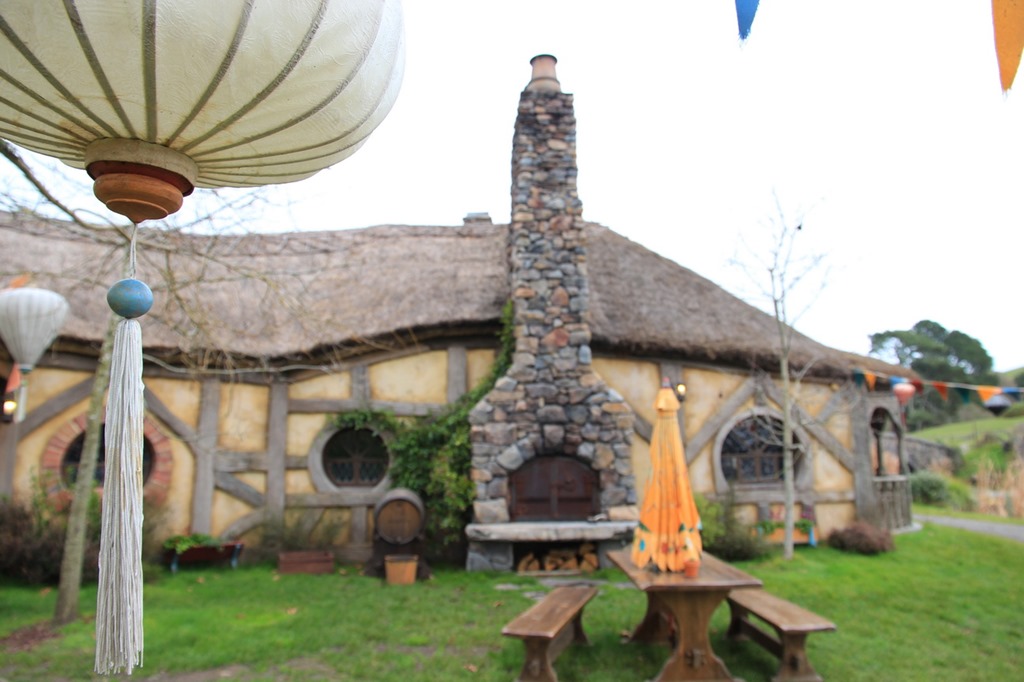 The inside of the bar is even more impressive than its exterior. Unfortunately, we only had 15 minutes inside – hardly enough time to drink a flagon worth of beer! 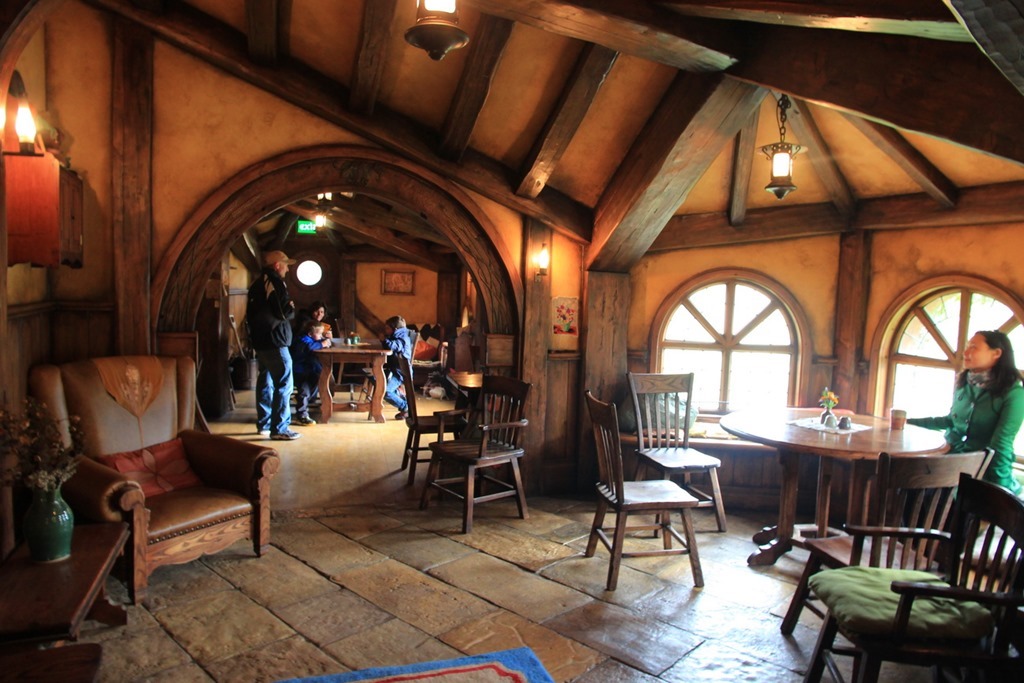 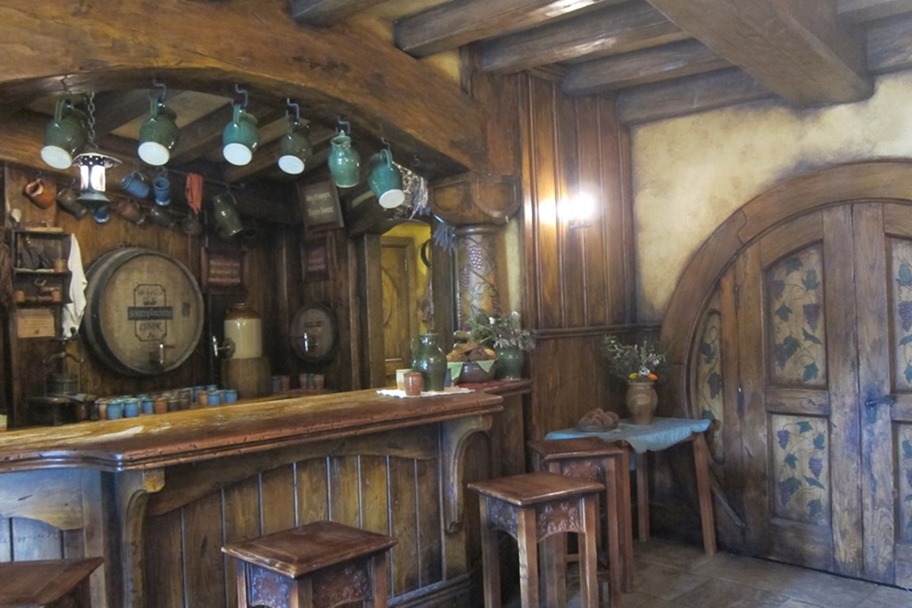 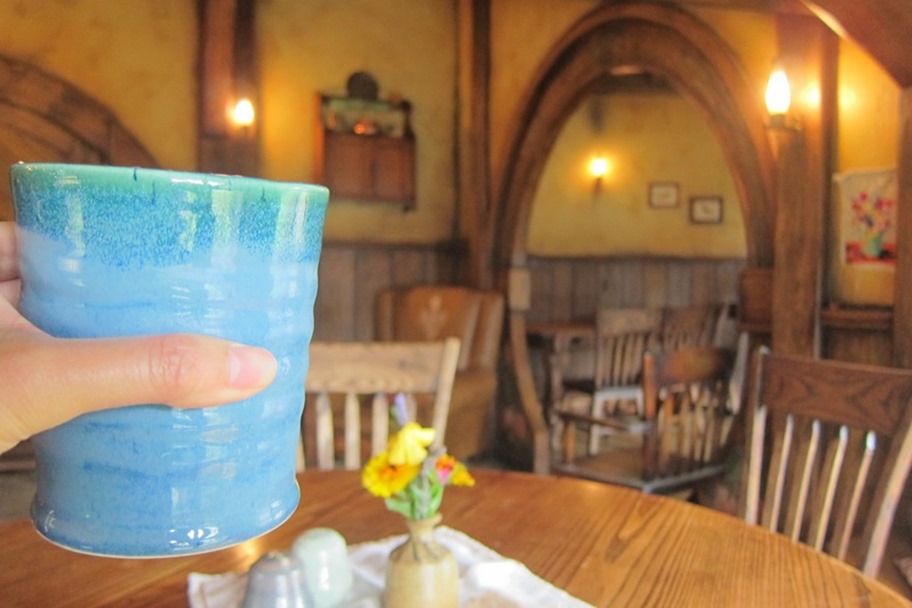 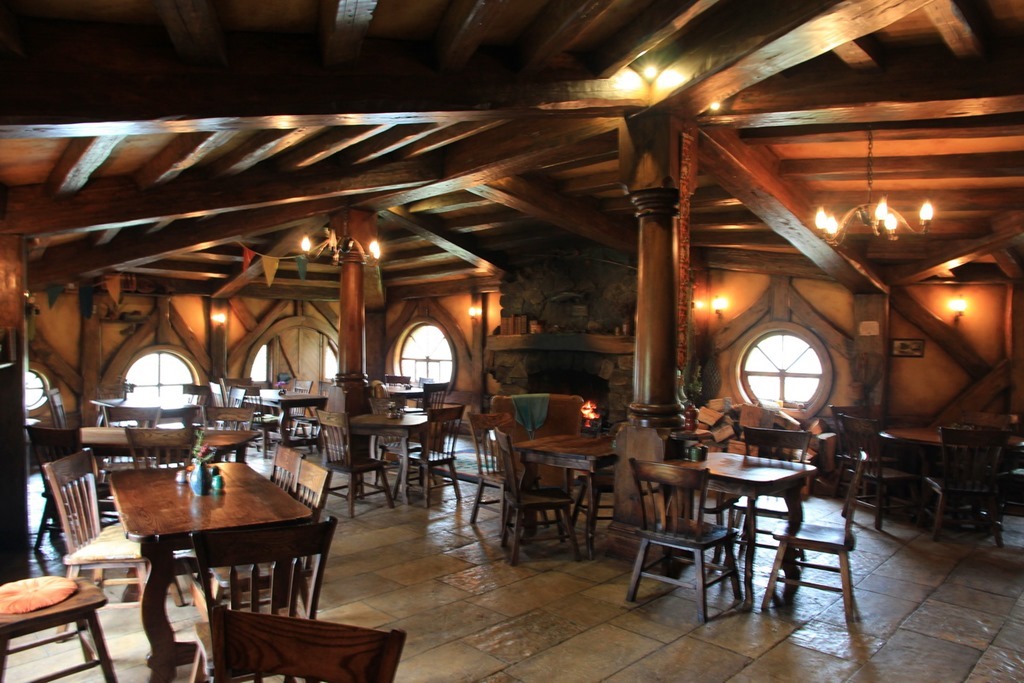 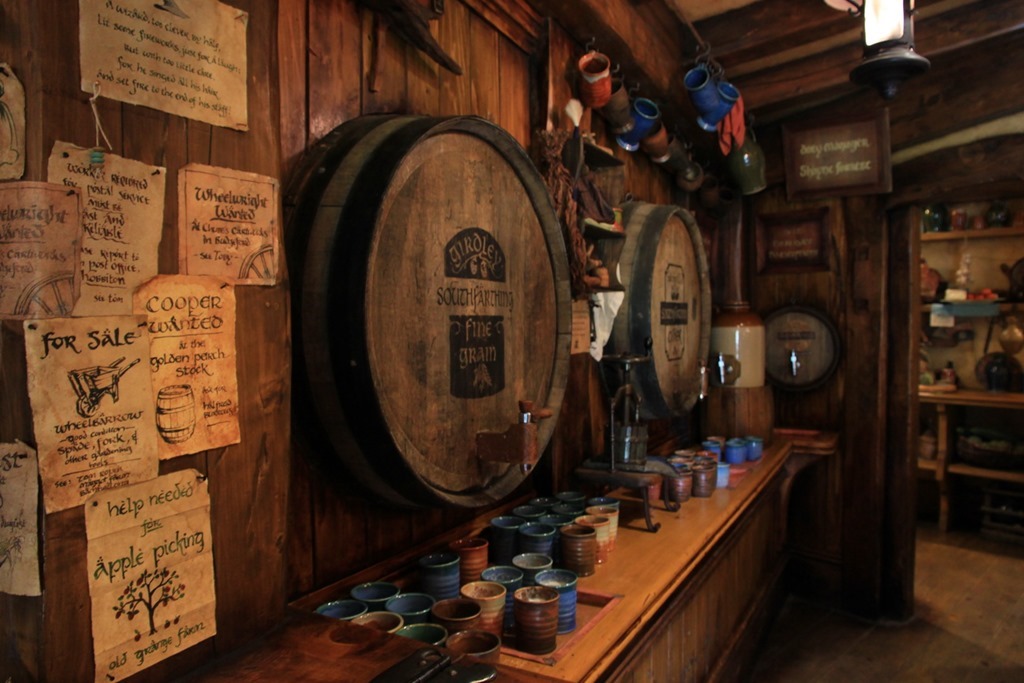 One piece of advice: I would strongly recommend taking the tour in the afternoon. The hills around Hobbiton get a high amount of mist in the morning, and you really want to make sure you’re there when it’s sunny.

In the end, Mrs. Selfish and I had an amazing time at Hobbiton, despite her lack of interest in the films. If you’re heading to New Zealand’s north island, make sure to include the Hobbiton as part of your trip!

4 thoughts on “Heading to the Shire: The Hobbiton Tour”