After spending 2 months in Australia and New Zealand, Mrs. Selfish and I were ready for some good ol’ American cheap eats. Something that would satisfy our lust for tasty food without breaking the bank.

Unfortunately, while America specializes in cheap meals ($.99 menu, ahoy!), finding a cheap good meal can be a challenge. Fortunately we once again had access to Yelp, as well as my sister’s local tips.

Chowing Down on Chicken n’ Waffles

Mrs. Selfish and I split a half chicken with waffles cooked southern style ($16.10 USD), and ordered a side of Mac and Cheese (~$6), another dish that’s pretty difficult to find outside of the States.

The chicken and waffles were amazingly crispy, and every bit as decadent as I remembered. My only complaint was that I hadn’t ordered it with gravy AND syrup, a total rookie error on my part.

The Mac and Cheese, on the other hand, was probably the best restaurant Mac ‘n’ Cheese I’ve ever had: creamy, smooth, delicious – it definitely hit the spot.

Our next stop was Churros Calientes, a small Spanish/Mexican style restaurant specializing in churros. We ordered the Churros Largos ($5 USD), and the Churros con Chocolate (~$5).

The churros were tender, crispy, and lightly sweetened with almost perfect give. Without a doubt these were the best churros I’ve ever had, easily besting ALL of the churros I devoured in Spain.

VERDICT: I wish I was face down in a pile of churros right now. 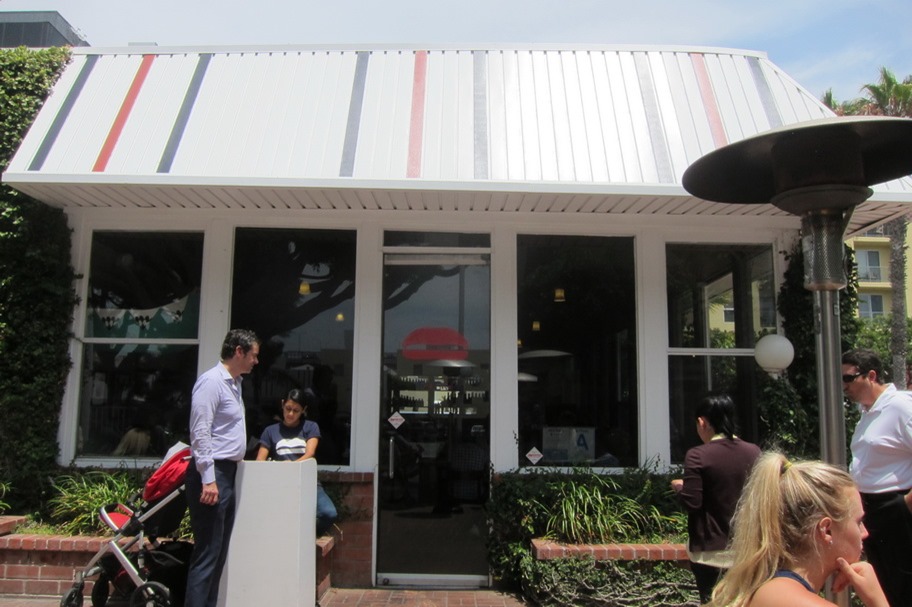 Our next stop was Umami Burger, a local favorite located a short distance away from the Santa Monica Pier.

Mrs. Selfish ordered the Truffle Burger ($12), which was coated in a roasted garlic aioli and truffle cheese, while I ordered the Original Burger ($11), which came with shitake mushrooms, a parmesan crisp, sundried tomatoes, and carmelized onions. We also ordered a side of smothered fries ($6.50). 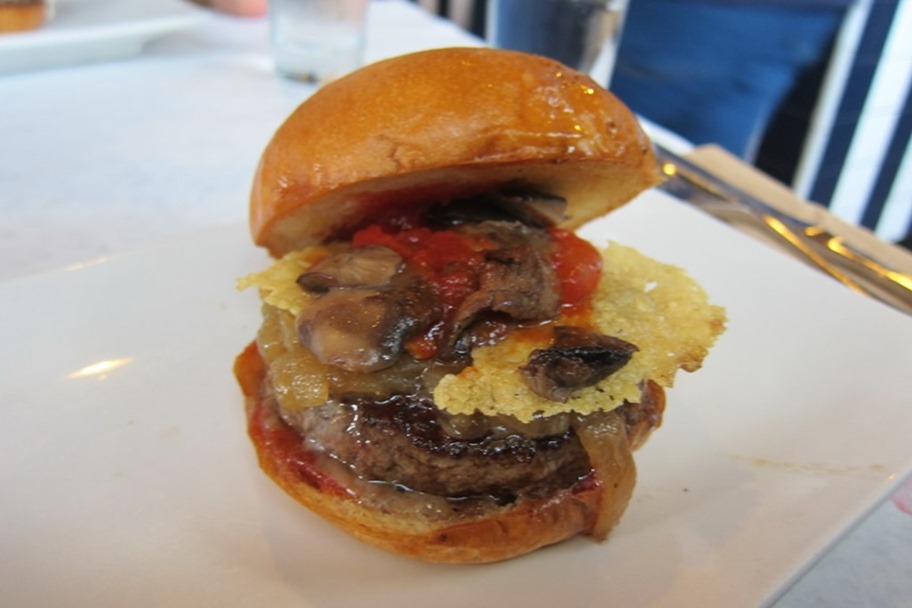 While the burgers were good, nothing about them stood out as better than your average fancy burger. After chowing down on burgers in Australia and New Zealand I noticed a few wrongs things – for one, the bread was just not as good and went soggy after a few bites. Similarly, while the meat tasted good, nothing beats Australian beef in my book – they just feed them better stuff over there.

At $12 and $11 respectively, they were a little pricey considering that was JUST for the burger.

The smothered fries, on the other hand, were excellent. Covered in slow-cooked short ribs and gravy, they were an absolute delight. Only in America, folks!

VERDICT: Skip the burgers and go straight for the fries. 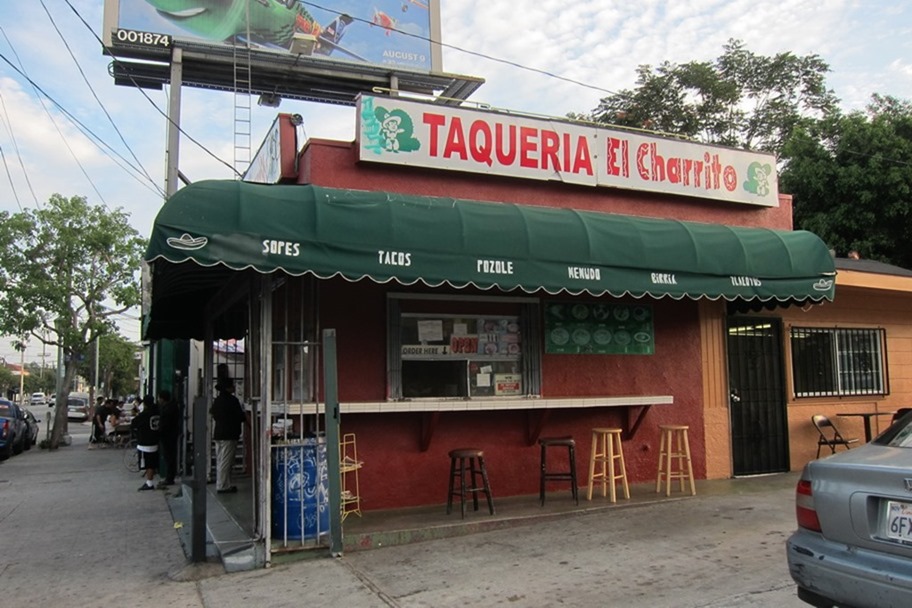 Our last stop was for some authentic Californian Mexican food, something I’d been craving since we left the States back in 2012.

Since the tacos were small and we were ravenous, Mrs. Selfish and I ordered 8 tacos (~$1.50 each): 2 Asada (steak), 2 Al Pastor style, 2 Chorizo, and 2 Pollo (chicken). Last, we ordered a Huitlacoche (a type of mushroom that grows on corn) Quesadilla.

The tacos were excellent, especially the al pastor style which I hadn’t come across before and is very similar to gyro or schwarma meat.

The quesadilla, on the other hand, was horrible. The Huitlacoche, which I thought was a type of mushroom actually tasted more like edible fungus, which I developed a dislike for in China. Slimy and earthy, and stuffed with an extremely mild cheese, there was very little to like about this dish.

VERDICT: The tacos are worth a taste, but there are likely better taquerias elsewhere in the city. At $1.50 a piece, however, they’re a pretty good deal.