I’ve always had a small fascination with giant statues carved into rock. Having seen our fair share of giant Buddhas in China and Japan, it seemed fitting to see the US equivalents at Mt. Rushmore. Mammoth presidents carved into the side of a mountain in the Black Hills, Mt. Rushmore is equal parts cool, kitschy, and patriotic.

I was pretty excited to see them, and utterly crushed when we showed up that morning to see the mountain completely covered with fog. 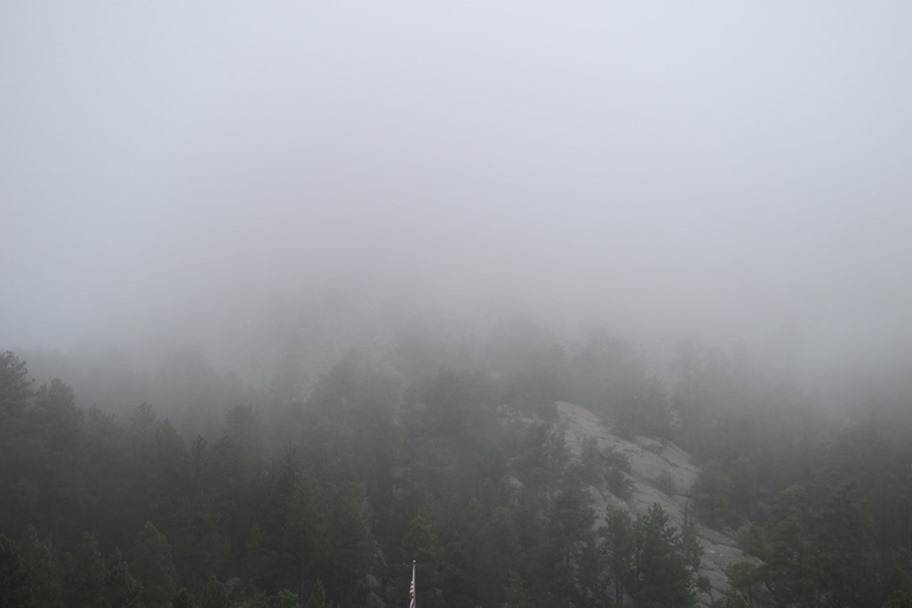 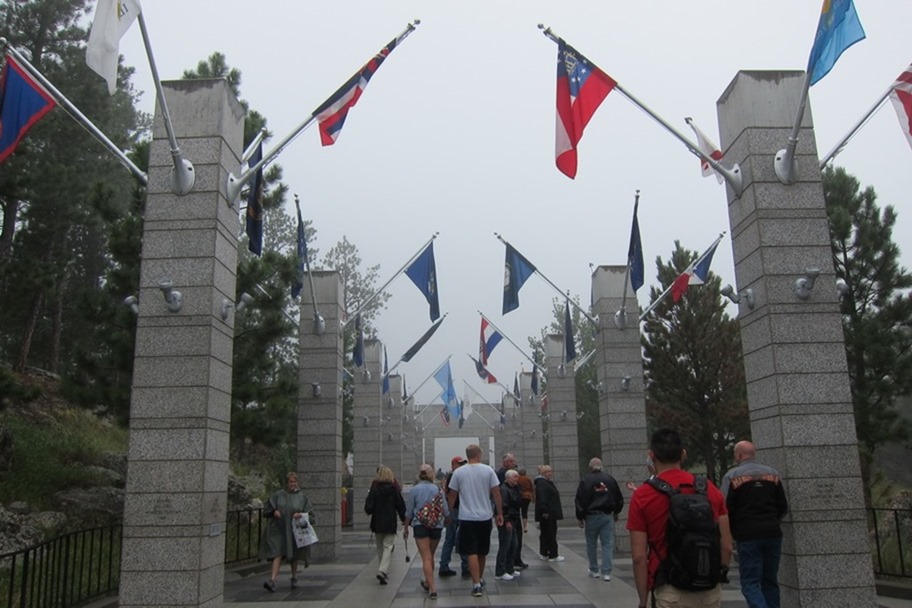 Fortunately that was about to change.

Mt. Rushmore is a pretty popular attraction and gets up to 3 million visitors a year, so don’t be surprised to see buses of Chinese tourists, or a bevy of senior citizens.

If you’re into photography the best time to arrive is between 9am and 12pm, since Mt. Rushmore faces east. Most buses start to show up around 9:30am, so if you get there a little before 9 you should have some good opportunities for pictures.

Unfortunately, it can also get quite foggy at those hours. 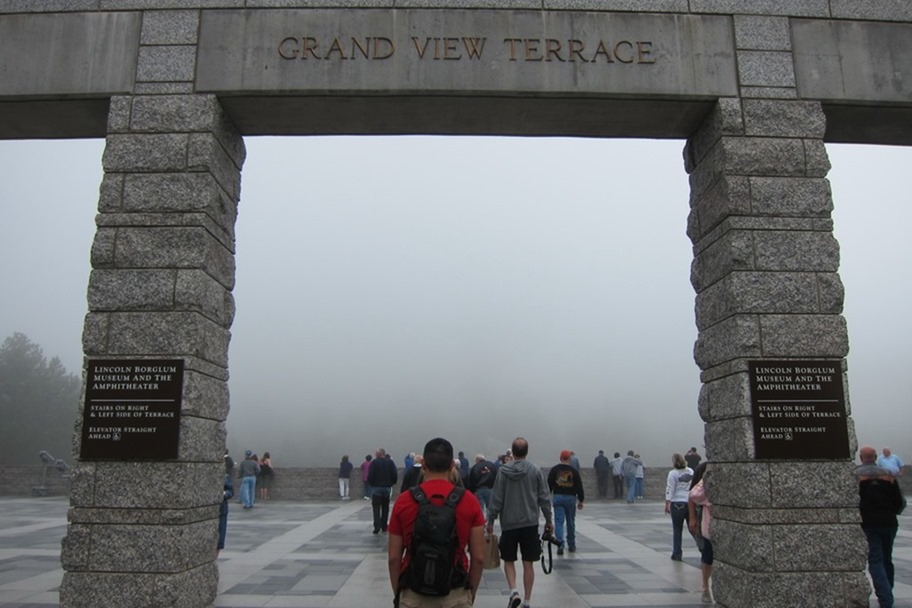 Fortunately, Mt. Rushmore has plenty of ways to kill time. Mrs. Selfish and I spent an hour learning more at the museum, before visiting the Sculptor’s Studio. 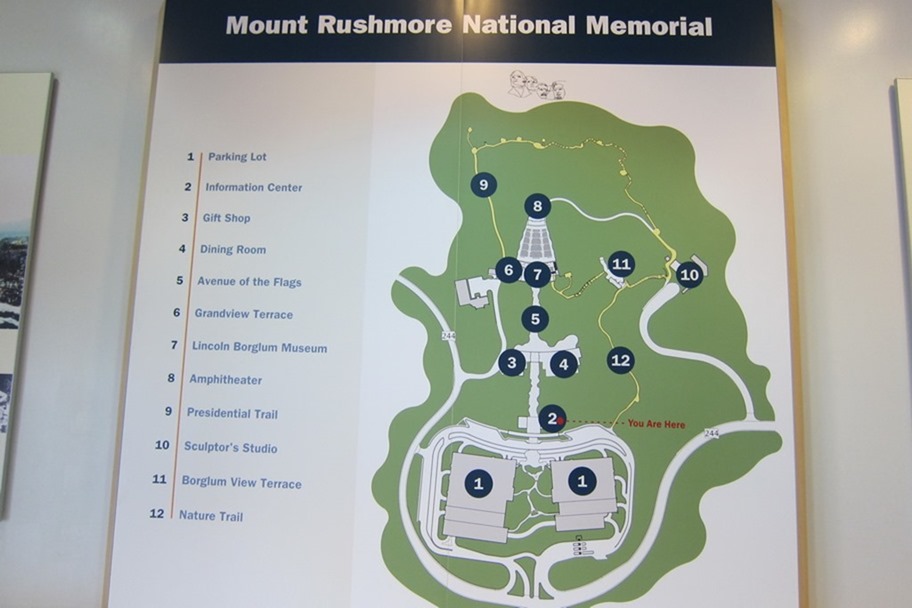 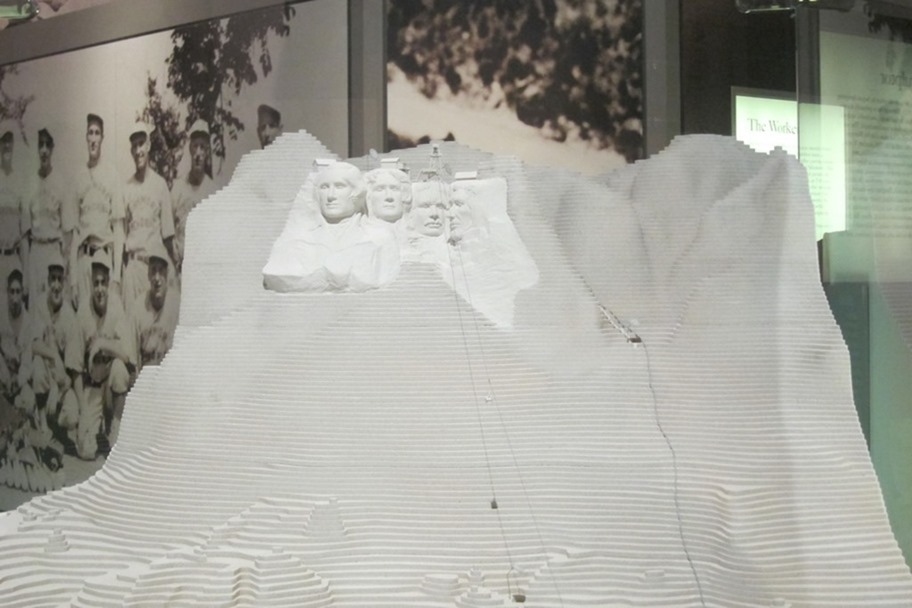 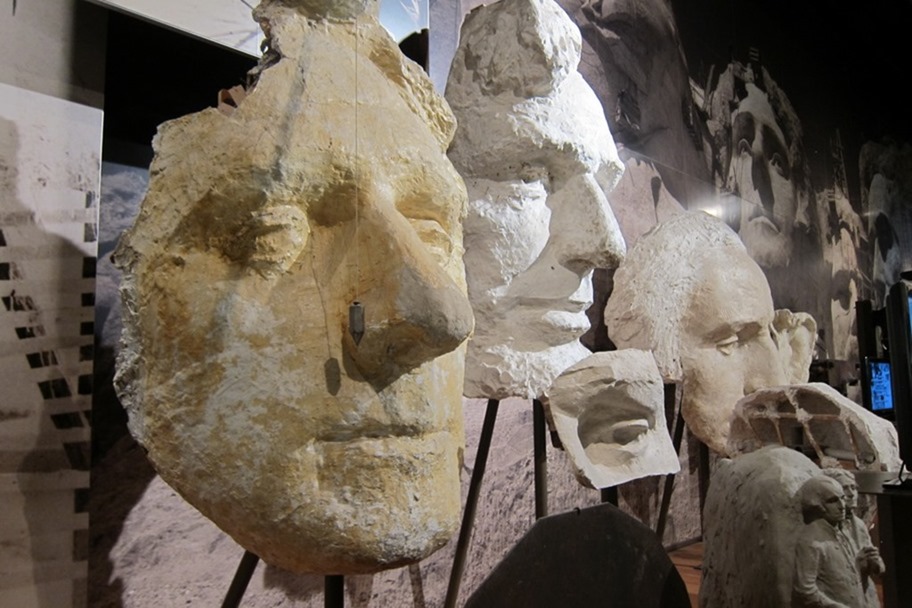 The history is fascinating, but I’ll sum it up in two sentences:

1) The project was conceived when a South Dakotan historian somehow managed to convince sculptor Gutzon Borglum to carve 140 feet statues of the presidents to promote tourism in South Dakota.

2) Around 90% of the mountain was carved using dynamite.

The museum itself is more than a little hoaky, but the sculpture’s studio is pretty slick. Here’s a smaller version (around 14 feet tall) of what Borglum wanted Mt. Rushmore to look like. 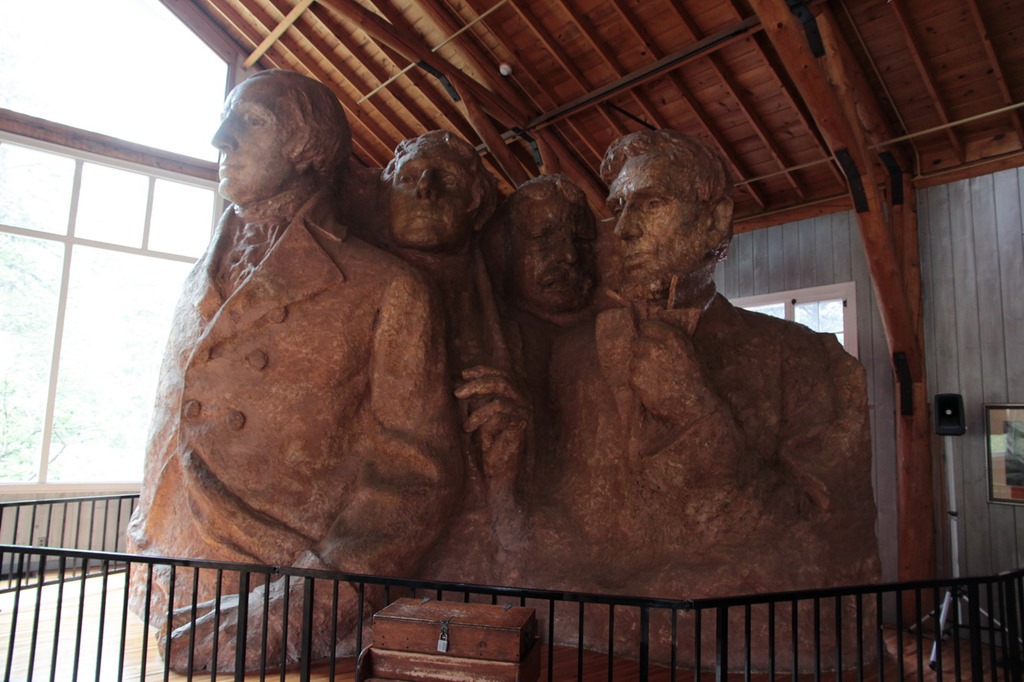 After waiting for an hour, the sun finalled burned up the fog, providing us with a spectacular view of the Presidents. Pay dirt! 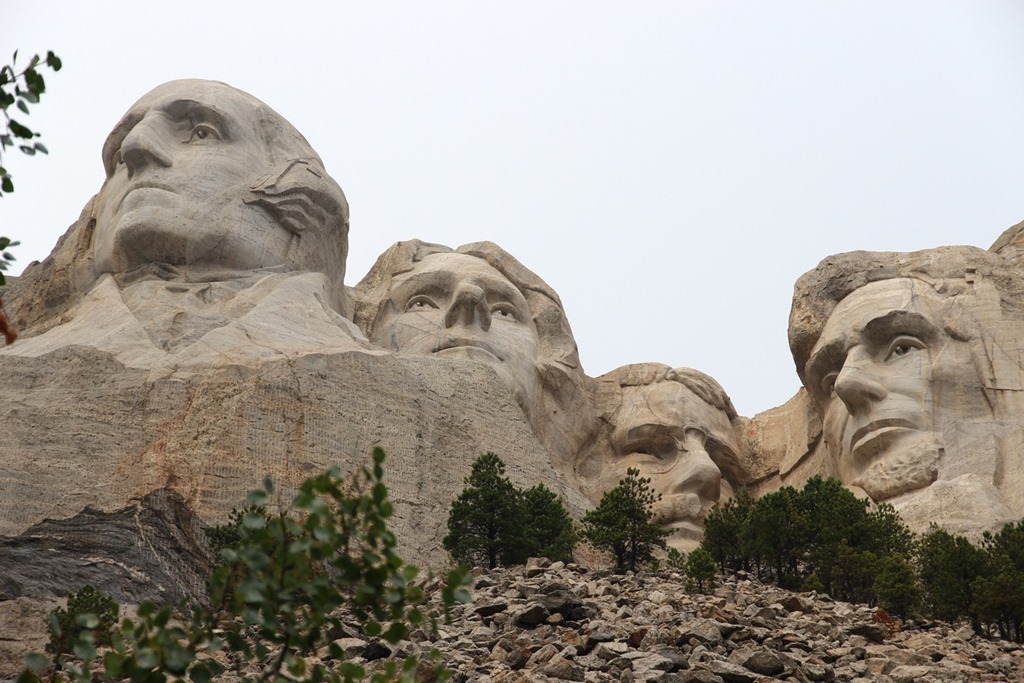 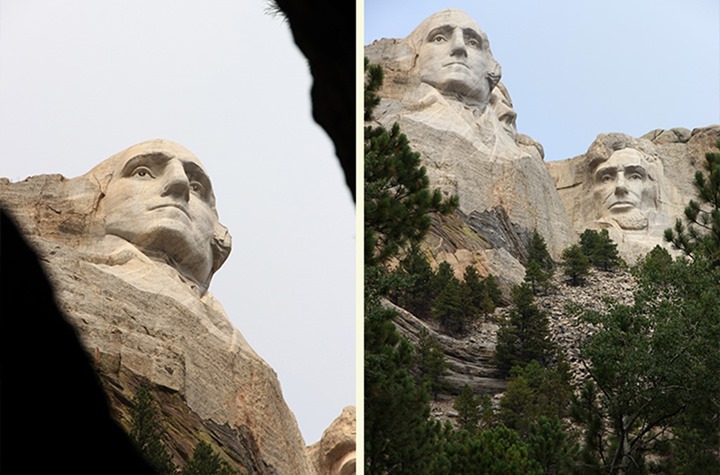 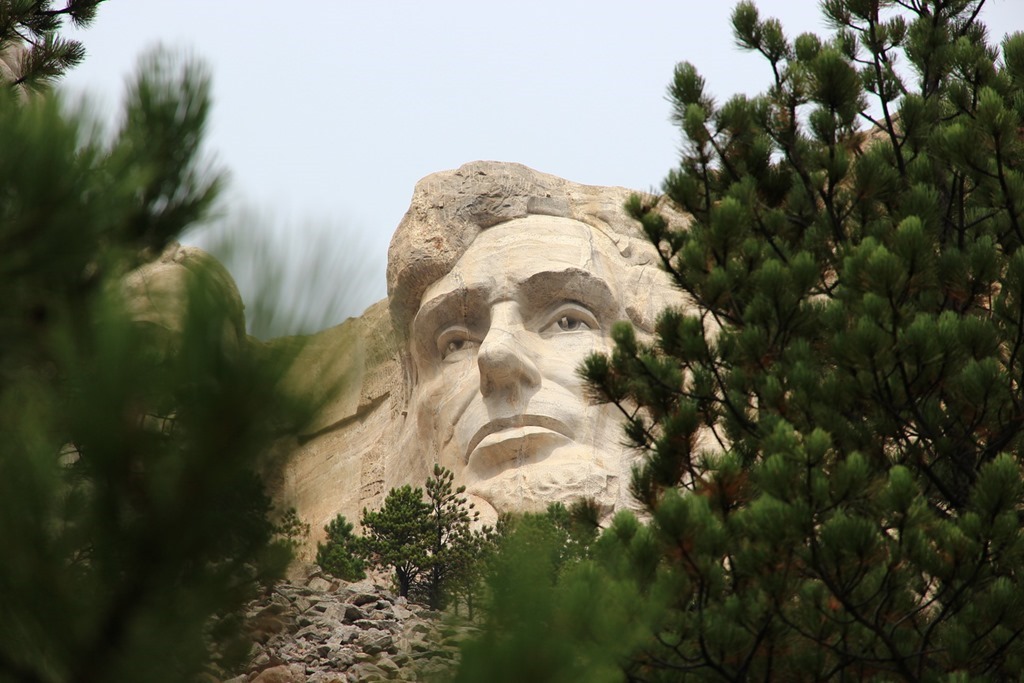 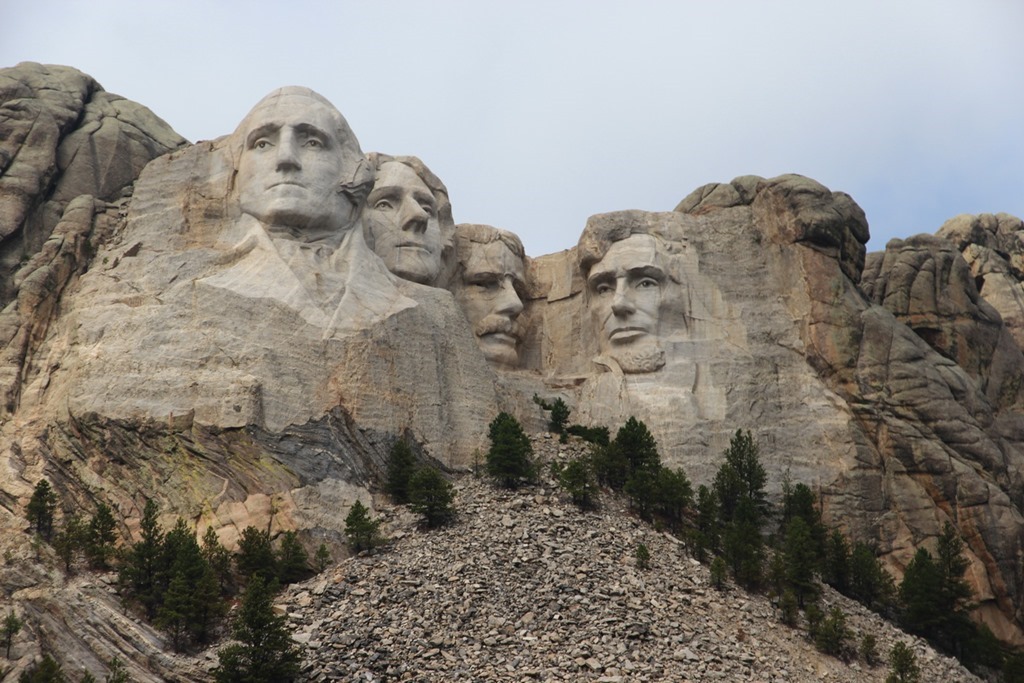 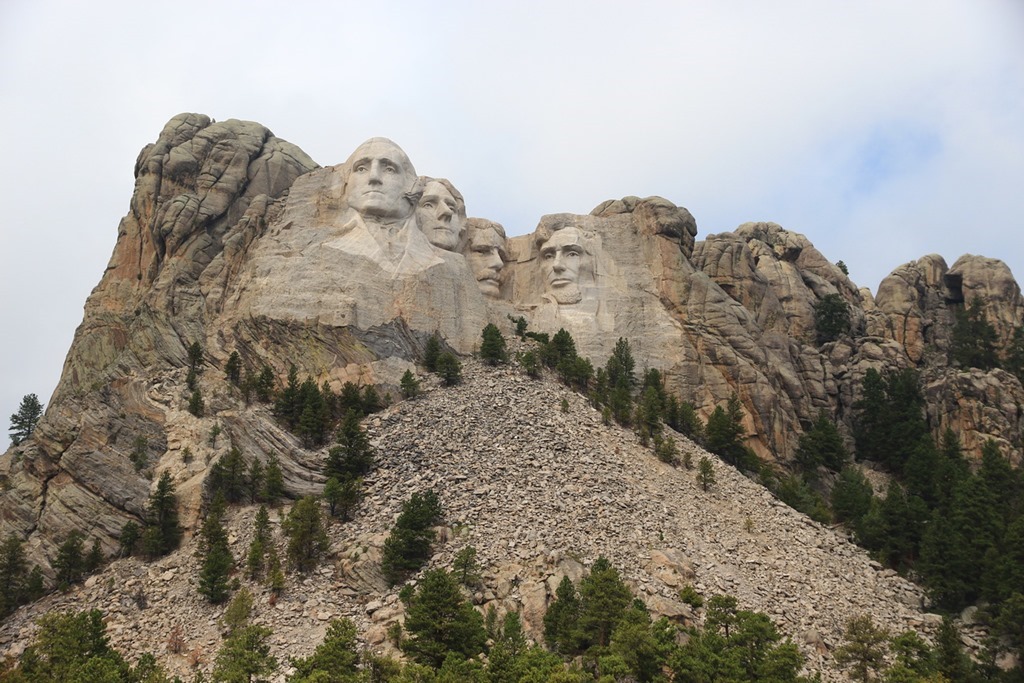 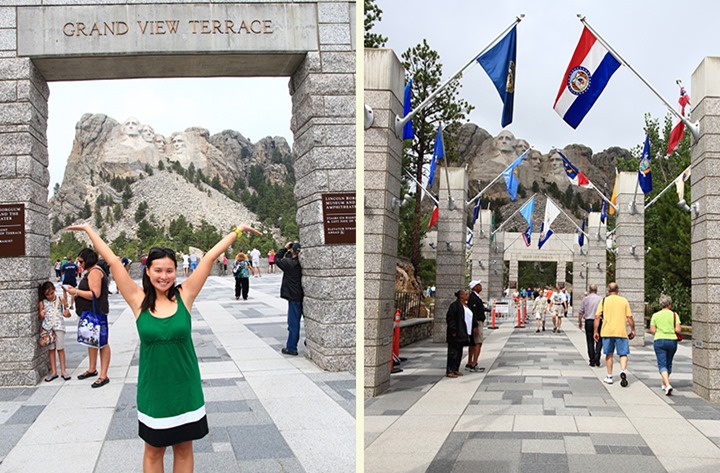 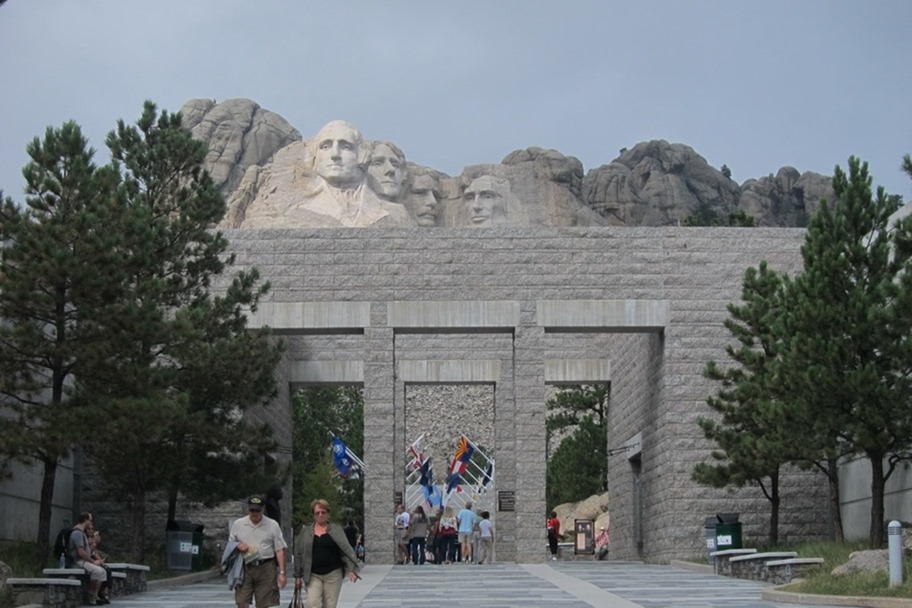 As cheesy as it was, I’m really glad we stuck around. Mt. Rushmore is definitely worth a visit – especially considering it only costs $11 to visit it year round!

From Mt. Rushmore, Mrs. Selfish and I headed northwest, bound on I-90 for Yellowstone. Although time was short, we decided to pay a visit to the US’s first National Park: Devils Tower. 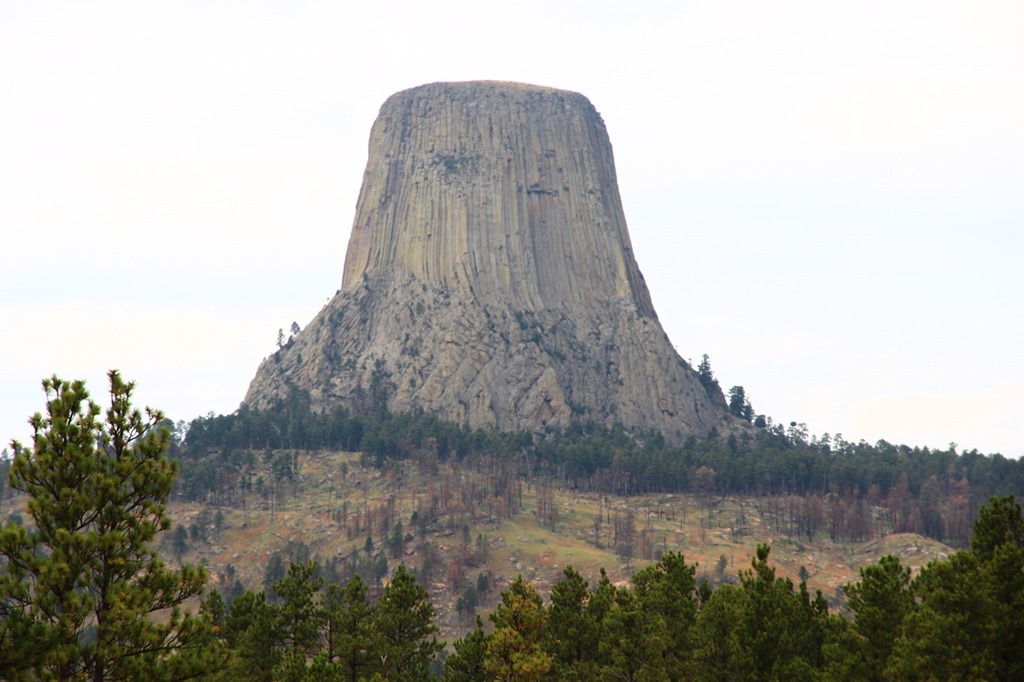 According to Native American folklore, some girls were playing outside when they encountered several giant bears. They prayed to the Great Spirit, who created a pillar of rock to save them. The bears, trying to get the girls, clawed the side of the tower. When the girls reached the side they were turned into stars.

Unfortunately we didn’t have time to visit the park itself, but we did get very close for the photo ops! 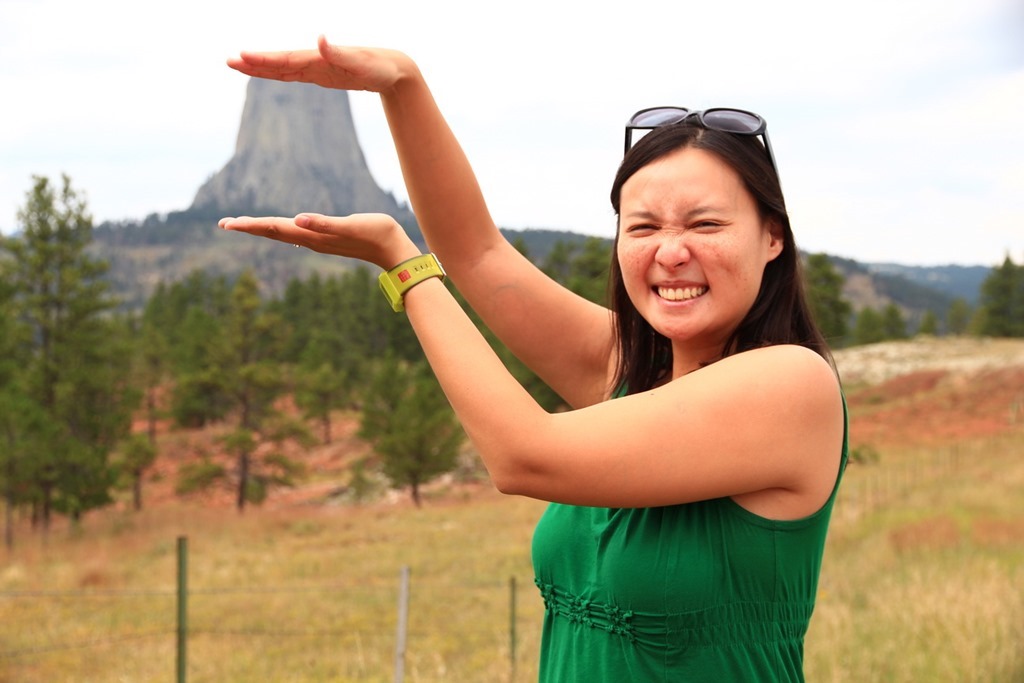 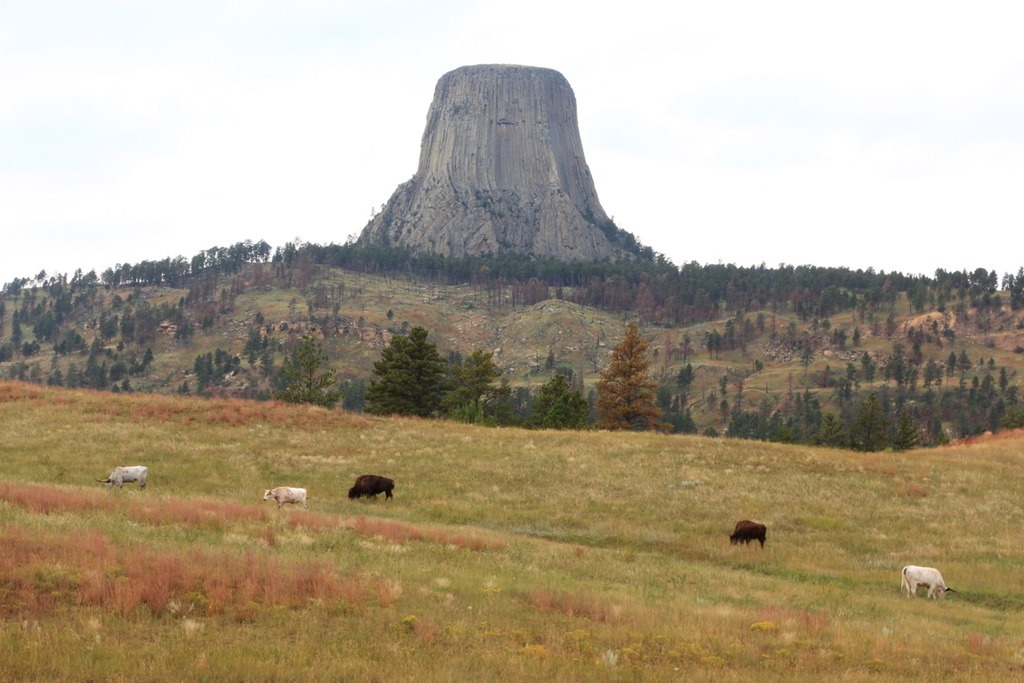 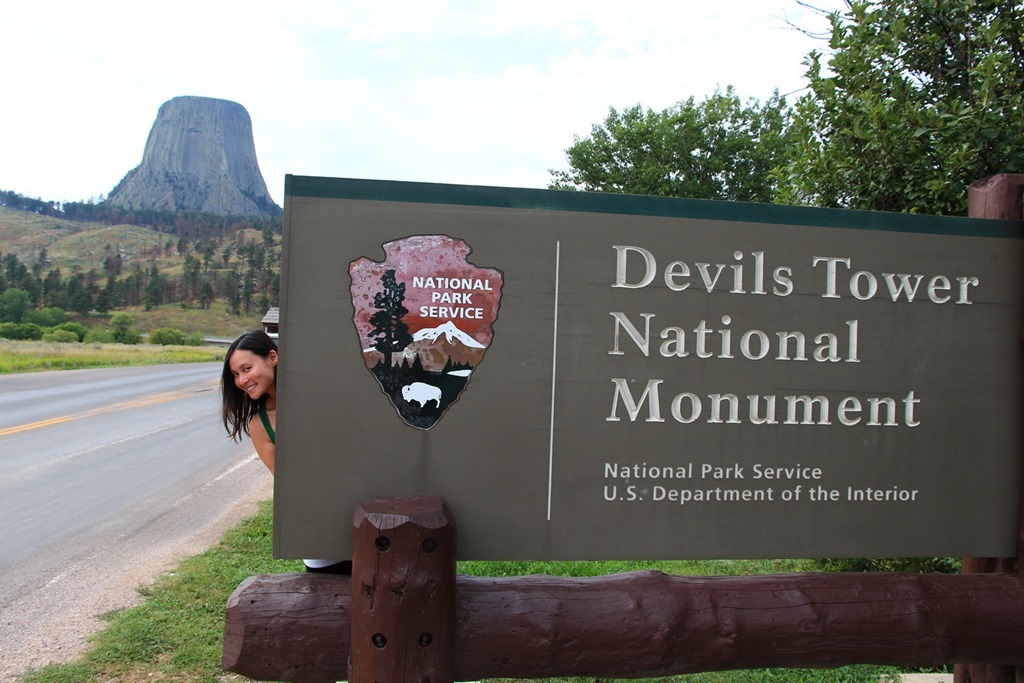 So why isn’t it “Devil’s Tower?” Apparently when Roosevelt signed the proclamation to declare the tower a national monument the apostrophe was missing. No one ever corrected the typo, so it’s been “Devils Tower” ever since. USA! USA!