This is third and final part of our 3 part series on Things We Learned While Traveling Abroad for a Year. If you missed them, here’s Part 1 and Part 2.

23. Your appearance immediately sets expectations. Run with it.

A buddy of mine and I were recently comparing our experiences in Seoul, South Korea. In my experience, almost no one spoke English in Seoul. In his, pretty much everyone did. The difference? He’s 6’2” and white as the day is long. I’m 5’10” and half Chinese – a look that makes me indefinably ethnic at home, but probably Chinese in Korea. People were expecting him to speak English, so they did so preemptively. With me, they weren’t quite sure where to start.

Conversely, I’d be willing to bet that I received better treatment in Paris because I looked like a fumbling young Japanese tourist to most French people.

A Chinese tour group in Yellowstone.

Thanks in large part to Chinese and Japanese tour groups, Asians are everywhere. Other ethnic groups, not so much.

25. And Sexpats are all over Asia.

It’s especially bad in Thailand, but you see them all over Southeast Asia. Pretty revolting, stuff, actually.

26. Sometimes it’s worth it to pay for a room with a view.

Bora Bora was totally worth the cost.

In Paris, we rented an apartment with a view of Sucre Coeur. In Tokyo, we got a room facing Mt. Fuji. In Bora Bora, we had a room facing the volcano. I never used to be a stop-and-admire-the-view kind of guy, but there’s something to be said for waking up and immediately feeling like you’re in an exotic, amazing place.

Whenever Mrs. Selfish and I arrive in a new city, we immediately begin to make mistakes. We eat at the wrong restaurants. We pay too much for the wrong transportation. We get ripped off by local vendors. All of these are things I’d dub the “tourist tax,” things you’ll inevitably mess up as a visitor, that you would navigate perfectly as a local.

While I still get annoyed when I make these mistakes, I try to chalk it up as part of the experience. It may suck, but why let it ruin your trip?

28. 3rd World countries have a distorted view of American wealth.

The City of Duckburg. Sadly, not a place you can visit on miles & points.

There’s still an odd perception that America is paved with gold. To your average person working in a third world country, Americans aren’t making 4x – 10x times the amount of money they are, but more like 40x – 100x. If you’re a cheapskate like me, try and set expectations low. Everyone knows shabby backpackers don’t carry any cash, right?

29. Time moves strangely when you fast travel for a year. 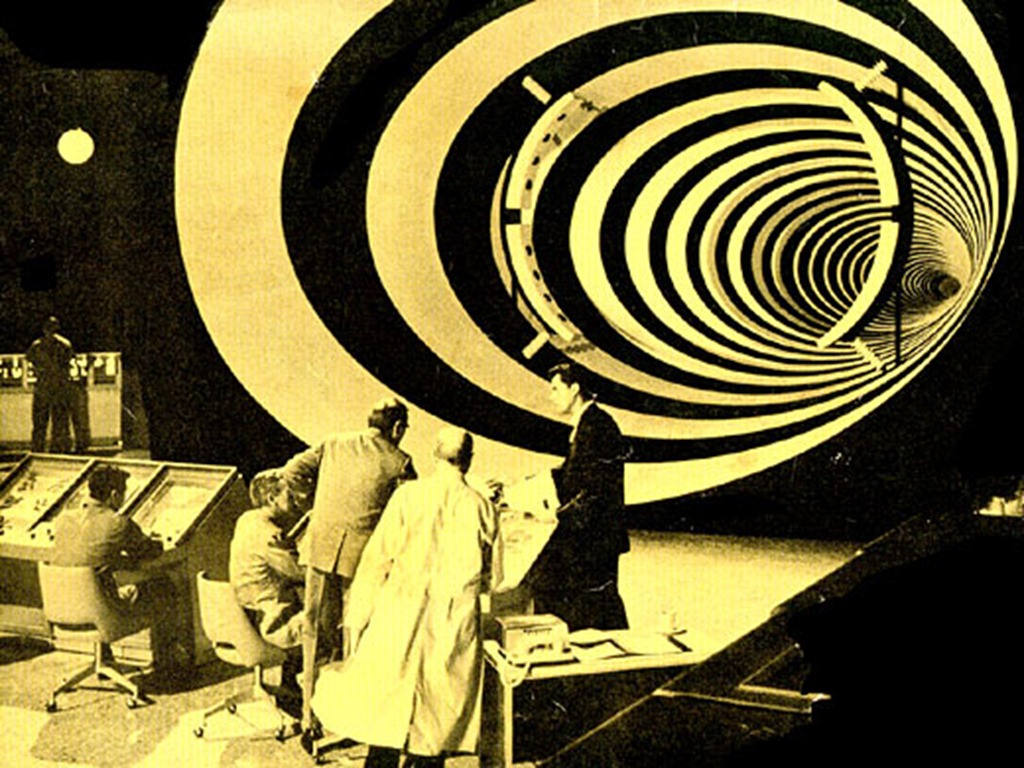 Here’s what a year of fast travel feels like.

Places and times seemed simultaneously a long a short time ago. Even now it’s hard to think that 2 weeks ago I was in Yellowstone, 2 months ago I was in New Zealand, and a year ago I was in Munich. The time flew by, but the memories seem like they happened years ago.

30. Sometimes the cheap little knick knacks you buy are worth more than everything else.

Bought this dude in Datong, China.

Chotchkies. Knick-knacks. Crap. Whatever you want to call them, somehow they’ve become my most prized possessions. The de-clutterer in me prevented me from buying more, but now I kind of wish I had ignored that guy. 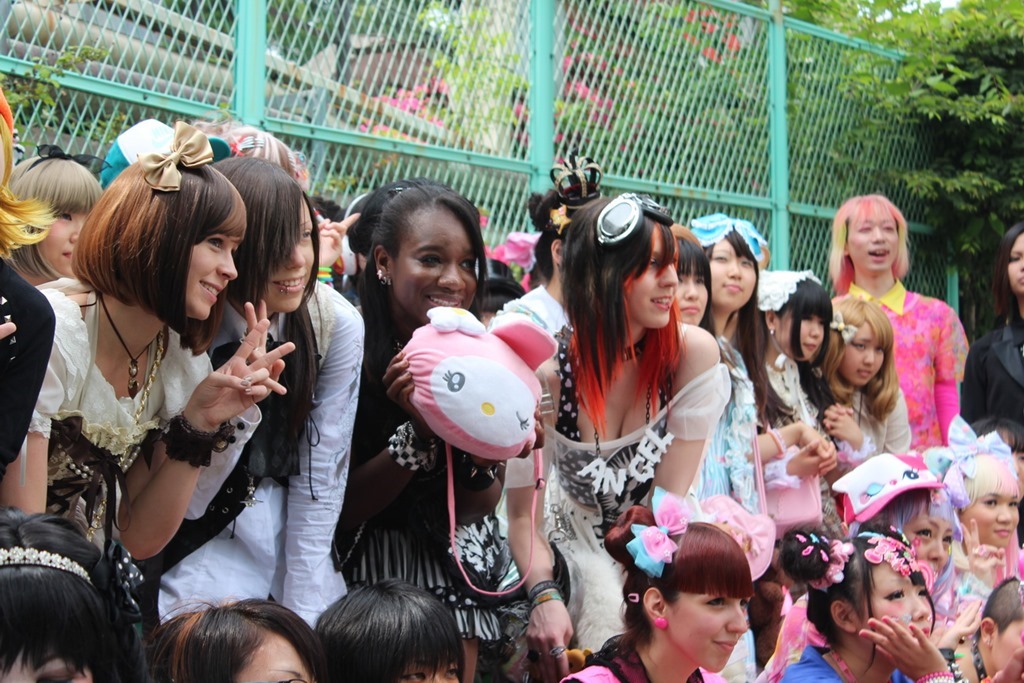 Maybe it’s because they wanted our money, or maybe it’s just because we were a curiosity. Either way, I found that everywhere we stopped, people were pretty friendly.

Except for taxi drivers.

32. Life is an adventure without the routine! 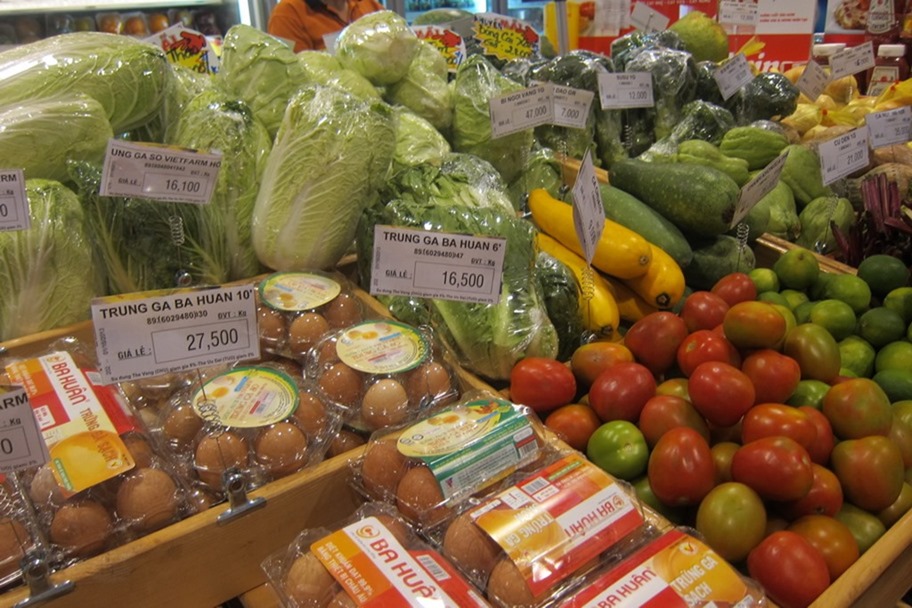 Once we started traveling full time everything became an adventure. Grocery shopping! Getting a haircut! Navigating the metro! Things that were once easy and mundane were now difficult and exciting, and sometimes they went hilariously wrong. Like getting my hair cut from 3” down to 3mm, or buying god-knows-what instead of bacon.

33. Traveling is easier and cheaper than you think. Get out there! 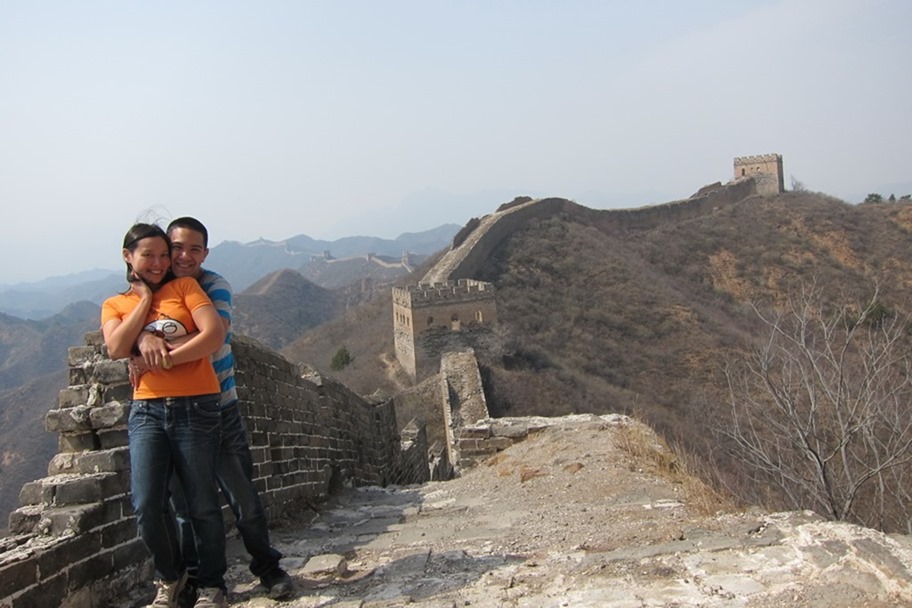 Loving life on the deserted side of the Great Wall of China.

Set a destination, set a goal, and get out there and make it happen! Using miles and points is an easy way to cut down costs, but if you’re anything like us, the bigger issue will be making time to travel.

So how did we do it? Our biggest trick was to tell all of our friends and family that we were renting our house and traveling for a year. This was months before we had booked any tickets or started planning anything. Since we didn’t want to look like fools (or even worse, flip-floppers), we took great pains to follow through and turn our dream into a reality. It’s stupid, really, but it turned out to be pretty effective.

If you’ve been following the blog (thank you for that), and have been thinking of traveling yourself I urge you to get out there. There’s a lot to see, and only one lifetime to experience it!