Mrs. Selfish and I have been enjoying our time in San Francisco. We’ve seen the Golden Gate bridge from just about every possible angle. We’ve day-tripped to Sonoma, and Napa. We’ve even taken a few short weekend trips to Carmel, San Luis Obispo, Vancouver, and San Diego (trip reports coming soon!).

But with the pending United devaluation coming up, I decided it was time to burn through our United stash and slash a couple more items off our bucket list. So a few weeks ago I booked tickets to Istanbul, and Kilimanjaro, Tanzania.

For a mere 120,000 United miles, we’re flying in business class to Istanbul and Tanzania on a combination of United, Lufthansa, Turkish Airlines, and Ethiopian Airlines.

We’re spending 4 days in Istanbul getting adjusted the 10 hour time difference, eating our way around town, and exploring the mosques and markets of Istanbul. 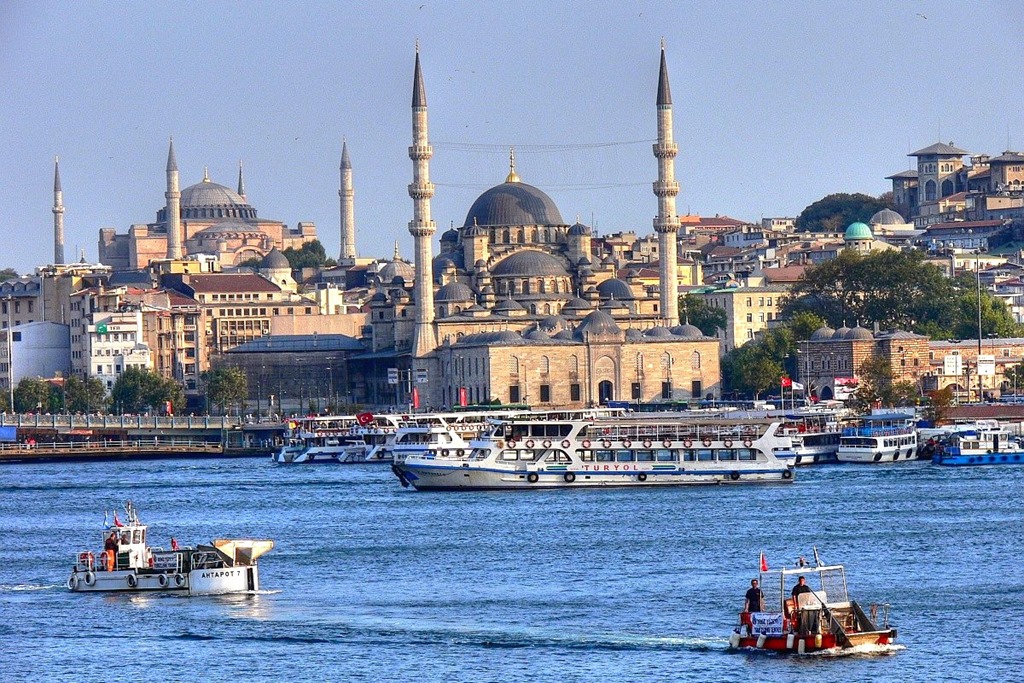 We’ll also spend 4 nights at the Park Hyatt Istanbul which I booked using a combination of points + cash so I could use one of my diamond confirmed suite upgrades. We’re currently booked in one of the hotel’s “Spa Rooms” which comes with its own Turkish Steam Room.

From there, Mrs. Selfish and I board a plane for Kilimanjaro, Tanzania to head out on 8 day safari to watch the Great Migration.

Sadly, we will probably only view Mt. Kilimanjaro from a far.

During this time, nearly half a million wildebeests will be born and roughly 1.2 million wildebeests and 750,000 zebras will roam from Tanzania to Kenya, searching for food. Many will die from starvation, exhaustion, or lions. It’s supposed to look something like this:

But I’m picturing something a little more like this:

In order to get the required 120,000 United miles, Mrs. Selfish and I both applied for the United Explorer business card, which went way better than I could have hoped.

I’d heard online that there was a 50,000 mile version of the card offer available at many Chase banks. Unfortunately, the bank had no such deals. The business card representative did tell me that we were both eligible for the 50,000 mile bonus with the United Explorer personal card, however.

This was news to me, since Mrs. Selfish and I had both had the exact same version of the Chase United Explorer card back in January 2012, which we had canceled in January 2013. Chase is notorious for only giving you the bonus once per card, yet here the system had shown that we had never had Explorer card, and were thus eligible for the bonus again.

We quickly applied on the spot, and confirmed the bonus with the phone representative, who also said we were eligible to get another 5000 by adding another person to our Explorer card accounts. Boo-yeah!

We then both applied for the 50,000 mile business card, using an online version of the application I found via this flyertalk thread. My application was accepted, but not Mrs. Selfish’s – so we ended up transferring in the remaining 65,000 miles from our Chase Ultimate Rewards account.

I’m pretty excited for our Turkey and Tanzania adventure. After our brief time in Morocco, I came away enchanted with Northern Africa – the sights, sounds, and food were something straight out of a movie.

Turkey feels like it will be a completely different experience, but given how much Mrs. Selfish and I love Turkish food, I know we’ll at least be good on some fronts there. I’m also looking forward to the potential scams we’ll face, and haggling with store merchants (man, I hope it’s a haggling country!).

Tanzania, is a bit of a mixed bag, however. While I’m excited about the prospects of a safari, I’m a little leery of the butt-in-seat time that comes with 8 days in a car. Still, it should make for a cool once-in-a-lifetime experience, and fuel our ever growing obsession with photography.

So what do you guys think?

Has anyone been to Istanbul, or been on a safari? Any tips before we head out next month?

8 thoughts on “Heading to Turkey and Tanzania!”