This is the seventh of twelve posts on our safari in Tanzania. Check out our other posts here:

Confession time: I’ve never been into small animals. This has been a reoccurring problem when scuba diving as dive masters seem particularly excited to point out a seahorse, or nudibranch, or other tiny animal.

I get that they’re rare and I can see why people like them, but they just don’t do it for me. Where are the sharks, turtles, manta rays, whales?

Similarly, while I enjoyed seeing antelopes, dik diks, and wild dogs on our safari, what I really wanted to see was a lion. And man did I ever get my wish at Ngorongoro Crater.

So close you can touch him!

The Ngorongoro Crater is the largest inactive caldera in the world at roughly 100 square miles, and is one of the 7 Natural Wonders of Africa. On its own the crater is breathtakingly beautiful. 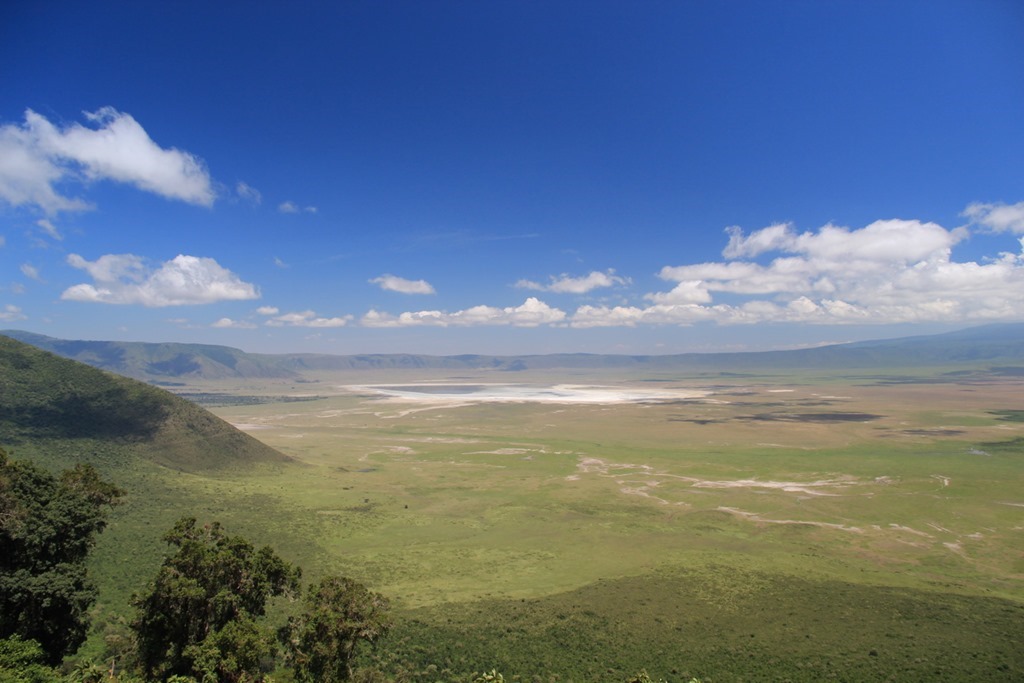 Mrs. Selfish atop of the rim of the crater.

The drive down is no slouch either. The rim of the crater is lined with lush vegetation like the flat top accacia tree.

Driving down we spotted a small herd of buffalo watched by some large birds of prey. 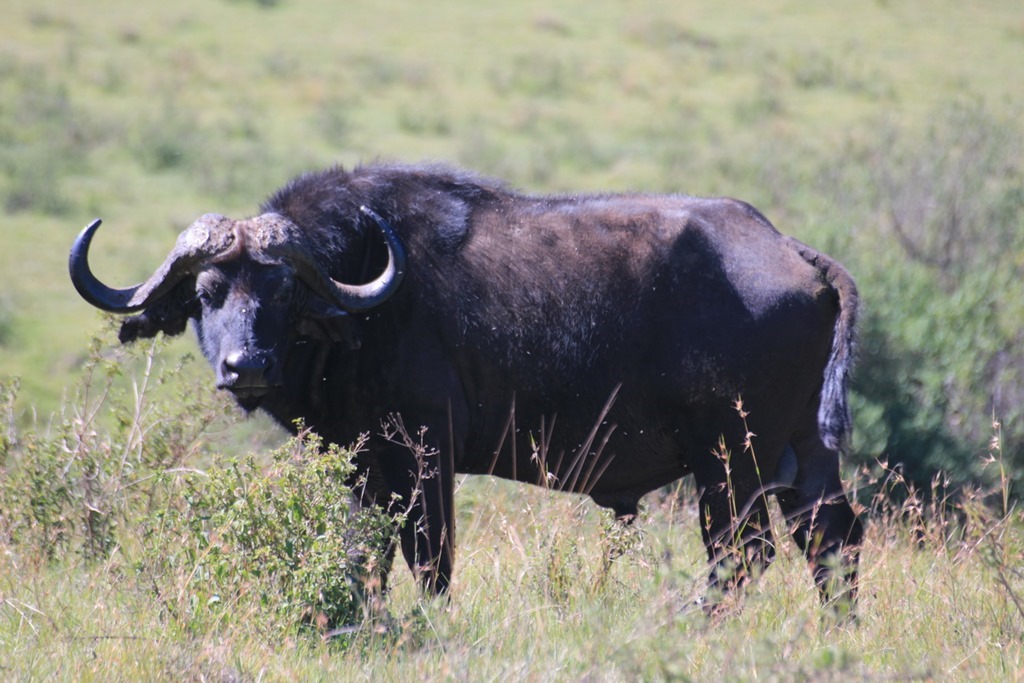 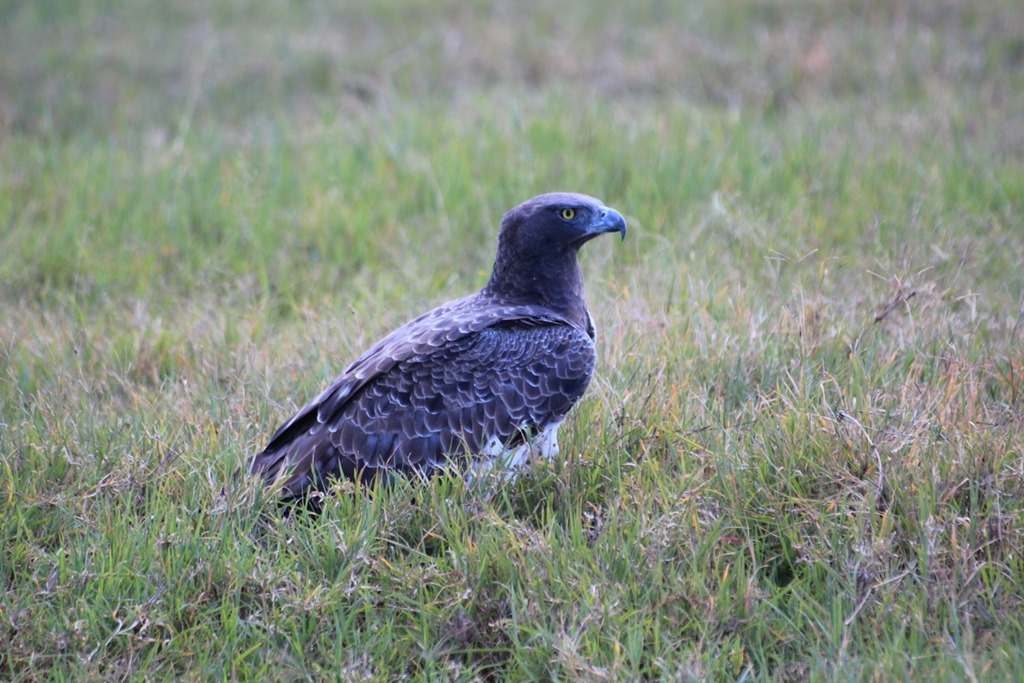 Further down we came upon more members of the great migration. There were so many animals around all just hanging out and grazing together. It was pretty amazing to see them, since in a zoo they’re always separated by fences with teeny-tiny signs to tell you what they are. 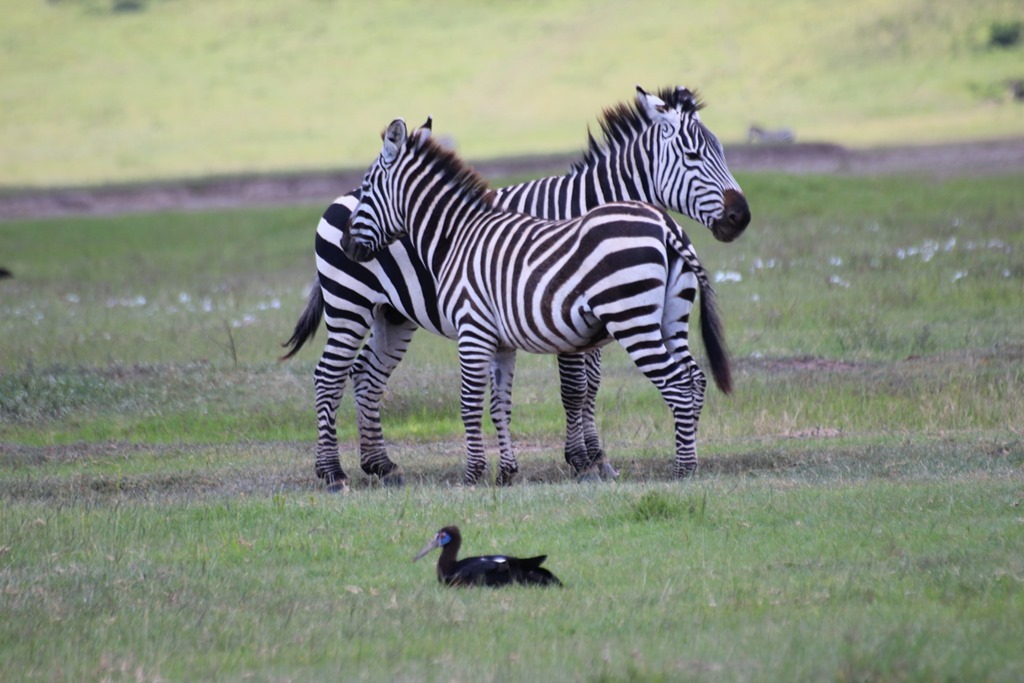 Zebras keeping an eye out for predators. 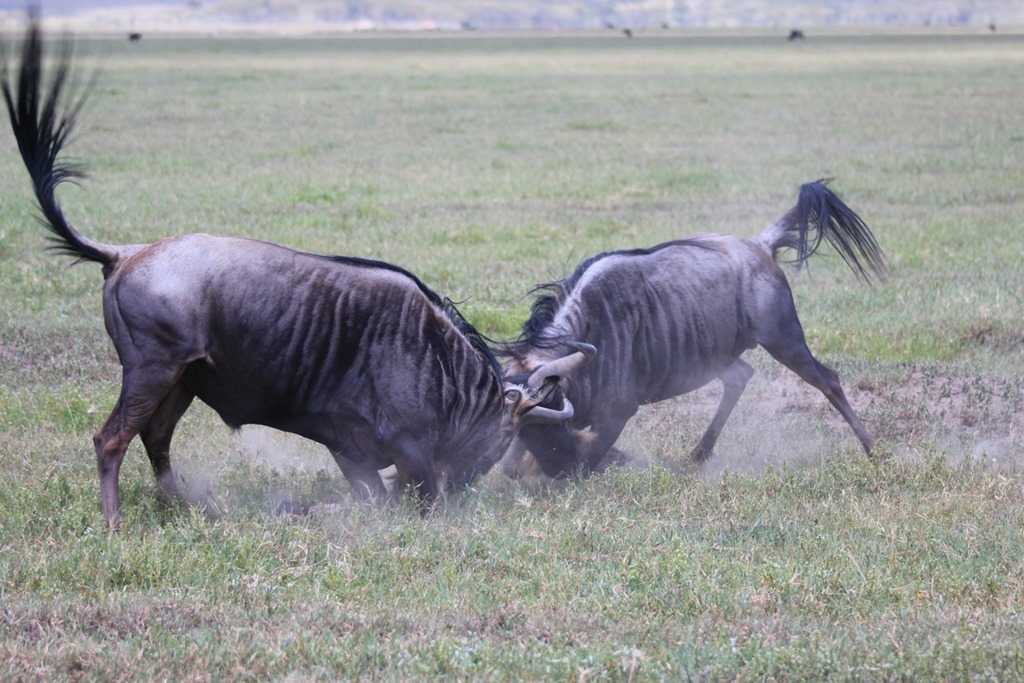 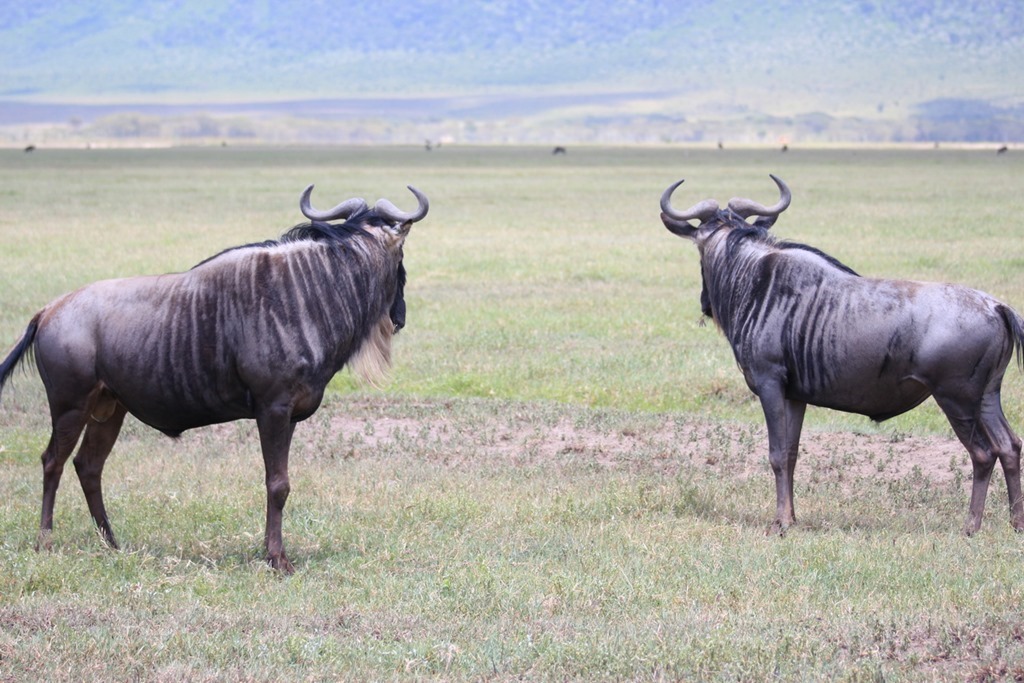 A lone lioness hanging out in the grass.

The Ngorongoro Crater is very popular among tourists, so the animals are used to Landrovers. In many cases we were literally close enough to touch them if we just leaned out the window. Like this Thompson’s gazelle. 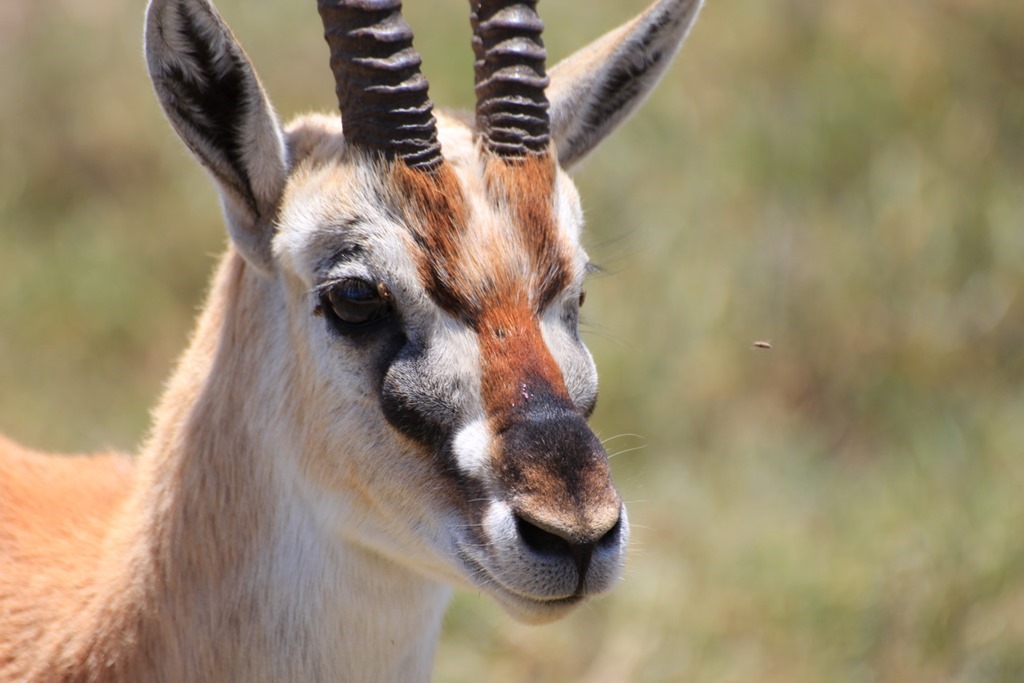 About 3 hours into our drive around the crater, our guide Francis suddenly noticed a flurry of activity around the center of the caldera. There was a male lion next to the road! 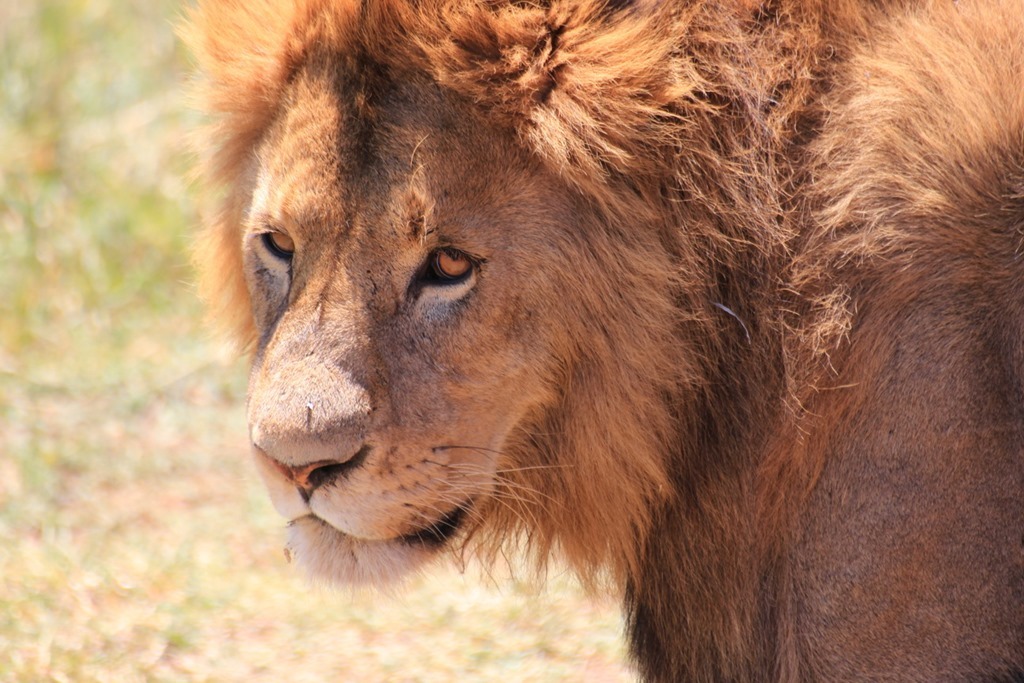 Feeling tired (or perhaps overwhelmed by the excitement of the crowd), the lion decided to get up and wander among the Landrovers. At one point he was just outside my door – I could have rolled down the window at swatted him with my hand… if I’d felt like losing it. 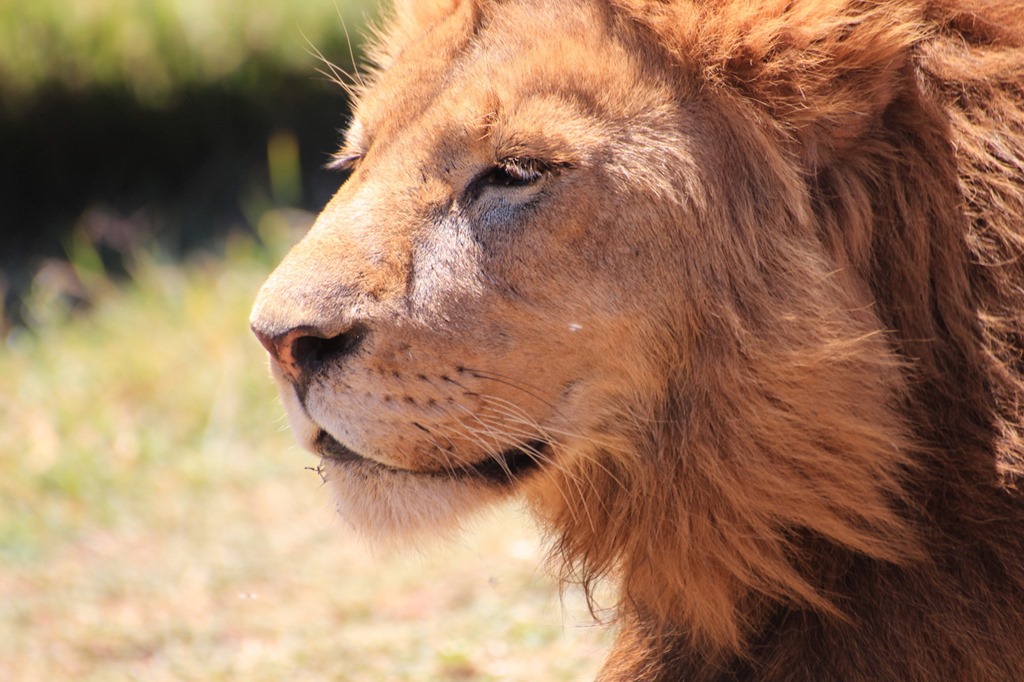 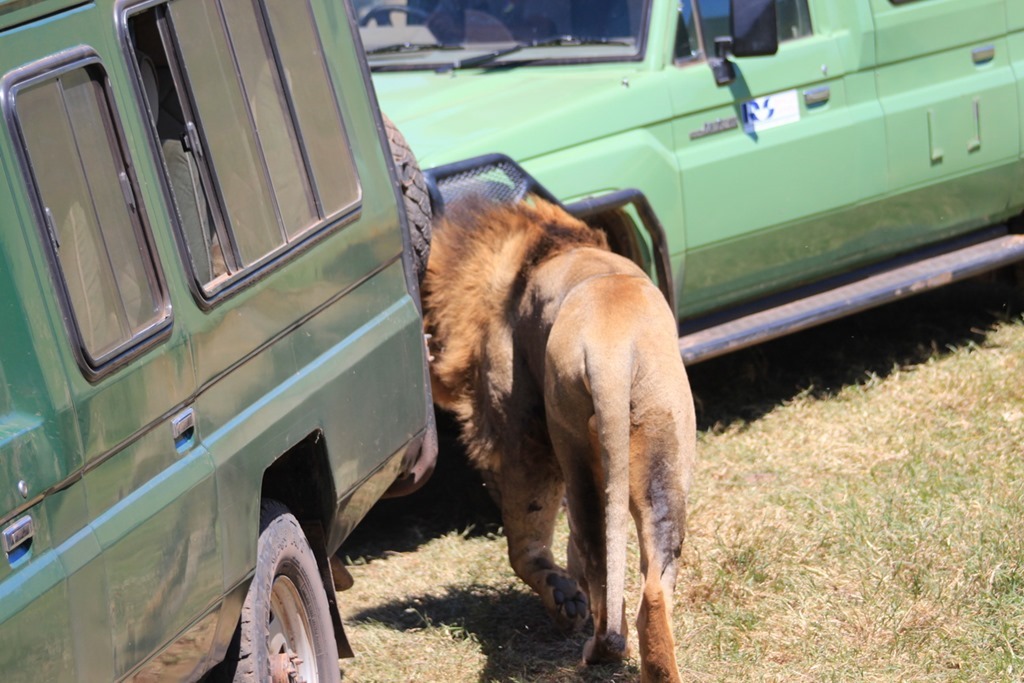 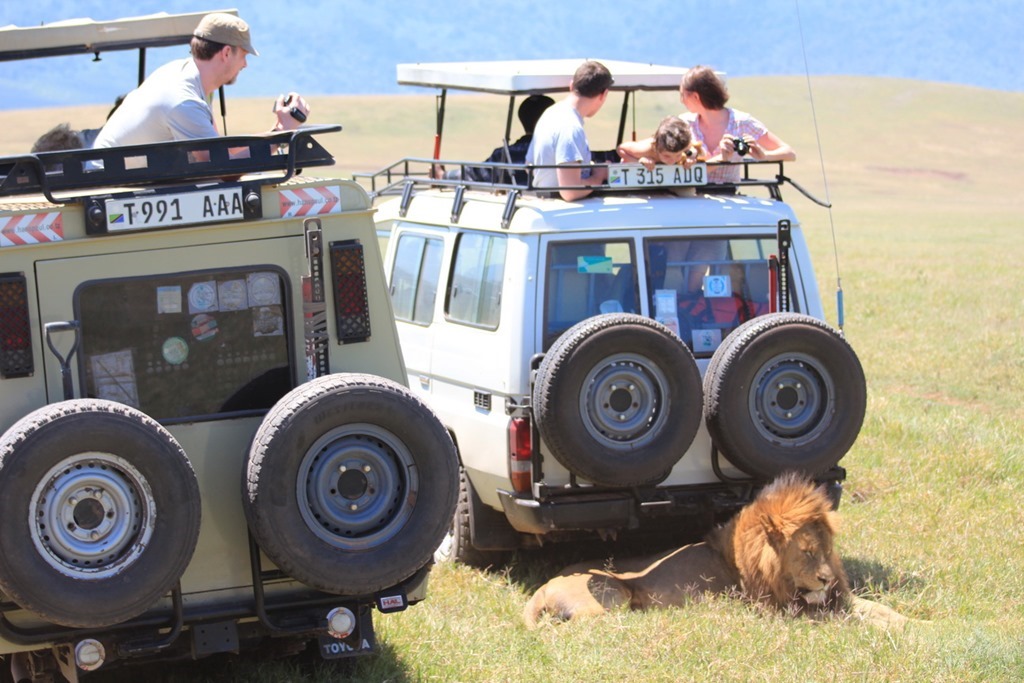 Our guide thought the lion was nearby because he had been bested by another male, who was about to mate with a lioness. Sounds pretty humiliating – especially when you’re surrounded by tourists! 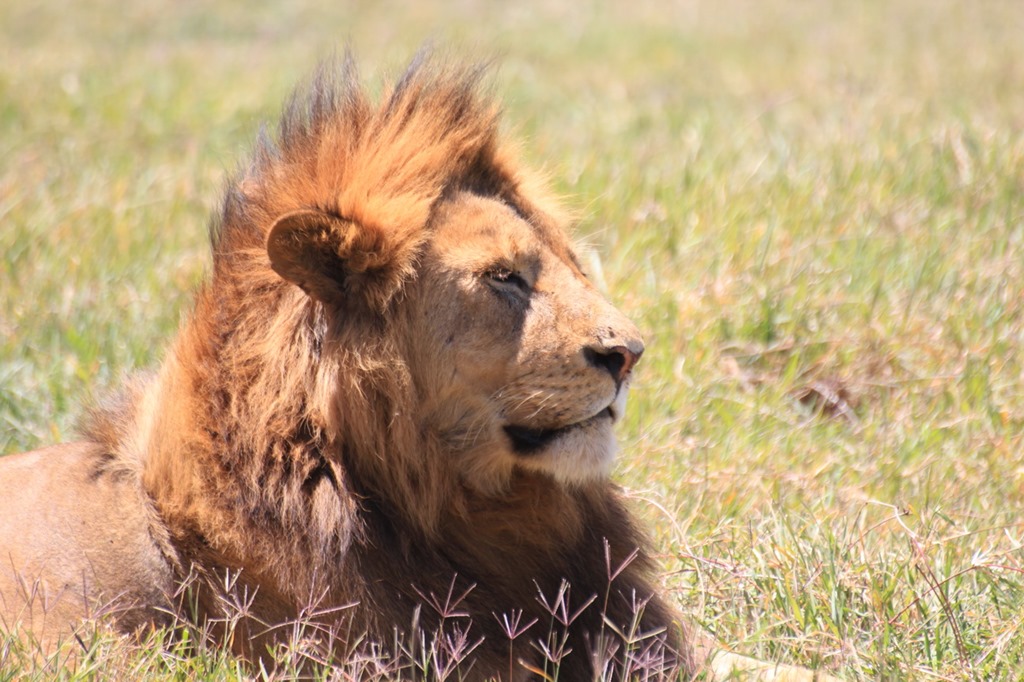 Sorry buddy, you’ll have to fight harder next time.

After the excitement of the lion, our guide took us down to a small lake at the caldera of Ngorongoro Crater. The lake had bathroom facilities, so is a pretty common hangout for tourists – and hippos. 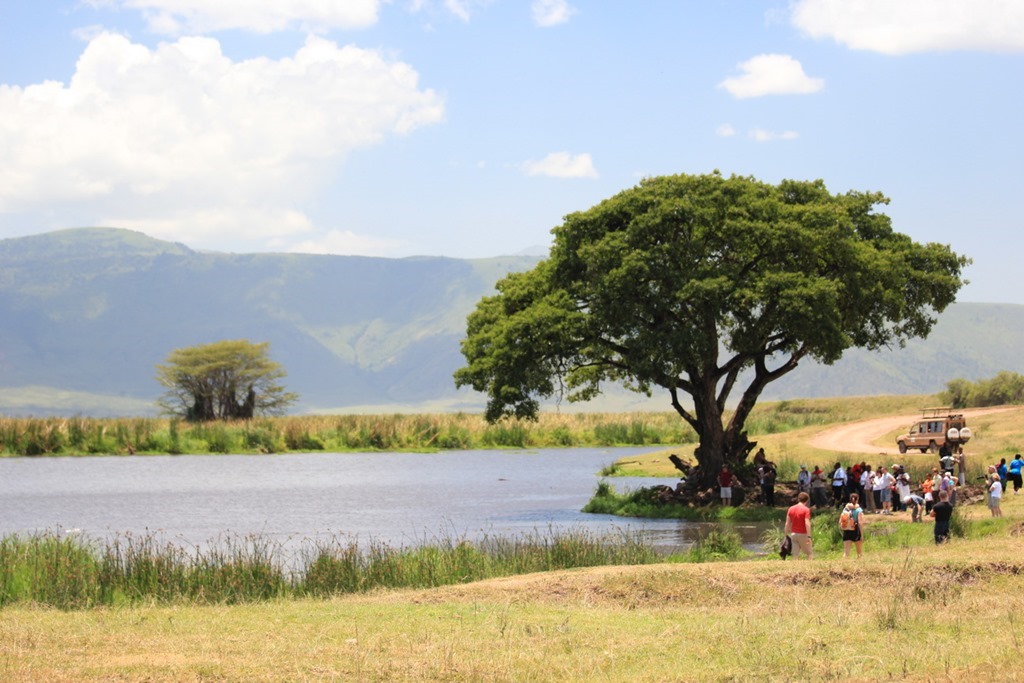 Join us tomorrow as we head for the Serengeti National Park.