This is the tenth of eleven posts on Taiwan. Check out our other posts here: 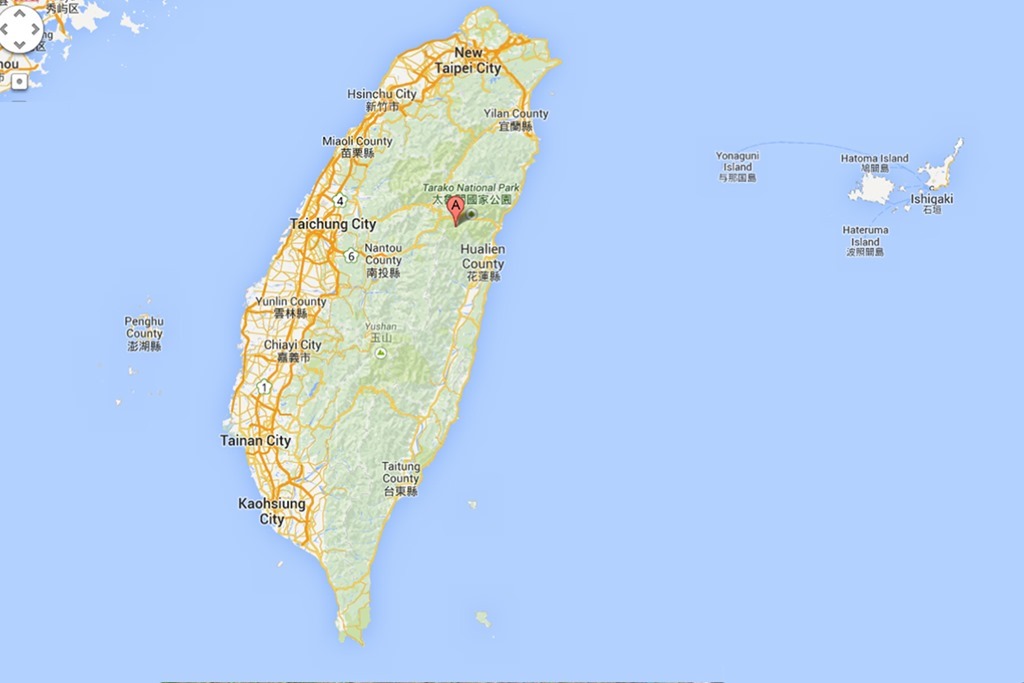 One of Taiwan’s premiere natural tourist attractions, the park is named after it’s magnificently large gorge. While the gorge itself is quite beautiful, it is also quite dangerous. When we were there several of the trails were closed due to rock slides, which is apparently a fairly common occurrence.

Totally worth the (slight) risk, however. Check out the views!

After taking a train to Hualien Station, Mrs. Selfish and I caught the local train, heading north. Only a few stops later, we reached our destination, Xincheng Station – the closest stop to Tailuge National Park, which is located on the outskirts of Taroko Gorge National Park.

The park has a bus, but it comes infrequently and the park is huge. Since we had a limited amount of time we ended up hiring a cab for the day, which came to ~$120 USD. A bit expensive, but then again the park itself is free!

Our first stop was the visitor’s center to get the lay of the land.

The Taroko Gorge National Park was named by one of the indigenous tribes of Taiwan. Prior to coming to Taiwan I had no idea that there even was such a thing. Well there is… kind of.

While 98% of Taiwan is a mixture of Han Chinese, the remaining 2% is made up of the aboriginal tribes that actually call Taiwan home. There used to be many more of them, but the Japanese killed quite a number when they occupied Taiwan during WW2. Craziness.

Ours heads packed with knowledge, Mrs. Selfish and I headed for our first walk of the day.

The first hike we did was by far the most beautiful. The walk takes roughly an hour and combines stunning natural settings with beautiful Taiwanese shrines.

You start the walk in a small car park, which will likely be jammed with tour buses unless you go early (we went around 9am, but there were still several buses). From there it’s a quick walk over the bridge and down the trail. 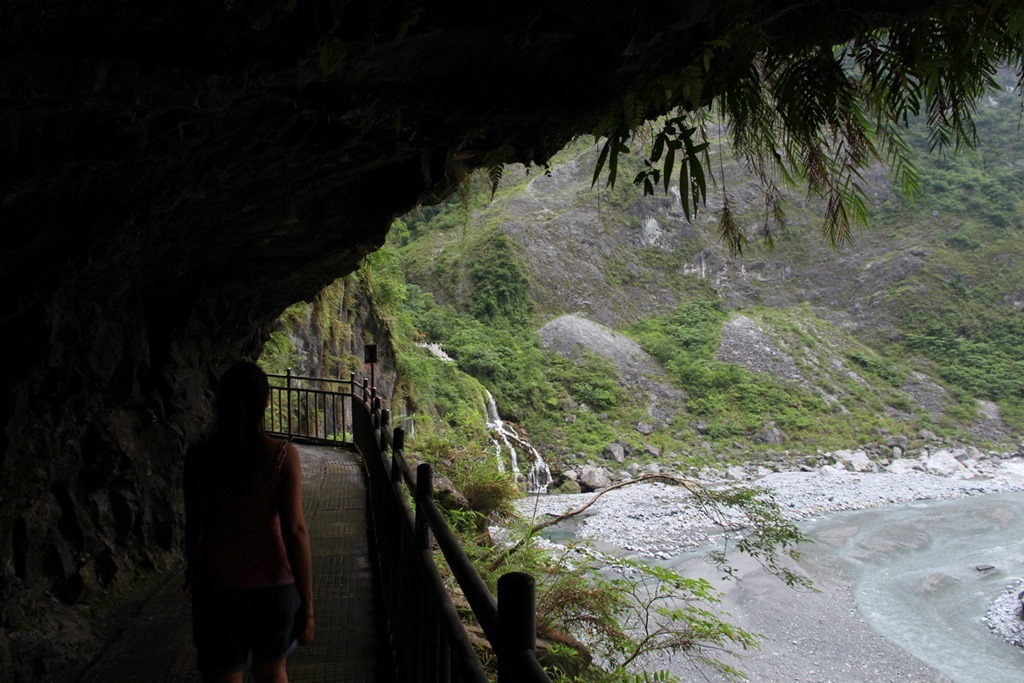 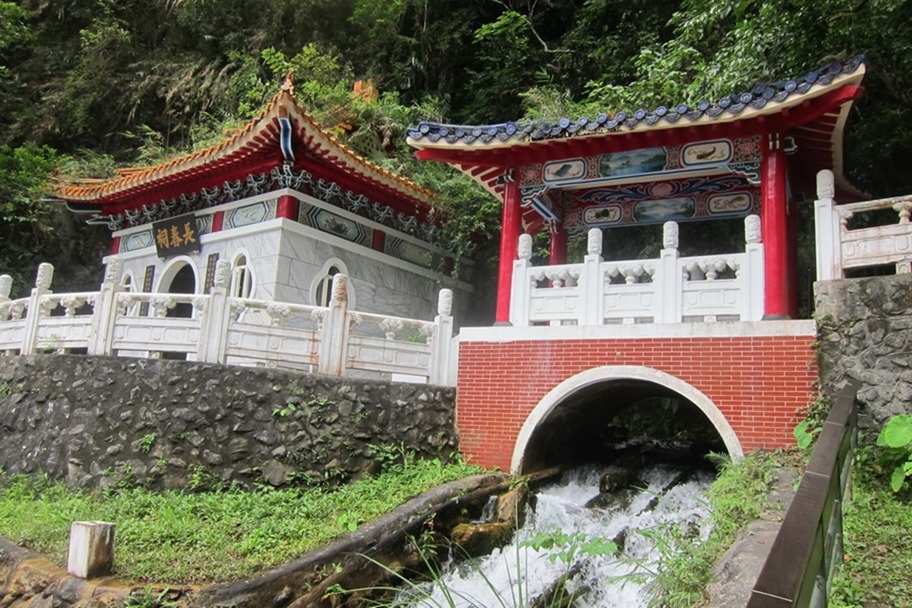 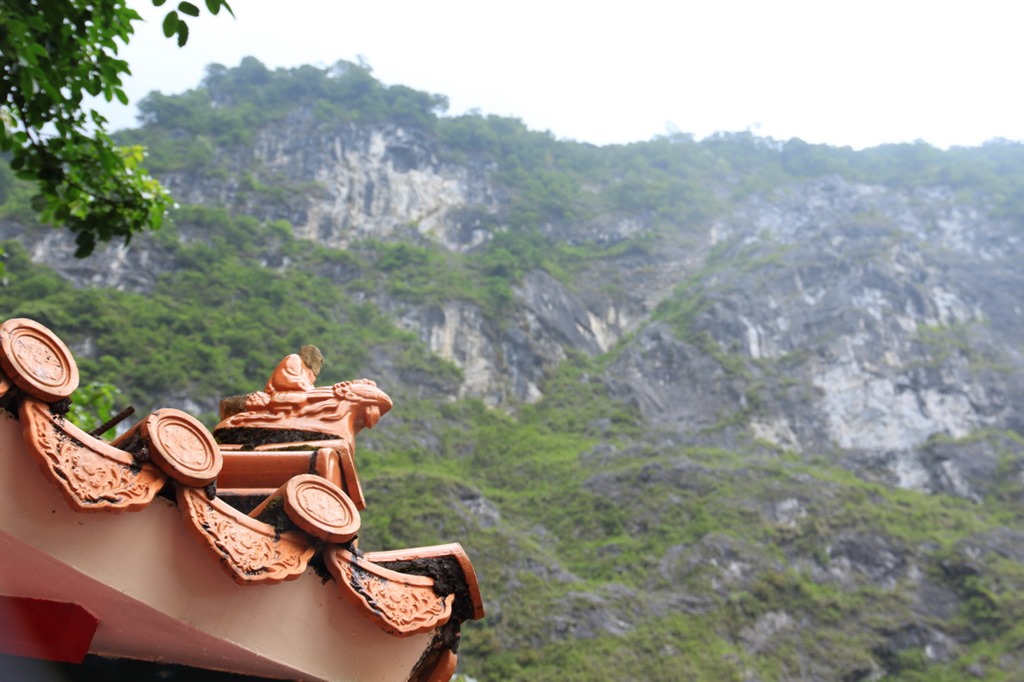 From here the path curves abruptly upward. While it’s a bit of an incline, the walk leads to even more beautiful views. As a side benefit, you’ll lose just about every Taiwanese tourist here and will likely have the path to yourself. The path continues along a cliff, eventually leading you to the bell tower. 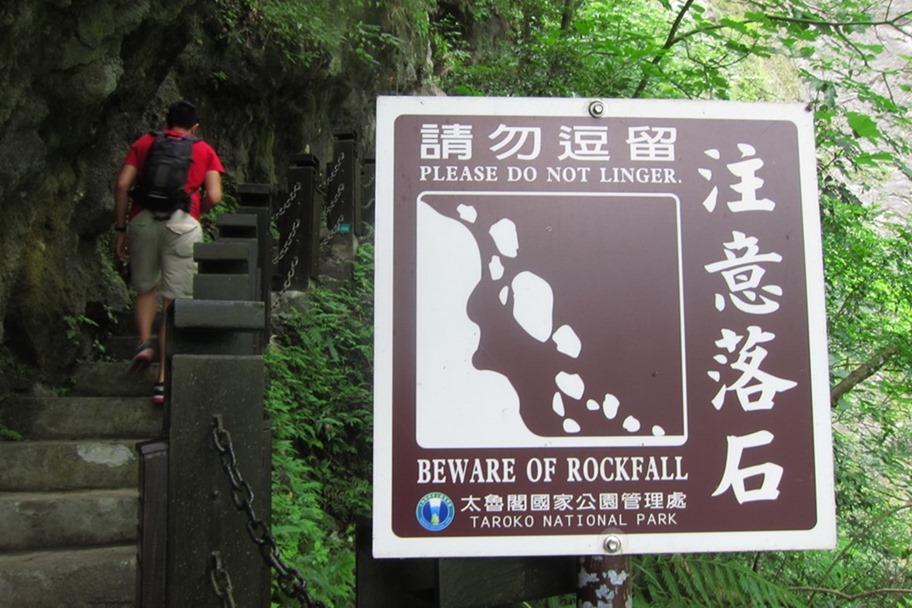 From there you start your descent down toward the Buddhist temple, crossing a sweet rope bridge along the way.

From there we hopped back in our taxi and drove to our next stop, Lushui Trail. 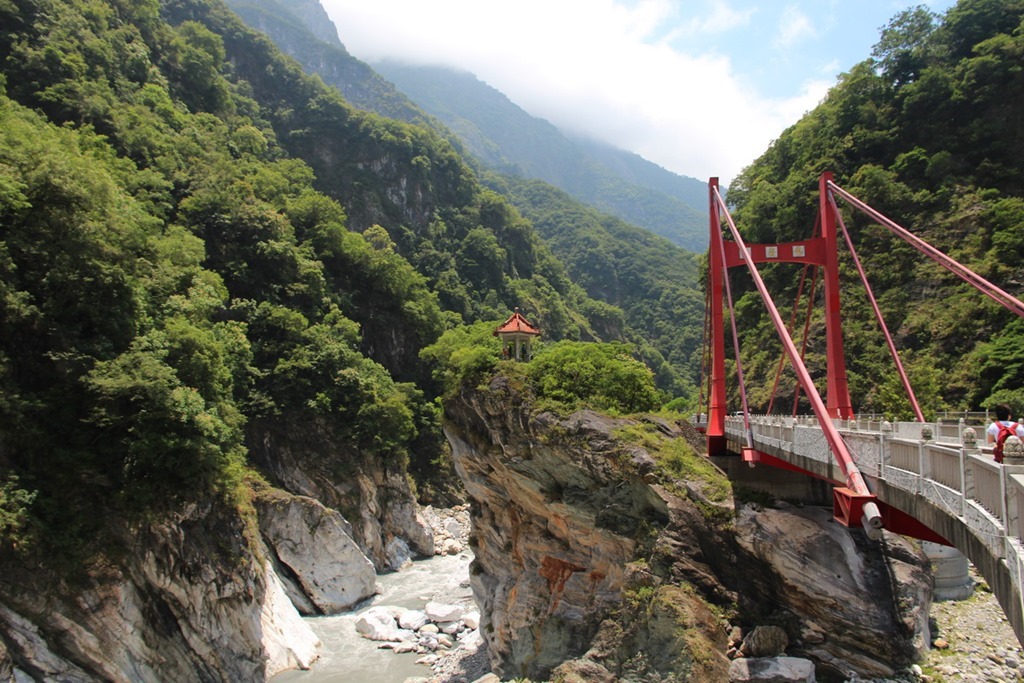 The drive over was beautiful, and we were fortunate enough to catch some sun. Before long we reached the trailhead.

Not quite as popular as the Eternal Spring Shrine, the Lushui Trail starts in the forest, before you walk alongside the gorge itself. It’s quite serene, and short at only 2 km. 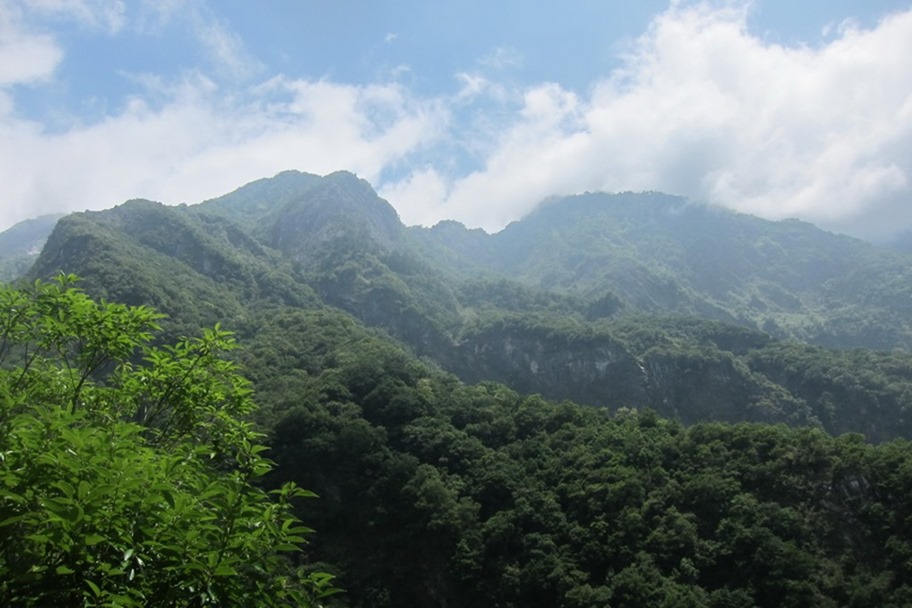 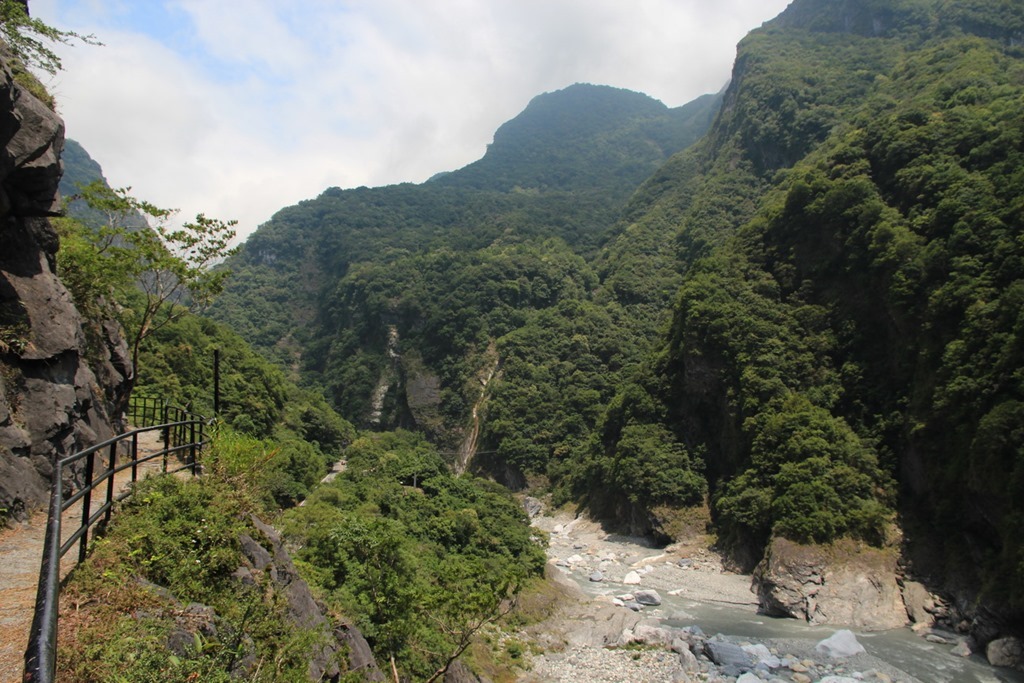 After finishing the Lushui Trail we decided to grab lunch and take a short walk up to the Hualien Taroko Gorge Temple in the town of Taroko. This is definitely more of a walk than a hike, but the views from the top of the temple were spectacular. 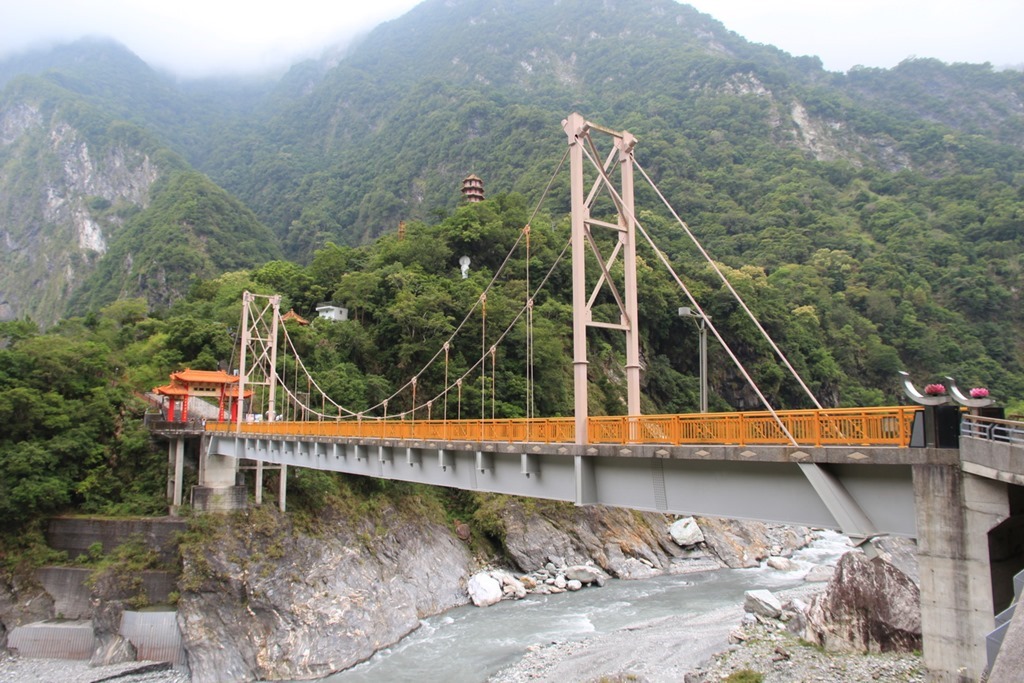 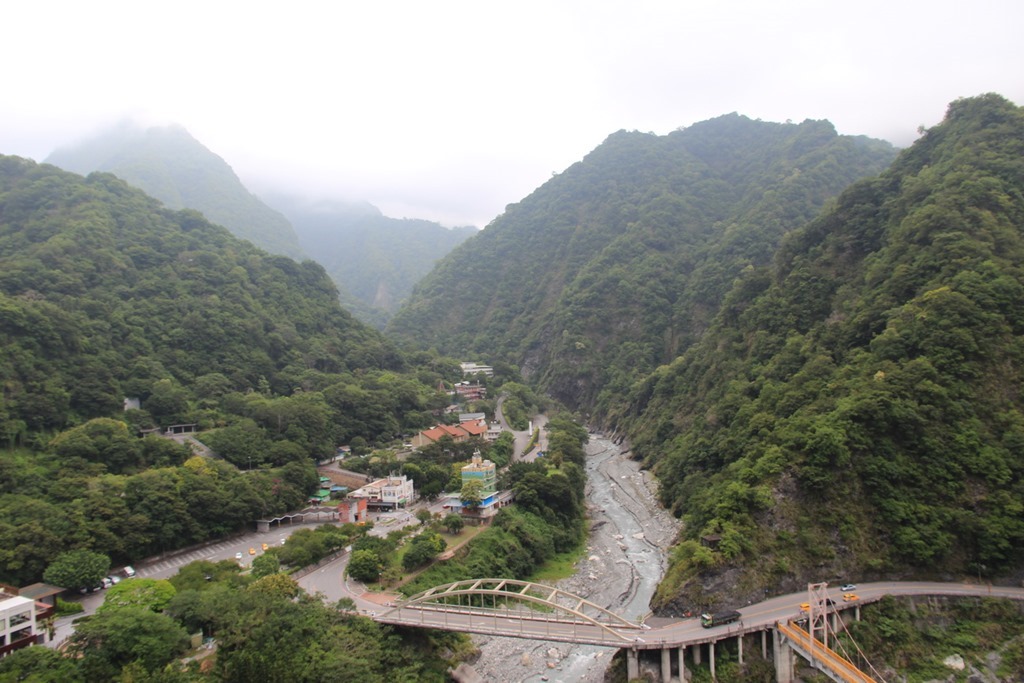 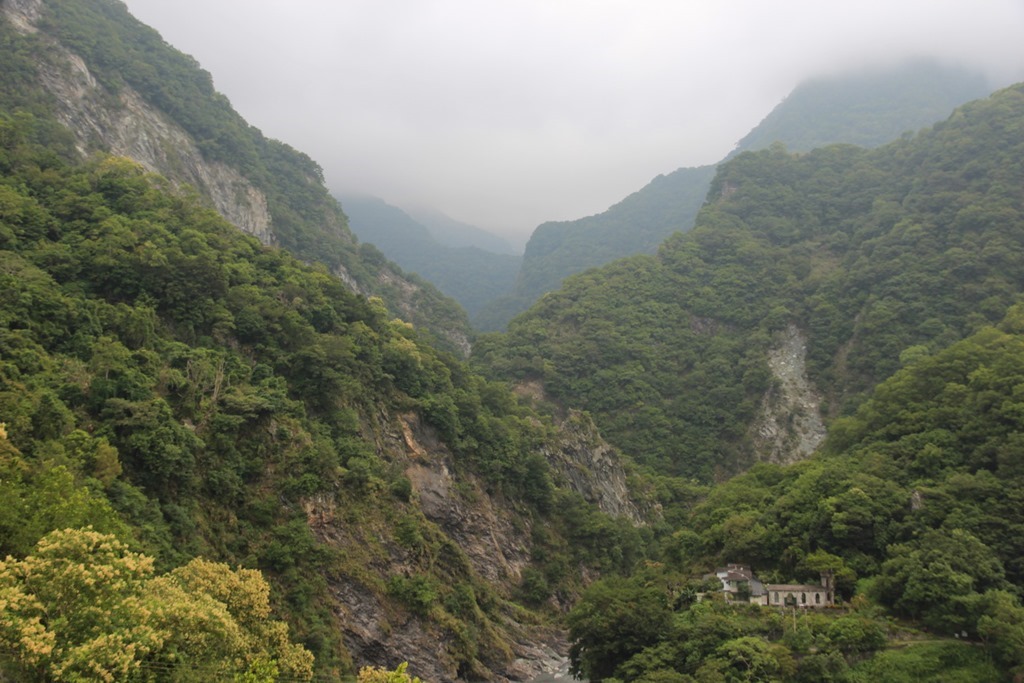 And that’s it for Day 1 of Taroko Gorge. Join us tomorrow when I’ll talk about our last day in in Taroko Gorge and Taiwan. After that we’ll jump on a plane bound for Greece on the other half of this crazy trip!