This is the final post on Taiwan. Check out our other posts here:

While the Eternal Sunshine Spring was my favorite walk in Taroko Gorge, there was still tons to see in the area. Unfortunately, many of the walks, including the popular Swallow’s Grotto, were closed due to recent rock slides. Still, there was plenty to see.

The Baiyang Waterfall Trail was one of the longer trails we hiked in Taroko Gorge, and took roughly an hour and a half to complete. The walk is very easy, and affords you some nice views along the way.

The entrance to the park is located by the road, and starts with a very long walk through a man-made tunnel. 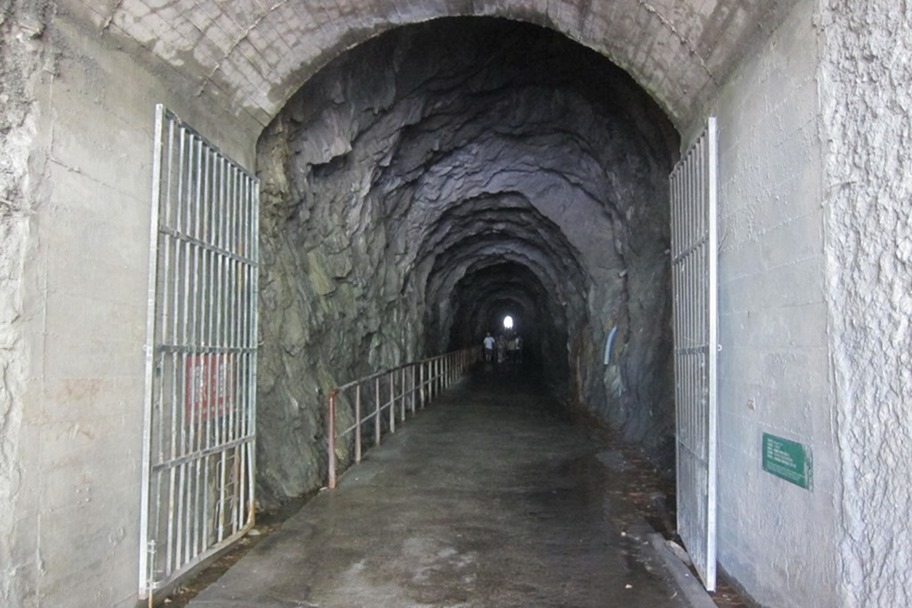 Emerging on the other side, we found ourselves on a beautiful rocky path, bound for the waterfalls. While the path was pretty popular, we still managed to spot a monkey who was completely unphased by all the gawking tourists.

The walk continue for another kilometer or so. After passing through a series of small tunnels we finally ended up at the bridge near the Baiyang Waterfall. 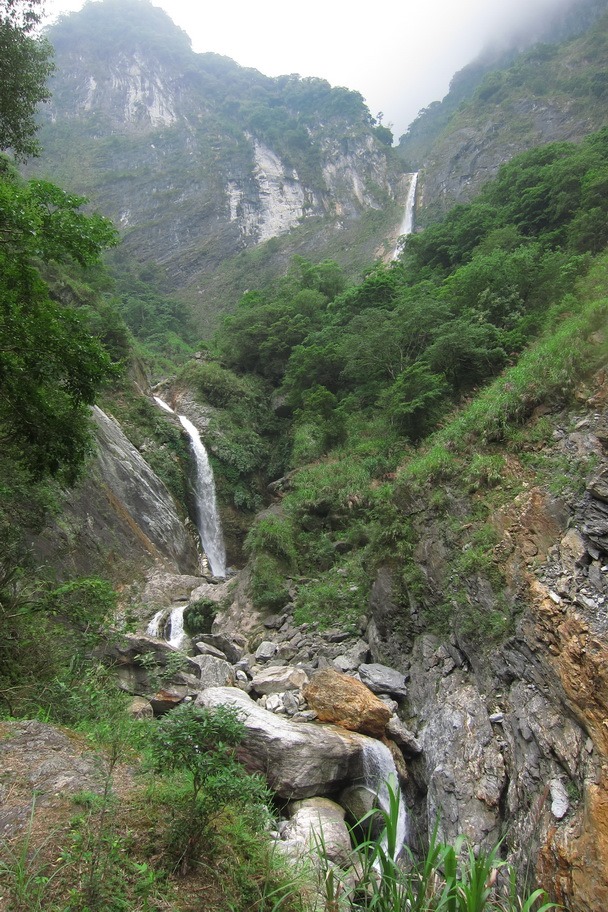 Pretty nice. From there we continued a few more minutes to the magical “mountain cave water curtain.” The cave was accidentally created when workers drilling a tunnel for the new hydroelectric plant accidentally opened a hole into a nearby aquifer.

As a result, water streams out of the ceiling of the cave continuously. To get in, you’ll either need an umbrella, a poncho, or both. Somehow my camera made it intact!

Stopping at the hot springs

Our next stop was a small trail which lead to some natural hot springs. The trail is an easy 500m down with nice views of the river. There’s even a bathroom on the way.

At the bottom of the trail were the hot springs themselves. While I’m normally all gungho for some hot-springin’ it was 83+ degrees, so jumping in 130+ degree water wasn’t in the cards. That didn’t stop some locals from going, however! 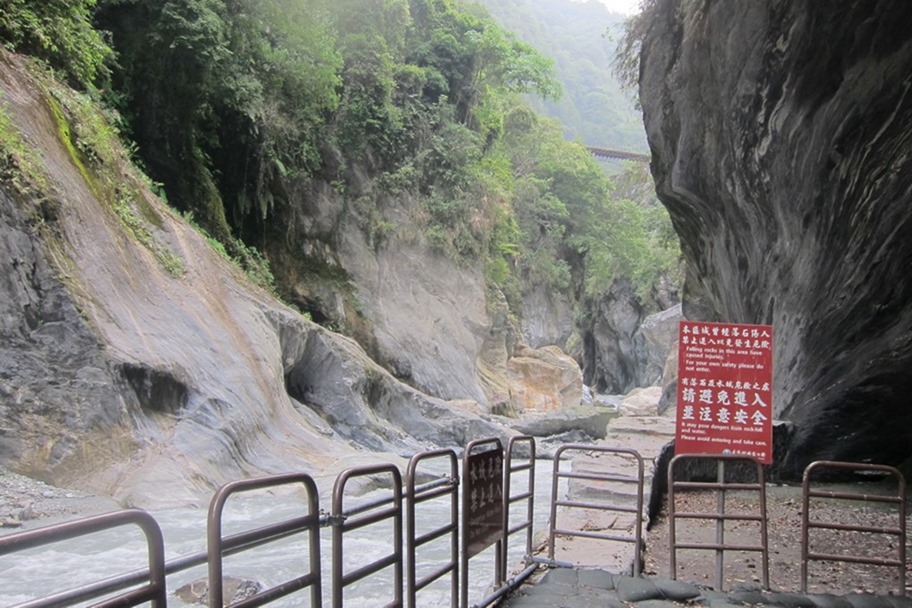 If you do only 2 trails at the Taroko Gorge, I’d recommend the Eternal Sunshine Spring and the Baiyang Waterfall Trail. If you do a third trail, the Shakadang trail is decent though a bit crowded.

The trails starts on a sweet bridge with hundreds of fu-dog style statues. From there it descends quickly to a cliff side path. 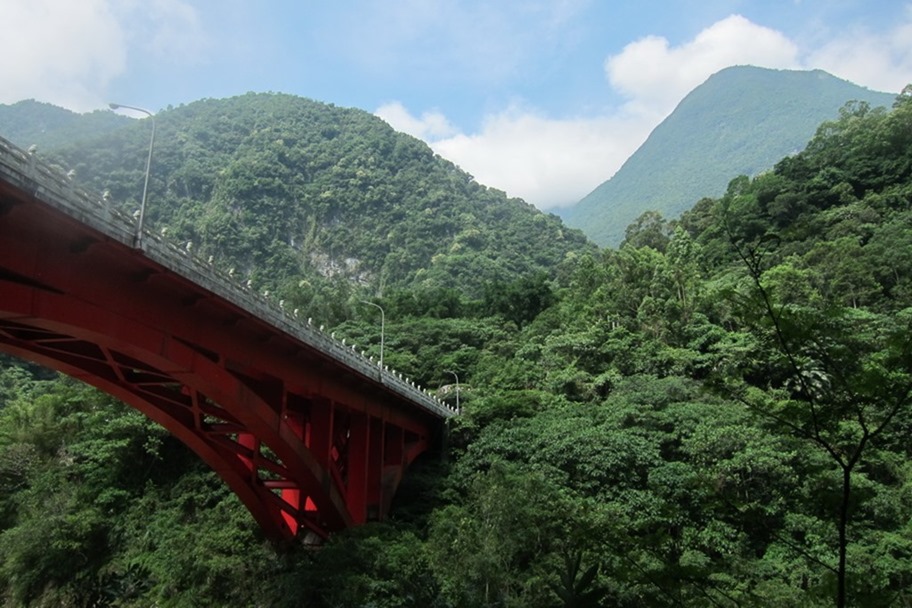 The walk continues for a good 2-3km in this fashion. 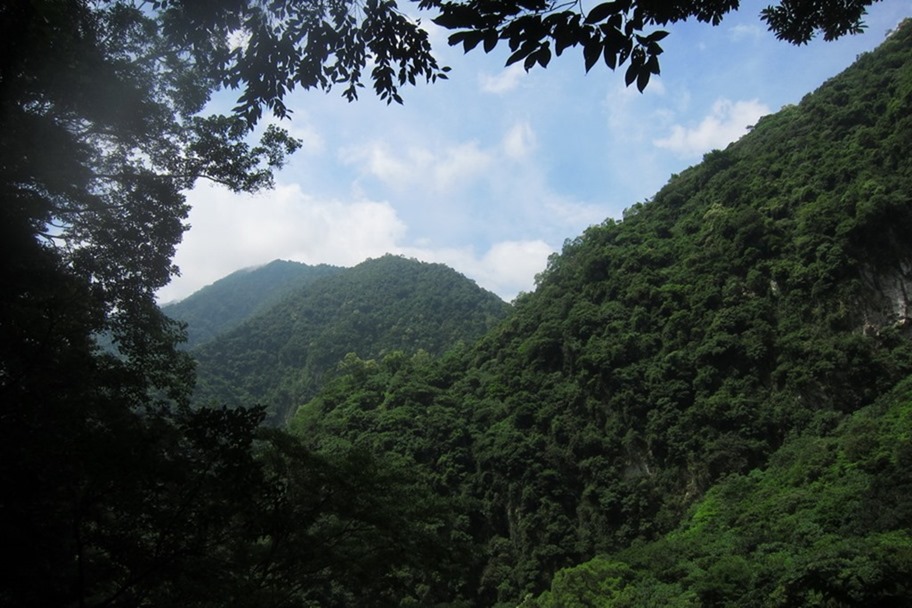 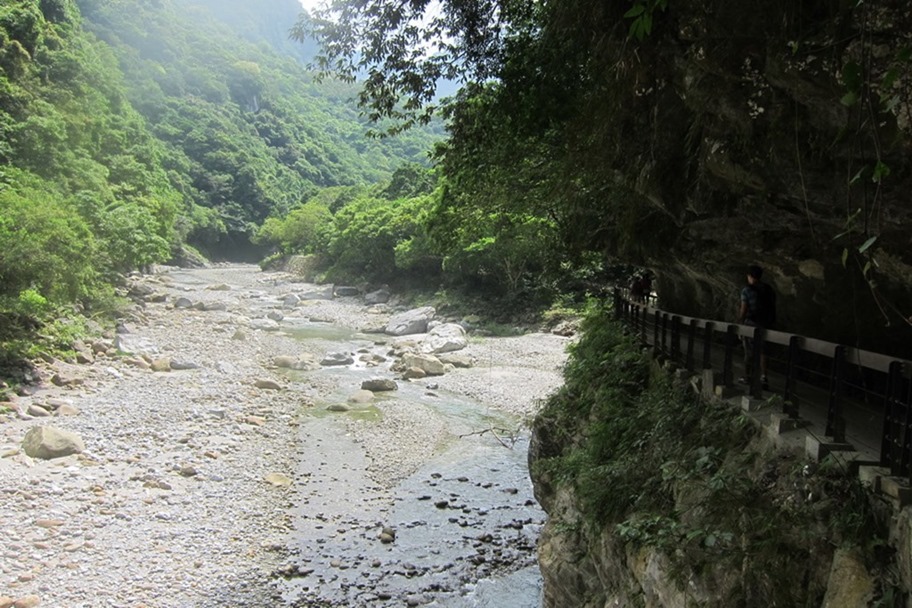 The trail dead-ended at some local stands selling aboriginal merchandise and snacks. We tried to continue further, but the other sections of the trail were close because of… you guessed it… rock slides!

Instead we decided to take epic pictures on the river bed before packing it in and heading back to Taipei. 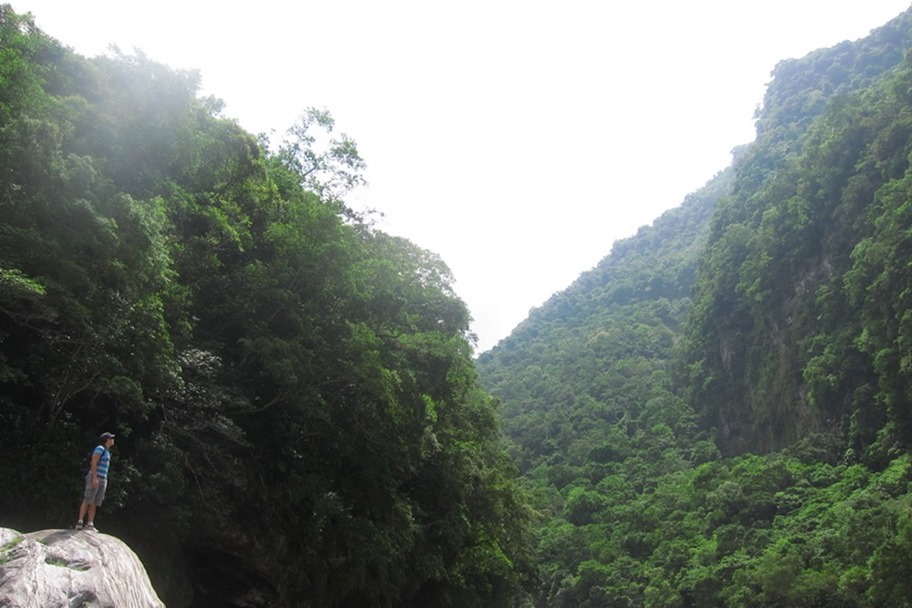 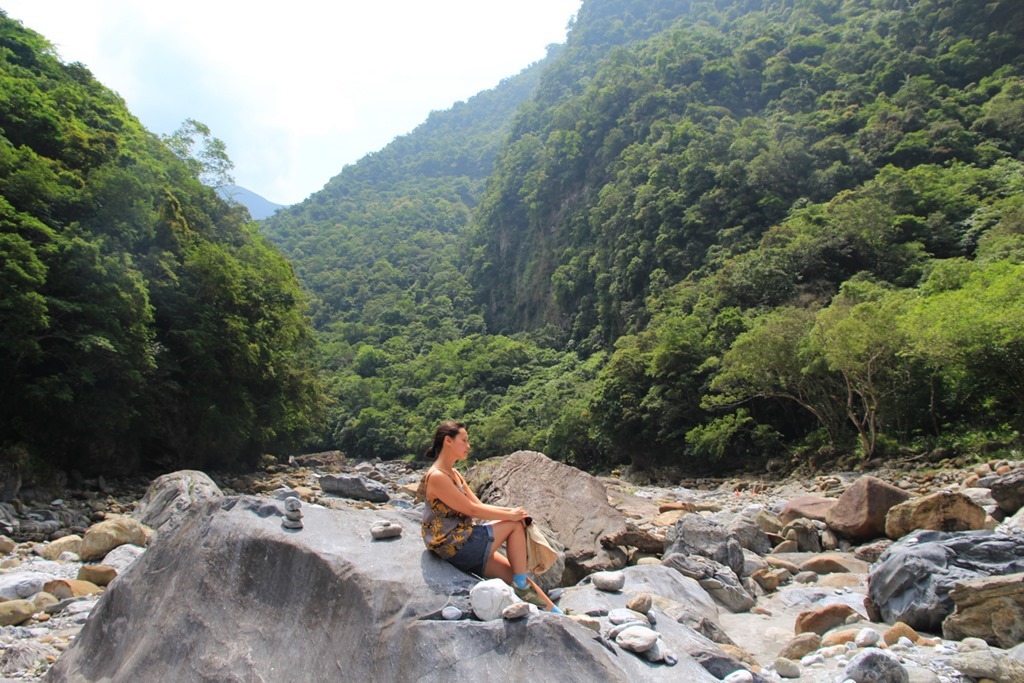 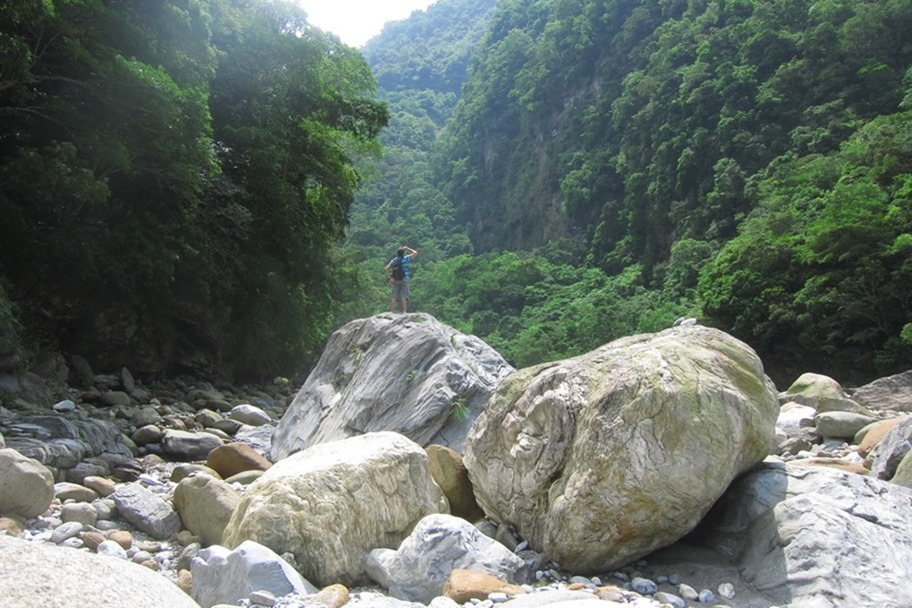 And that’s it for Taiwan! Check back later when we’ll jump on a plane and head for Greece. Yeah, I know, it doesn’t make much sense – but sometimes you have to go where the awards are.