This is post two of sixteen of our summer trip to Greece. Check out our other posts in the series here:

After a busy night in Taipei, and a trip to the best shaved ice place ever, Ice Monster, Mrs. Selfish and I woke up at 4 in the morning and hopped in a cab to the Taipei airport.

A little groggy, we were awakened by our cab driver’s erratic style – namely using the gas and the brake pedals simultaneously. That takes talent.

Unfortunately, Mrs. Selfish’s was starting to experience morning sickness, so we were more than happy to exit the cab 30 minutes later to start the next leg of our journey: Taipei to Athens by way of Seoul and Frankfurt.

Admittedly, I was pretty excited since we were going to get to try out Asiana first class from Seoul to Frankfurt, a 11+ hour flight.

While the seats were a little dated, the service and food was outstanding! I especially enjoyed eating bibimbap at 30,000 feet – though technically this was probably more like fried rice since the bowl was not a sizzling hotpot, so the rice couldn’t achieve the proper level of crispiness. 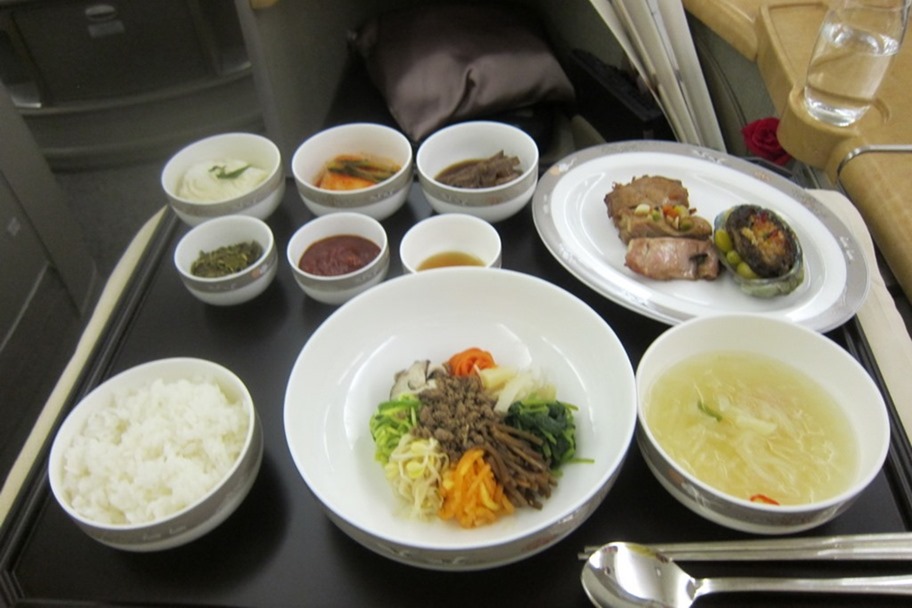 21+ hours of travel later, we arrived at our next stop: Athens.

Getting to the Hilton Athens, and Check-in

Mrs. Selfish and I landed around 10pm and immediately grabbed the closest metro to Athens downtown. 8 euros later and 30 minutes later, we arrived at the Metro-Evangelismos stop, which is only a short 3-minute walk from the Hilton Athens. 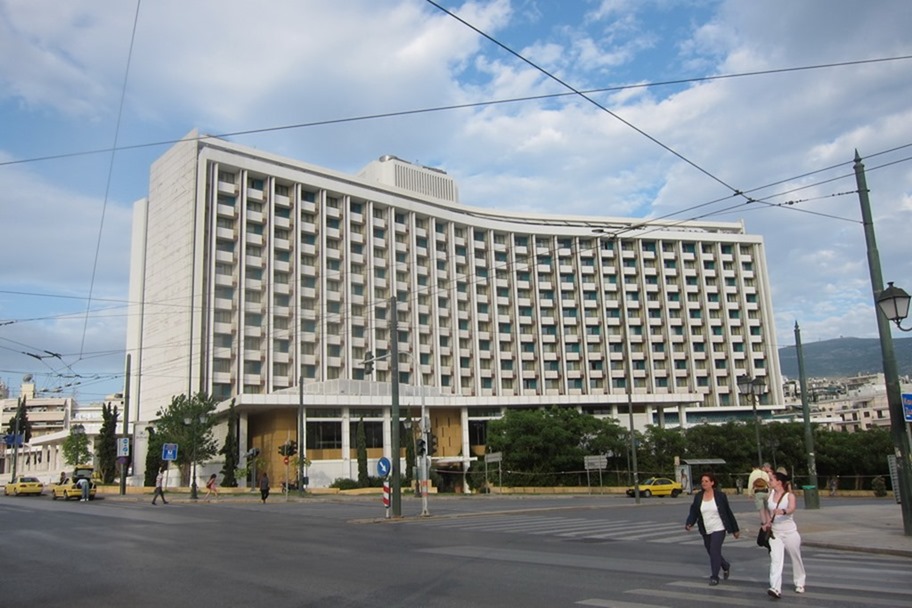 The Hilton Athens is a massive hotel complex with hundreds of rooms, and a conference center. While not centrally located, it is only a short distance away from most of tourist attractions.

Since we were booking in the summer the Hilton Athens, which is a category 6 hotel, ended up costing 20,000 HHonors points + $70 a night.

Thanks to Mrs. Selfish’s gold status, we were upgraded to a King Room with a view of the Acropolis – sweet. The room was pretty nice, and came with a bottle of Greek wine and a bowl of fruit as a gift.

One odd feature of the room was the bathroom, which didn’t have a real wall, but instead had a glass wall separating it from the bedroom. Presumably this was so you could have a view of the Acropolis while taking a bath, but who knows what the architect was thinking?

The bathroom, while hard to photograph, was quite nice with a free standing bathtub and a separate shower.

The best feature of the room, however, was the view.

Breakfast at the lounge

As gold members, Mrs. Selfish and I were granted access to the executive lounge, where we stocked up on snacks and breakfast every morning. While a little on the small side, the lounge is bright and airy.

This being Europe, the breakfast buffet consisted of yogurt, cereal, cold cuts, and a few warm options. Not the greatest, but not too shabby either.

The lounge also had a sweet view of the Acropolis and even a few balcony seats. We managed to grab seats there about half the mornings, and it was always very pleasant to eat with a view of this.

While not as centrally located as some other hotels (like the Radisson Blu or Intercontinental), the Hilton Athen’s proximity to the metro line and distance from main tourist attractions make it a solid option.

Couple that with an awesome view of the Acropolis, and a cheap option to the airport and this was a no brainer for us. Especially since we were able to get a room with a view for only 20,000 HHonors points + $70, as opposed to the 239 euro rate that was being offered.

1 thought on “Acropolis for Breakfast: Staying at the Hilton Athens”