This is post four of sixteen of our summer trip to Greece. Check out our other posts in the series here:

Having recently eaten our way through Taipei, Mrs. Selfish and I were finally getting tired of Asian food, a rare feat in the Selfish Household. Fortunately, we were now in Greece and I was hungering for some Greek food.

Pitas! Gyros! Lamb! Feta! Baklava! Actually, that’s about all the Greek food I knew going in.

Apparently our offerings of Greek food Stateside are very weak and consists almost entirely of gyros, which is like going to a sushi restaurant and declaring you know Japanese food. We just don’t get the breadth of Greek food in the good ol’ USA.

Fortunately, Athens has a wide variety of Greek food types, so we set out to expand our palettes.

Munching down at Manh Manh

Described by a friend as a 4-star restaurant with 2-star prices, Manh Manh is a contemporary Greek restaurant located on Falirou 10, street, just South of the Acropolis Museum.

The food here is reasonably priced (20 euros for 2 people for lunch, and 33 euros for dinner), fresh, and delicious. We liked Manh Manh so much we ended up eating here twice. Once for lunch, and second time for an early dinner.

Here are a few things we ordered:

A Greek specialty, Fava beans are pureed then topped with Olive oil, herbs, crostini and a caramelized diced onion chutney. Savory, slightly sweet, and very smooth. In the same family as humus, but a completely different flavor. 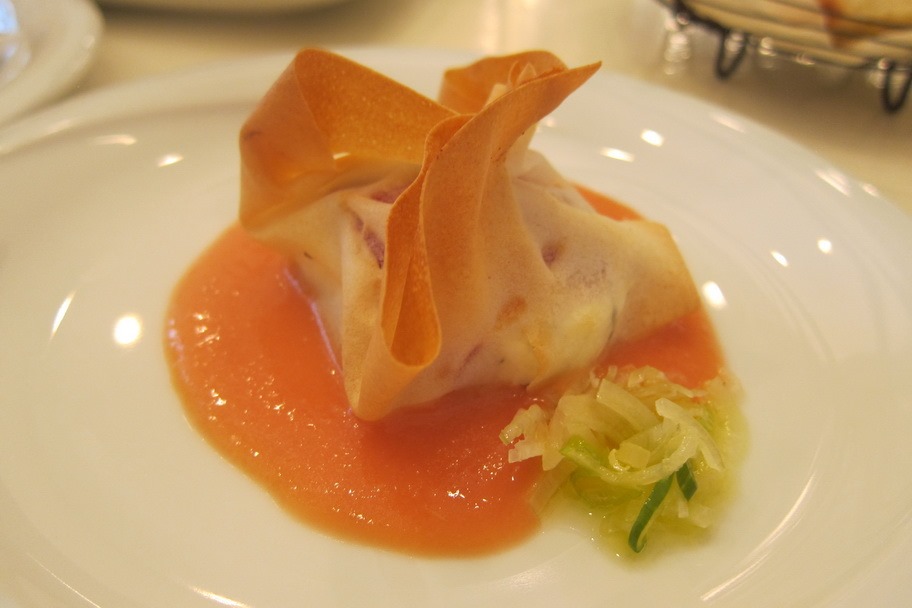 Oh man, this was an unexpected treat. Philo dough is stuffed with pastrami, almonds, red peppers, and goat cheese and folded into a samosa-type shape then served on a tomato sauce. Creamy, meaty, crispy – one of my favorite things.

Orzo with 4 types of mushrooms

Served with a “greek biscuit” the orzo dish was probably one of the best I’ve ever had. Creamy and earthy, the spices were on point. Mrs. Selfish and I briefly contemplated licking the plate clean. I kind of wish we had now. 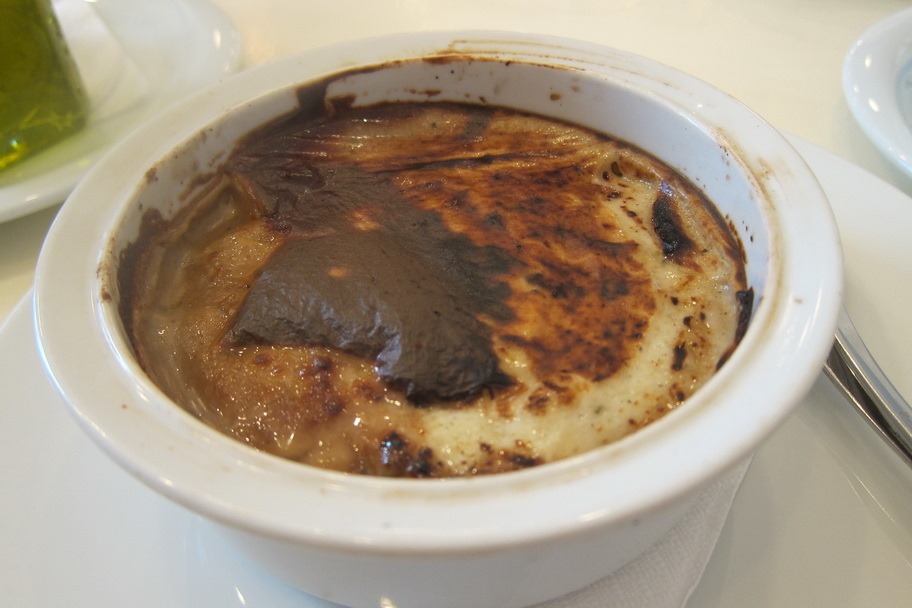 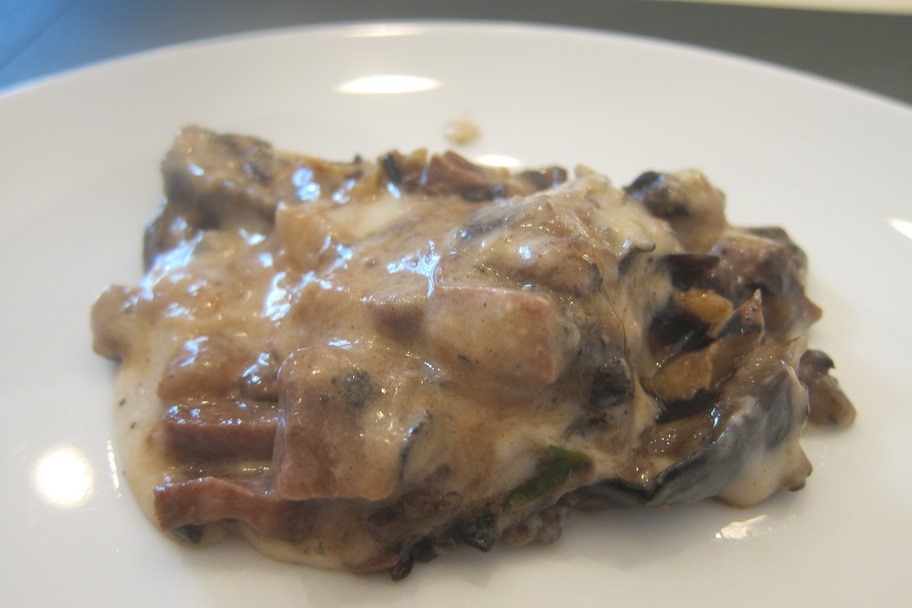 Moussaka – baked eggplant with meat topped with a savory custard.

I typically have an aversion to eggplant, thanks to an early childhood experience with eggplant parmesan. Fortunately, I have overcome this fear thanks to eating healthy portions of Moussaka. Almost like a lasagna, minus the pasta – heaping portions of eggplant and meat, layered with tomatoes, onions, herbs and spices and topped with a custard. This was excellent. 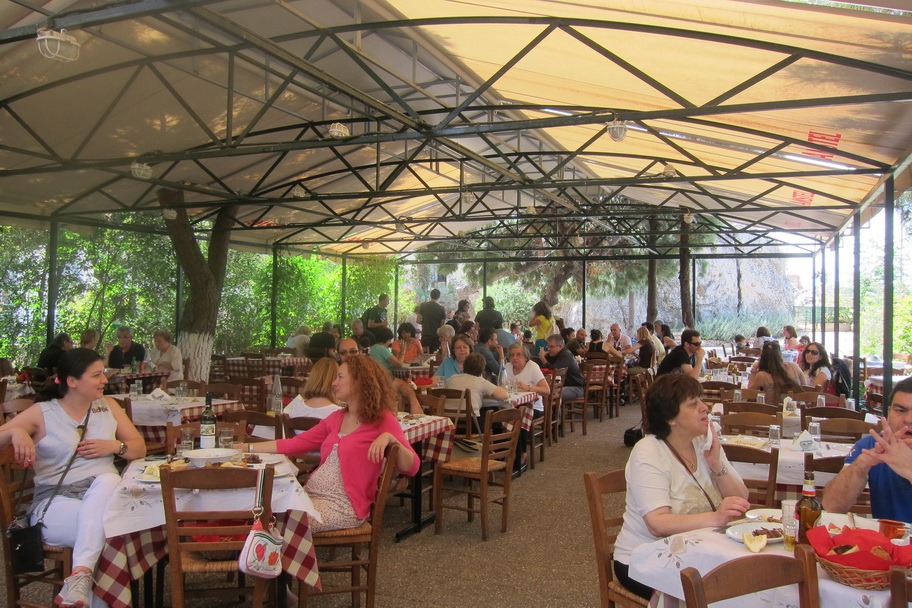 Next we headed to To Steki Tou Ilia, located just Northwest of the Acropolis on Eptachalkou 5.

Since it was a nice day we opted to eat outside under the tents. We ordered a cucumber salad, some more fava puree, and a half kilo of paidakia, or greek lamb chops.

The cucumber salad was basic, but incredibly fresh. I cannot underscore how fresh and sweet the tomatoes were. They basically made the ones you find at Safeway taste like sawdust. 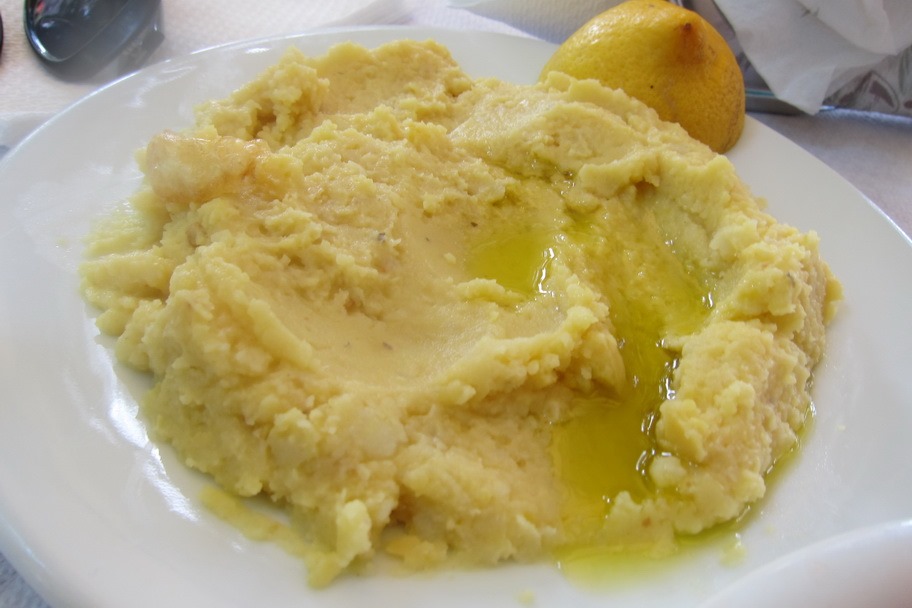 The fava was good as well, though more traditional than the one we had eaten at Manh Manh. We squirted it liberally with lemon and devoured it with a nice side of crusty bread. 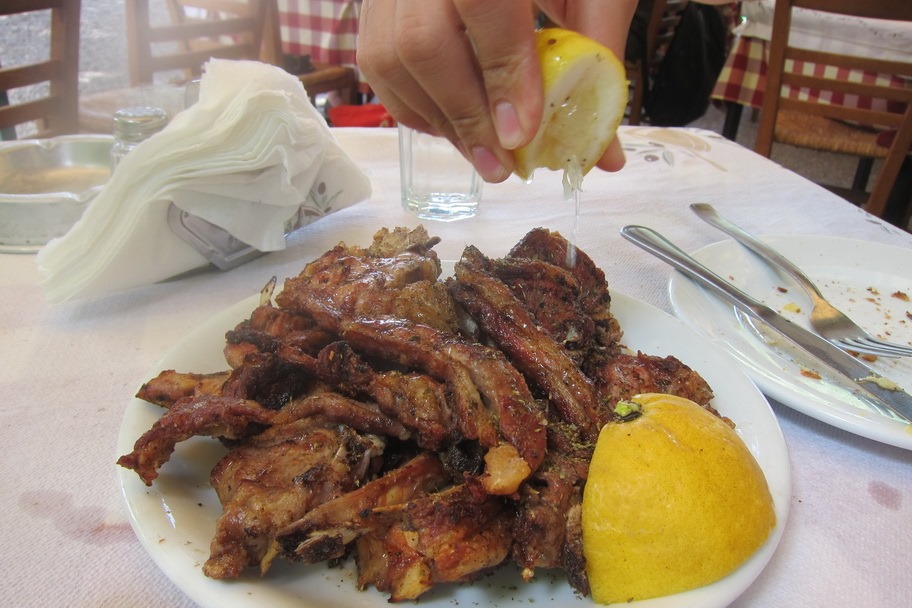 Last, but certainly not least, was the paidakia. It might not take you by surprise that we under-consume lamb here in the US compared to many parts of the world. The average American consumes .88 lb per year, compared to the average Greek who eats over 28 lbs of tasty lamb meat.

The chops here are masterfully done. Marinated with oregano, lemon juice, herbs, thyme and pepper the chops are grilled over high heat and served piping hot.

Abandon all dignity, ye who eat these, this is a take-to-face-eat-by-hand messy type of affair. So good.

Also, reasonably priced. With water and bread our whole meal came to 23 euros for two people.

Filling up on Souvlaki at Thanasis

The battle for best souvlaki in Athens is a hotly contested war, waged by rival souvlaki store owners in the most touristy parts of Athens. After reading reviews online, Mrs. Selfish and I decided to try Thanasis, a small restaurant located on Mitropoleos 69, near the Stathmos Isap metro stop.

Souvlaki is a popular Greek fast food and consists of grilled , skewered meat served with pita, onions, tomatoes and other spices.

Mrs. Selfish and I opted to try the pork and veal souvlaki.

The meat was salty, spicy and piping hot while the vegetables had a nice char. The fries were a useful starch for soaking up all of the fatty meat oils, while the raw onions mixed with herbs packed a nice bite.

Overall I was pretty pleased with this meal, though at 19.50 euros it was an expensive fast food option. I imagine there are much cheaper options elsewhere in the city, though sadly none of them were close to the Hilton Athens.

Craving some Greek Sweets at Karavan 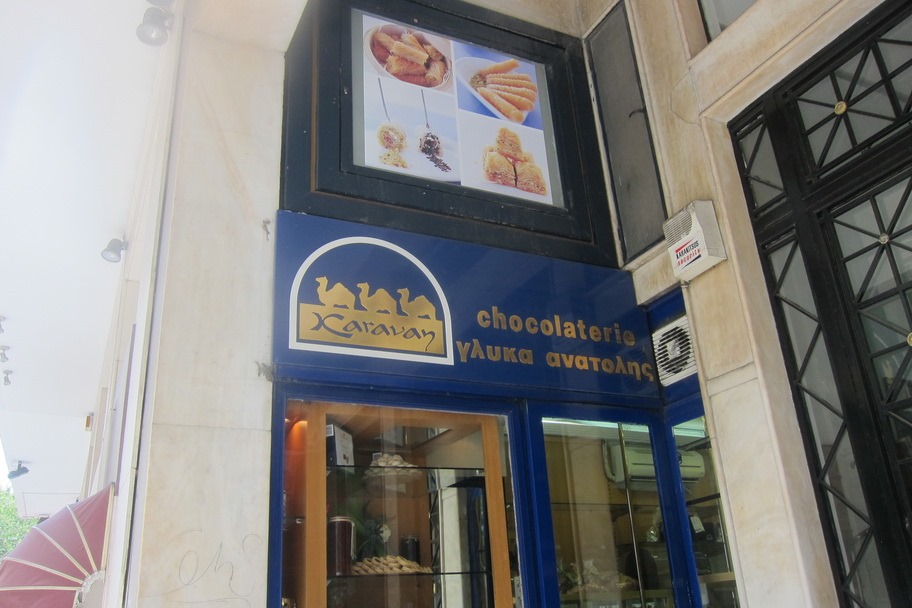 Our last stop on our Athens food tour was at the tiny bakery, Karavan. Located at 11 Voukourestiou near the Attika Department Store, Karavan serves up proper Greek baked goodies.

To be honest, I have no idea what we ordered – I just rolled up in there and started pointing at whatever looked good. And there was a lot.

These tasty Greek treats were somehow still crispy despite the fact that half of them were liberally soaked in honey. Some had pistacho-flavors, others were more citrus based, but they were all resoundingly good.

And the price for all these side-splitting goodies? Less than 4 euros.

That’s it for Athenean Eats! Join us tomorrow when we head inside to some of Athen’s cooler museums.