This is post thirteen of sixteen of our summer trip to Greece. Check out our other posts in the series here:

While researching the Greek islands, I discovered that Mykonos is known as a huge “party” island. Against our better judgment, particularly since we are not (and never have been) rambunctious party-goers, Mr. Selfish and I still decided to spend two days in Mykonos. It just looked so lovely in all of the photos I saw online.

Well, we were not let down. Mykonos is indeed as pretty as the photos but also full of young, loud, and drunk party-goers as its reputation would have you believe. Mr. Selfish will go over the party side of Mykonos in a later post. This post will focus on all things pretty in Mykonos.

One of the first things you can see from the Mykonos port is the seven iconic windmills on the hill right outside of Chora (Mykonos old town area). Most of them were built by the Venetians between the 16th and 20th centuries. They were primarily used to mill wheat and are, of course, no longer in use today. 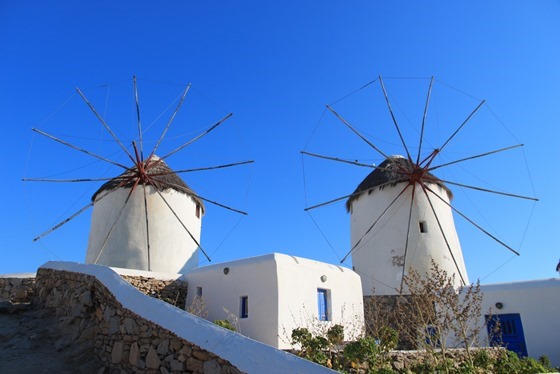 Another remnant from the Venetians is the waterfront area in Chora. It is actually known as “Little Venice.” Mr. Selfish and I tend to value food quality over a scenic view in choosing a restaurant, so we didn’t have any meals in Little Venice. But I must admit it was quite pretty. 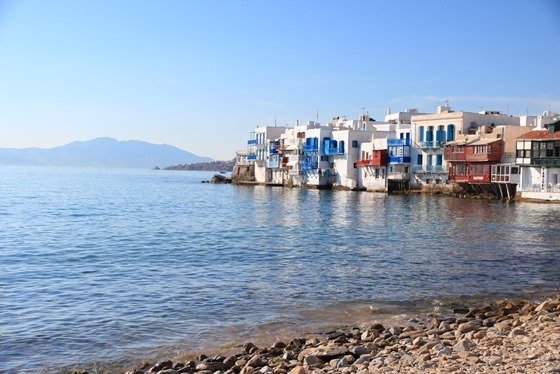 Mr. Selfish and I also enjoyed the old churches in Chora. Who doesn’t love these iconic white buildings? 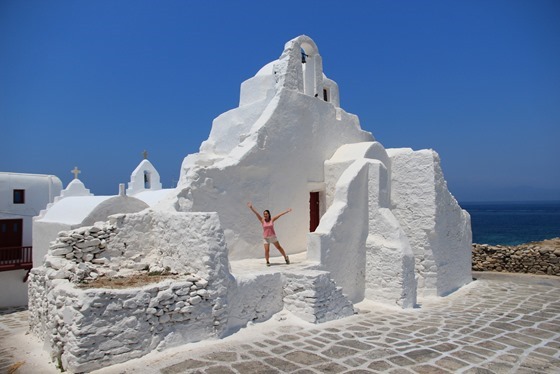 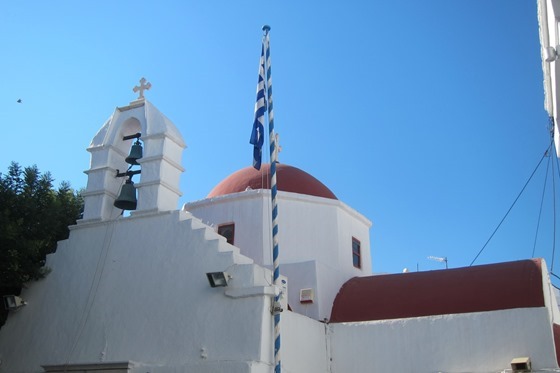 We mainly visited Chora during the daytime to avoid the party revelers. It was very cute, although a bit hot and humid. 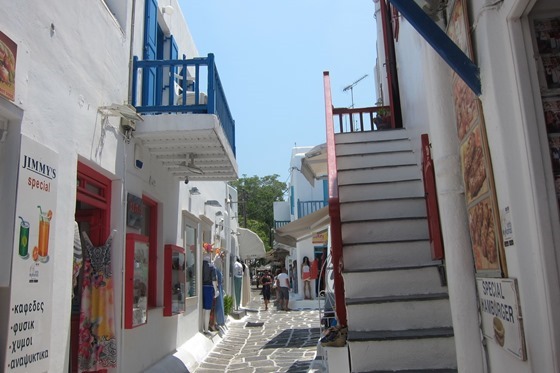 Mr. Selfish and I also ventured out to the beach in Mykonos. There are tons of beaches from which to choose. We generally just wanted to avoid the “body shot” beaches, such as Paradise or Super Paradise. We settled on Fokos Beach, which is in the northeast part of the island. 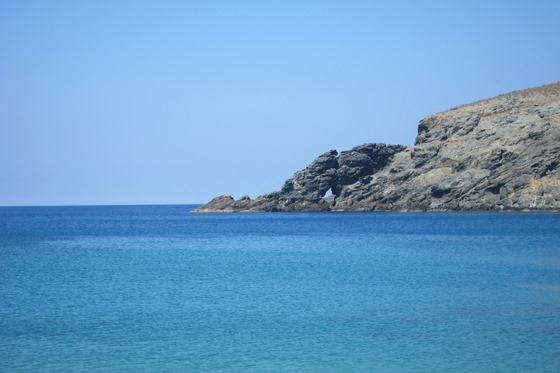 Fokos was a pretty chill beach with what seemed like local families basking in the sun. Mr. Selfish and I swam around for a bit and then hid under an umbrella to avoid sun burning.

We also visited a small fishing village near Kalafatis Beach. Mr. Selfish and I chose one of the small restaurants run by a local female fisherman. 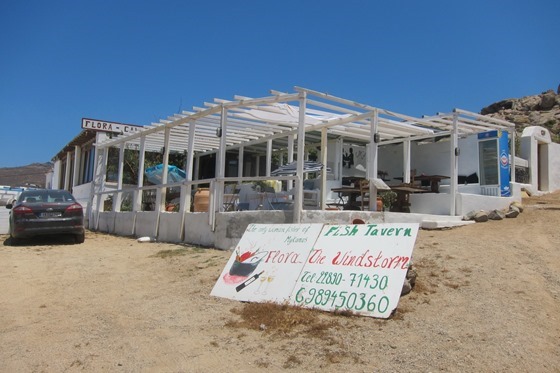 The waitress brought out the fresh fish of the day and we chose a fish for some fish stew. It was delicious!

Mostly, we just enjoyed the quiet side of Mykonos from our little apartment. We had a great view of Chora from our private balcony, especially at sunset. 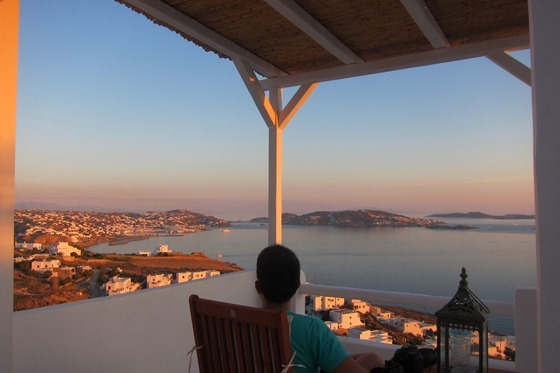 In tomorrow’s post, I’ll go over our day trip to Delos, which is an island with an impressive amount of ruins near Mykonos.