This is the fourth of seven posts on the Selfish’s customized Game of Thrones tour. Check out the other posts here:

After an exciting day traversing the North Eastern side of Northern Ireland, Mrs. Selfish and I settled into our new base camp at Port Stewart. Located just west of Portrush and Giant’s Causeway, Port Stewart is a quaint, seaside town.

After a brief chat with our B&B owner, we learned we had just missed the Game of Thrones crew, who had been in the town a week earlier filming on the local beach!

Zounds! We were hot on the trail. (Also, not my pic)

Landing on the Beach in Dorne: Port Stewart

Without further adieu, Mrs. Selfish and I rushed to the Port Stewart beach, located on the west side of town. The beach itself was rather-beachy, windy, and cold – though I could see how it could be excellent under other conditions.

Doing some quick research on our B&B’s wifi, we also found out it was a filming location for Jamie Lannister & Bronn (spoilers?). Here’s a shot that Belfast’s Photopress captured as you can tell from their snazzy, massive watermark.

And the beach itself. Interestingly, that weird dome-y building in the back is the location of another Westeros mainstay: Dragonstone!

Update: Port Stewart is indeed where a number of Dorne shots were held. Including Jamie and Bronn’s fight with some Dornish guards, and the introduction of the Sand Snakes. 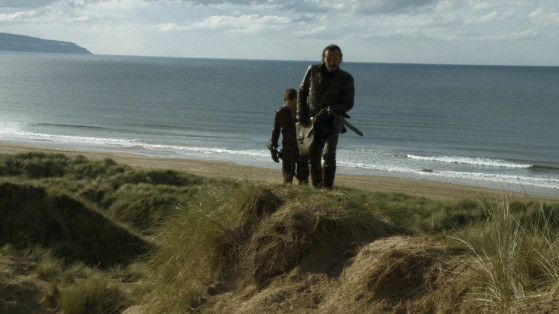 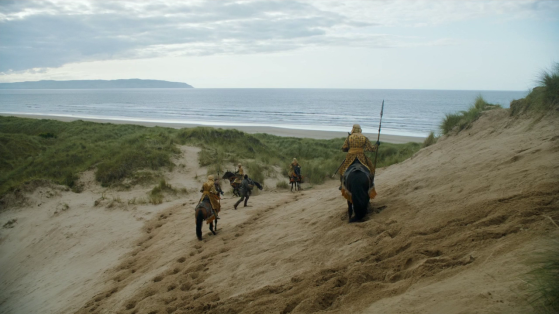 On top of Downhill Beach is the iconic Mussenden – a tiny temple perched dramatically 120 feet above the ocean.

It’s a beautiful walk – taking a little over an hour from the car park to the temple itself. There are also ruins of an ancient fort up top.

Sadly, no Game of Thrones scenes were shot here. It’s only when you go to the Western side of the beach (down from the Mussenden) that you reach the beach where Stannis Baratheon burned effigies of the gods on the command of the Red Woman.

Not quite the same during the day, but it was pretty slick to see how the GoT CGI team transformed the beach and removed the temple.

Due east of Port Stewart, and next to Giant’s Causeway, is the famous Carrick-A-Rede Rope Bridge. The bridge is 20 meters long and sits 30 meters above the ocean.

Totally not my pic. It was windy & rainy when we went.

Unfortunately, the bridge was closed due to high winds, so we were unable to tackle the bridge. This was excellent news for our Game of Thrones Tour, however, since we were actually there to check out Renly’s Camp from Season 2, which happened to be filmed in the Carrick-A-Rede Parking Lot. 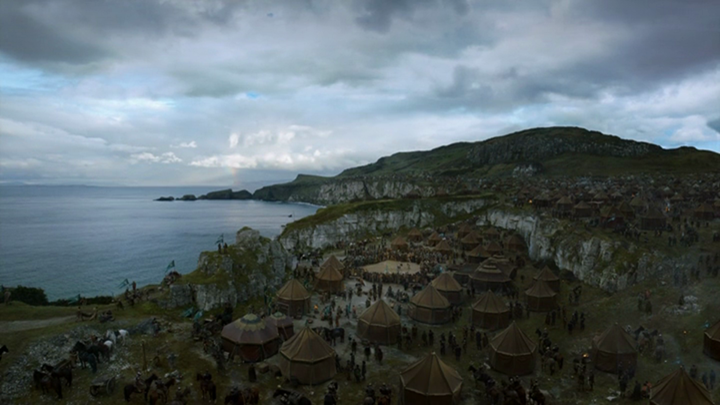 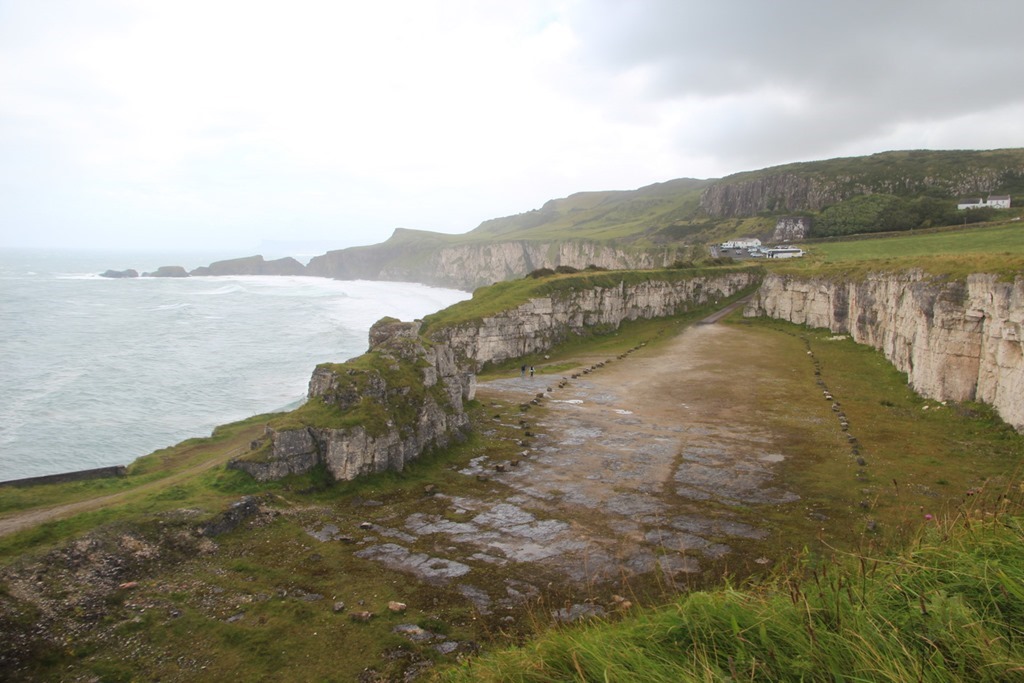 Yeah, normally this would be chock full of cars. Thanks, shitty weather! 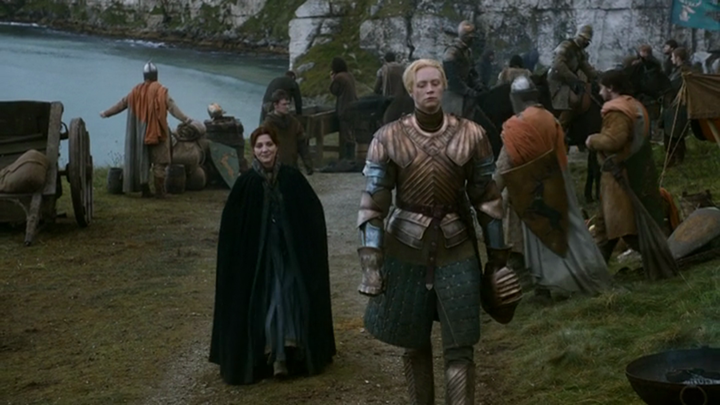 And that wraps up Day 3 of our Game of Thrones tour. Join us tomorrow, when Mrs. Selfish jumps on a plane for Croatia… and Braavos.

1 thought on “Day 3 in N. Ireland: Dragonstone, Renly’s Camp, and a Trip to Dorne”