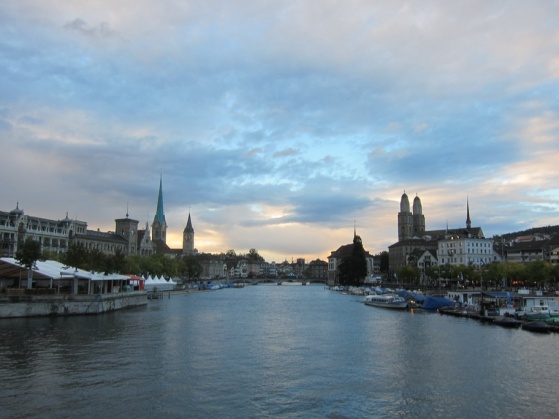 I can’t decide whether I like them better at dusk, night, or daytime, so you can judge for yourself.

END_OF_DOCUMENT_TOKEN_TO_BE_REPLACED

Mr. Selfish and I have a difference of opinion on certain types of food.  While I love fondue and hot chocolate, he can do without both.  However, when we came to Zurich, Switzerland, I knew that we would have to try the specialties of the region, so I forced him to eat fondue and drink hot chocolate.  Yes, I know – it’s a horrible existence for Mr. Selfish.

We tried two fondue places.  Through these two places, we gleamed a few things about Swiss fondue.  First, the Swiss don’t serve many veggies with their cheese fondue.  The options were either bread and potatoes, tomatoes, or pickles.  Second, cheese fondue is quite filling.  Third, the best part of the fondue is the hardened cheese at the bottom of the pot.  It takes some scraping but it’s completely worth it.  Fourth, the Swiss don’t serve chocolate fondue for dessert.  Surprising, I know.

The first fondue restaurant we tried was Raclette Stube, which was a small little restaurant serving only fondue.  Raclette Stube was very delicious and, as we learned later, very well-priced.  We also enjoyed the ambiance of the small restaurant. 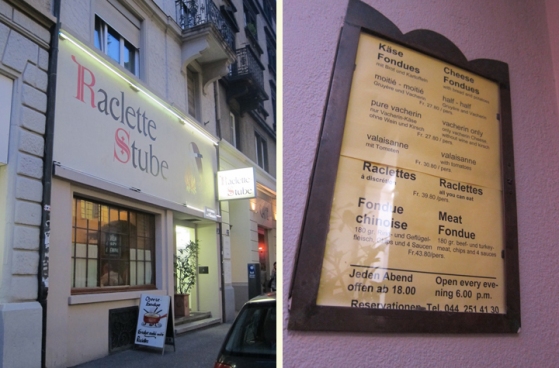 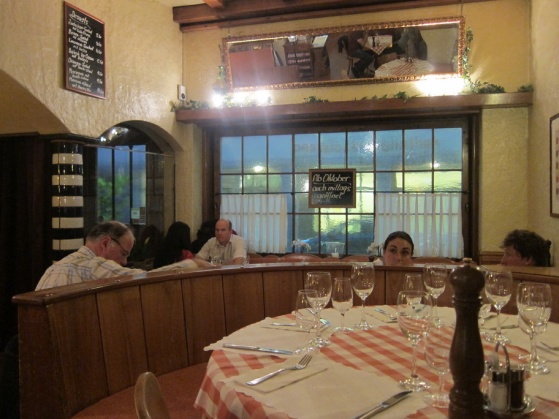 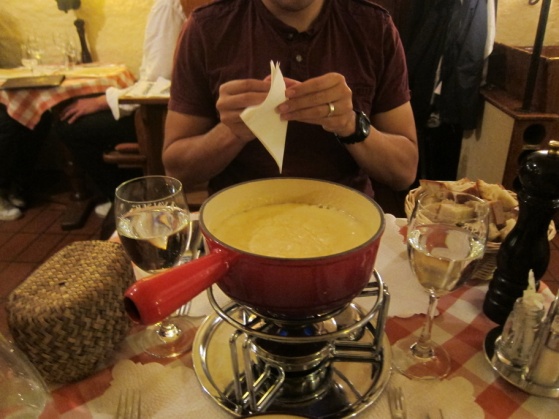 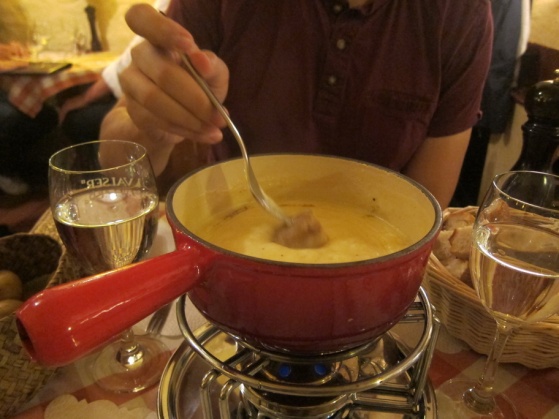 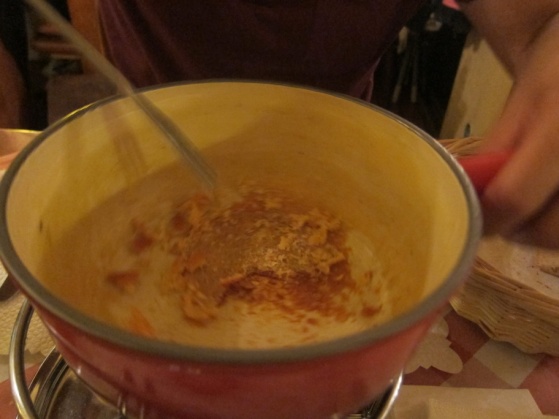 END_OF_DOCUMENT_TOKEN_TO_BE_REPLACED

Mr. Selfish and I spent two days in Zurich, Switzerland.  As soon as we arrived in Zurich, we noted the beautiful Zurich Lake that was within walking distance of our hotel.  The sun was starting to set, and the Lake was absolutely lovely.  I saw that there were boat cruises that seemed reasonably priced and figured that we would try it. 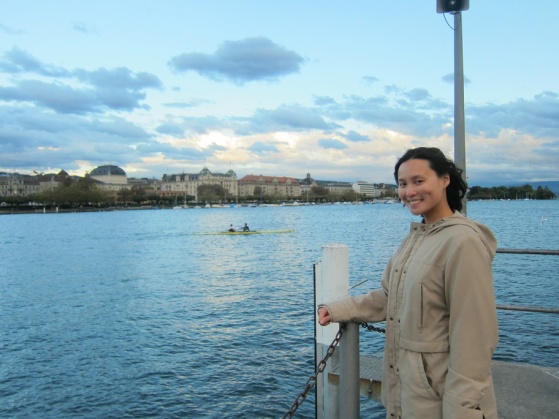