Although Angkor Thom is not as well known as Angkor Wat, it is every bit as epic. Angkor Thom (translated as the “Great City”) was built in the late twelfth century by King Jayavarman VII as the capital city of the Khmer empire. It is a walled city with a surrounding moat.

There are four gates into Angkor Thom with the most scenic gate being the South Gate. The road leading to the South Gate is lined with many different sculptures – all with different expressions on their faces and in varying states of repair. Each gate is then crowned with four faces. 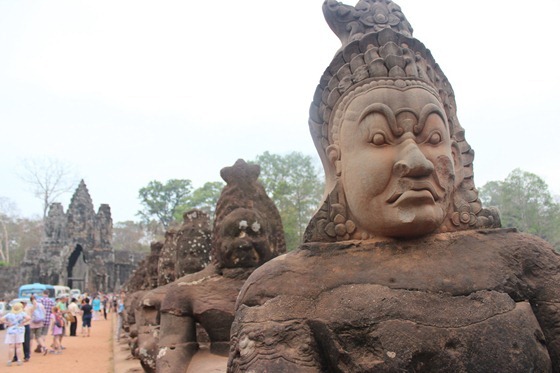