This is post six of twelve on our autumn trip to South Korea. Check out the other posts in this series here:

Mrs. Selfish and I initially planned to stay in a hanok, a traditional Korean hotel, during our one night stay in Gyeongju. Unfortunately, the more pregnant Mrs. Selfish became, the less comfortable we thought she’d be. Especially since sleeping in a hanok means sleeping on a pad on the floor and using an external bathroom, something which no pregnant woman would be excited to try.

Fortunately, Gyeongju is a major Korean tourist destination and is an odd mix of history, theme parks, and kitschy attractions which means they have a ton of chain hotels (though oddly, no Hard Rock cafe). Since Mrs. Selfish had a fair number of HHonors points on hand, we decided to book a night at the Hilton Gyeongju. 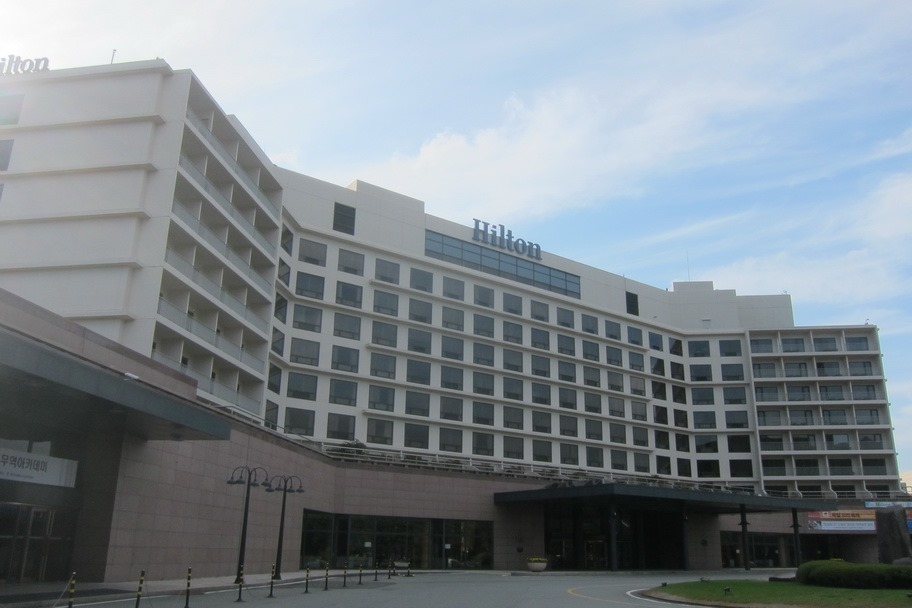