Mr. Selfish and I were surprised to find that Xi’an has a large Muslim population. We decided to wander around the Hui Muslim Quarter, which is primarily off of Huimin Street, and sample different types of Chinese Muslim food. The quarter is quite near the drum and bell towers, which are very scenic at night. 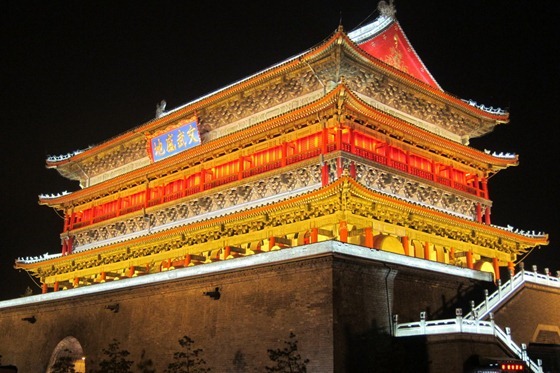 First, Mr. Selfish and I sampled some crispy pancakes filled with meat and herbs. They were quite delicious even if they were a bit on the greasy side. 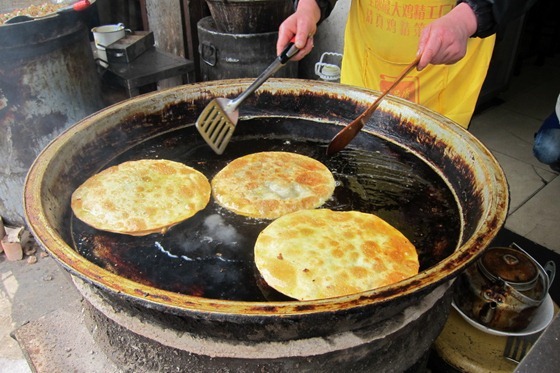 Next, we sampled some plum juice. To celebrate the sugar high, Mr. Selfish took some silly photos of me. 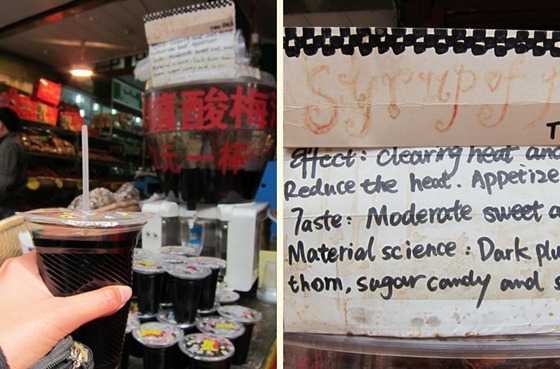 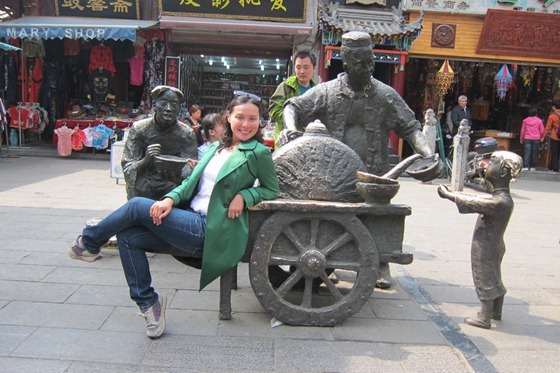 We then had lunch at a little restaurant called Laobaijia Diced Pancake in Beef, which is located at 178号 Beiyuanmen. Surprisingly, the restaurant is known for its lamb soup mixed with pita and noodles. It was the oddest soup I’ve ever had. It had a very strong anise flavor and was full of lamb, pita, and noodles. It was quite a healthy serving. Luckily, Mr. Selfish and I only shared a single bowl. 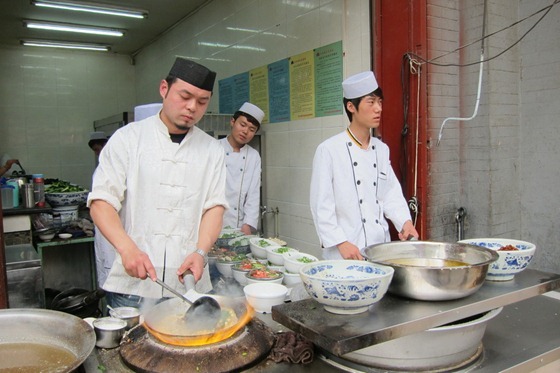 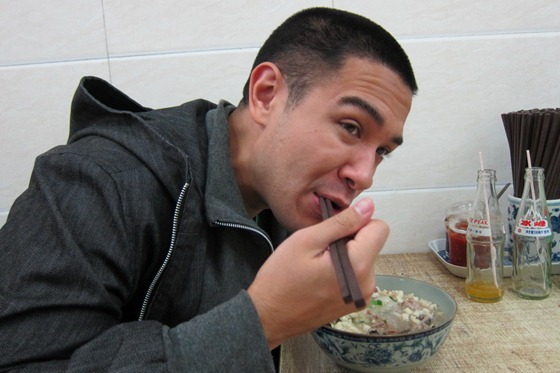 Later that night, we came back for dinner. The meat on a stick options were quite diverse. I ordered two sticks, which both ended up being squid. The squid was tender and well-marinated. 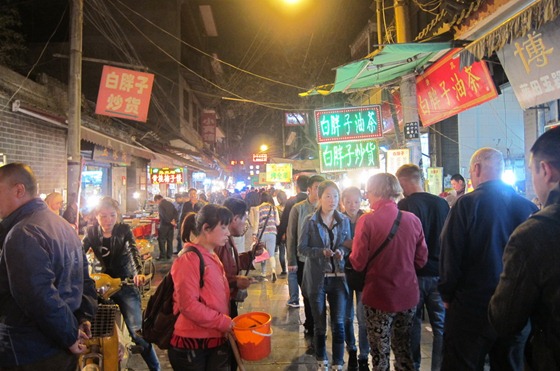 Mr. Selfish’s favorite street snack was the pita with lamb meat. It kind of tasted like a corned beef sandwich. The meat had been slow-cooked to perfection.

As we were walking around, we heard the sound of hammering. It turns out that they were pummeling peanut brittle into submission. I wasn’t able to snap a photo but you can see the flattened peanut brittle below. It was very tasty, more savory than sweet, and had a much softer consistency than the peanut brittle I’ve had stateside. 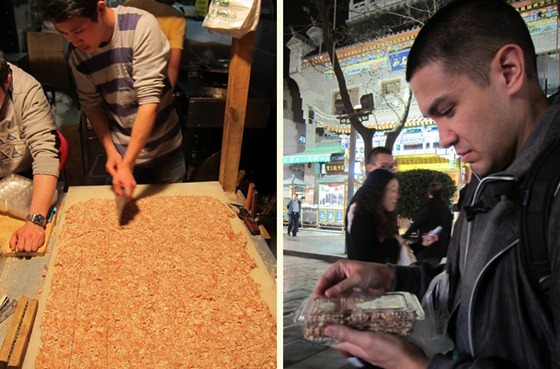 Otherwise, we just browsed the market. We purchased a decorated bull mask. We subsequently shipped it back to my parent’s house. Hopefully, it makes it back in one piece. Finally, I saw the biggest durian fruit ever. 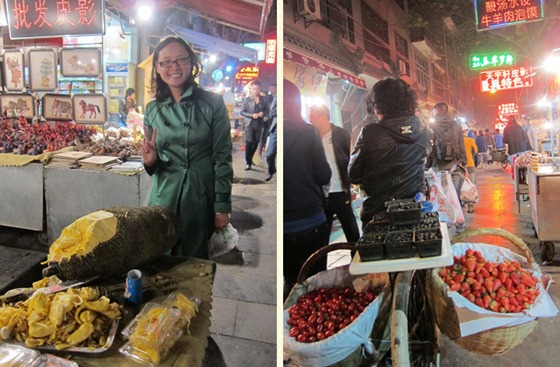 The Hui Muslim Quarter was full of interesting sights, sounds, and amazing food. Not only was the food different and tasty, but it was all very well-priced. I highly recommend it if you visit Xi’an!

1 thought on “The Delicious Food of the Hui Muslim Quarter”