Of the primary Asian cuisines, Mr. Selfish and I probably have the least amount of experience with Korean food. We didn’t officially become foodies until our time in Orlando, which does not have much of a Korean food scene. As a result, we knew that we had to maximize our time in Seoul and try as many Korean food as possible.

Bulgogi is grilled marinated beef, and it was listed as #23 on CNN Go’s list of the world’s most delicious food. The meat is typically marinated with soy sauce, sugar, sesame oil, garlic, and pepper. It is then grilled and served with lettuce and a dab of ssamjang (a thick spicy paste).

We ate bulgogi from a little restaurant across the street from the Westin hotel that I had discovered from a thread on Chowhound. The restaurant didn’t have an Internet presence otherwise and seemed to be called “Korean Restaurant.” It was quaint, had a great atmosphere with jazzy music, and had traditional real-wood grills for each table. 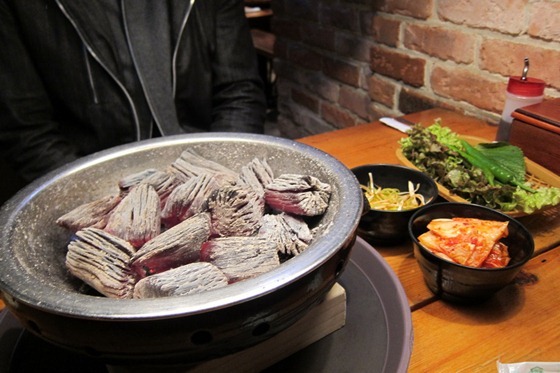 The owner cooked the meat for us, so Mr. Selfish and I didn’t have to fumble around with it. The ventilation system was top-notch, and our clothes were surprisingly spared the smell of delicious grilled beef. 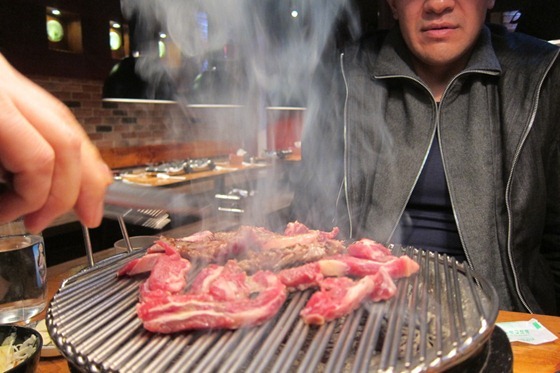 Our bulgogi order came with a couple of side dishes, a soup and an omelet of sorts. The beef was, of course, the star of the meal. It was tender and very flavorful due to the marinade. We ate it with the lettuce and ssamjang, plus some raw onions and whole grilled garlic. Yes, our breaths were something else at the end of the meal. But it was worth it; it was utterly delicious!

Next, we tried some galbi, which is marinated and grilled beef or pork short ribs. It is similarly marinated and served with similar garnishes as bulgogi. We decided to try WooSung Galbi (우성갈비), which was located at 372-40 Sindang 3(sam)-dong. There was no English signs so we had to decipher the Korean characters. Once we made it inside, we knew we were at the right place. 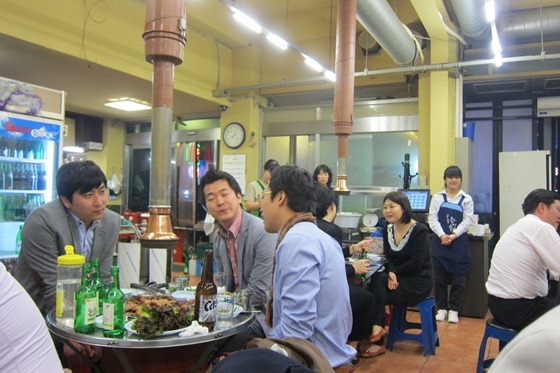 This time, we had to cook the galbi ourselves. It seemed like our short ribs were taking much longer to cook than at other tables but that may have just been the hunger speaking. It was worth the effort though, because that marinade was mighty delicious. We also had some soju, which is a distilled beverage in Korea whose taste is compared to vodka. Man, that stuff was strong.

Finally, we tried bibimbap at two different places. Bibimbap is typically served as a bowl of warm white rice topped with sautéed vegetables, chili pepper paste, sliced meat, and some sort of egg. The first place we tried was Namsangol Sanchae Jip (located at 8-16 Yejang-dong (93 Sopa-ro)). I had the mushroom bibimbap, and Mr. Selfish had the standard. 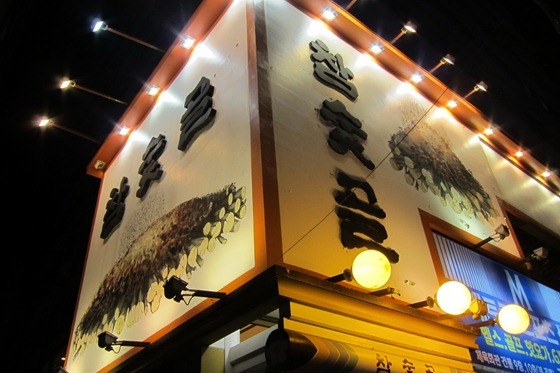 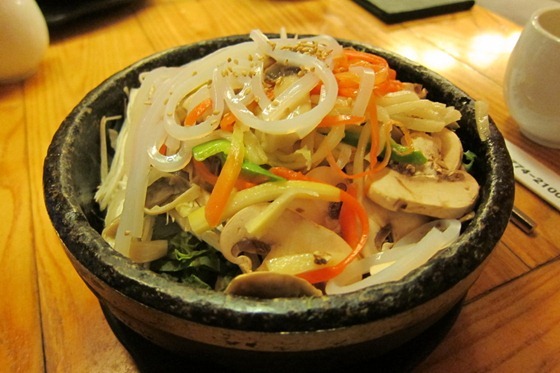 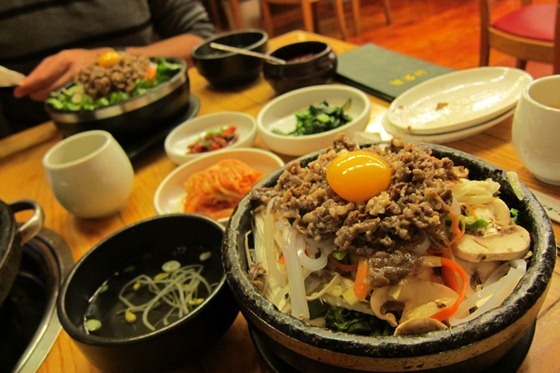 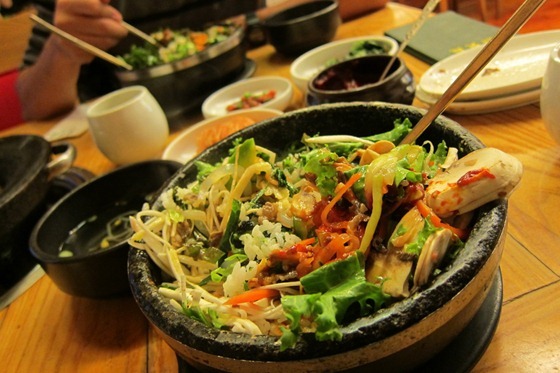 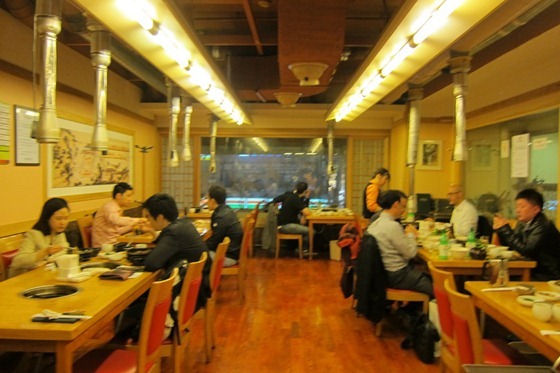 Both were delicious. I particularly enjoyed mine since I love mushrooms and had never tasted a mushroom bibimbap before.

Next, we tried a chain bibimbap restaurant called Bibigo. We visited the one located at the Gwanghwamun Official Building Sinmunno-1-ga, Jongro-gu 110-999. Here, you had the ability to customize your bibimbap by choosing your rice (white, black, brown & white, or barley & white), your meat topping (bulgogi, chicken, pork, or tofu), and your sauce (kohot, citron soy, sesame, or ssam). 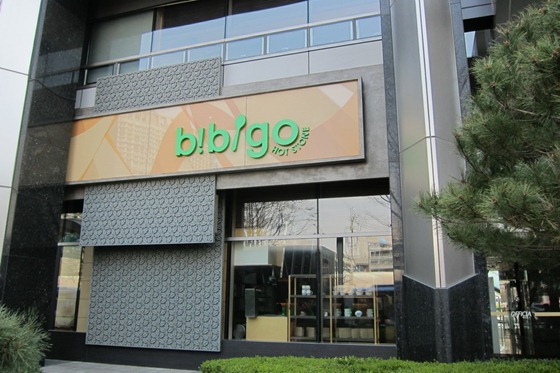 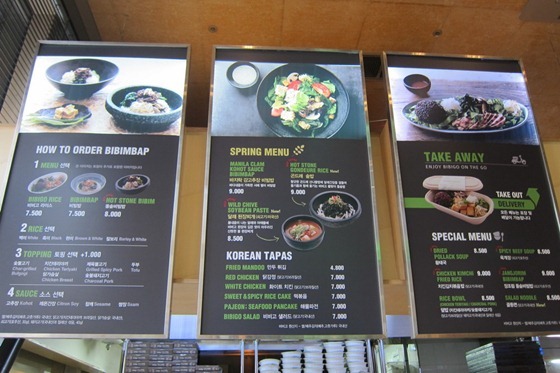 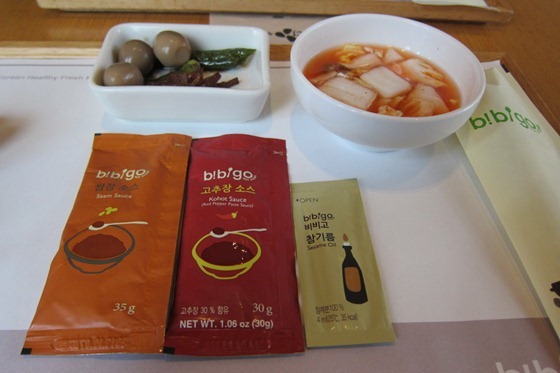 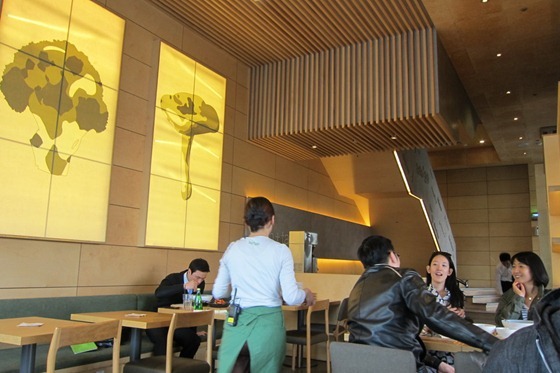 I loved the ssam sauce, and the hard-boiled quail eggs were a nice touch. The rice was nice and crunchy with a bit of a yummy char. Mr. Selfish preferred the bibimbap here as opposed to the one he had at Namsangol Sanchae Jip. It was a toss up for me because I really enjoyed the mushroom bibimbap as well.

Of course, this wasn’t all the food we tried in Seoul. Mr. Selfish was on the hunt for some delicious Korean fried chicken. What I didn’t expect was to find delicious chicken noodle soup too. I’ll go over the chicken we tried in Seoul in a future post.