Mrs. Selfish and I visited Sydney a total of three times during our Selfish Year of travels, since Sydney is the major airport in the Oceania region. During our first stay, we stayed with family in the Manly area. For our second stay, we rented a flat downtown – in the seedy red light district.

Our third and final stay was different, however. Having booked us flights to Cairns to dive the Great Barrier Reef I was having a heck of a time finding a flight that would connect us through Sydney in time to catch our flight to Tasmania.

At the Park Hyatt Sydney.

Getting there & Booking the Award

The Park Hyatt Sydney is located at the far side of Circular Quay, underneath the Sydney Harbour Bridge, directly across the bay from the Sydney Opera House.

There are tons of options to get from the airport to the hotel, but Sydney is a very, very expensive city. A cab can easily run you over $55 and up, and a shuttle isn’t much cheaper.

If you’re arriving around rush hour, I’d suggest taking the train. A ticket costs around $16, and takes 18 minutes to reach Circular Quay. From there it’s a 1km walk to the hotel, which is a quick $8 cab ride.

Only enough time to take pictures of the gym – sorry, body!

As a category 6 Hyatt property, the Park Hyatt Sydney runs a cool 22,000 points, which I paid for by transferring over Chase Ultimate Reward points. Since I had booked the stay during Mrs. Selfish’s trial diamond period, I decided to request a deluxe opera room. The hotel contacted me back, confirming that they would try and award us the room pending availability.

Here’s where it gets interesting.

Mrs. Selfish’s temporary diamond status expired several weeks before we arrived at the hotel, so she was a lowly platinum at the time of arrival. The hotel, however, must have notated her account upon my request and never bothered to check again, because when we arrived they thanked her for her loyalty and confirmed all of her diamond benefits, including an upgrade to the deluxe opera room and free breakfast – score!

With only 15 hours to enjoy the hotel, Mrs. Selfish and I immediately set off for our room. Where the Park Hyatt Tokyo was a little Spartan on decorations, the Park Hyatt Sydney went all out. 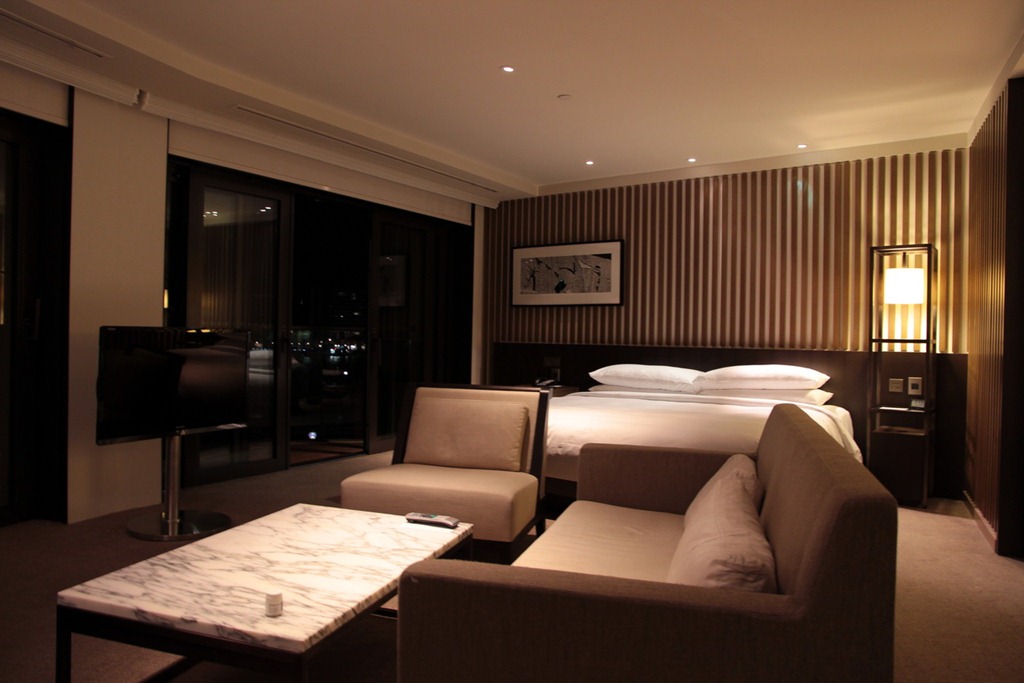 The deluxe opera room is massive, clocking in at a whopping 75 square meters. It also came with a set of bose speakers + ipod dock. Had we had time, we could have hooked our computer up to the TV to watch movies, a feature every hotel should have. 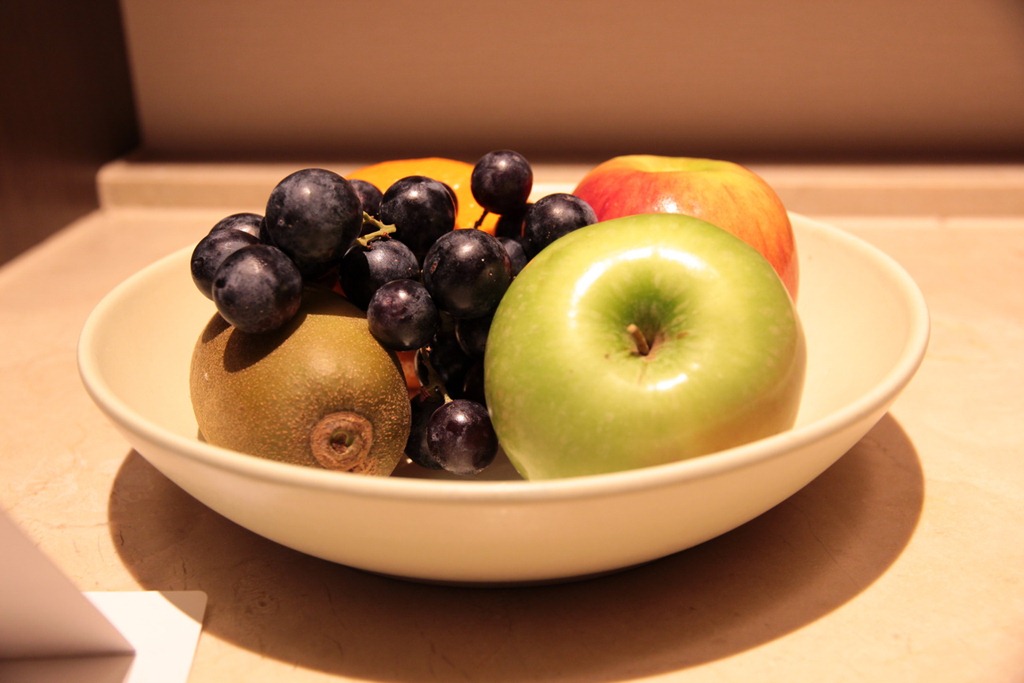 While the room was nice, the bathroom was excellent, featuring a Japanese Toto toilet with a separate sink, his and her sinks in the main bathroom, an awesome waterfall shower, and a bathtub for two. 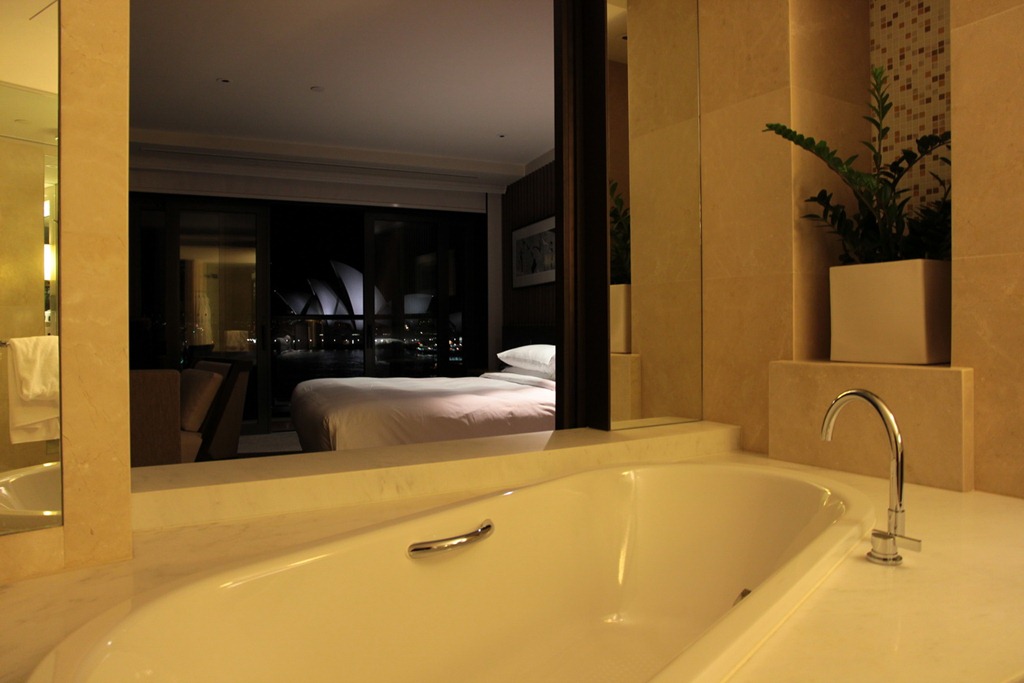 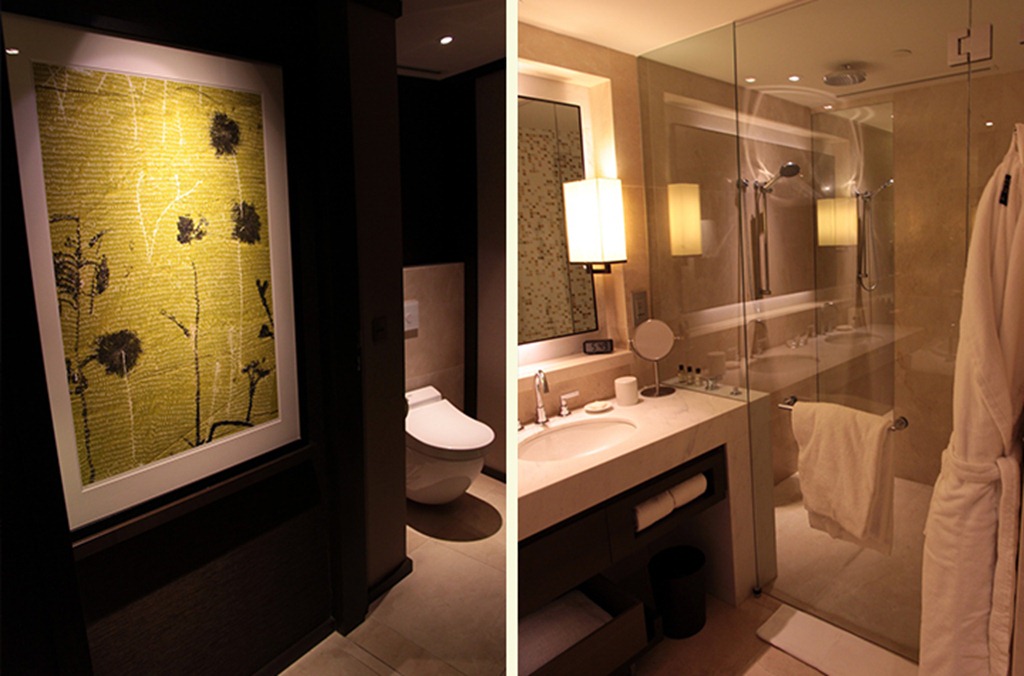 That being said, the most impressive feature were the two balconies outside, which came with the best view in Sydney! 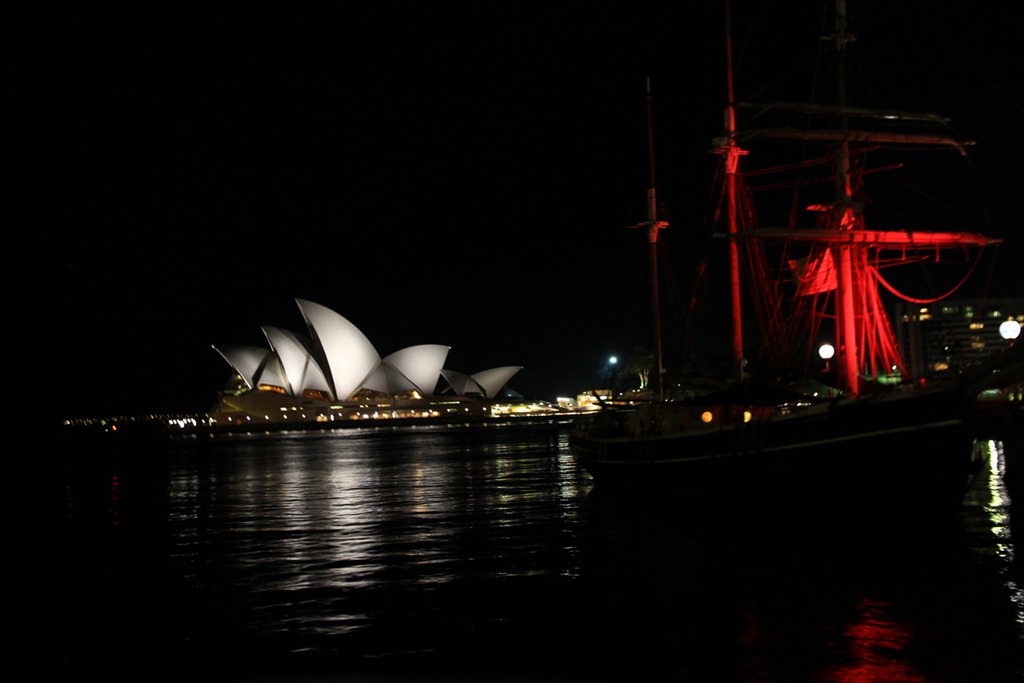 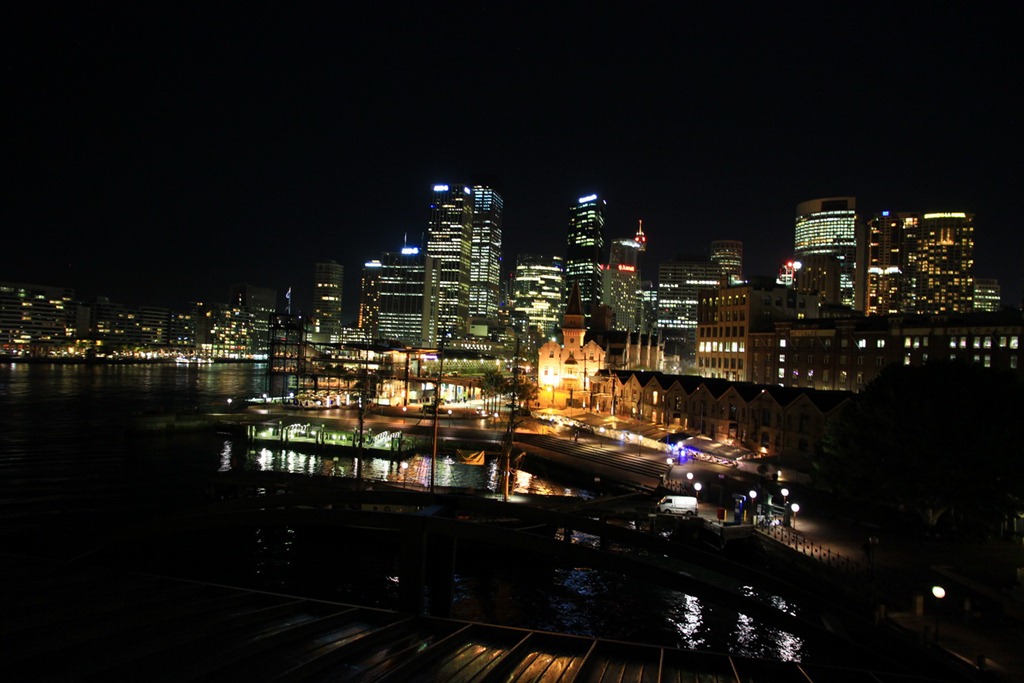 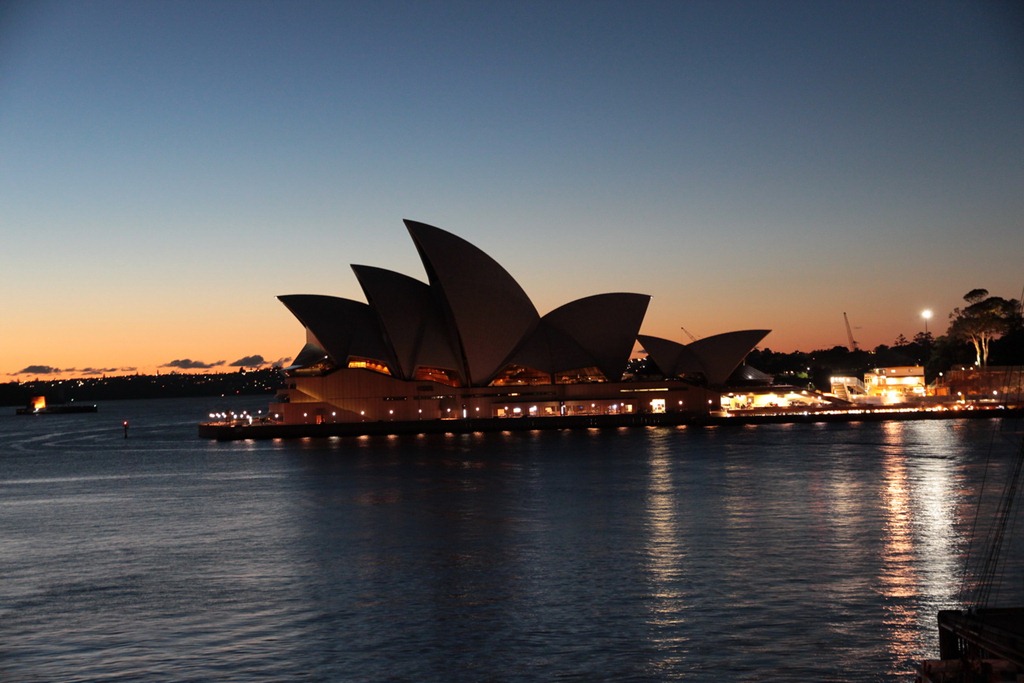 Breakfast with a View

We woke up at 6:30am to catch the sunrise and breakfast. The breakfast buffet was filled with your pretty standard continental fare, though the pastries were quite fresh. 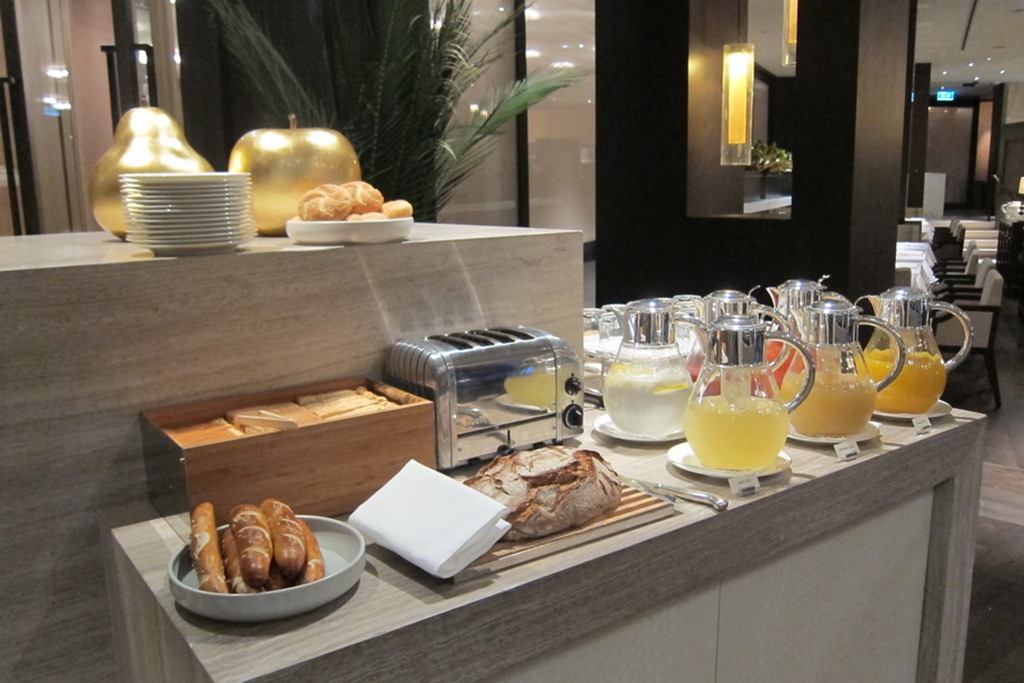 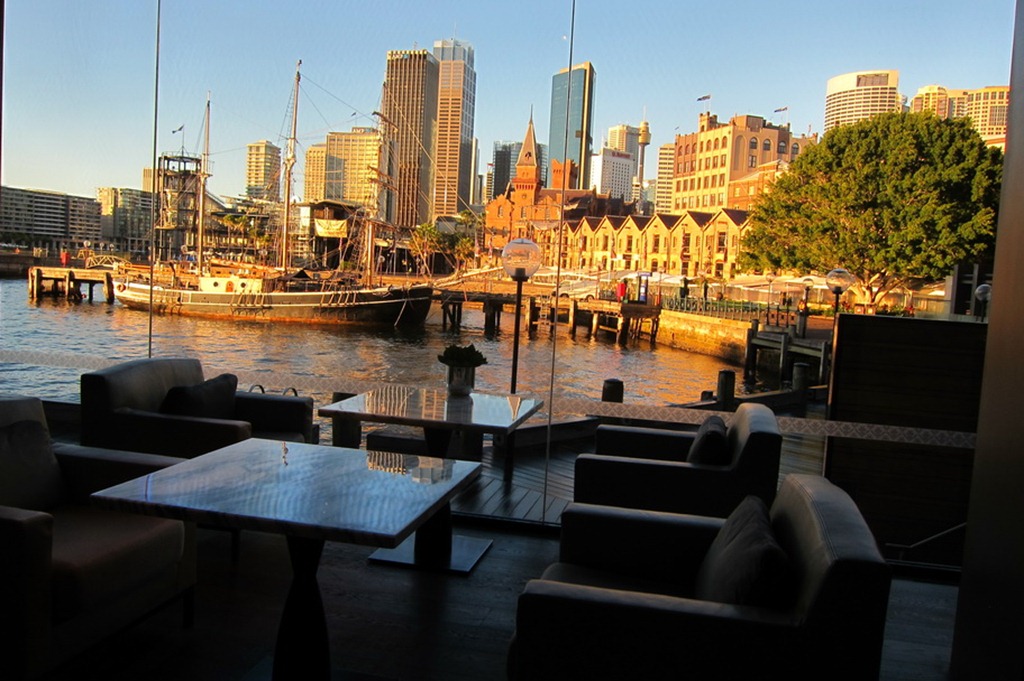 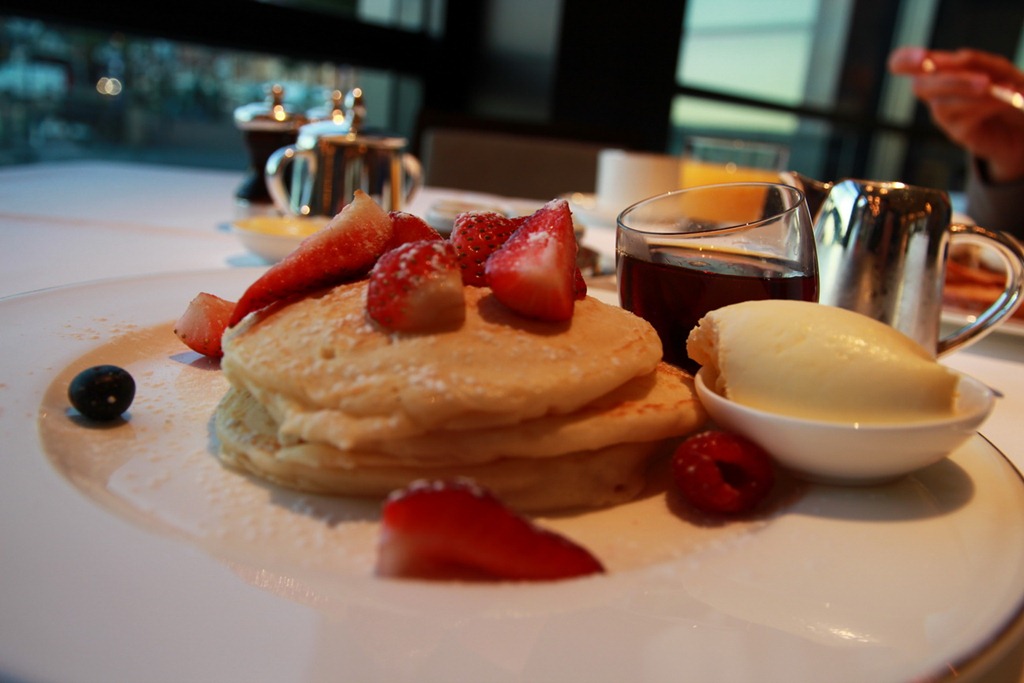 The pancakes tasted like your standard mixture deal, but were nice and fresh with two different types of butter.

The corned beef hash, on the other hand, tasted like it was made from scratch, and was mind-blowingly good. The chips were excellently seasoned, and the poached eggs were cooked to perfection.

The Park Hyatt Sydney is jaw-dropping, classy affair, with breath-taking views and an elegant atmosphere. With only 15 hours in Sydney, I had just enough of a taste to see what it had to offer, and now I wish I had had more! If you’re undecided, let me be the first to say it’s definitely worth the 22,000 Hyatt points, and “book it, book it now!”